If you weren’t impressed by the rest of the wares shown off today by Microsoft at their Surface 2 event, there’s one accessory you must have missed. This is the Surface Remix Project – one of a line of devices that’ll be coming from the company in the near future to make use of the Surface 2 and Surface Pro 2‘s ability to work with quick-attach keyboard and touch accessories. Here we’re aiming at touch-loving DJs with a drum machine vibe and intentions wholly musical.

UPDATE: This cover’s name specifically is Music Cover, part of a Music Kit with its software aimed at musicians in the near future. This is, again, one of many Remix Project devices slated for the future. 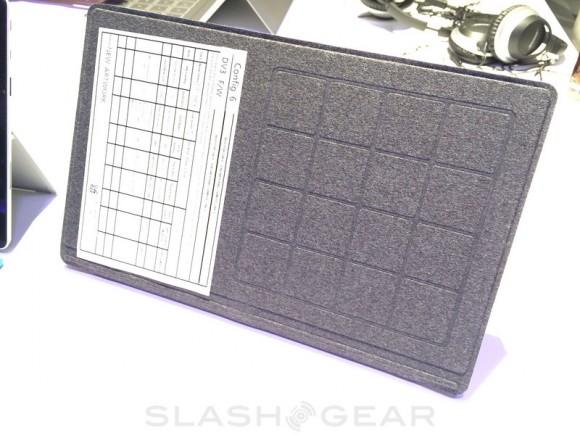 This particular entry in the Surface Remix Project – likely re-named in some way or another by the time its formally released – works with a variety of buttons and sliders. These outlined touch-sensitive bits make full use of the technology Microsoft has developed for their newest generation of Surface keyboards. You’ll find a total of 16 numbered buttons, eight keys for menu control, playing, volume, and etc, and three sliders for whatever your heart desires to slide. 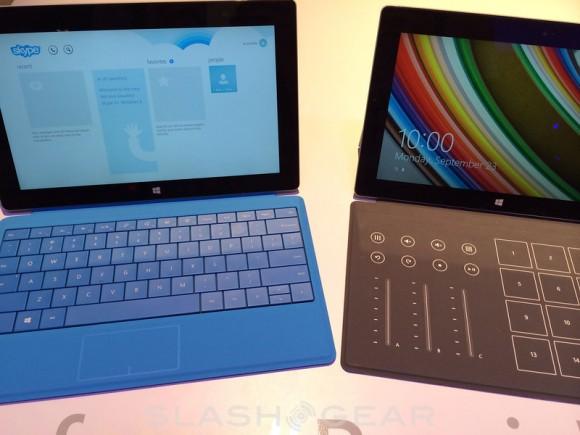 You’ll find this device hitting the DJ studios and turntable stands in the upcoming months – it’s quite likely Microsoft will be sending them out to prospective artists to promote the device well before it’s actually released to the public. Meanwhile the Surface 2 and Surface Pro 2 will be appearing one month from yesterday – just in time for Halloween.