If there were a way to make Microsoft’s efforts with software for the Surface Duo work on a device like the LG V60 ThinQ, it’d be great. The latest leak of the Microsoft Surface Duo shows a device that’s on the cutting edge of feature functionality. It’ll be like a book, opening with a pair of displays that run software that’ll function sort of like a tablet, sort of like a phone, sort of like a laptop – but it’s not out yet. This device is leaking with a steady drip, drip, drip.

What you’re about to see was leaked this week before Microsoft could stop it from appearing. Or so we’re lead to believe. One could assume that Microsoft would want to avoid the far-too-long release period and unmitigated PR blast failure of Google Glass when it comes to this also early-access device in the Surface Duo. If that were the case, this would indeed be an unwanted leak.

The leak shows a system with which the user gets different UI depending on how far the two-display-toting device is pulled open. If opened just a tiny bit, only a little bit of actionable info and buttons are shown. If pulled open all the way, the full UI appears, ready for tapping. 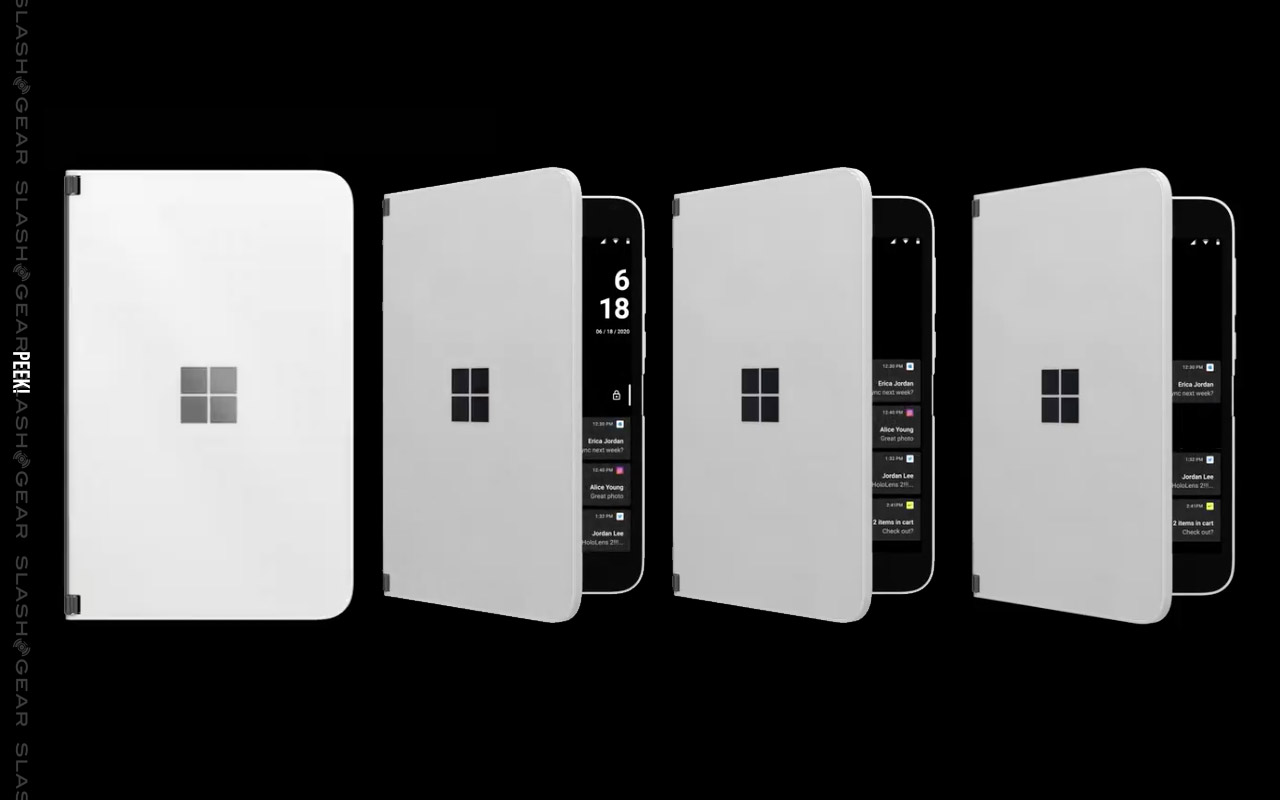 Above you’ll find the Twitter posts with the brief UI video spots – but just in case they do not appear for you as expected, the images above also show these new actions. Take a peek in the timeline below for additional Surface NEO and DUO insight.

SIDENOTE: While this feature likely does not require mobile data to function, it’ll be interesting to see this speed at work with what’s afforded the future with 5G. Imagine all of this as a webpage, able to send and receive new data without a hiccup. That’s what a true 5G network would bring.

This looks like an interesting start to something great at Microsoft. If what we’ve seen so far from the Surface NEO and Surface DUO continues to evolve at this pace, the company could be making a pair of winners. This might well be the future – or at least Microsoft’s part of the future from a mobile work perspective.

And again – if only the efforts shown by the developers working on the software for the Surface Duo (and other similar Microsoft Surface devices) were present over at the company that makes the LG V60 ThinQ and its dual-display accessory, we might have a ready-for-consumers piece of hardware on our hands. Until then, we’ve got Android!