Surface Book with Performance Base Review

The Surface Book was one of Microsoft’s best-kept secrets last year, but the company isn’t holding back when it comes to talking up its Performance Base upgrade. Landing in time for the holidays, the new model is actually only 50-percent changed: while the screen-turned-tablet is the same as before, the keyboard section has been squeezed full of extra graphics potency and more battery life. That doesn’t come cheap, mind, with this newest model starting at $2,399.

You’d be hard pressed to spot the difference between the original Surface Book and this refresh. For the most part that’s no bad thing, mind; even more than a year past the form-factor’s surprise reveal in late 2015, it’s still one of the most distinctive notebooks out there. Its snake-like hinge and party trick with the detachable screen still get attention. 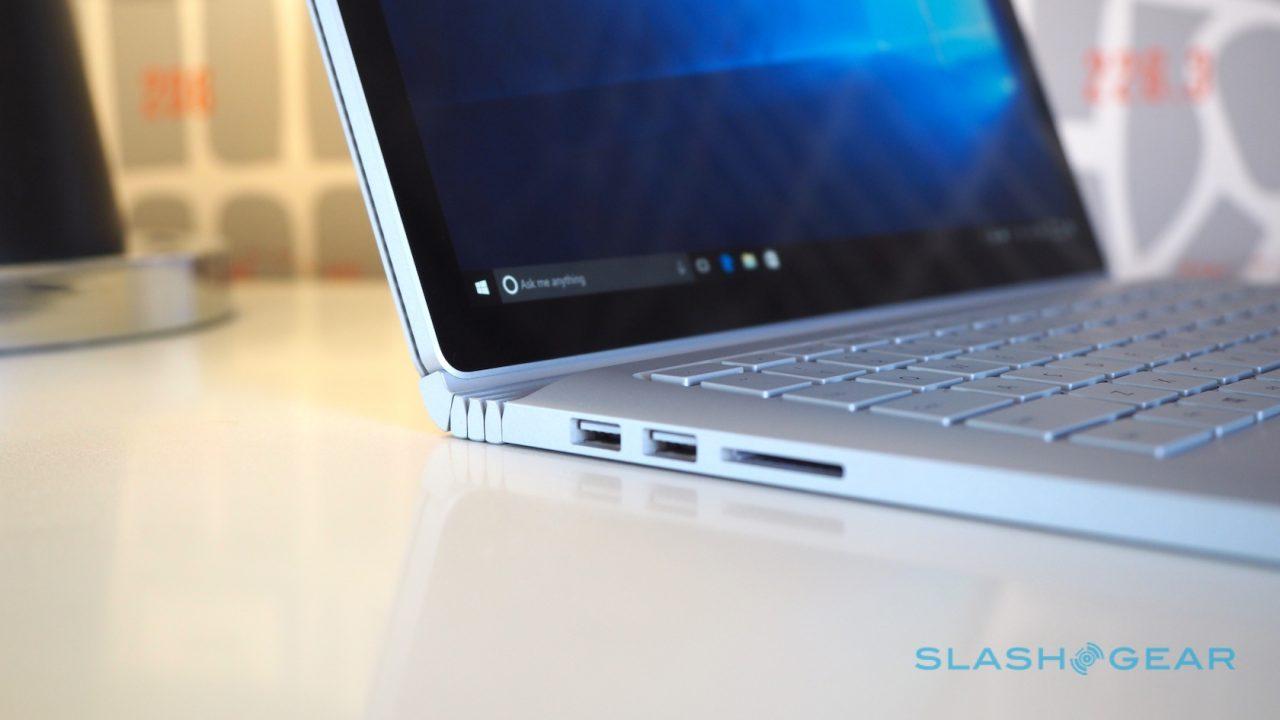 Microsoft’s attention to detail and quality construction certainly don’t hurt, either. The brushed magnesium and crisp edges still look and feel fresh; the “Dynamic Fulcrum Hinge” still has a firm and reassuring mechanism to go with its ridiculous name. Microsoft’s 13.5-inch PixelSense display, with its unusual 3:2 aspect ratio and 3,000 x 2,000 resolution remains bright, with great colors and contrast.

Of course, the flip side is that the few complaints I had about the original hold true about this version. The Surface Pen, which clings to the edge of the display magnetically, is still too easy to knock loose in a bag; the unusual hinge remains a source of concern should something sharp fall down and potentially scratch the touchscreen. I wish the hinge pushed back a little further, too. 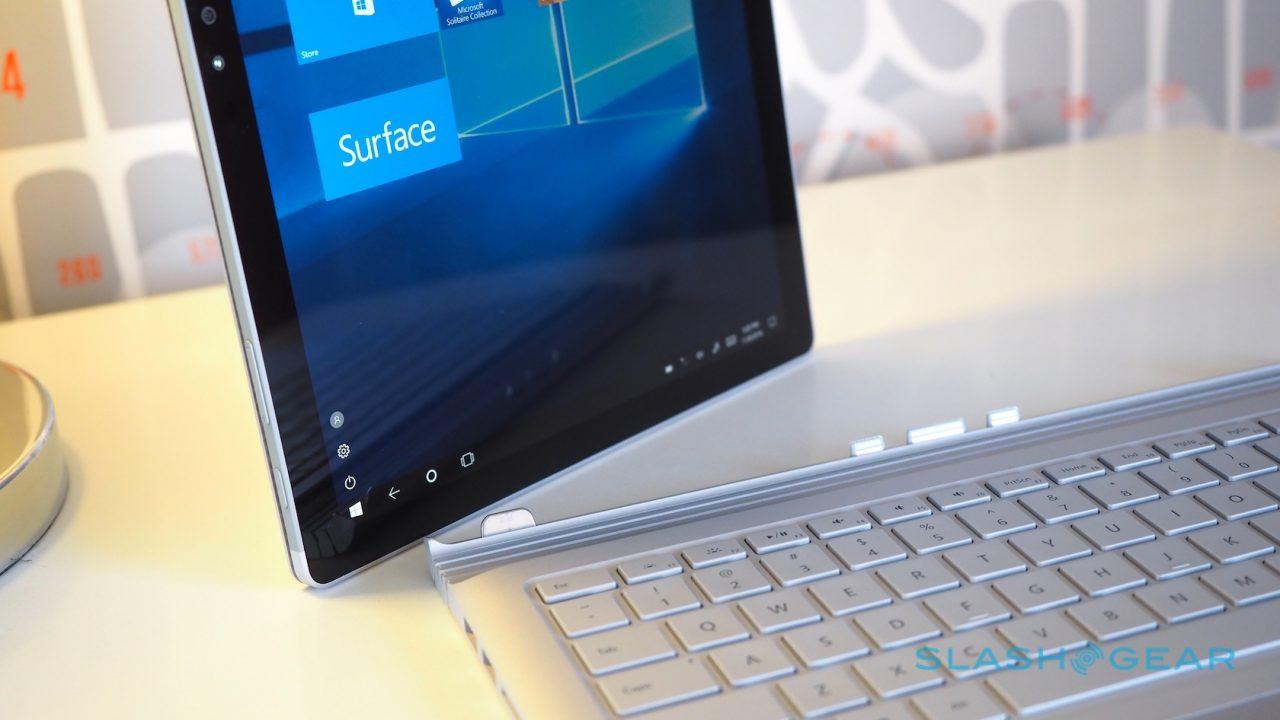 Where Apple has gone full-futurist with the ports on the new MacBook Pro, Microsoft sticks with some tried-and-true connectors. Two USB 3.0, an SD card reader, headset jack, and Mini DisplayPort are all present, along with the company’s version of MagSafe magnetic power plug. Those who have slammed Apple for the zeal of its USB Type-C adoption will undoubtedly be pleased, but I find myself wishing Microsoft had thrown at least one Thunderbolt 3 in there.

Still, this is a new spec option not a refresh, and so we’ll have to temper our hopes until the inevitable Surface Book 2. The internal hardware is much the same as it was before, too. You get WiFi a/b/g/n/ac, Bluetooth 4.0, a 5-megapixel front camera and a Windows Hello camera, along with an 8-megapixel rear camera with autofocus. Stereo speakers and a pair of microphones are included, along with an ambient light sensor, accelerometer, gyroscope, and magnetometer. 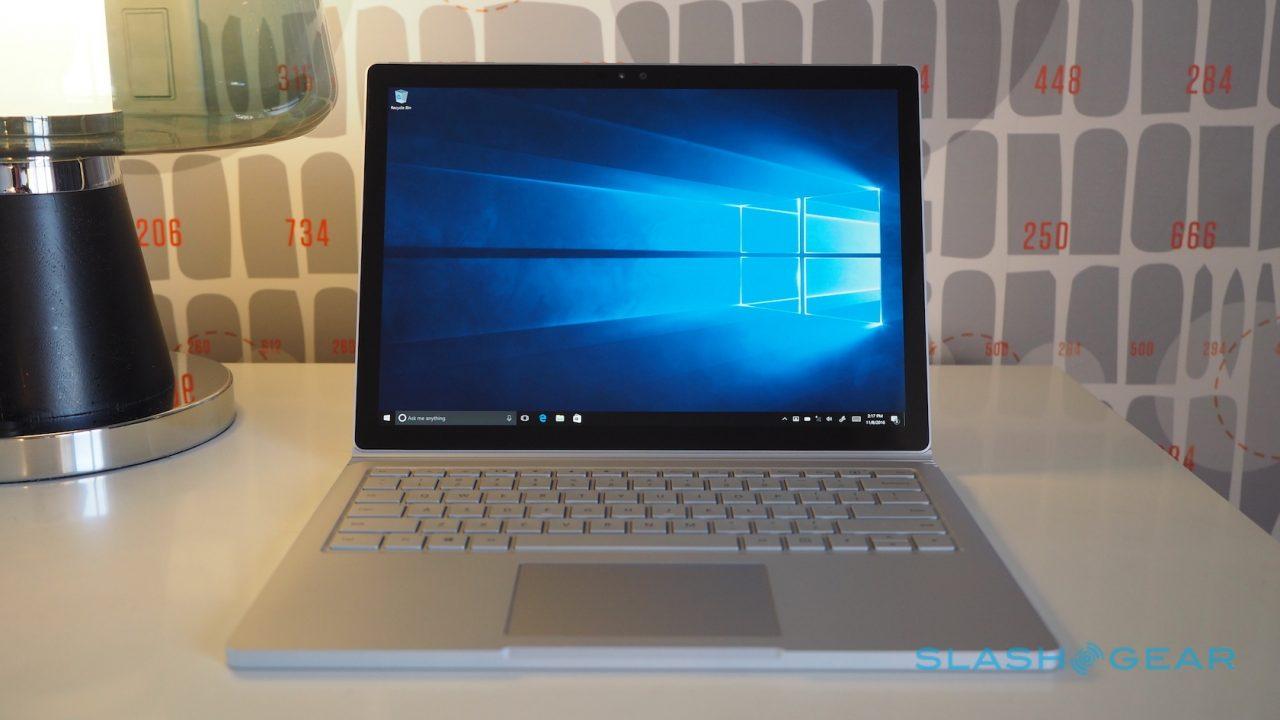 Unsurprisingly, processor performance is effectively unchanged over last year’s flagship. I’ve been using the Core i7-6600U version running at 2.6 GHz, with 16GB of memory and NVIDIA’s GeForce GTX 965M GPU with 2GB of its own, dedicated memory. Running Geekbench 3, a synthetic test of processor and memory performance, the late-2016 Surface Book scored 3564 in the single-core test, and 7377 in the multi-core test.

Last year’s machine, also with a Core i7-6600U and 16GB of memory, scored 3,577 in the single-core test and 7401 in the multi-core test. In short, you shouldn’t expect a noticeable change in anything processor-intensive. Still, the Surface Book still performs admirably among its notebook cohort. 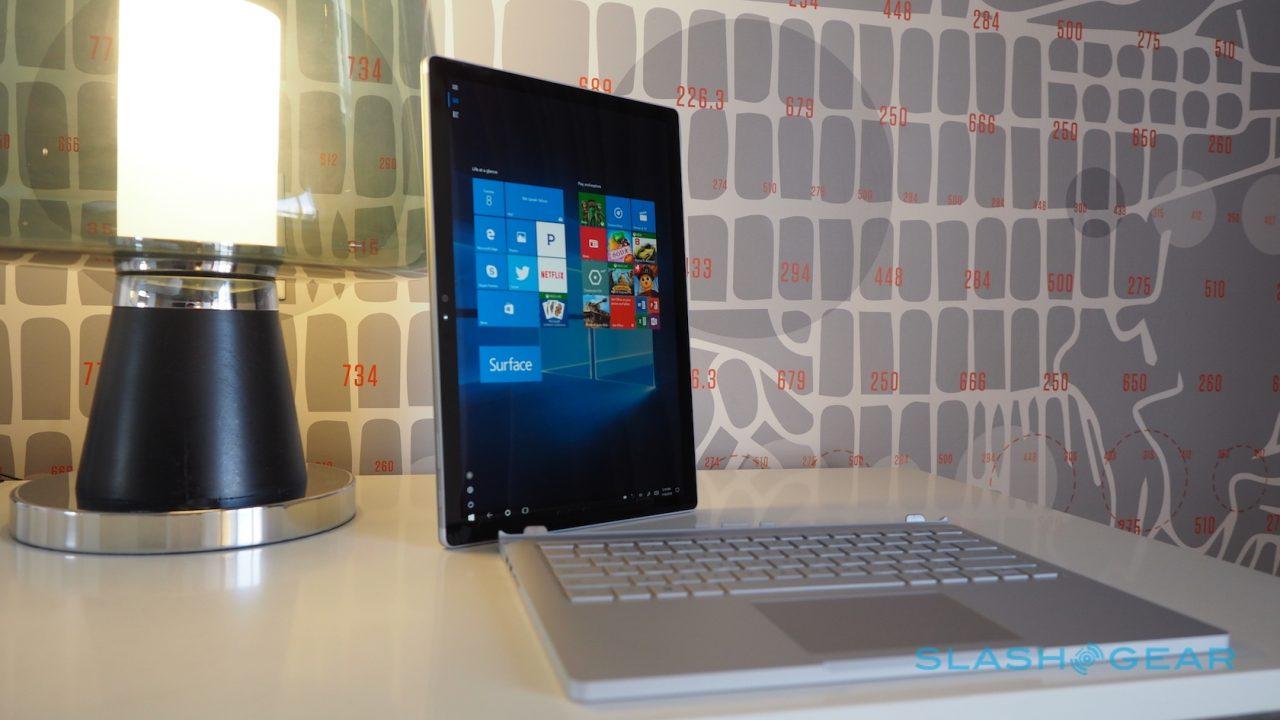 The changes are all in the keyboard section. Now dubbed the “Performance Base”, as before it’s where you find not only an extra battery but the discrete GPU. Used as a tablet only, the Surface Book makes do with its Intel HD Graphics 520; connect the keyboard, and you get the full potency of the GeForce GTX 965M.

Microsoft hasn’t been shy in making bold claims about just what sort of improvement Surface Book buyers can expect, either. More than twice the GPU processing power is the promise, compared to the custom NVIDIA chip in the first version of the hybrid 2-in-1.

I ran the same 3DMark tests – Fire Strike and Sky Diver – as last year with the original Surface Book to see whether those promises panned out in practice. Sure enough, where the 2015 Surface Book with the Core i7 and NVIDIA graphics scored 1,934 and 6,197 respectively in the two tests, the 2016 version scored 4,226 and 10,513 respectively. That’s 1.7x – 2.2x the performance from the newer GPU.

The other improvement this time around is battery life. Microsoft rated the original Surface Book as delivering up to 12 hours of video playback on a single charge. The new model is rated for up to 16 hours. 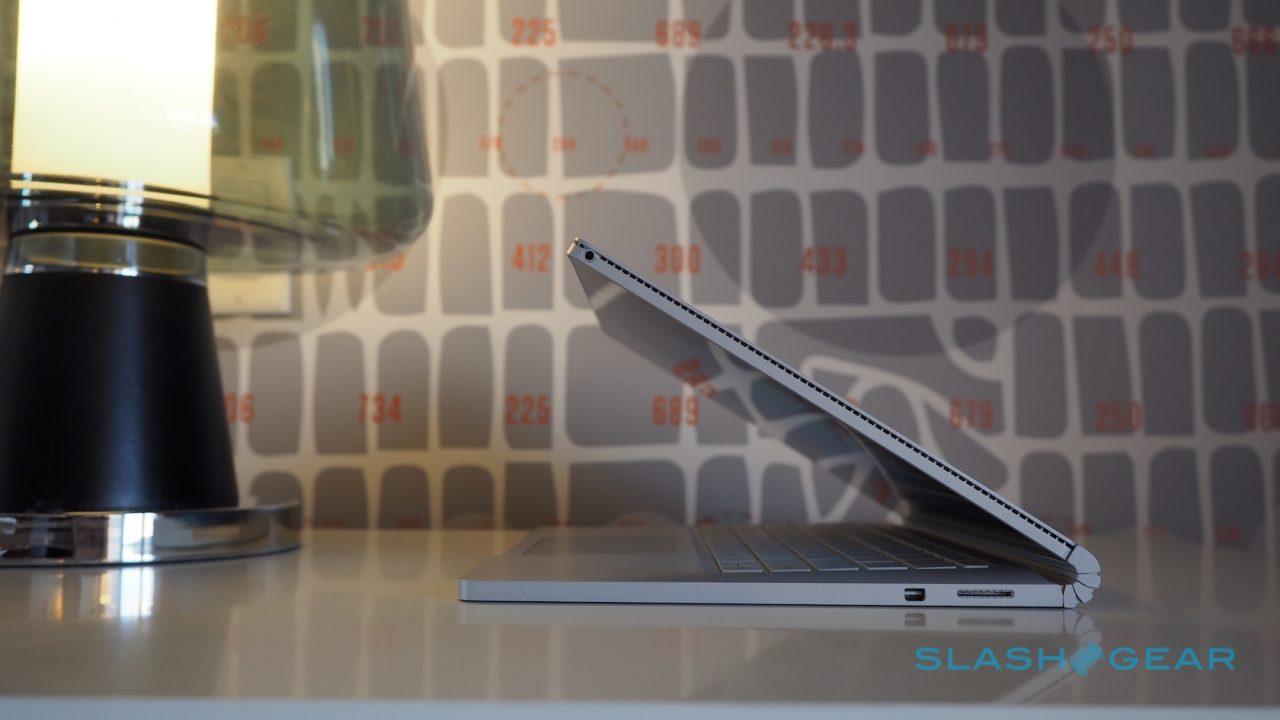 As before, the battery capacity is split between the two halves of the notebook. The screen alone should run for around 3 hours of video playback, Microsoft estimates, with the remaining juice in the Performance Base. By design, the latter won’t recharge the former, though the Surface Book will use the keyboard’s power before it resorts to the tablet’s.

Just as was the case last year, actual runtimes varied considerably depending on activity. With my own mixed use, avoiding video, the screen section alone ran for about two hours. Docked, and with a variety of tasks including some browsing over WiFi, music playback, and editing documents, the notebook ran for between 10-12 hours. As you might expect, tapping into the extra potency of the new GPU took an axe to battery life, knocking hours from the total runtime. 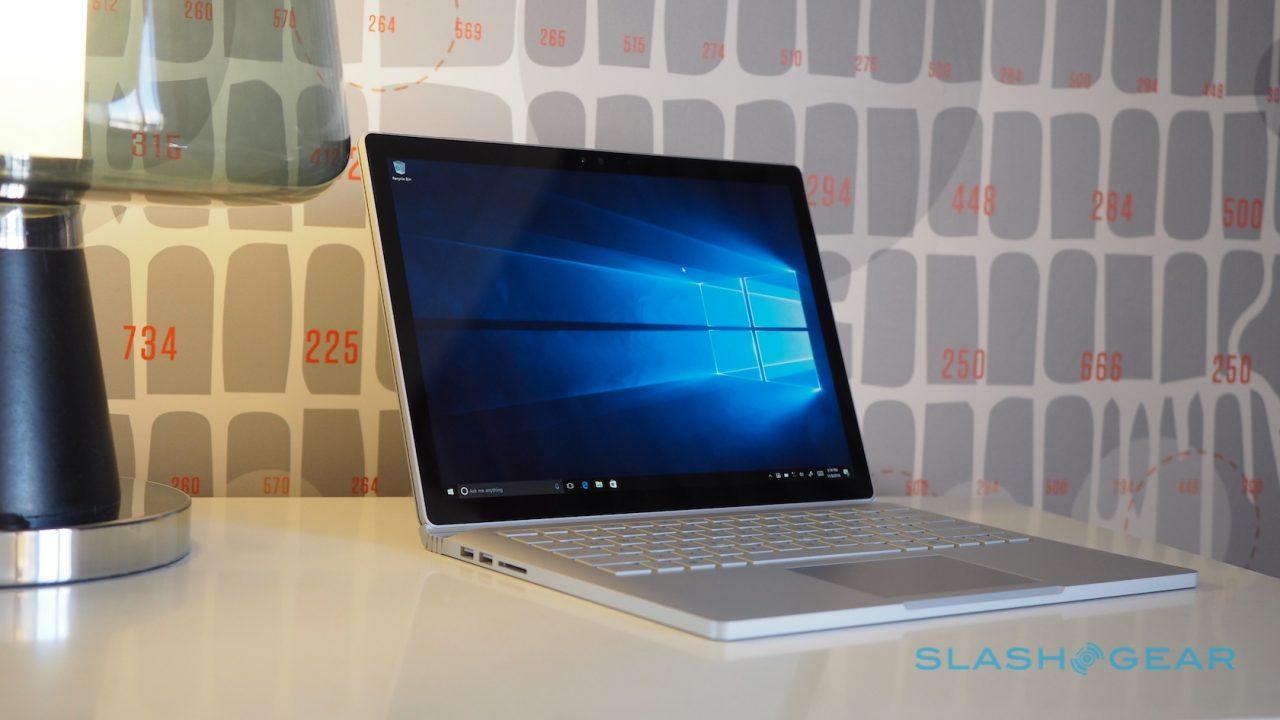 Should you spend your hard-earned cash on this or the new MacBook Pro? I can’t tell you how the AMD GPU in Apple’s 15-inch notebook performs just yet, but it’s worth noting that neither machine can be had with more than 16GB of memory. Nor is either especially affordable: this particular Surface Book configuration comes in at $3,299, for instance, though the cheapest model with the Performance Base is $900 less.

I can’t fault the Surface Book with Performance Base for its graphics improvement. The design, display, and fiendishly clever 2-in-1 mechanism are still top-notch. Surface Pen is accurate and easy to use; Windows Hello on Windows 10 arguably bests Touch ID in the “delight” stakes, even if Apple’s fingerprint sensor claws things back when it comes to payments and such. 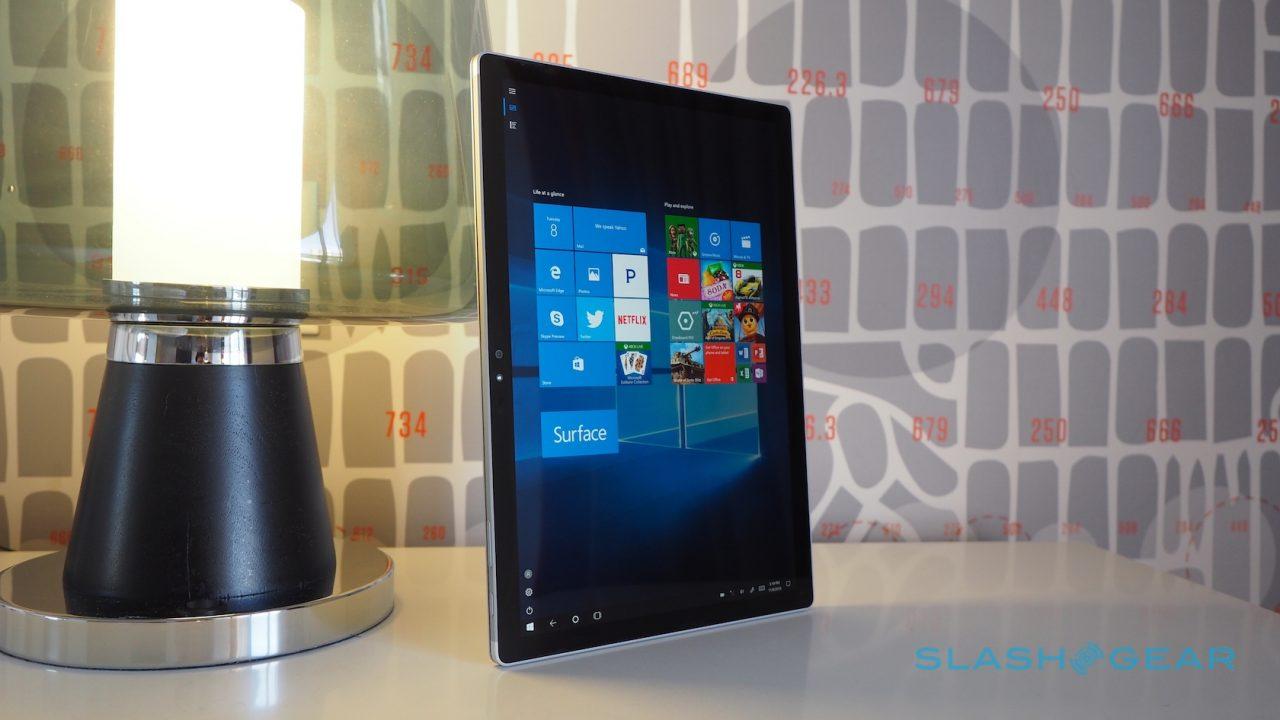 All the same, I doubt I’m alone in thinking that a flagship notebook in (almost) 2017 should have at least one Thunderbolt 3 port. As it stands, the fastest data connection you have is USB 3.0; that means a (theoretical) 5 Gbps limit, a quarter of what Thunderbolt 3 can deliver. It’s also worth noting you have a little extra heft in your bag, with the 3.63 pound 2016 Surface Book adding 0.15 pounds over the old version.

Sadly, while existing Surface Book owners could dock their screen into the new Performance Base and get all the benefits of the new GPU, Microsoft won’t be selling the keyboard section separately. Even if they did, this isn’t the do-everything gaming setup we might’ve hoped for. If you’re a virtual reality fan, for instance, the GeForce GTX 965M in the Performance Base doesn’t quite live up to Oculus’ minimum Rift specifications, a good rule of thumb for desktop VR.

That’s not to say there’s not a lot to like here. Those doing video editing or other heavy-duty graphics work on the move will find plenty to like in Microsoft’s new darling, and the 2-in-1 form factor is still one of the most usable in the Windows 10 ecosystem. All the same, we’ll have to wait for the Surface Book 2 for some of the lingering complaints to be addressed. 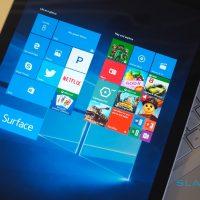 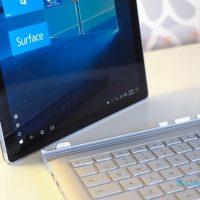 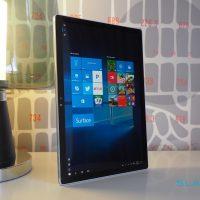 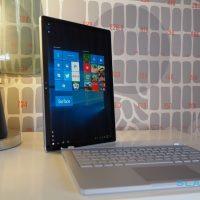 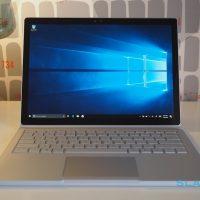 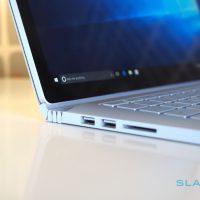 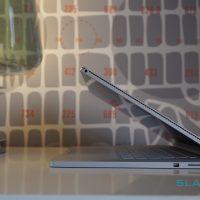 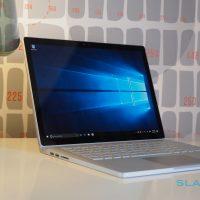 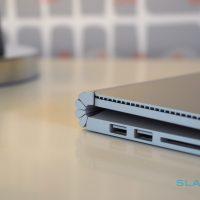 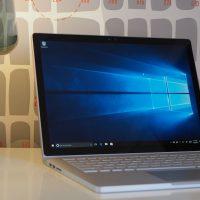