Subaru has revealed details on its new, first all-electric model, and if you were worried there wouldn’t be enough EV SUVs around to choose between, the Subaru Solterra should settle those concerns. The new name is a combination of the Latin words for “Sun” and “Earth,” the automaker says, in a nod to its “commitment to deliver traditional SUV capabilities in an environmentally responsible package.”

That is, of course, pretty much what every automaker says about their new electric vehicle. What could make the Subaru Solterra special is the e-SUBARU Global Platform it debuts.

It’s the handiwork of a collaboration between Subaru and Toyota. Subaru contributed its experience with all-wheel drive, while Toyota brought the electrification part to the recipe. We should see the Solterra launch in 2022, across the US, Canada, China, Europe, and Japan. 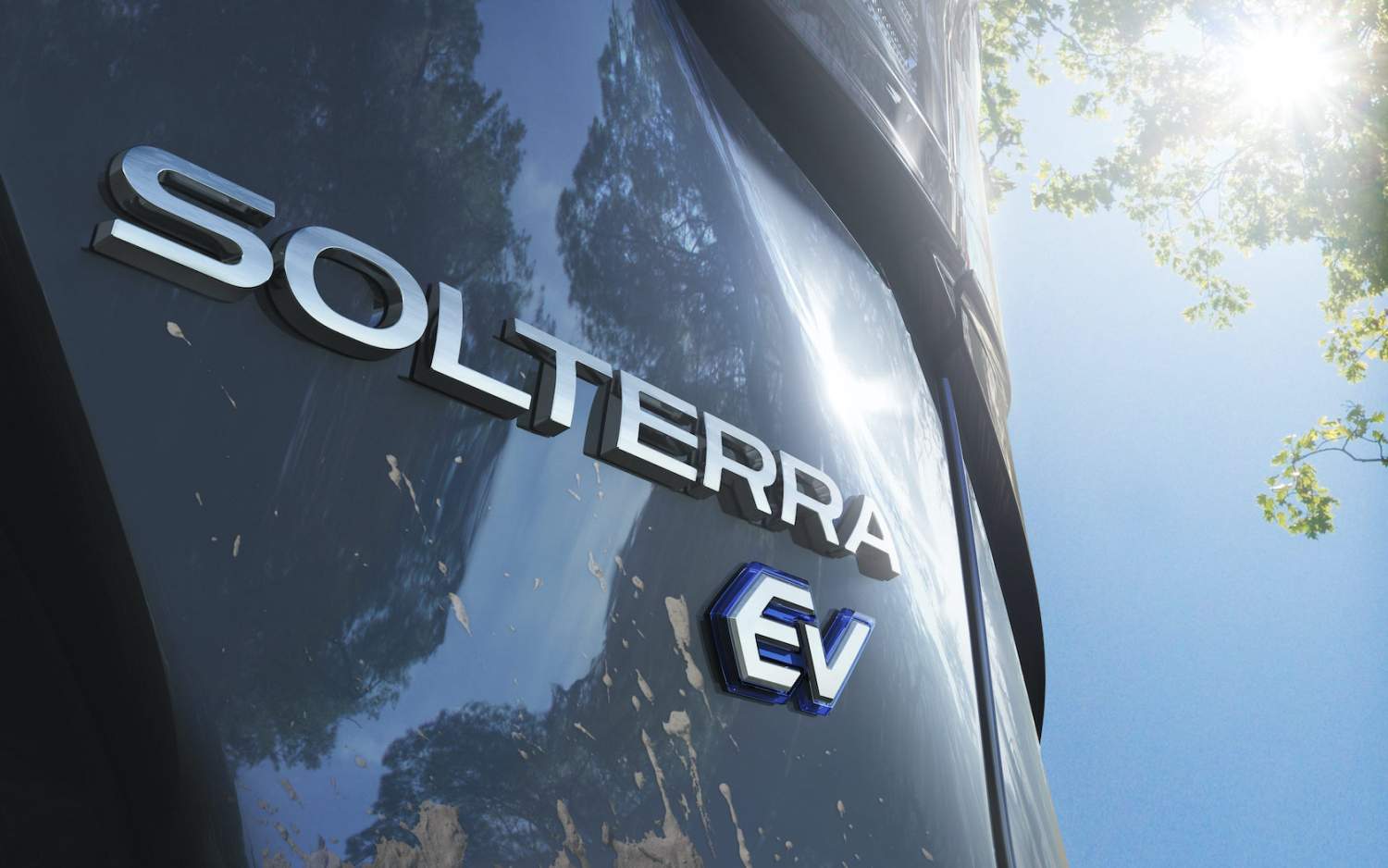 The automaker is tight-lipped on just what to expect from e-SUBARU, though we do have some prior knowledge. On Toyota’s side, the architecture is known as e-TNGA, and it’s designed from the outset to be especially flexible. Toyota, for example, is talking about using it for front-, rear-, and all-wheel drive configurations.

Only a handful of dimensions are fixed: the length and width of the motors, for example, and the battery pack which is mounted under the cabin. Everywhere else – including front and rear overhangs, overall vehicle width, and wheelbase – there’s flexibility to adjust size, depending on the requirements of segment, cabin space, and room for cargo. 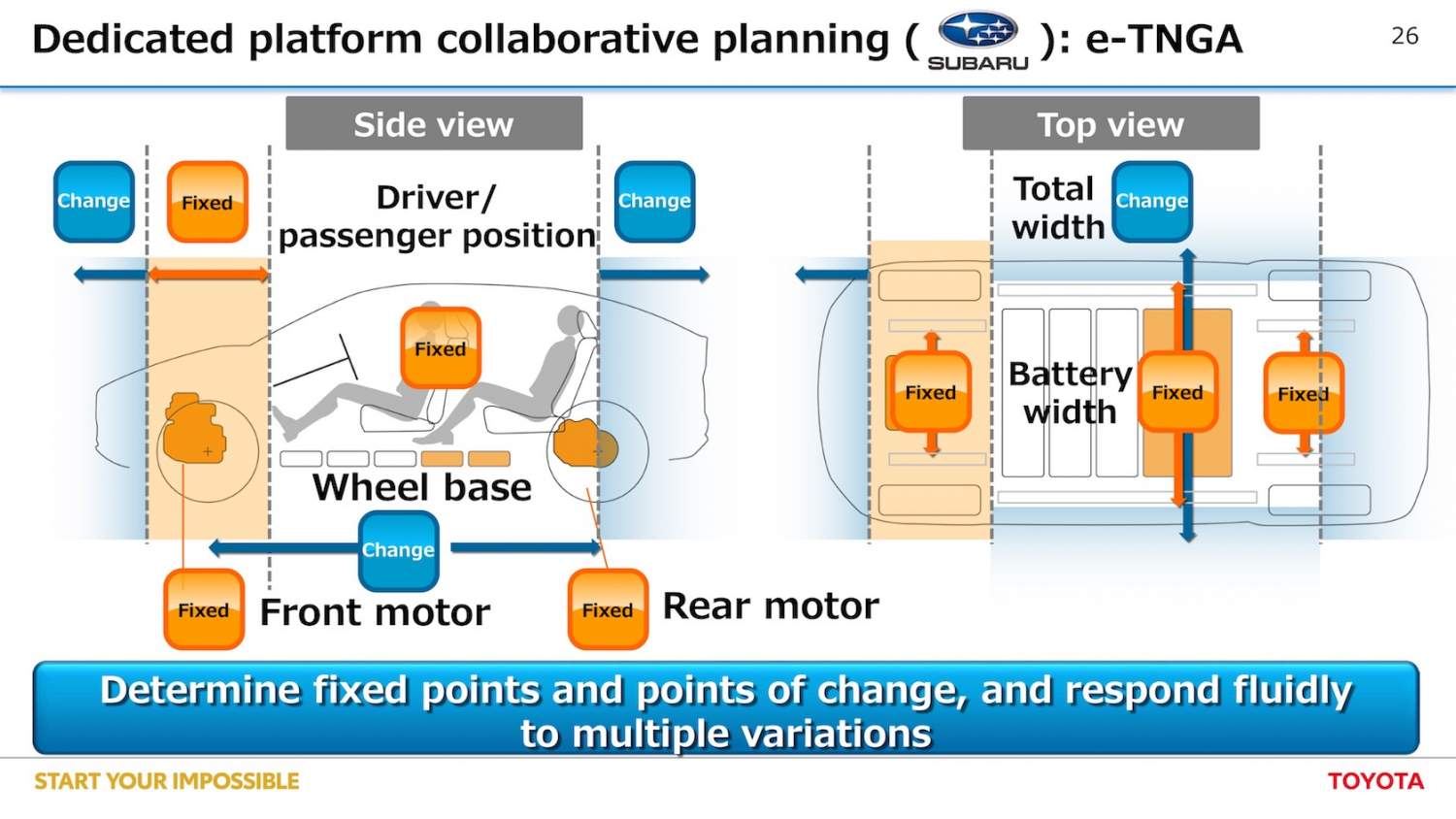 Toyota plans to tap that flexibility for a whole series of EVs, not just the C-segment SUVs that both it and Subaru have already confirmed are on the roadmap. For Subaru, so far only the Solterra has been announced. It also seems likely that – given the brand’s reputation for AWD – it’ll skip any front- or rear-wheel drive versions.

What isn’t uncertain is that Subaru is onboard with the idea that electrification is the future. Back in January 2020, the automaker predicted that by mid-2030 it would be building electric vehicles only.

Still to be confirmed about this first example of Subaru’s EV strategy are details like power and range, not to mention pricing. In the US, Subaru is still at the start of its federal tax credits for EVs, relatively speaking, given currently it only offers PHEVs not full-electric models in its range. That could help take some of the sting out of any price premium that the new electric platform might demand. We’ll know more as the Solterra gets closer to launch.