Has the time come for a true luxury EV? That’s what Bentley is testing the waters about at the Geneva Motor Show 2017 this week, bringing out the Bentley EXP 12 Speed 6e concept to gage the potential reception for an all-electric grand tourer. As the British automaker sees it, the requirements of the super-rich are slightly different to what other EV buyers might be concerned about.

For most of us, for example, electric car range is about making sure you have enough juice to get from home to the office and back again, or maybe do a round-trip to the grocery store. In Bentley world, the EXP 12 Speed 6e concept would need to do grand tourer duties more commonly taken on by a Continental drop-top. That means getitng from London to Paris on a single charge, or perhaps Milan to Monaco. 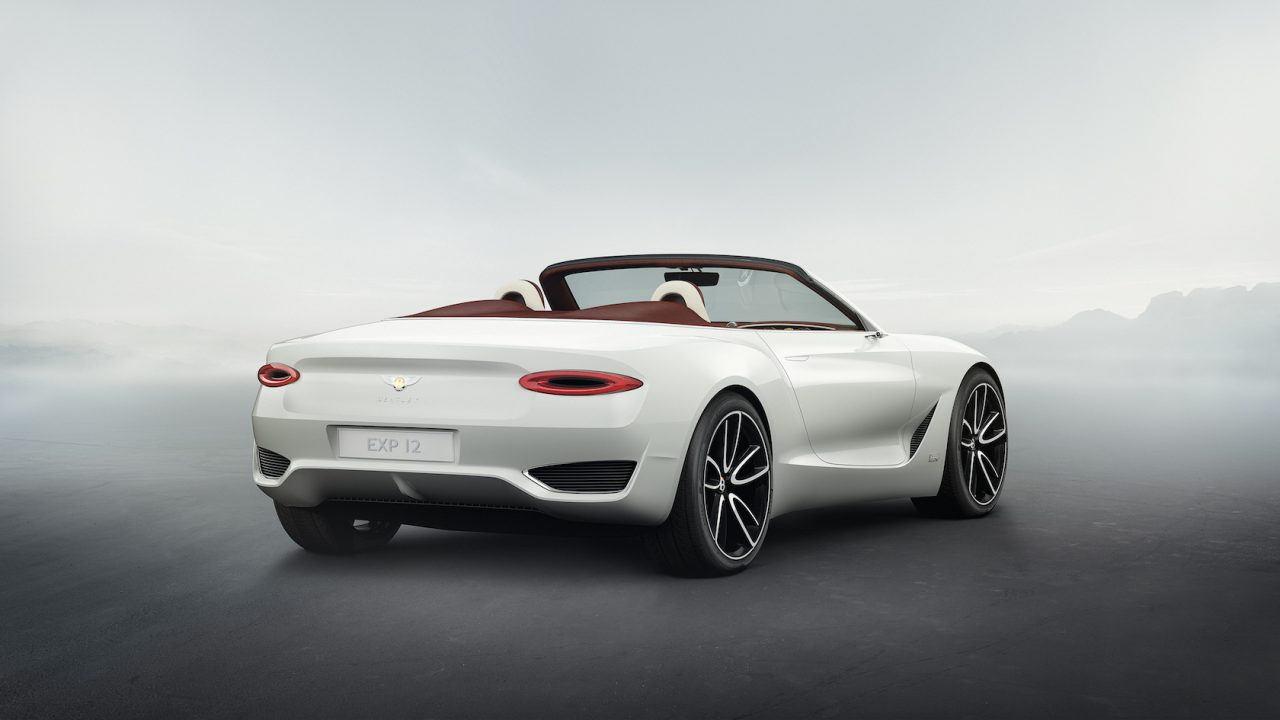 Upon arrival, nobody wants to have to go to the hassle of plugging in their electric car. Instead, Bentley is expecting high-speed inductive charging to top the EXP 12 Speed 6e concept’s batteries up. If that’s not possible, a regular charging socket behind the rear license plate is available.

Bentley isn’t saying much at all of substance about the powertrain itself. Unsurprisingly an electric motor would give the sort of instantaneous torque that we’ve come to expect from the vast V8 engines in the automaker’s current gasoline line-up. With stablemates Audi and others already investigating various types of electrification and rapid wireless charging, Bentley wouldn’t be short on technology to borrow should the reception for the EXP 12 Speed 6e concept be positive. 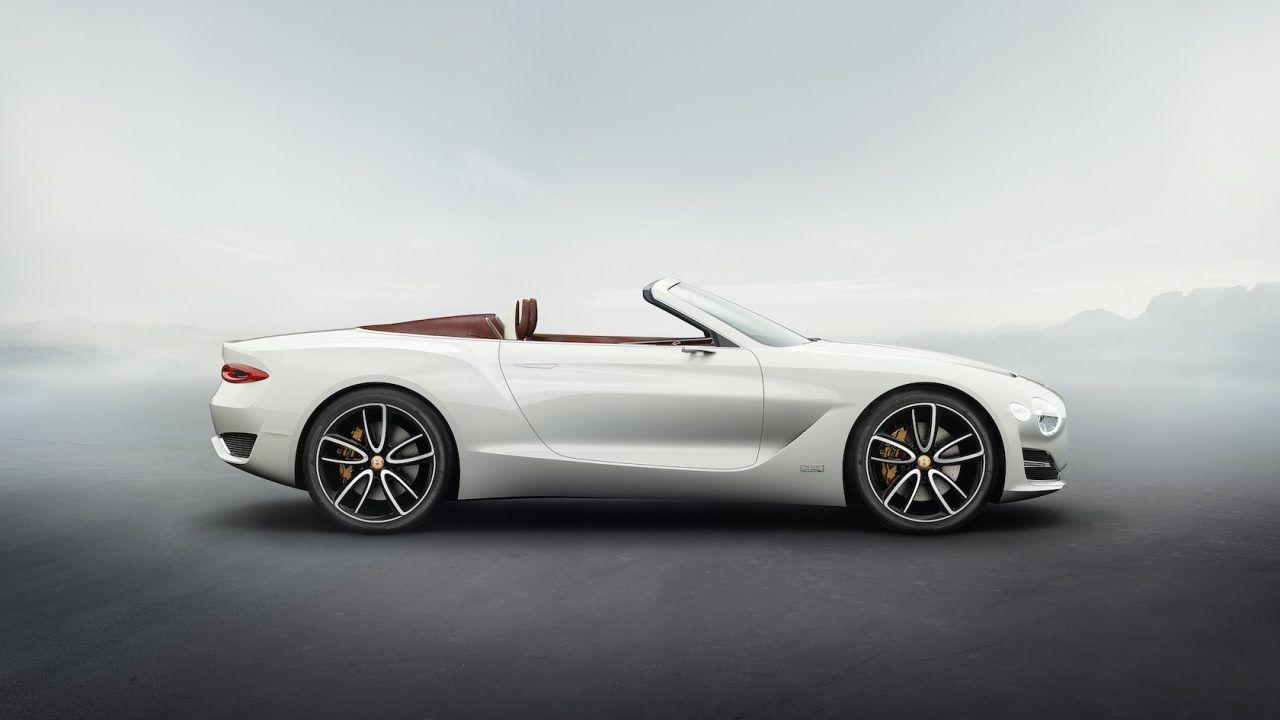 It’s hard to imagine potential owners giving it the thumbs-down, mind. On the outside, there are clear styling cues taken from the EXP 10 Speed 6 concept back in 2015. Aircraft fuselages inspire the predominant lines – as well as more functional details, like the cameras that replace the side-mirrors – while cooling ducts have been repurposed from the old car to instead keep the electric motors and batteries chilled.

The mesh grille has a 3D structure and is given a smoked finish, with copper highlights and a white-illuminated “6e” logo. Even if it never makes it to production as an electric car, Bentley says the styling of the EXP 12 Speed 6e concept hints at the design of future models regardless of fuel type. 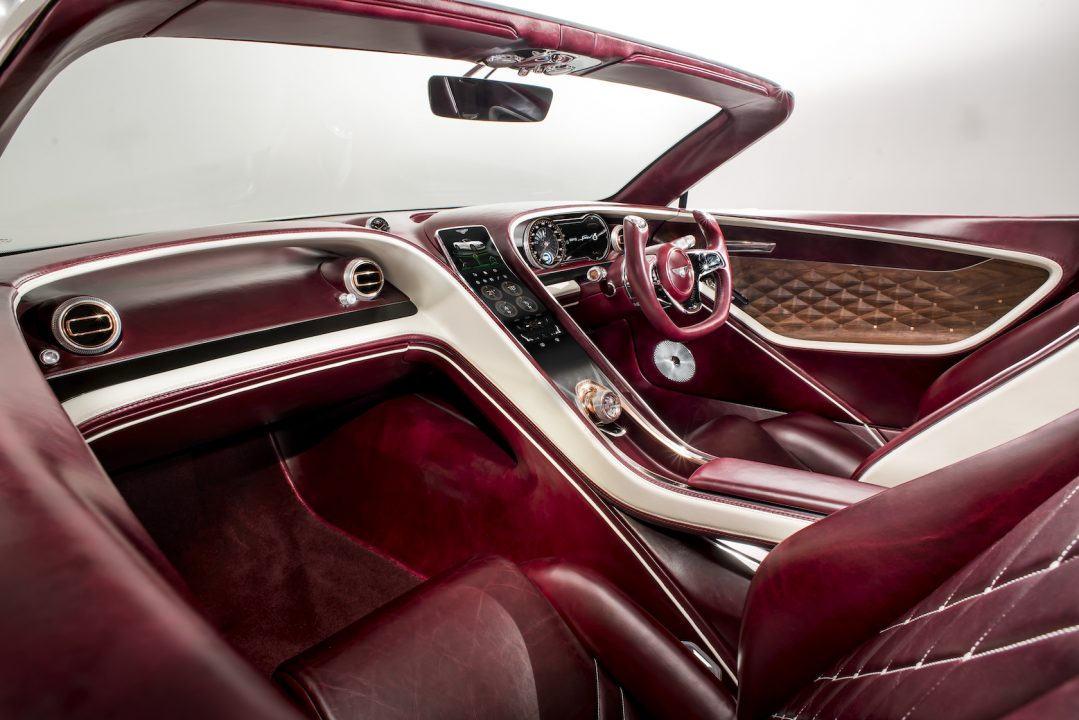 The same goes for the inside, where the focus has apparently been on giving electrification a more warm, personable feel. A single piece of curved glass is used for the center console, with an embedded OLED touchscreen that handles navigation, entertainment, and the car’s climate control. More cut glass appears on the steering wheel as shortcuts for the essential features. The wheel also gets two buttons on its cutaway top: one gives an instant boost of performance, while the other limits the car’s speed for safer urban driving. 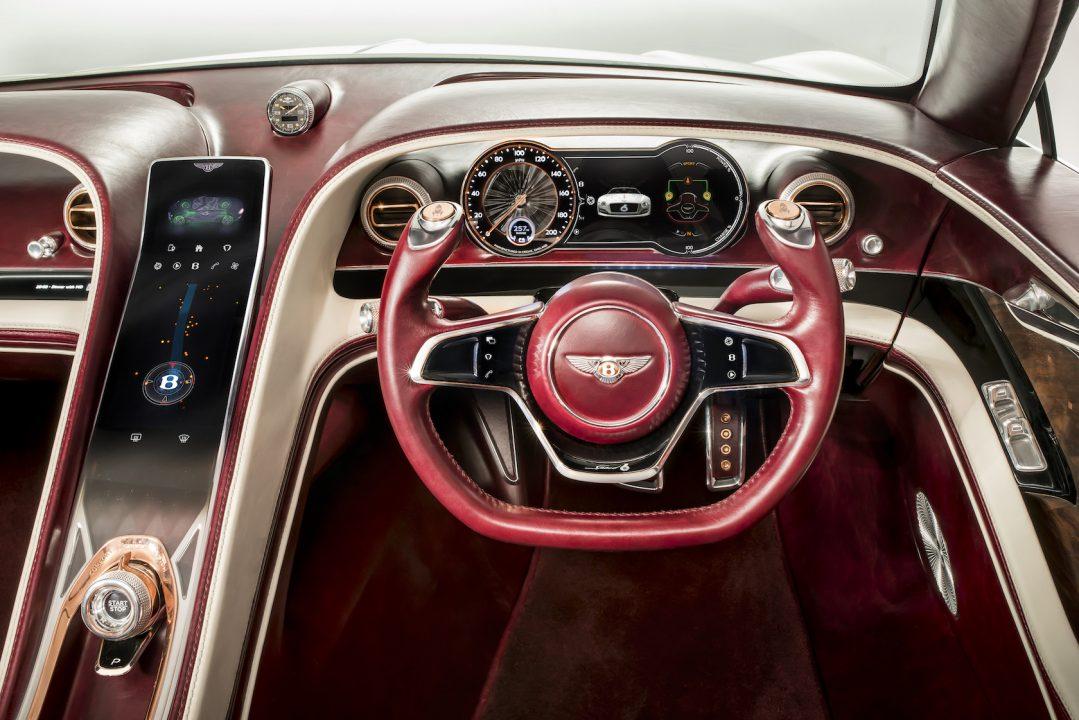 A second touchscreen for the passenger gives social media and other connected-car features. More copper is carried over from the exterior grille to dress up the gear selector, Bentley Dynamic Drive dial for drive modes, and in the door veneer panels. The automaker envisages a comapnion concierge service being included, which could potentially give advice on things like where to charge and which route to take for maximum efficiency.

Exactly when we could see a fully-electric car from Bentley remains to be decided. However, the brand isn’t playing too coy on electrification in general, even if it’s not diving in entirely. A plug-in hybrid version of the Bentley Bentayga is expected to launch in 2018, and be the first of several such PHEV models across the company’s range over the next few years.