A pair of studies showed how extended exposure to smartphone radiation may be responsible for negative changes in the brain. The study has only been done on lab mice thus far, but the results have some shocking implications for what could also be true of us, the human users of radiation-emitting smartphones aplenty. Your smartphone might be the reason your depression meds just aren’t doing the job anymore.

This might well be the study we were looking for at the tail end of our recent look at the top 15 phones radiating our brains today! While the results need far, far more testing to give us any conclusive knowledge on long-term effects of smartphone use, what’s been found so far isn’t looking super positive.

A study published by researchers (the lead of which was the same as this new study) in 2017 showed results on synaptic vesicles (SVs) of cortical neurons. For this 2017 study, researchers used the same exposure and the same timeframe as in the 2019 study (also shown below.) That means mice were exposed to 4 W/kg SAR (specific absorption rate), 835 MHz RF-EMF with a Wave Exposer V20 for 5/hrs a day for 12 weeks. 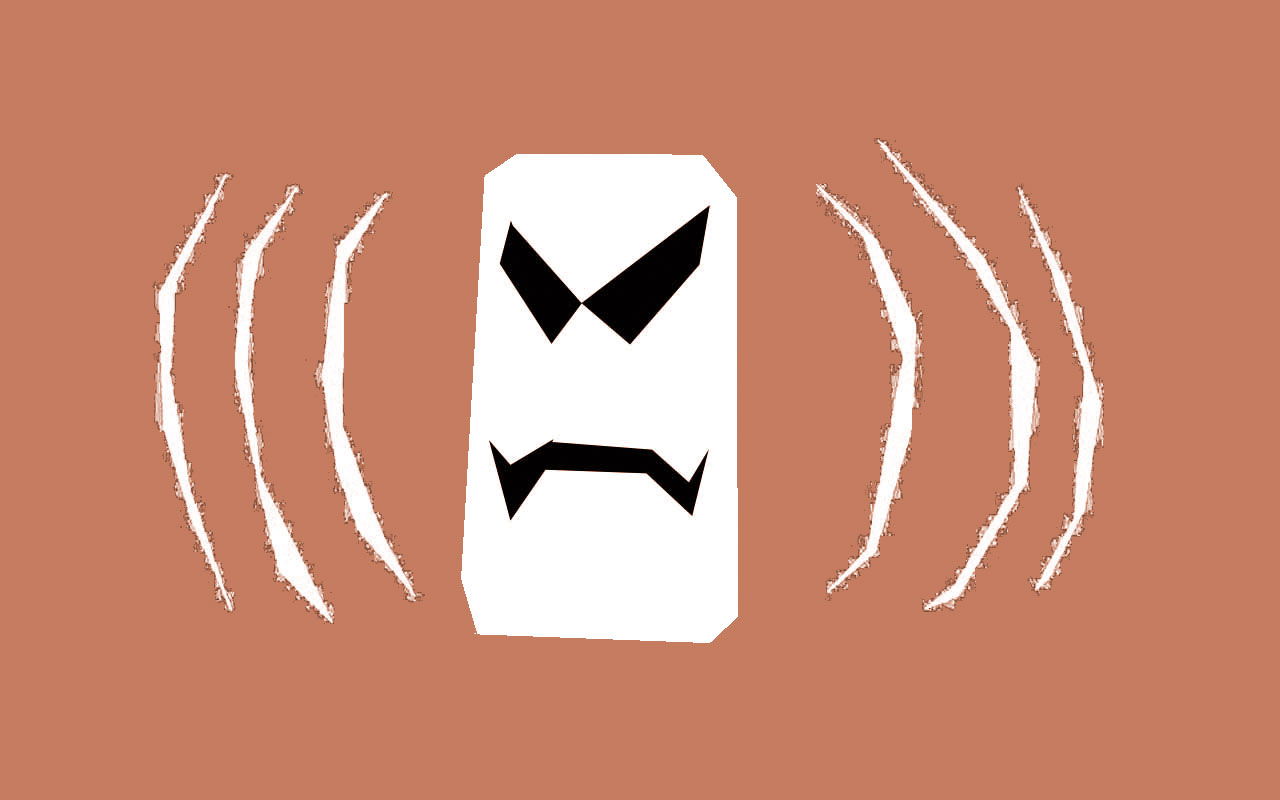 This study showed decrease in the number of SVs at presynaptic terminals and reduction in the levels of synapsins I/II genes and proteins. With both the alteration of SVs and the decrease in synapsins levels, bad things can happen in a test subject. The subject can, for example, find their neurotransmitters functioning poorly.

“Thus, neurotransmitter storage and transport by SVs may be functionally affected in the mice cortical neuron by RF-EMF exposure,” wrote researcher Ju Hwan Kim et all.. “Finally, these results may provide the insight that the reduction of neurotransmitters may cause neurological dysfunction in the cerebral cortex, which could further lead to neurobehavioral disorders.”

Like the 2017 research, mice in this new 2019 study were exposed to 4 W/kg SAR (specific absorption rate), 835 MHz RF-EMF with a Wave Exposer V20 for 5/hrs a day for 12 weeks. The results showed that exposure to this radiation had negative effects on the test subjects in several key ways.

OF NOTE: Radiation at this level is not likely for the average human being – unless they’ve got several smartphones powered on and adhered to their head for 5/hrs a day for 12 weeks. So that’s some good news – we’re not quite in trouble just yet.

Test results in the 2019 study showed that the number of synaptic vesicles (SVs) in striatal presynaptic boutons was significantly decreased once the test was run. These same tests showed lab mice having a reduction in striatal dopamine concentration. Tests also showed a reduction in test subjects’ expression of tyrosine hydroxylase in striatal neurons. 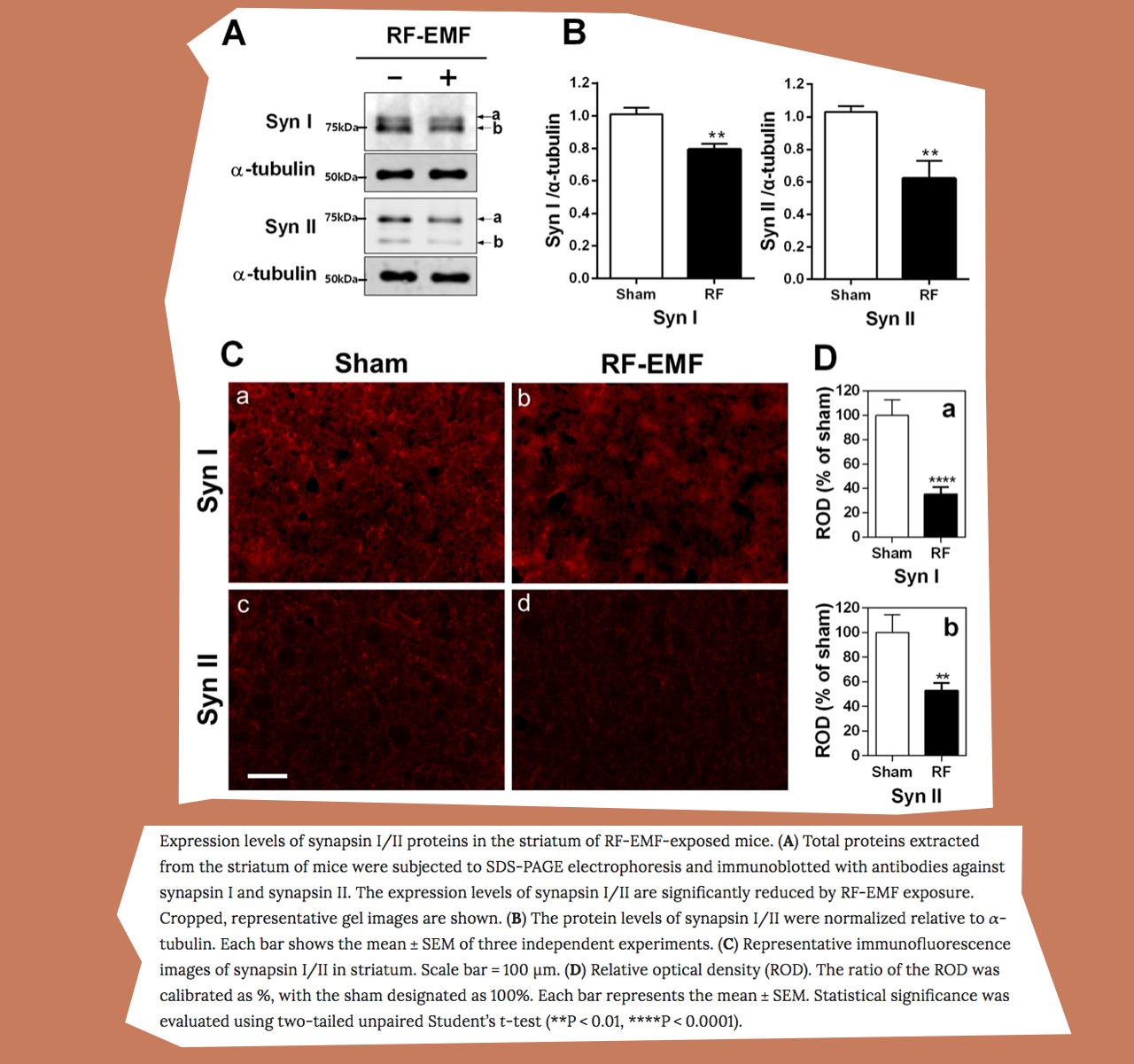 “In summary, exposure to 4 W/kg SAR, 835 MHz RF-EMF for 12 weeks leads to decreased numbers of SVs associated with a reduced level of synapsin I/II in presynaptic terminals as well as a reduced level of TH expression in striatum, thereby decreasing the dopamine level in the striatum, and eventually these changes might lead to behavioral alterations,” wrote researchers Ju Hwan Kim et all.. 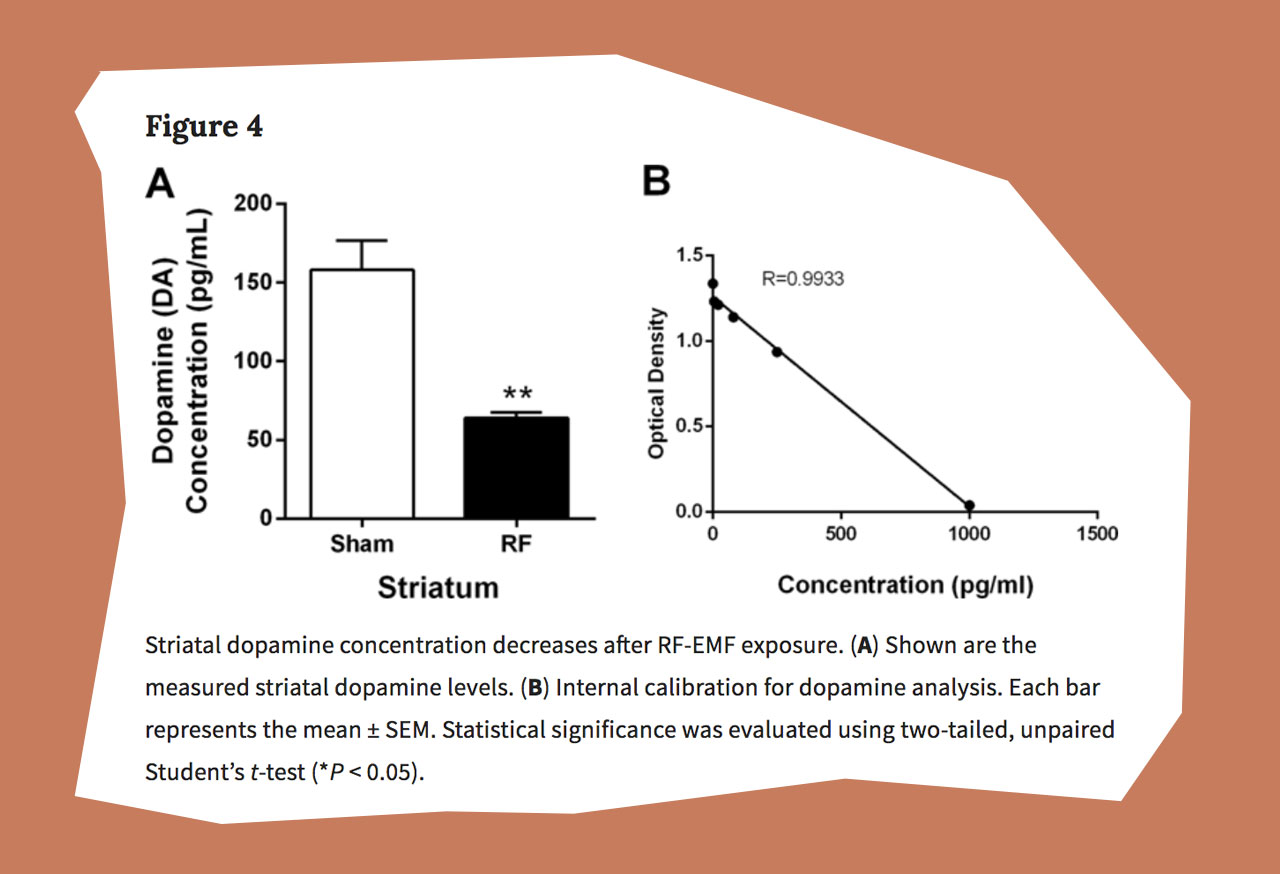 “Therefore, the observed changes in striatal dopaminergic neurons induced by exposure to RF-EMF might influence locomotor activity under conditions of impaired neuronal function.”

Results part two show some of the same results as the first part (since they’re really all part of the same set of tests.) They did post-RF-EMF-exposure tests with MPTP recovery and showed a “more difficult or delayed” recovery process “due to additional reductions in SVs at striatal neurons.”

Basically everything goes to junk – our brains might well be turning into do-nothing non-reactors over periods of RF-EMF exposure, if the results here can be extrapolated to the nth degree. But lots more tests need to be done before anyone can say anything conclusive.

Good News for Smartphones (sort of)

The positive side of this situation is in the amount of radiation modern smartphones blast at our heads every day. It’s still a concern, but not nearly as bad as one might expect. In the smartphone radiation list we analyzed this week, the biggest offenders tended to be made around a decade ago, save some recent outliers. Devices released around the world, where regulated, are generally restricted to a specific absorption rate (SAR) of 2.0 W/kg or less.

Maybe this means we’ll be fine – maybe it means that since we’re not exposed to twice as much radiation at once, we wont have any negative side effects. Once we get similar tests run on human beings, we’ll know what’s up. For now, let all your best buddies know that their smartphone is probably the reason they don’t want to do their homework or get up in the morning! 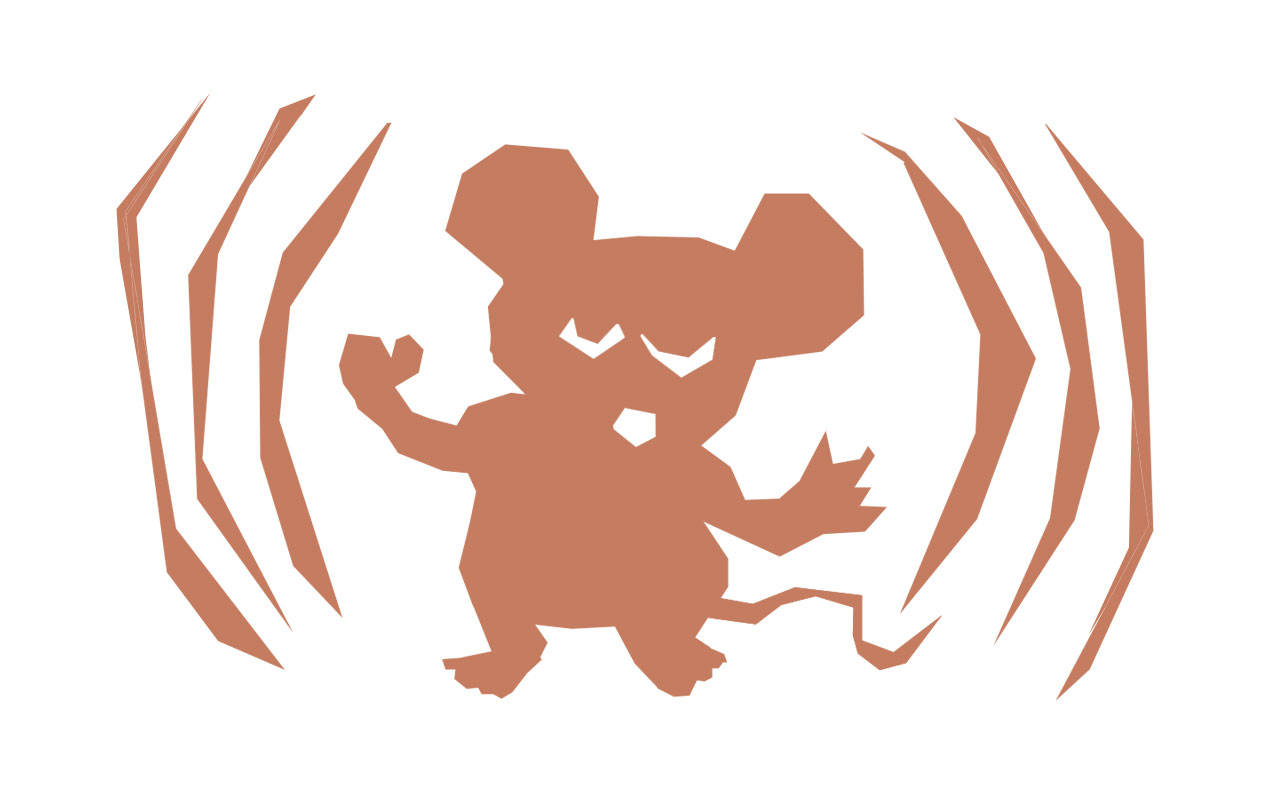 ANIMAL SAFETY NOTE: The lab mice were handled appropriately, according to the researchers on this pair of projects: “All mice procedures adhered to the National Institutes of Health Guidelines for Animal Research and were approved by Dankook University Institutional Animal Care and Use Committee (IACUC; DKU-15-001), which adheres to the guidelines issued by the Institute for Laboratory Animal Research.”

Study part 1 (October 18, 2017) goes by the title “Changes in numbers and size of synaptic vesicles of cortical neurons induced by exposure to 835 MHz radiofrequency-electromagnetic field” and can be found in the scientific journal PLOS ONE. This research was published with code DOI:10.1371/journal.pone.0186416 and was authored by Ju Hwan Kim, Hyo-Jeong Kim, Da-Hyeon Yu, Hee-Seok Kweon, Yang Hoon Huh, and Hak Rim Kim.