Street Fighter V is definitely shaking up things. More than just the new Variable system or Ken’s fiery new look, the game is changing the way the game itself is sold and delivered. Doing away with all Editions that has become the butt of many jokes, Capcom will sell one and only one Street Fighter V, and that is all that you’ll ever need. Everything else will be delivered like software updates, either completely for free, like fixes and balancing patches, or “earnable”, like DLCs.

This is definitely a U-turn for Capcom, whose previous business model depended on sales of new Editions that put a new twist or new content on top of a base release. Capcom itself admits that, while those bundles were good for reigniting interest in the title, they weren’t good in the long run to keep things constant. Perhaps learning a thing or two on how mobile games do business, it is adopting something similar, albeit with a heavy emphasis on “free”.

Balance and system adjustments will be available for free, no questions asked. Things fork somewhat when it comes to “post-launch gameplay related content”, which is to say, DLCs. Here, the content will be earnable for free just by playing SFV and accumulating “Fight Money”. But, if you don’t have the patience for all of that, you can also use Zenny to buy that content with real money. Sounds like IAPs, but Capcom prefers to call it “service-based model”. Besides, at least you have the option to fight your way through if you don’t want to pay cash.

As for those “post-launch gameplay related content”, Capcom isn’t saying much yet, but it mostly all boils down to new characters. Of the 16 that will launch with the game, 4 will be totally new to the title and Capcom promises to add more on a regular basis.

And speaking of newcomers, one of those has just been revealed. Named Necalli, this combatant fights with an almost bestial rage. But with beautiful, if not deadly, dreadlocks. His V-Skill, Culminated Power, has him pounding the ground to send shockwave that players can control to send their opponents flying. His Torrent of Power V-Trigger gives him a new personality, new animations, and a new hairdo to patch his powered up state. 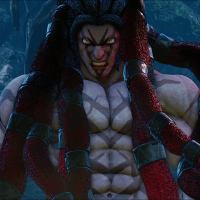 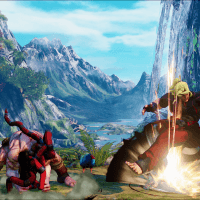 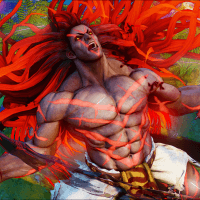 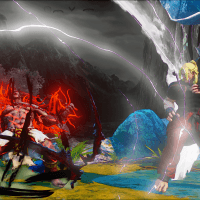 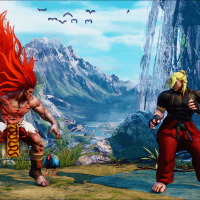