Street Fighter V, which many fans are still biting their nails for, has changed a few things here and there, like the new V variable system. But perhaps there is, at least so far, no change bigger than the restyled look of Ryu’s classmate and sparring partner, Ken Masters. Though still sporting the same color motif of red and yellow, this SFV Ken is not childhood’s Ken, described to be more aggressive and more “in your face” than ever before, the perfect embodiment of the games new feel.

Ken has always been described as the more hot headed of the iconic duo. While Ryu’s moves are said to be collected and controlled, Ken’s spirit perfectly matches his crimson attire. For Street Fighter V, though, they’ve taken his fashion sense up a notch. His hair, for one, is now partly tied up in a top notch. He still has his red gi, but now the top hangs around his waist, revealing the black training shirt he wears underneath. His gloves have also taken on a black hue, perhaps alluding to Ken’s now more forceful nature. 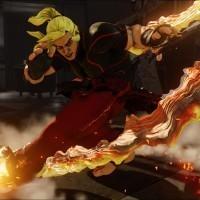 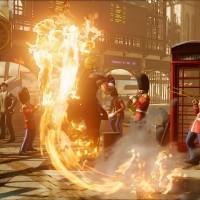 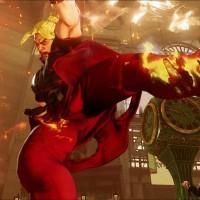 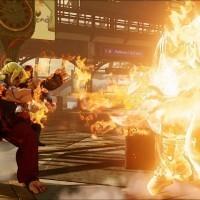 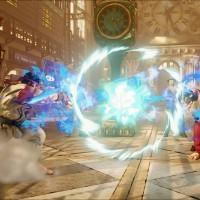 Street Fighter V’s variable system lets that new personality shine through. His Quick Step V-Skill allows Ken to immediately close any distance between him and his opponent. This, however, is just an opening salvo. It can be canceled any time, which opens up any number of possible additional moves to give players the upper hand.

Ken’s Heat Rush V-Trigger is perhaps the embodiment of his fiery nature. Appropriately, it burns up his whole V-Gauge, enveloping Ken in visible flames. If players manage to break through their opponent’s defenses, Heat Rush will also burn through their health. It doesn’t last long, of course, almost a metaphor to how strong flames burn out faster.

Given not that many members of the Street Fighter V roster has been revealed yet, we can’t close the book on radical, almost jaw-dropping if not head-scratching, changes. For now, SFV’s new Ken Masters takes the cake, ready to burn foes, one quick fiery punch at a time.