It’s thirty years since the birth of Apple’s Mac, and new footage showing Steve Jobs’ second, longer demonstration of the new computer has emerged to commemorate the anniversary. Coming only days after Apple co-founder Jobs revealed the Macintosh at the company’s shareholder meeting on January 24th, the second appearance was a ninety minute demo at the Boston Computer Society, which has unearthed the full footage that you can watch after the cut.

Jobs, unsurprisingly, used much of the same script for both the Apple shareholders meeting and the Boston Computer Society appearance. However, the differing audiences between the two – investors at one, computer enthusiasts at the other – was also catered for, with a Q&A session that brought members of the original Macintosh team out to answer questions.

After some prompting by TIME, the BCS collaborated with the Computer History Museum on digitizing the old footage of Jobs and the others. Back in 1984, Apple had also laid on a number of the new Macs for attendees to try, as it tried to explain its idea of how computing should differ from the IBM hardware of the time. 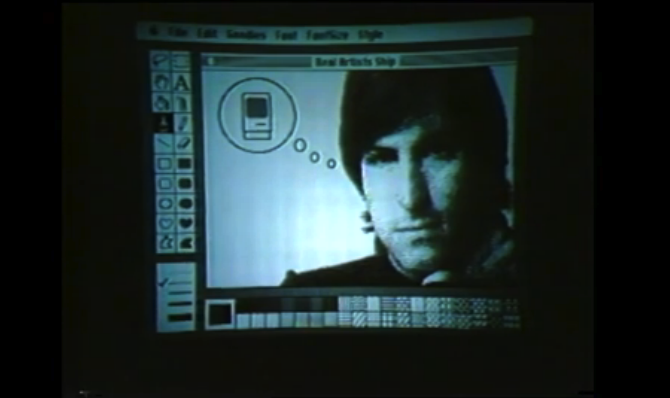 Some of that hands-on time has been preserved at the end of the video as well, in addition to showing one-on-one questions with Apple’s Steve Wozniak and others.

The footage has been periodically used in presentations, but never before revealed to this extent. It also features a little restoration by the Computer History Museum team, such as cutting in some of the graphics from the shareholder meeting in Cupertino which were more accurately recorded than in the Boston version.