Steam Deck teardown tells you exactly how to be bad

Today the folks at Valve went ahead and tore down their next-generation portable gaming device Steam Deck. The Valve Steam Deck is not exactly like your average DIY PC build. Instead, it’s more like… you COULD open it up, but you probably shouldn’t. Valve’s video is like a parent saying to a child: I know this looks fun, but DON’T do it.

The video you’re about to see includes more than a couple of mixed messages. You’ll see Valve recommend that you avoid opening your Steam Deck, but ALSO suggesting that you should “stay tuned in the coming months for a source for replacement parts: thumbsticks, SSDs, and possibly more.” The first message you’ll see in this video is literally “You shouldn’t do any of this.”

The screwdrivers you see in the video include the number 88248 P0 and 88170 P00 – those are just Phillips head screwdrivers in 0 and 00 sizes – the brand they use is Pratt-Read USA. They are very tiny. This video also has a tweezers – always helpful when you’re dealing with TINY screws and delicate plugs and ports.

Note that while you’re watching this video and listening to the various warnings, they might sound over-the-top, but they’re actually quite accurate. One stab of that battery and you could see flames – one zap of electrostatic discharge from your body could result in the destruction of the working order of this machine.

It’s important to note that at 2:10, right after the narrator says “you should probably leave it to a pro”, it’s pointed out (with a text layover and circle) that the teardown operator’s ESD strap isn’t touching skin, as it should be – “Oops.” 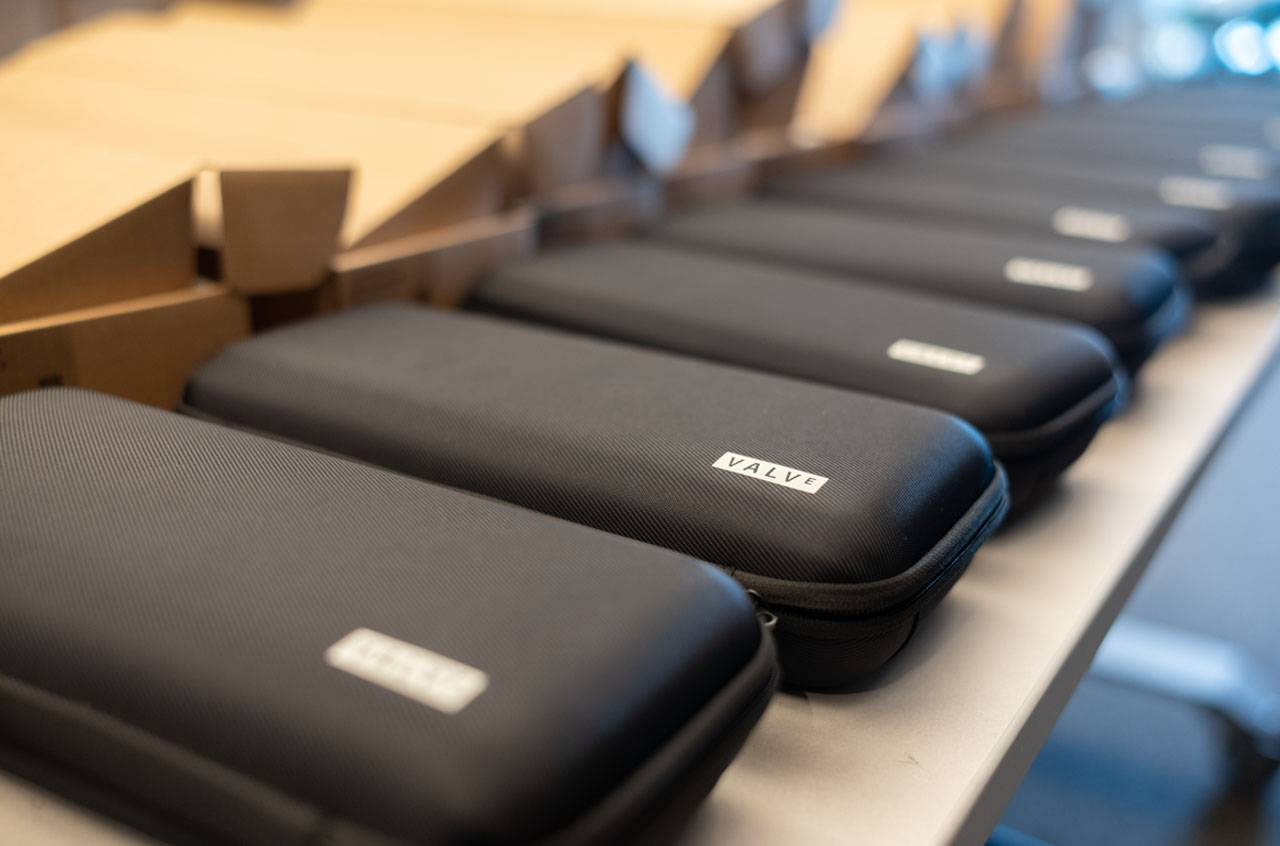 They also speak about how they’re using a 2230 size module (SSD) for data storage, using the M.2 connector for this hardware. But – again – as the instructions suggest: you shouldn’t be doing any of this in the first place.

Also note: If you’ve ever owned an official Steam Controller before they were discontinued forever, you might’ve performed a teardown of your own – and will find this new teardown quite familiar. Almost as if Valve is using a lot of what was learned in the construction of the Steam Controller to make this new Steam Deck.