Caffeine is serious business, and if you’re anything like me then coffee – and plenty of it – is your delivery mechanism of choice. Over the years we’ve seen a growing number of ways to bring not only brewed coffee but cafe favorites like lattes and cappuccinos into the kitchen, some more straightforward than others. Now, Starbucks has arrived with its new Verismo system, with redesigned pods and all-new brewers.

I’m not quite at “Coffee Geek” status, but I am something of a coffee snob. I make sure I only buy recently-roasted, whole beans; I grind them myself before I brew. I’m also on record as being more than a little critical of pod coffee machines, both for their environmental impact and the fact that, in my experience, the drink they produce is generally underwhelming. 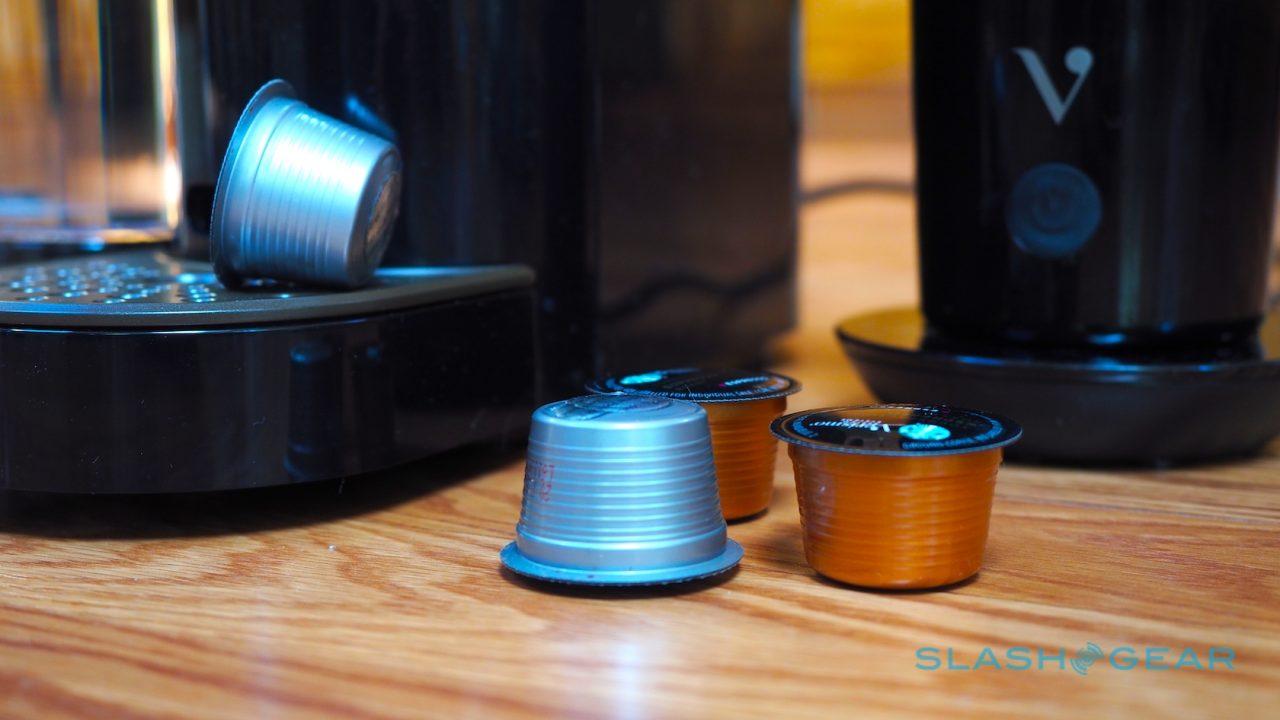 You could argue, then, that I’m the wrong person to review Starbucks’ new Verismo system, or you could make an equally strong case that I’m the perfect person. If it can sway me, it must be good, right?

There’s actually two parts to the Verismo system: the coffee brewer, and the milk frother. You can buy them separately, at $149 and $59 respectively, or as an “Every Day Bundle” for $179, which also comes with a dozen pods. 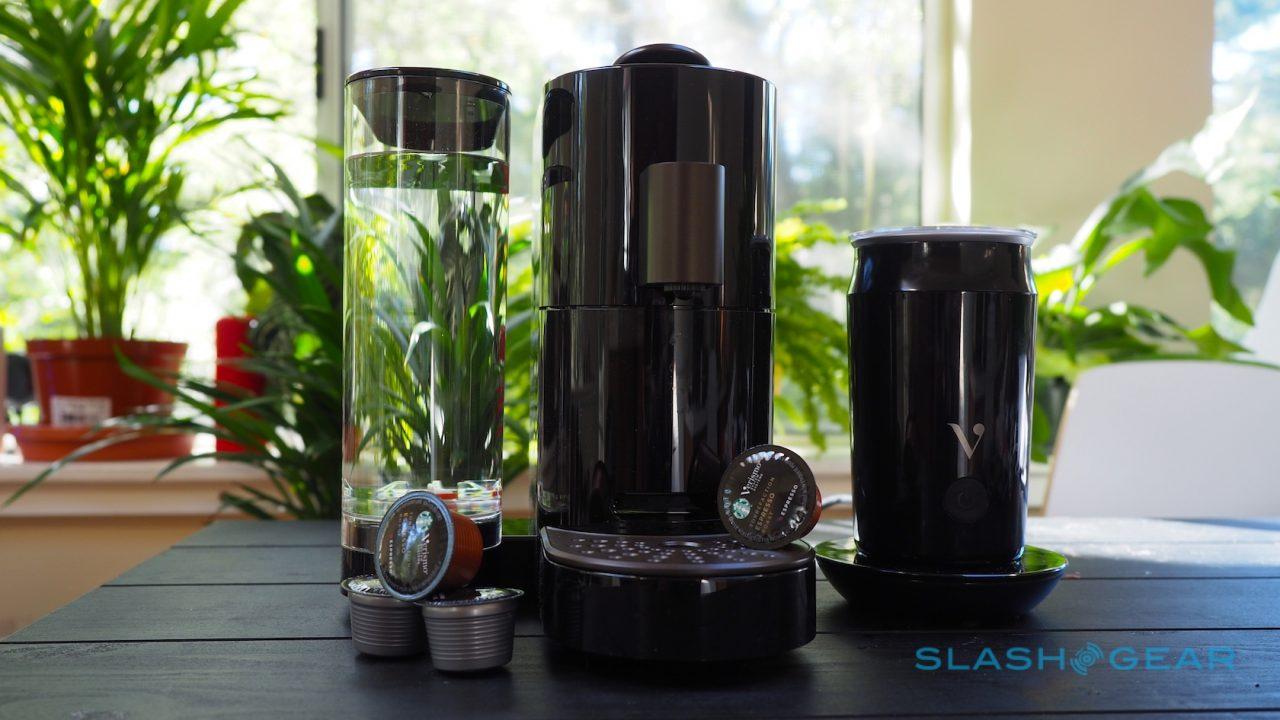 Like many pod coffee machines, the Verismo V Brewer is two side-by-side columns, one for brewing and one for the water reservoir. It’s a compact 11-inches high, 12.9-inches deep, and 7.6-inches wide; you shouldn’t have a problem opening the handle at the top even if there are kitchen cupboards on the wall above it.

Most of it is black plastic, aside from the metal handle and a surprisingly weighty metal grate atop the drip tray – which attaches at two heights, cup size depending – which are each in a contrasting brown finish. The water tank holds 2.3 liters, or almost 2.5 quarts. Controls are a row of illuminated rubber buttons along the top. 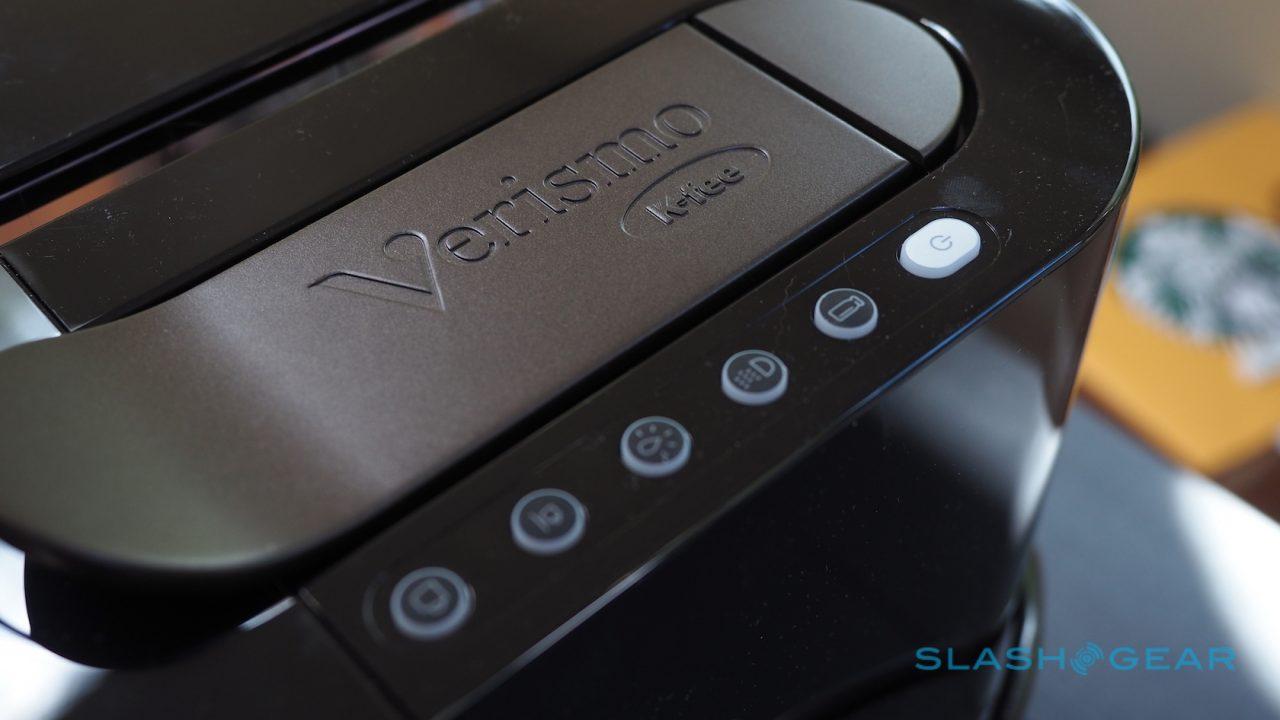 If you’ve used a pod coffee machine, the mechanics of the Verismo V Brewer won’t come as too great a surprise. Lift the handle, slot a fresh pod into the hole – it’ll only go in one way – and then push the handle back down. As well as the power button, there are buttons for an espresso pod or a brewed coffee pod, a milk pod, dispensing hot water, and running a rinse cycle. 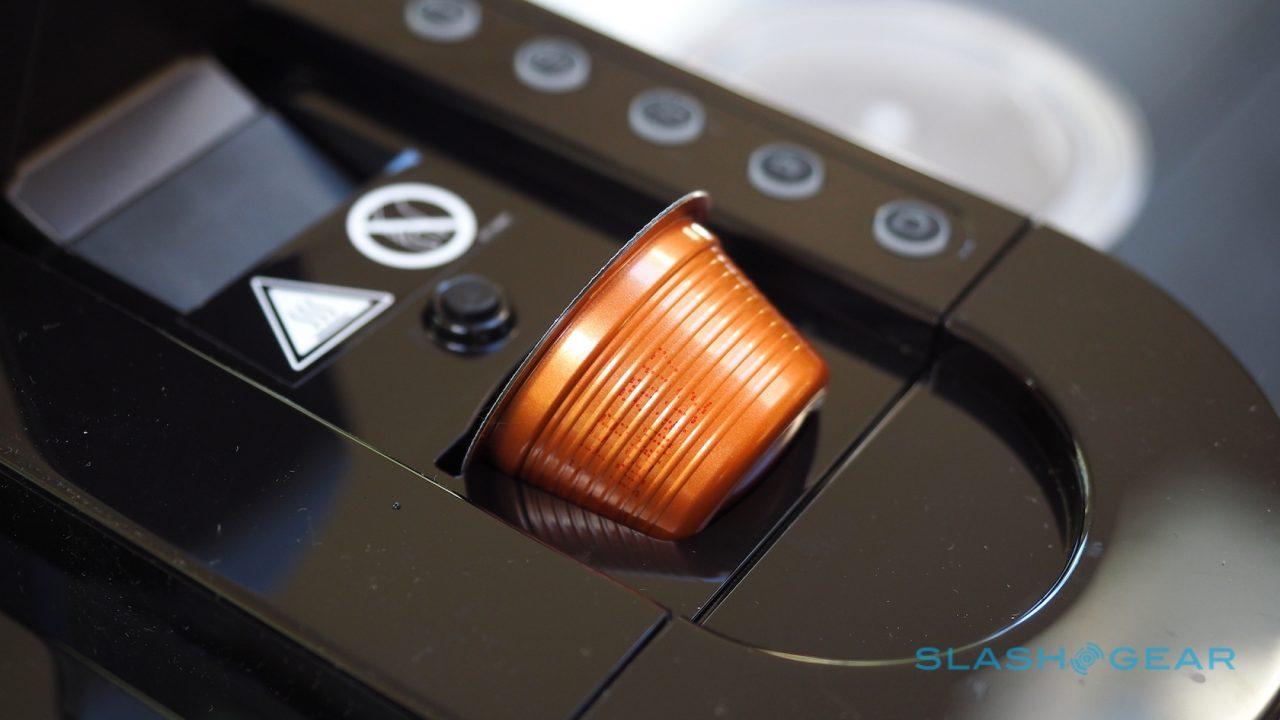 Powering up takes under 15 seconds. Then you press the appropriate button, wait a moment, and with a whir and a gurgle your coffee pipes out the front into the cup you hopefully remembered to put in place. After it’s done – and you can prematurely stop the flow by pressing the mode button again – you lift the handle to jettison the spent pod into the internal bin, accessed by pulling out the door behind the drip tray.

So, how does Starbucks differentiate its machine from the rest of the pod coffee crowd? That comes down to replication: effectively promising the same drinks that you’d get in a Starbucks cafe but in your kitchen instead. There are more than fifteen types of pod, ranging from the company’s signature espresso and single-origin options like Ethiopia Yirgacheffe, through to Pike Place and Caffe Verona.

There’s some cleverness going on inside, too. For espresso, the Verismo V uses high pressure – Starbucks says up to 19 bars – whereas brewed coffee pods, which have a little tab to pull off before you insert them, get lower pressure. The maximum pour size of the latter has increased, too, and is now up to 10 fluid ounces. 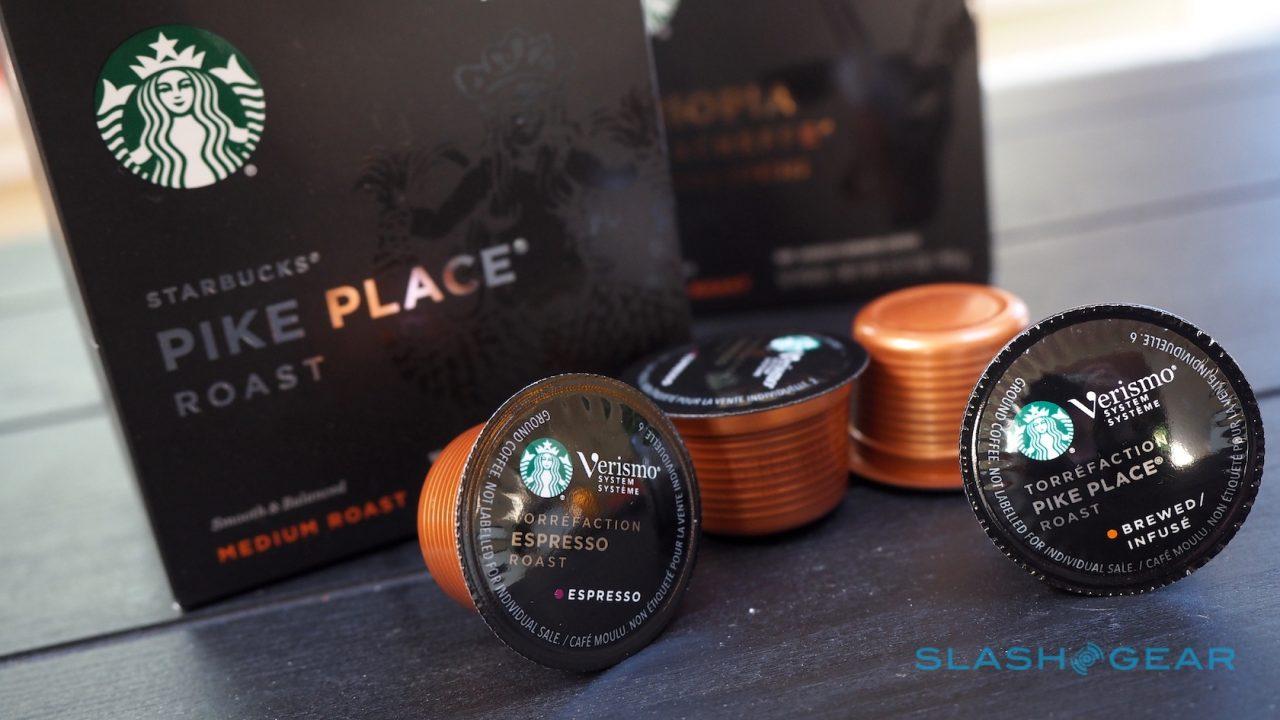 The same convenience that Starbucks’ cafes offer – a predictable standard of drinks in a vast number of locations – the Verismo V Brewer replicates. I didn’t go so far as to take the machine into my local cafe for side-by-side taste tests, but the signature, single-origin, and brewed pods the company sent over with the brewer were effectively what I’ve come to expect from the physical stores.

If you want a cappuccino or a latte, meanwhile, you’ll need to throw in the Verismo Milk Frother. In theory you can use Starbucks’ milk pods with the brewer, but I found the taste and texture was unimpressive; better, I think, to use fresh milk. 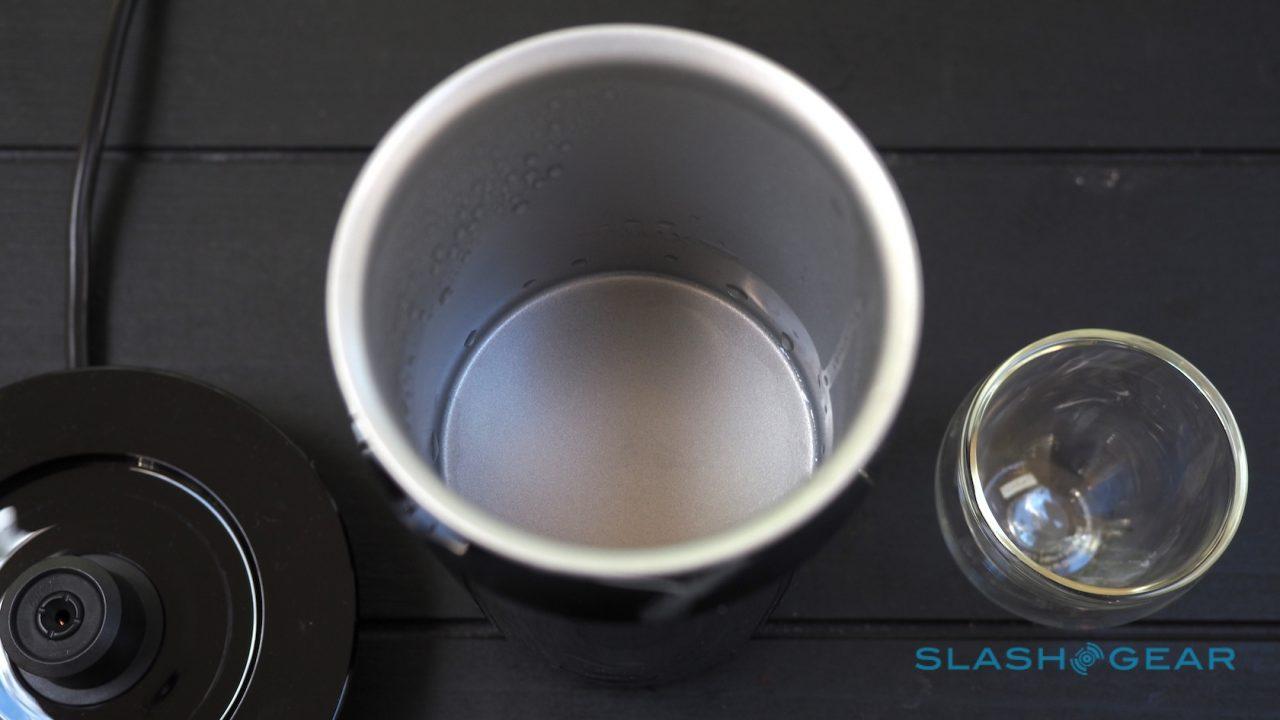 It’s a short, black cylinder that resembles an insulated mug. A plastic lid pulls off the top to reveal a non-stick lined chamber a couple of inches deep; into that you can put up to four fluid ounces of milk. Starbucks says you’ll get best results with cow milk, but I tried goat milk and it worked just fine. Almond and soy might vary in final texture.

The lid has a whisk extending from it, propelled into a spin by magnets underneath the chamber. You can fit a small metal whisk to it for a cappuccino, or leave it off for a latte: with the former you get more foam and less liquid, while the latter gives you more liquid and just a smudge of foam. Sit the whole thing on the base station, press the button on the front once, and after 80 seconds your milk is not only whisked but heated too (you can long-press the button and skip the heating for cold drinks too). 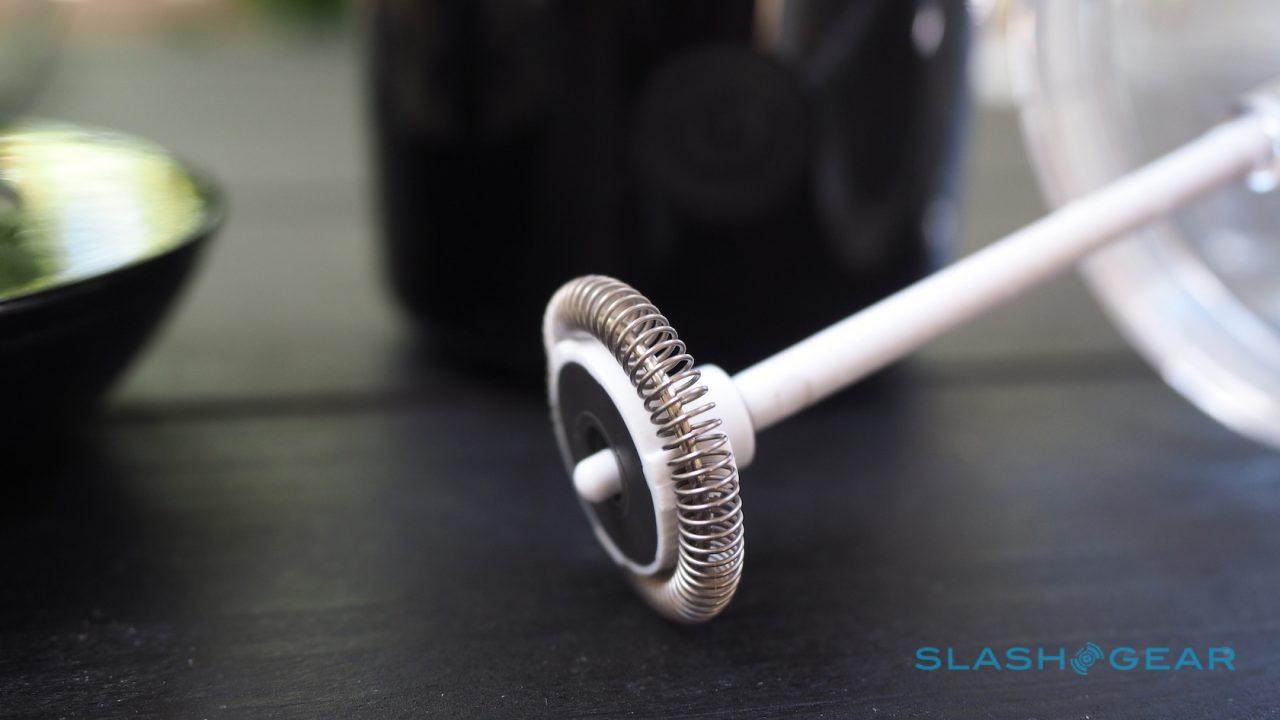 I stuck my handy kitchen thermometer in there, and it had reached around 158 Fahrenheit, which is comfortably drinkable. Combine milk and espresso shot, and you get a decent facsimile of a Starbucks latte or cappuccino.

Cleanup involves rinsing out the frothing chamber – you can run the whole frother under the tap – while the lid and whisk assembly is dishwasher-safe. Worth noting is that, in the grand scheme of things, four fluid ounces isn’t all that much, even when it expands during the frothing process. Basically, it’s single-serve, and only produces the rough equivalent of a Starbucks short when added to the espresso shot. 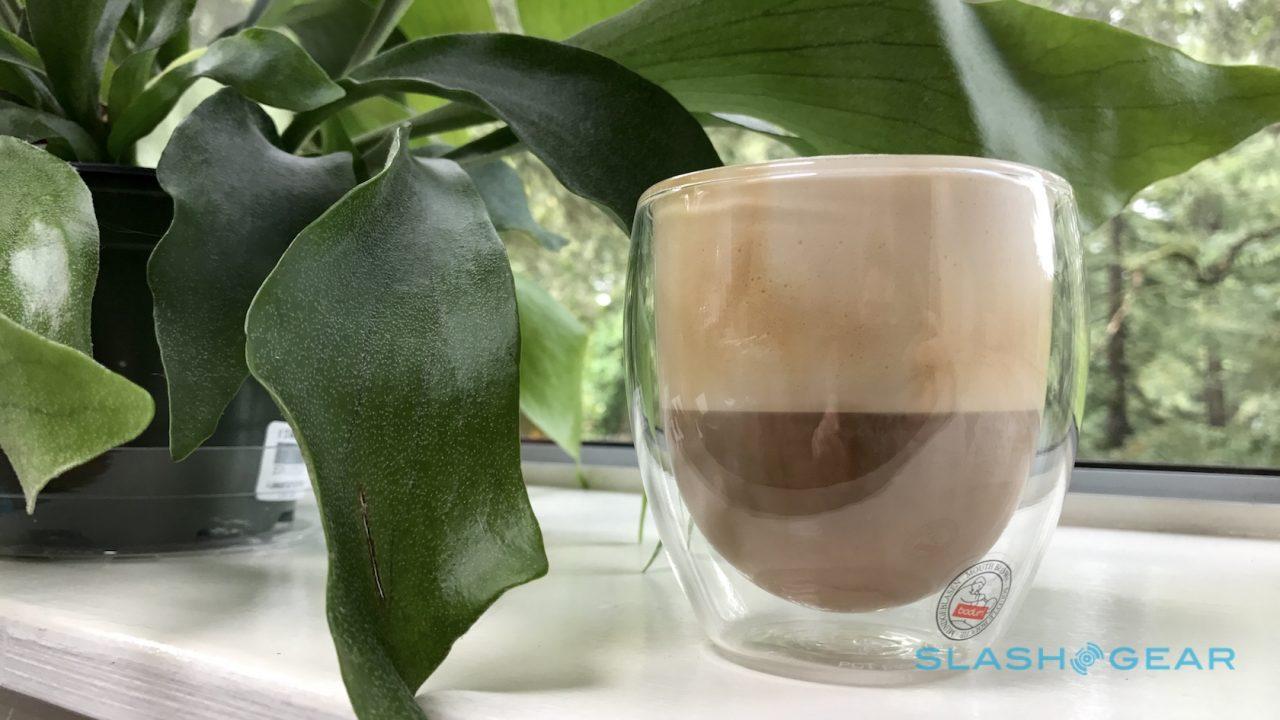 You could say the same about the brewed coffee, for that matter. Maximum drink size might now have increased to 10 fl.oz. but that’s still halfway between a short and a tall drink in-store. Pods range from $9.95 to $11.95 for twelve, depending on type, so the cost per drink is less than what you’d pay in-store. On the flip-side, you might need to make more of them to get the equivalent of your in-store fix.

That has an ecological impact as well as a financial one. The Verismo pods are predominently of polypropylene #5, which is – depending on location – recyclable. However, you need to take the lid off and the spent coffee grounds out before that can happen, and that’s both messy and time-consuming. 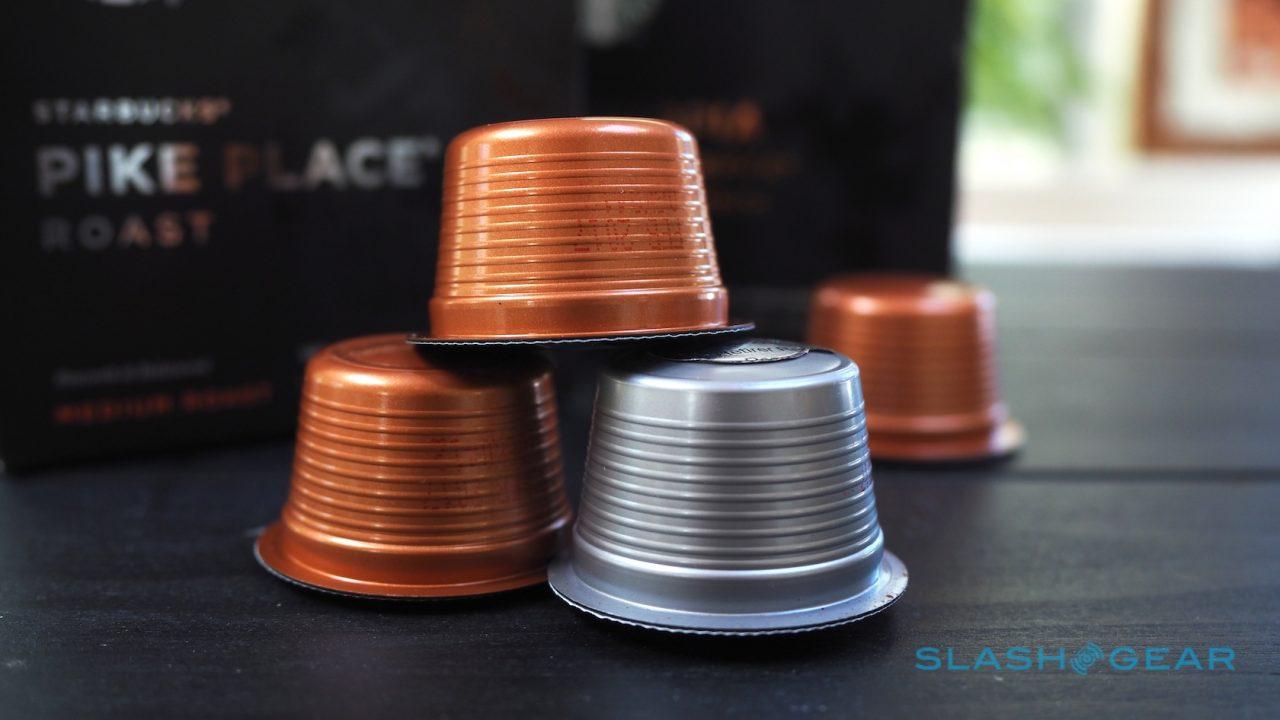 Starbucks tells me it’s working on a fully-recyclable pod that presumably wouldn’t require the fiddly deconstruction, but there’s no timescale for when (or even if) that will roll out. I suspect that most Verismo V owners will simply dump them in the trash, and that’s not something I’m especially comfortable with.

Home espresso is a tricky thing. A decent, reliable espresso machine costs at the very least several hundred dollars; you also need a suitable grinder, a space to set it all up, and the willingness to use and maintain it all. Brewed coffee machines, with a few exceptions, make a whole pot, not a mug-sized amount. 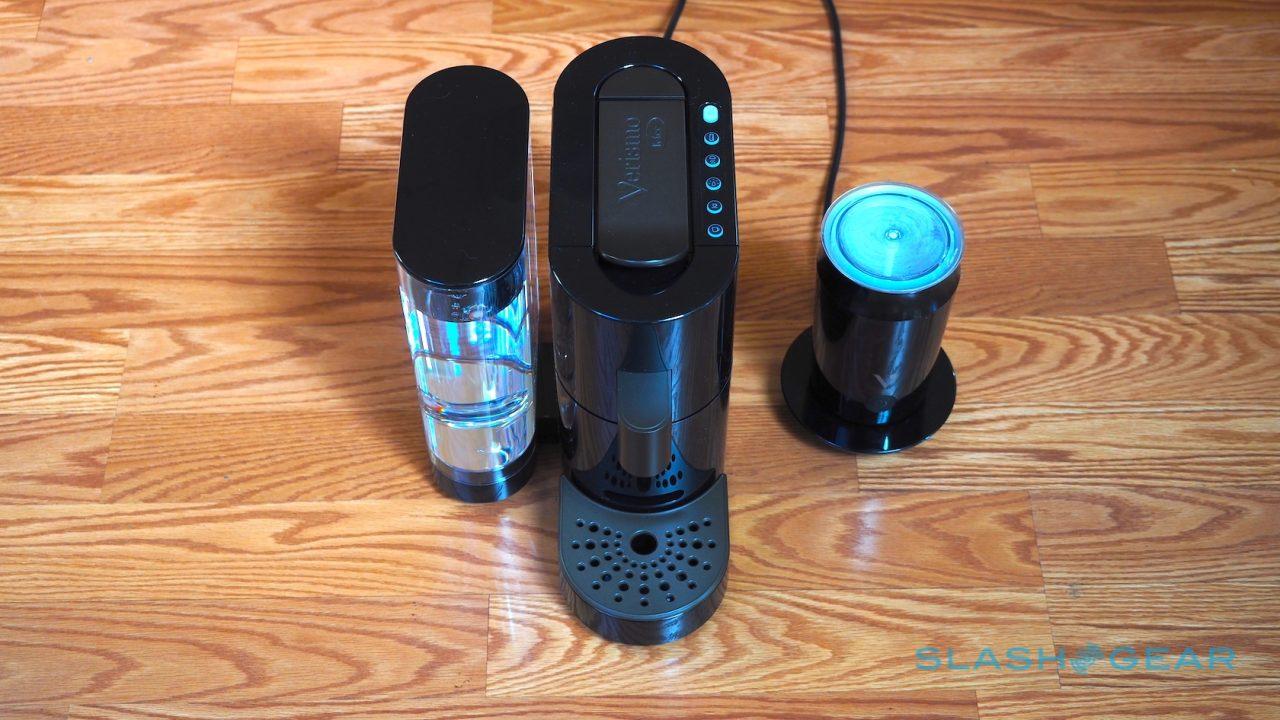 The convenience factor of the Verismo V Brewer, therefore, is tough to argue with. Starbucks has fulfilled its taste ambition too, for what that’s worth to you. In short, if you like Starbucks coffee, you’ll probably like what the Verismo V can produce for you.

Personally, I’m more interested by the Verismo Frother which in a straightforward and convenient way makes a useful cup’s worth of foamed milk. That’s handy for coffee brewed by any machine I might have on-hand. It’s a lot easier to clean than most of the suction-based milk frothing attachments you find on higher-end superautomatic espresso machines, too.

Preorders for the Verismo V system begin online today, and the machines will show up in-store from this Friday, as will the new Verismo pods. You’ll be able to use the new pods with existing Verismo brewers, too, though Starbucks warns that the new brewed coffee pods might result in a stronger drink than the old style. 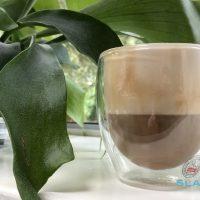 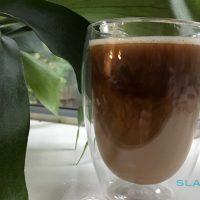 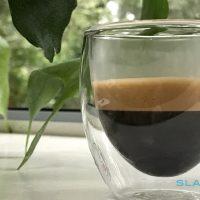 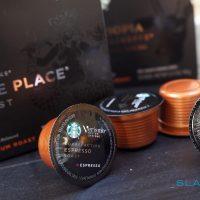 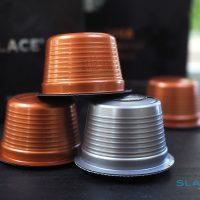 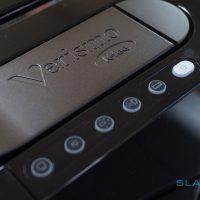 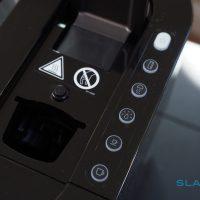 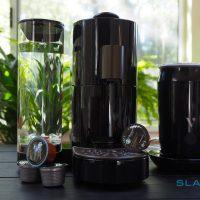 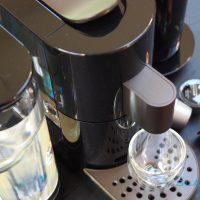 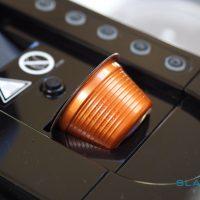 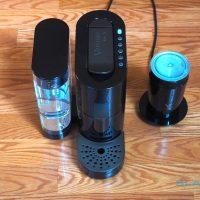 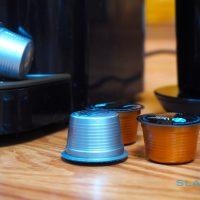 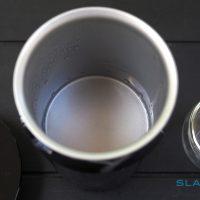 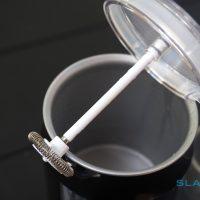 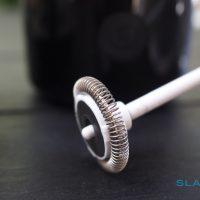