Before we go any further, Star Wars fans, I recommend you turn back – this is the sort of leaked set of images that change the movie. This is an image – and a set of images – that make the way you see the film different, especially if you’d planned on going to the theater this December with a completely blank slate idea of what Star Wars: The Last Jedi would be like. 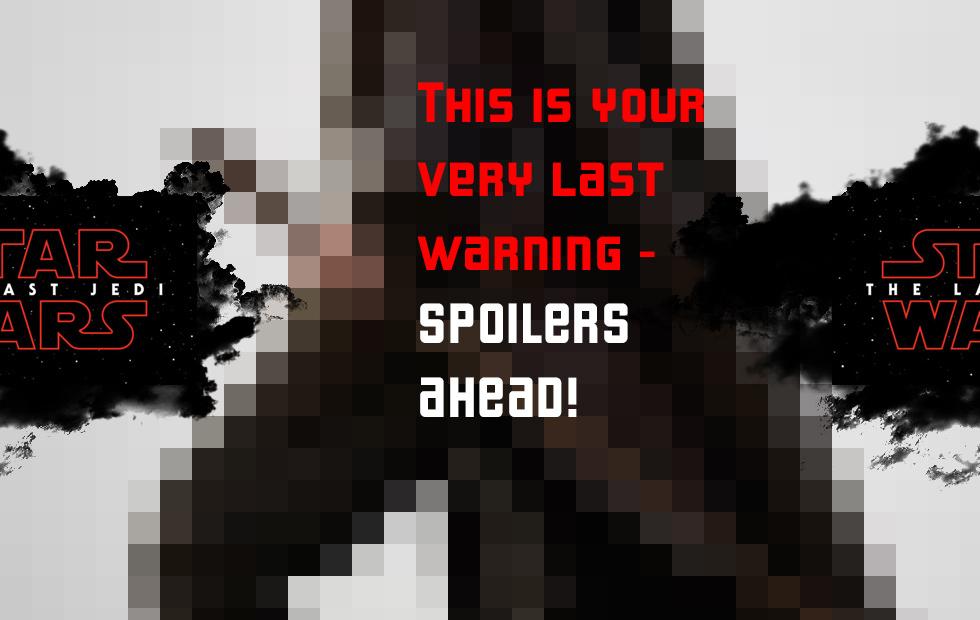 Again, this is your last chance! If you do not want to see any images that might feel like spoilers for Star Wars: The Last Jedi, turn back now! What we’re about to show you has been leaked by a semi-anonymous Reddit user by the name of “PhillipAltman” – a fellow who is likely being given a slap on the wrist by his mother right now!

To further protect the future enjoyment of this film for our own writers (aside from myself, because I don’t care), I’ve inserted an IMGUR gallery here instead of putting the images in our own databanks. This way nobody else on staff has to see these images on accident.

Of course everyone is free to dive in if they want – but know this! The image of Snoke you’re about to see might completely fry your mind-cakes. I hope your eyeballs have their seatbelts buckled, because you’re about to be taken on a RIDE.

Also you’ll be further protected from seeing this image by a few photos from the same set that are otherwise semi-inconsequential. These sorts of images will be plastered everywhere your ocular sensory balls can turn before the end of December of this year. Think action figures, posters, and cardboard cutouts. Hit the NEXT button until you see the man in icky, icky skin.

Also note: rumors that Snoke was originally supposed to appear on Chappelle’s Show during the Hater’s Ball segment are entirely untrue. He has no reason to hate, anyway – he’s got the most pimped-out outfit of any citizen of this or any other universe. Gee-ohh-ell-dee, GOLD.

Could it be that Snoke was so named due to the large amount of cigarettes he smoked as a young man. This resulted in the nightmare of a neck he has now – sound like a reasonable guess at the situation to you? I can’t imagine we’ll get any hint about the real deal with his face any time soon – or at least until the next episode. For now, we’ve got those fabulous baby blues to look at.

It should be clear now that Snoke is not a hologram – nor is he set to be represented solely by a computer graphics-placed stand-in. This is a puppet, a magical puppet. Amongst the greatest puppets ever made for a movie, or any other sort of production for that matter – EVER. And if Gollum and Caesar the Ape have anything to say about it, this is going to be one of the greatest feats in eye-trickery ever recorded by a camera.