Star Wars: The Force Awakens – who is Darth Plagueis?

Evil character Supreme Leader Snoke has had his identity called into question once again by Star Wars fans, and the keeper of the canon Pablo Hidalgo has answered. One of the most long-lasting theories about the most massive of antagonists in Star Wars: The Force Awakens was that he was actually none other than Sith character Darth Plagueis. Today that theory gets put to rest… sort of. Today we explain who Darth Plagueis is, and what he has to do with Star Wars: The Force Awakens.

What you’re about to see is a scene from Star Wars: Revenge of The Sith. This scene shows Palpatine – eventually revealed to be Darth Sidious and the dark lord of the Sith that eventually turned into The Emperor of The Empire, as seen in Return of The Jedi. Watch as he explains Darth Plagueis.

NOTE: While previous entries into our “Who is” Star Wars series had characters attached to the movies they were in, today we’ve got something different. In this case, we’re expanding the meaning of our titles to suggest “in the context of this film, who is this?”

What could this have to do with Star Wars: The Force Awakens? Surely he must be dead by now. 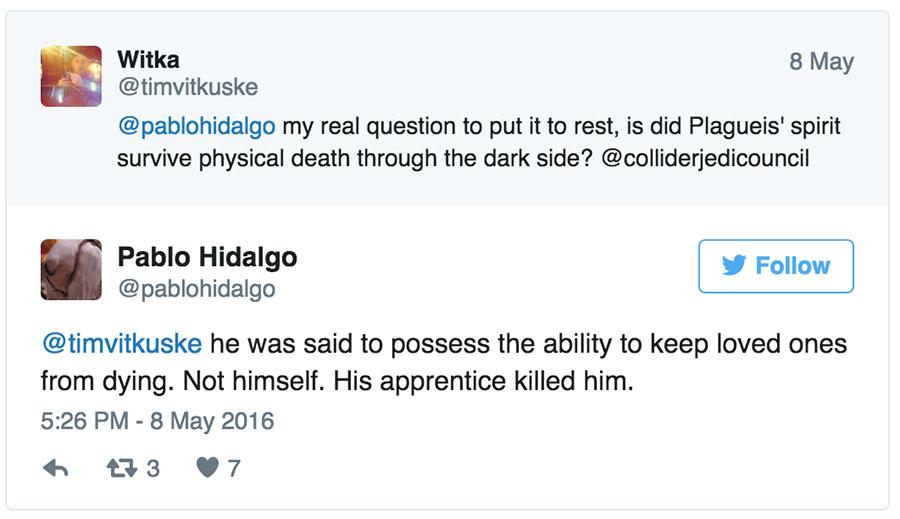 The Force being the undying will of conspiracy theorist Star Wars fans, that is to say. They – the grander they – decided it was possible that because Palpatine was a Sith, and therefor known to lie and deceive, could actually have not truly killed his master, Darth Plagueis.

Of course he could also have been lying about Darth Plagueis ever existing in the first place. He could have just told a tale about this Sith Lord to mess with Anakin, and twist him to his will. That is certainly possible. 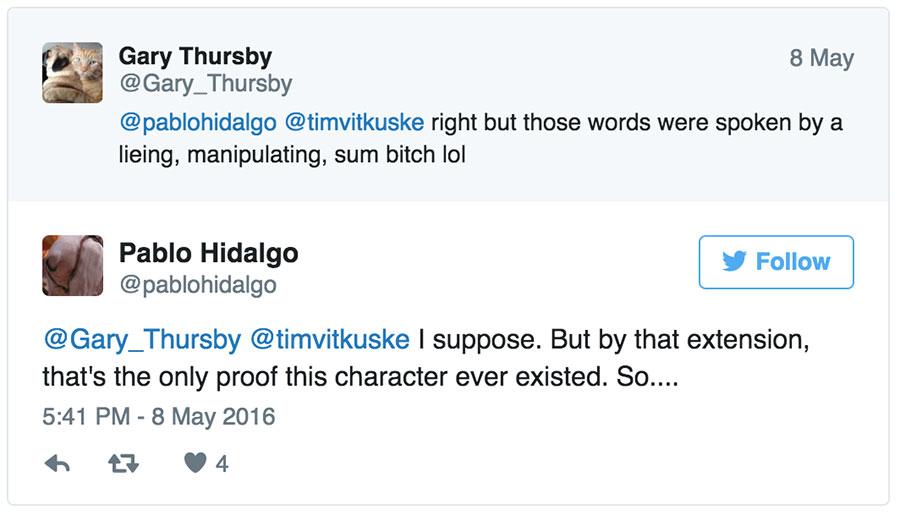 According to Pablo Hidalgo – the final word when it comes to Star Wars Canon, Palpatine wasn’t lying.

He wasn’t necessarily telling the whole truth, but he wasn’t lying in this case. 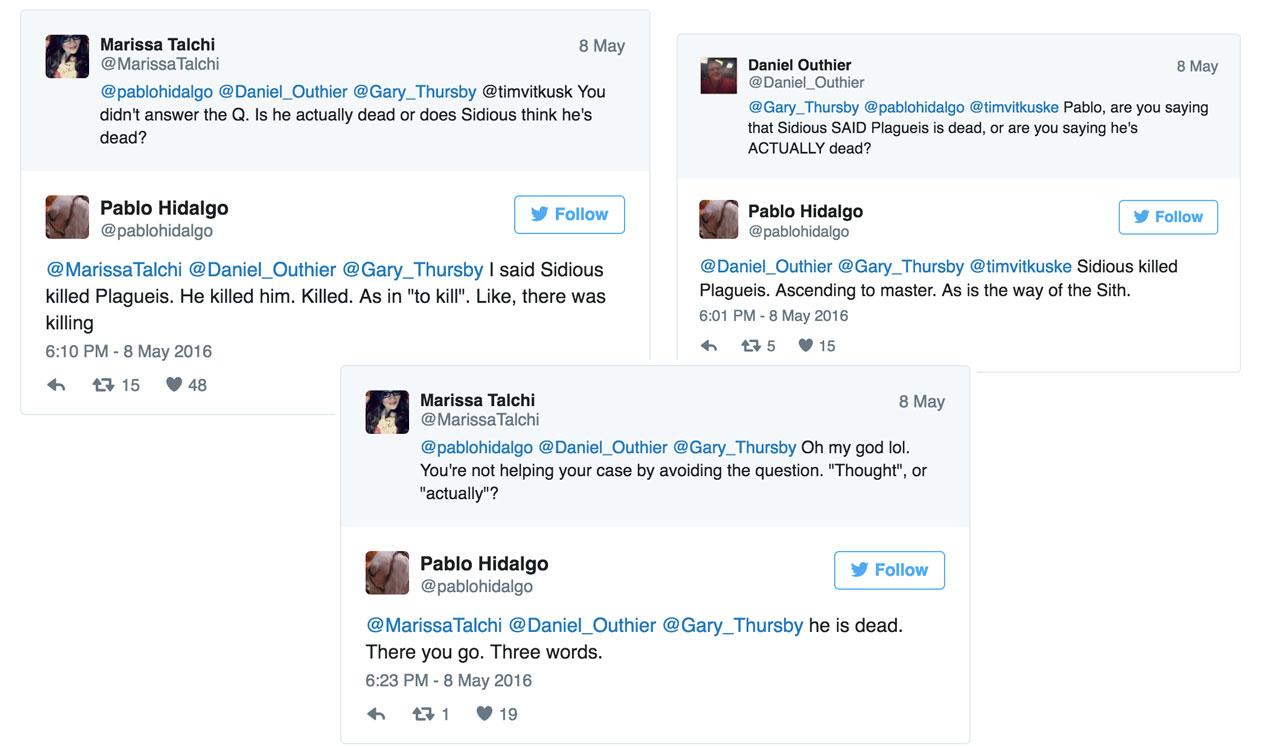 While book(s) have been written that include Darth Plagueis in the past, they’ve all passed into “Legends”. As such, the only proof that Plagueis actually existed was from Palpatine himself.

You are seeing the entirety of public Plagueis knowledge in the video clip at the head of this article. That’s it. That’s canon.

Our “Who is” entry at this point is extremely simple – nothing else is canon.

Hidalgo confirmed, through a series of subsequent Tweets, that Plagueis actually did exist, so far as Palpatine said he existed, and that he is indeed DEAD by Palpatine’s hand. By the time Star Wars: Revenge of The Sith takes place, Plagueis is already certainly dead.

Now, if we want to continue the madness of absolute unbending will to place Plagueis in Snoke’s shoes, we COULD turn to the other theory which suggests that Snoke isn’t actually alive.

Not alive by our normal standards, anyway. He could be a re-animated corpse. Or a zombie, as they’re called in Return of the Living Dead.

We can’t presume to begin to understand why, at this point. And there’s no confirmation by any canon-wielding Star Wars official at this moment. That’s where we are – and we’ll go no further!