This week a combination of releases from Google, Lucasfilm and Disney, and Verizon have lead us to clues about the next big Star Wars virtual reality release. As StarWars.com suggests, the release date for this VR adventure will be December 2nd, 2015. There you’ll find what they’re describing as “first-of-its-kind serialized Google Cardboard Virtual Reality (VR) experience.” That’s for Star Wars: The Force Awakens, and it’s going to allow you to jump aboard our favorite starship. It’s going to be epic.

The VR experience from Lucasfilm, Disney, Google, and Verizon, will include “a compelling story, which ties directly into the opening of Star Wars: The Force Awakens” using the “very latest cutting-edge Virtual Reality technology.”

Of course you’re going to need a smartphone to see it – and a Google Cardboard viewer. You’ll be able to pick one of these up at Verizon stores “featuring popular Star Wars images” on their outsides starting on December 2nd, as well.

At StarWars.com they suggest that this is just the latest in the string of experiences coming from ILMxLAB.

Creators from Lucasfilm, Industrial Light & Magic, and Skywalker Sound have joined forces to create a virtual reality creative nexus the likes of which are bringing Star Wars to a new place that’s much more interactive than ever before. 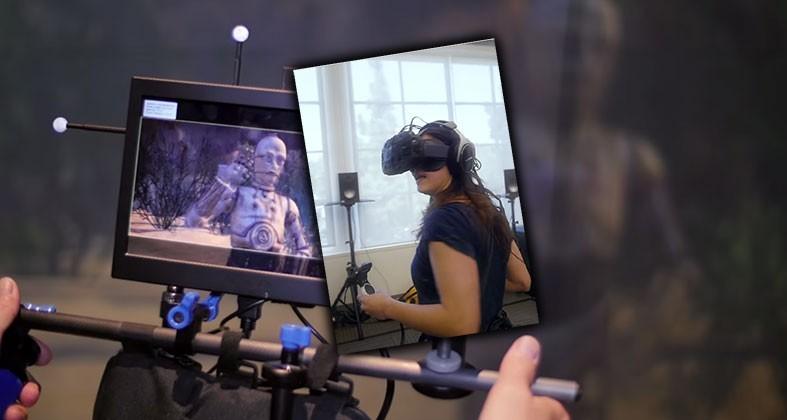 According to Google’s VP of Product Management Clay Bavor, this experience will include at least one tour of the fastest hunk of junk in the galaxy: “the Millennium Falcon in all its (virtual reality) glory included.”

So stay tuned – and get your goggles ready!