Two DIY Star Wars enthusiasts have taken to the shop to make a very strange invention. This is the Droid Translator Helmet, and it’ll turn your voice into Droid-speak for a second helmet to pick up and translate. Sort of. There’s a bit of a trick to it. Instead of actually translating speech word-for-word to a series of beeps and boops, these helmets play sounds from the movies. The speech is not exactly translated so much as it is transmitted.

Above you’ll see a real-deal droid being made for Star Wars: The Force Awakens. Below you’ll see the slightly less impressive looking helmets made by the team at Minimum Effective Dose. They’ve made a concept – a functional concept, but one we’d love to see developed further – that’ll be fantastic for cosplayers of the future.

We’re guessing Anthony Daniels and Kenny Baker wouldn’t have minded having something like this for filming Star Wars (A New Hope) instead of just speaking loudly from behind tin can helmets and domes. This feels like it’d be a bit easier to work with as far as reacting properly goes.

Think of the future!

What’s happening here is each helmet is outfitted with a Laryngophone (throat mic), a speaker, a tiny computer, headphones, and a wi-fi module. 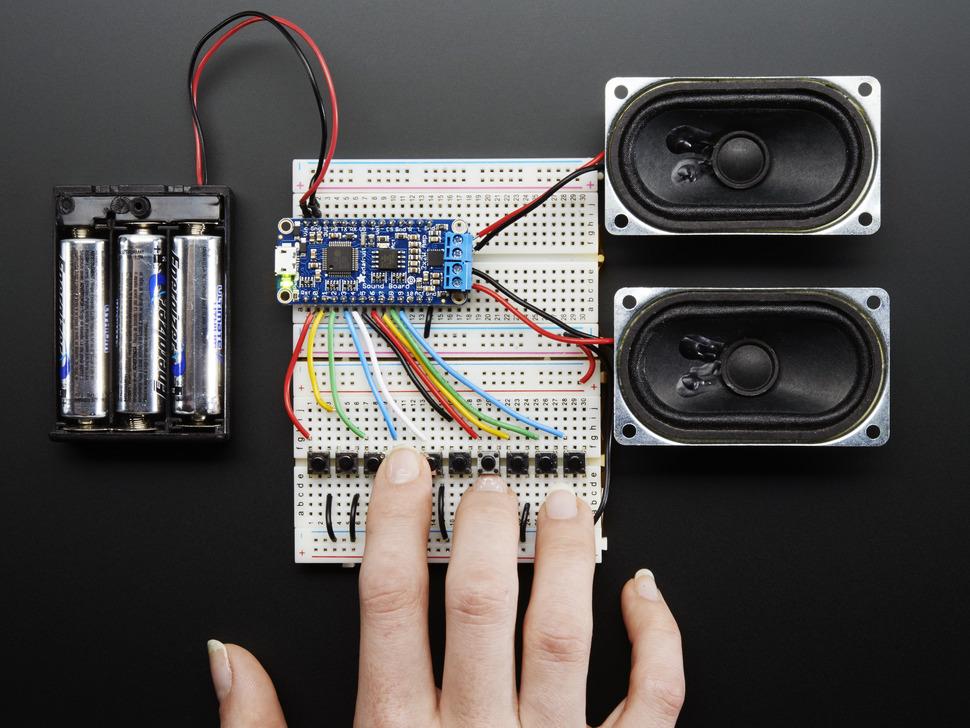 This project uses the sound board+ speakers you see above. This is the Adafruit Audio FX Sound Board + 2x2W Amp – WAV/OGG Trigger.

First a person speaks – the sounds are transmitted through the throat mic to the computer which sends the sounds to the second helmet’s headphones. While this is happening, the first helmet also plays R2-D2 droid-speak sounds.

The result is a couple of droid-headed people making all sorts of droid noises out loud while they hear eachother speak in normal human voices that cannot be heard by anyone other than themselves. Neato.

According to one of the creators of this project, Don P, the following directions will do.

• Get Adafruit’s Audio FX Sound Board + 2x2W Amp – WAV/OGG Trigger -16MB (2MB version will work too)
• Follow the Adafruit directions for getting it working – you will need trigger inputs 0-4 only.
• Download one of these WAV file sample sets: QT-314 or RT-K5.
• Remove any samples already on the board, then upload the WAV files from the ZIP file folders to the audio board (they will be named things like T01RAND3.WAV and so on).
• When you’re ready to play, connect one of the trigger inputs 0-4 on the audio board to GND. As long as that trigger pin is LOW, the board will play sounds from that trigger’s sample set. So trigger 0 has different sounds than trigger 1, etc.
• When you want to stop talking, disconnect the trigger. The board will finish playing the current sample, then stop.

That’s just one part of the full directions. You still need the radio and the throat mic. Easy, right? 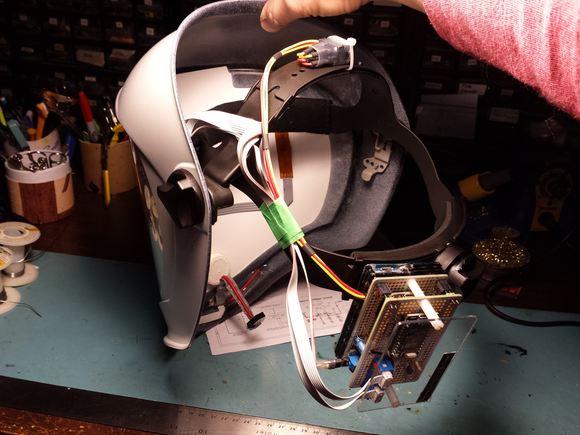 ABOVE: Everything but the radio and the throat mic.

You can find the full directions for creating this masterpiece at Hackster.io.