Spotify added a “What’s New” feed to their app, at long last. This is a page where users will find new releases from the artists they follow. Simple enough, yes? Should’ve probably been in the app for a long time now, right? This should drive a lot of traffic in Spotify beyond allowing users to see new tracks from their favorite artists and content creators too – because there’s a bell, and a blue dot.

In the world of addictive apps and content, the blue dot indicator (or variations thereof) is the boss. In the new Spotify app update, there’ll be a bell (indicating an important notification), with a blue dot indicator atop it. This blue dot appears if “new songs or episodes” have been added to the feed since “your last visit.”

If you’re the sort of person who checks social media apps to see if anyone has released anything new, this What’s New section in Spotify is going to have you tapping in… pretty often. This could change your whole daily smartphone routine, really. It basically adds a FOMO element to Spotify where no FOMO existed before.

To add artists to a What’s New feed, users will tap a “Follow” button on the pages of their favorite artists and shows (podcasts, etc). The follow button will begin to appear in the app soon, the What’s New update to Spotify is scheduled to roll out to Android and iOS “over the coming weeks.” 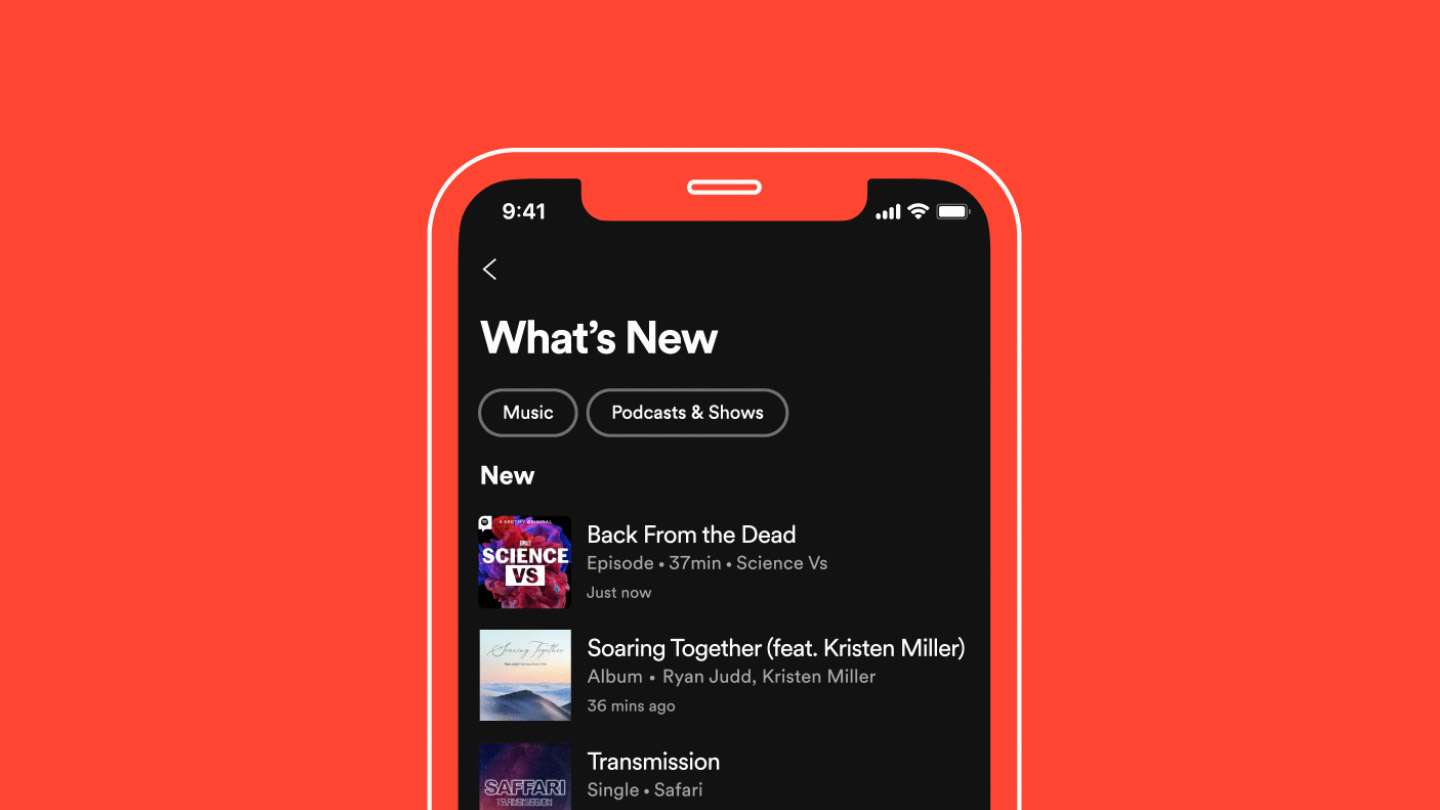 Spotify is one of the leading names in streaming media in the world today. This network focuses on audio, but has expanded from music to podcast content and music videos in the last few years. Now it’ll likely only be a matter of time before we see all apps of this sort add a “feed” or “What’s New” section of their own to their various mobile apps. Soon you’ll have more apps to check for updates than you know what to do with!