This week Star Wars director J.J. Abrams and Producer Kathleen Kennedy sat onstage at Star Wars Celebration 2015 – and BB-8 rolled up. Sitting beside a couple of the R2-D2 creators – originally fans, hired by Lucasfilm and Disney for the next movies – out rolled R2-D2, then rolled out BB-8. This spherical droid we first assumed was a special effect. Now we know he’s real. He rolled out and moved around – he’s a real-deal piece of equipment – remote-controlled, of course, but real metal hardware.

“BB-8 was a creature that was performed,” said J.J. Abrams, suggesting that the original plan was to make him a special effects-only sort of creature. The prequels had mostly special effects – right, why not do it again? Why not just jump in with another odd piece of equipment later replaced with this strange – and seemingly impossible – spherical droid?

“We talked to Richard* about how to do this, and there were a lot of discussions about how doing CG would be better, but it would be so much better for the actors if he were practical.”

“We now have BB-8 operating on his own,” said Kennedy, “thanks to technology developed by Bob Iger*.”

To be clear: the first film does not use Sphero technology to bring BB-8 to life.

He’s a practical effect, meaning there’s actually a BB-8 piece of hardware, in this case being pushed around by a guy who’s later airbrushed out. But, (according to Bob Iger speaking with the New York Times,) the Sphero crew solved the problem for a toy and a real-world, usable BB-8.

So it’s not out of the question that the Sphero BB-8 will end up being used in future films as well.

When Iger worked with Sphero on this problem, they were part of Disney Accelerator, a program that teams up groups of creators with Disney mentors. 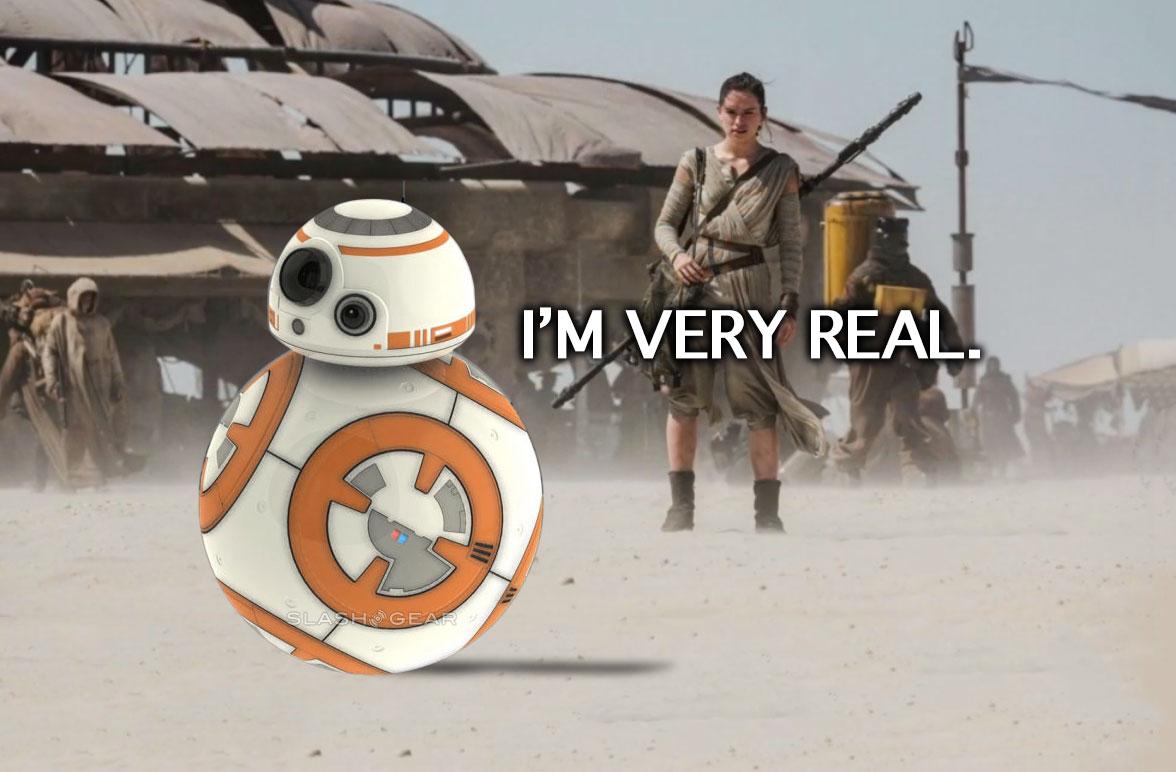 Sphero will be creating the toy version of Sphero as well – have a peek and get prepared for this little beast to come your way later this year.