SpaceX is expanding up its Starlink satellite internet beta, contacting would-be subscribers to offer them early access to the service at $99 per month. The project aims to blanket increasingly large areas with broadband internet service, delivered from a mesh of satellites that SpaceX has been progressively adding to over the past months.

While early speed and stability testing has been underway for some time, so far Starlink has only been collecting expressions of interest in the service from potential public users. Earlier in October, after SpaceX adding 60 new satellites to the constellation, Elon Musk said that a “fairly wide” public beta would follow.

That looks to be starting now, according to messages sent out this week from SpaceX. Starlink subscriptions will be $99 per month, at least for those taking part in the beta, according to emails seen by CNBC. However there’ll also be a $499 upfront cost, which covers the hardware involved. That’s a little more complicated than the typical “plug and play” cable or DSL modem.

Each Starlink Kit includes a satellite terminal – a small dish which is aimed at the mesh of satellites in orbit – and a mounting tripod for it. There’s also a router, which is connected via a cable to the terminal for power and data. The router is intended to be positioned inside, where it allows WiFi clients to connect to the service.

Apps for iOS and Android are used to set up the system, and once configured it’s designed to be auto-adjusting. The terminal dish can follow the path of the mesh satellites through the sky, to ensure the fastest and most stable connection possible.

SpaceX’s goal is to eventually offer an alternative to fixed internet services, or to wireless broadband such as 5G, as well as to fill in gaps in coverage where those options simply don’t exist. However for now, beta subscribers are warned that the service may not be reliable 24/7. 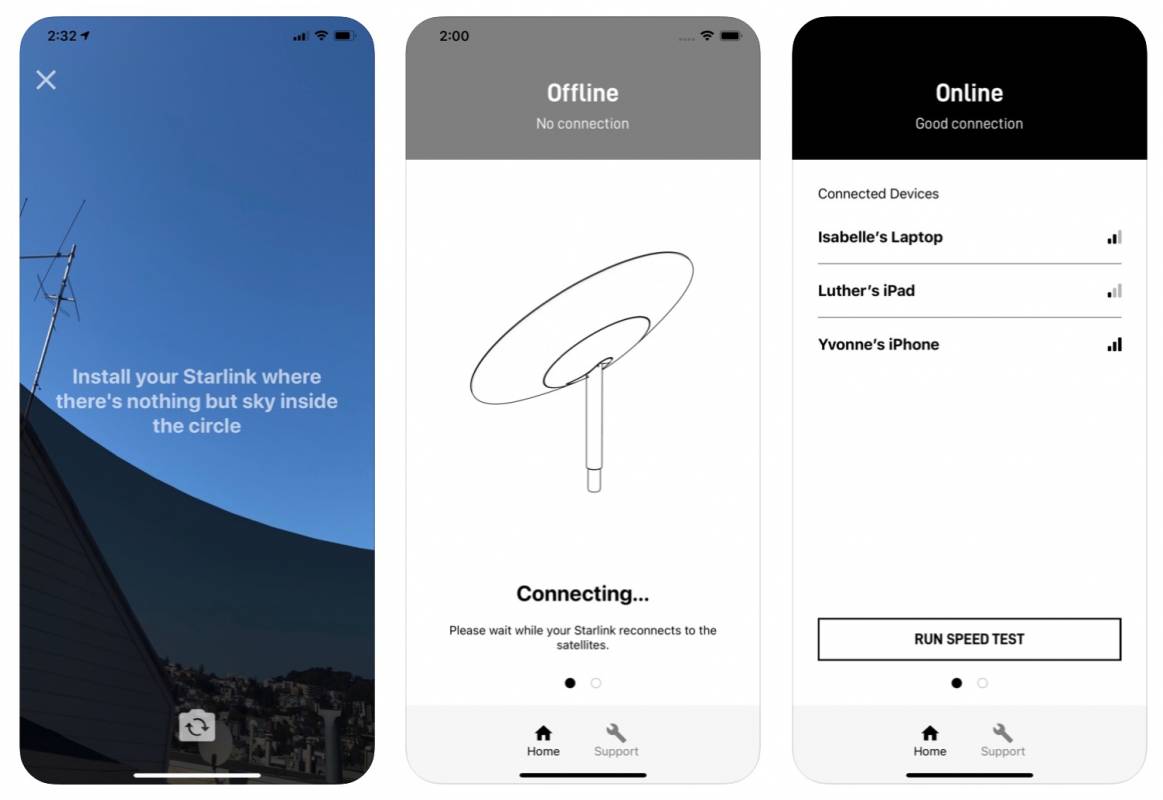 “As you can tell from the title, we are trying to lower your initial expectations,” Starlink warns in the invitation email. “Expect to see data speeds vary from 50Mb/s to 150Mb/s and latency from 20ms to 40ms over the next several months as we enhance the Starlink system. There will also be brief periods of no connectivity at all.”

It’s unclear as to how many people SpaceX is inviting to take part in the beta. Earlier in the year, the company said that it had seen almost 700,000 sign-ups on its site, for people interested in the satellite internet service. For the moment, though, the incomplete constellation means that SpaceX couldn’t deliver Starlink access to everyone even if it wanted to.

“Under Starlink’s Better Than Nothing Beta program, initial service is targeted for the U.S. and Canada in 2020,” SpaceX said in its new apps, “rapidly expanding to near global coverage of the populated world by 2021.”