SpaceX has successfully launched NASA’s Crew-2 mission, with four astronauts headed to the International Space Station aboard a Crew Dragon spacecraft. The Falcon 9 rocket blasted off from Launch Complex 39A at Kennedy Space Center in Florida this morning, at 5:49am EDT, again demonstrating the potential of NASA’s Commercial Crew Program.

Spiritual successor to the Space Shuttle program, Commercial Crew is all about NASA tapping private spaceflight companies to maximize efficiency and minimize costs for ongoing missions to the ISS and beyond. Rather than finance and build its own hardware, NASA has outsourced the process to companies like SpaceX, themselves focusing on things like reusable rockets and other components.

This is the second flight of six crewed missions that NASA and SpaceX have agreed upon, the first having taken a cohort of four astronauts up to the ISS in November 2020. This time around, Crew Dragon Endeavor also set some “firsts” for the space agency. It’s first Commercial Crew mission to include two international partners, for example, with Akihiko Hoshide of Japan’s JAXA and Thomas Pesquet of Europe’s ESA joining NASA’s own Shane Kimbrough and Megan McArthur. 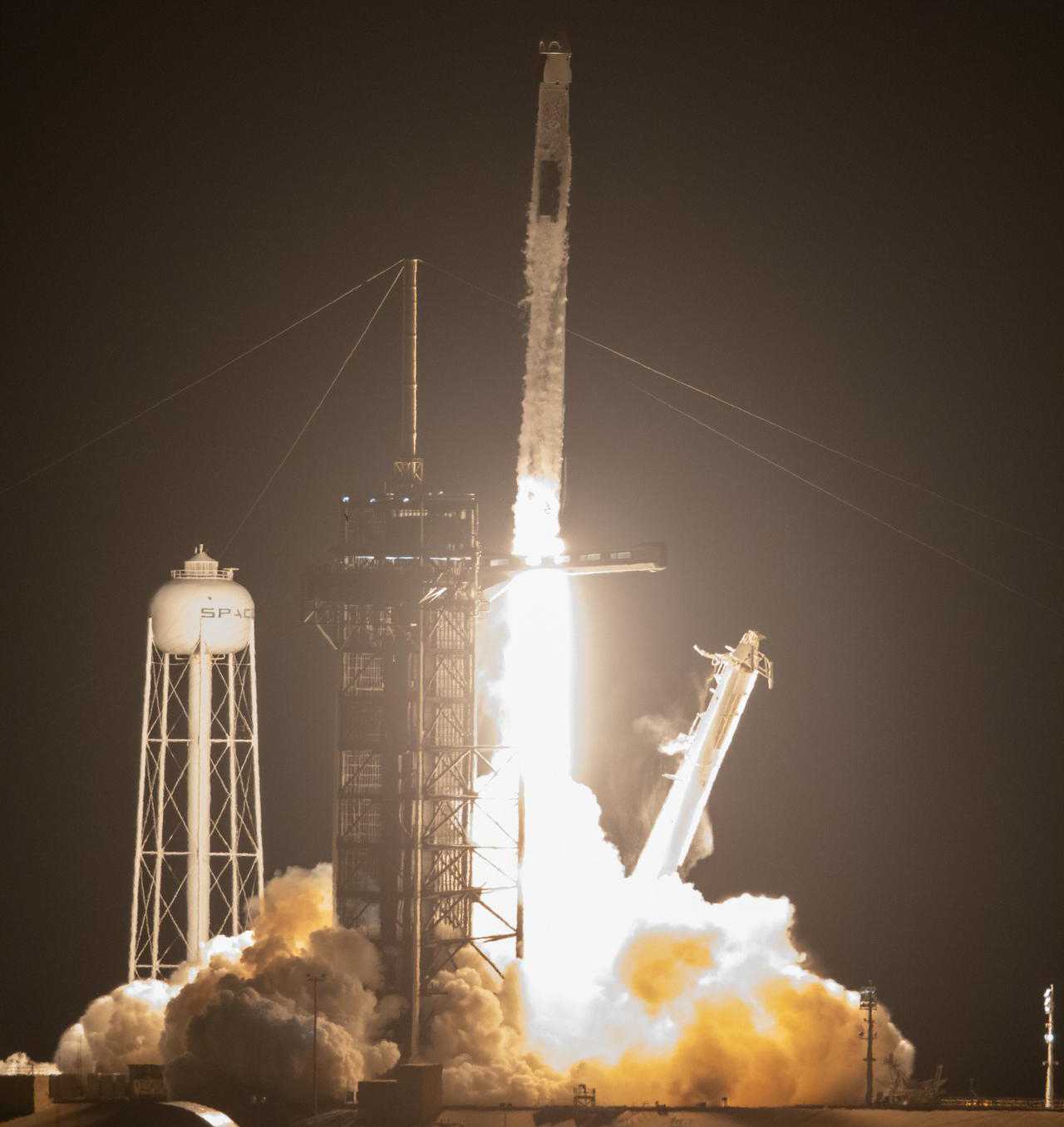 It’ll also be the first of this new breed of missions to include a Commercial Crew handover on the ISS, though the overlap will be relatively brief. Crew-1 and Crew-2 will be aboard the space station together for around five days, NASA says, before the former group flies back down to Earth on their Crew Dragon Resilience. For that overlap period, the two spacecraft will both be docked at the ISS.

Importantly, it’s also the first time a Crew Dragon and a Falcon 9 have both been reused on a crew mission. The Falcon 9 was used for the Crew-1 mission, while Crew Dragon Endeavour was used for Demo-2. That reusability is key to SpaceX’s pitch, with the company showing it’s increasingly capable at retrieving various parts used in the program and refurbishing them for future launches. 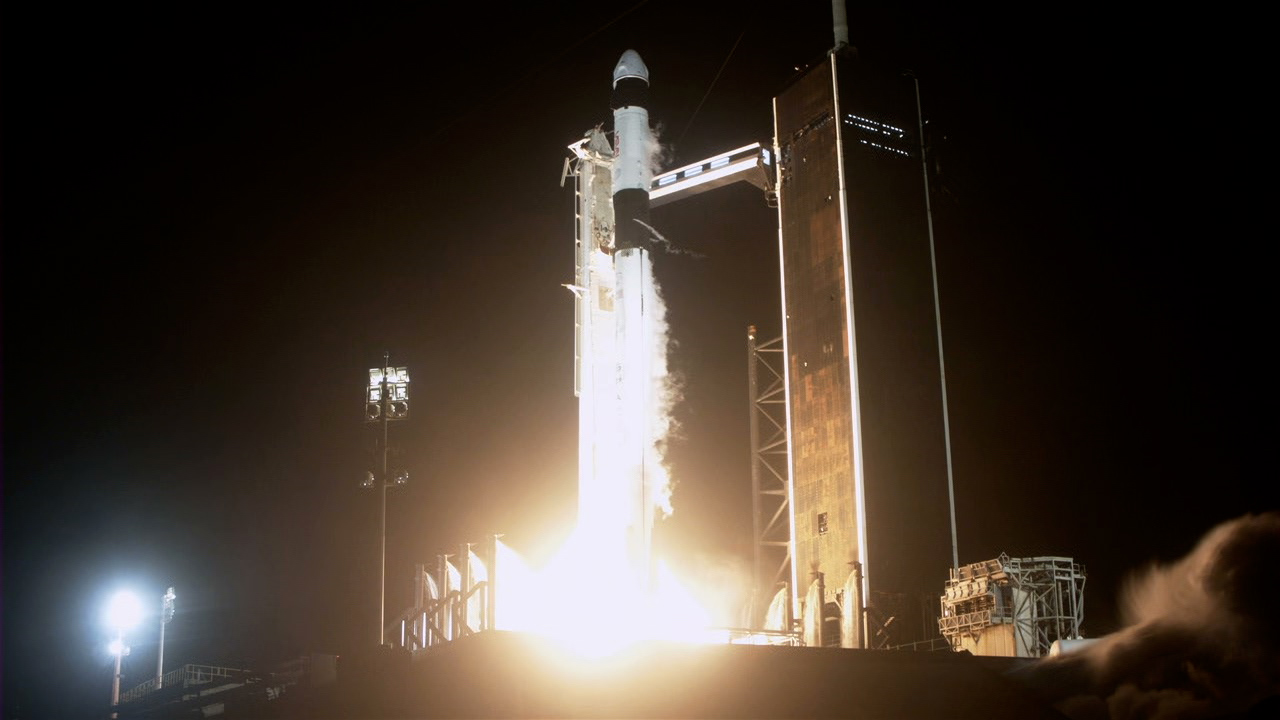 “It has been an incredible year for NASA and our Commercial Crew Program, with three crewed launches to the space station since last May,” NASA Acting Administrator Steve Jurczyk said today in a statement.

Around 100 minutes after launch, Crew Dragon reached orbit at 7:30am EDT, NASA confirmed. It separated from the second stage rocket, and its nosecone opened. Meanwhile, the Falcon 9 Stage 1 landed successfully on the waiting SpaceX drone ship, in the Atlantic Ocean. It’ll be reused on future missions.

Endeavour is scheduled to dock with the International Space Station at around 5:10am EDT on Saturday, April 24. The journey time will be almost a full day in length, though the docking process itself is designed to run completely autonomously. SpaceX and NASA have previously shown that the Crew Dragon capsules can move themselves autonomously between docking ports on the ISS, though the astronauts are onboard when that takes place should re-docking not be possible for some unexpected reason.

Crew-2 will stay aboard the ISS for six months, returning no earlier than October 31, 2021. Among their tasks will be experiments designed to better prepare for the Artemis mission in 2024, NASA says, as it returns astronauts to the Moon and, eventually, builds out a sustainable presence there.