SpaceX aced another Falcon 9 launch and a successful landing of its first stage rockets this morning, again demonstrating its reusable spacecraft technology despite heavy fog making conditions less than easy. The sixth Falcon 9 mission to operate in 2019 alone, the launch was to take three RADARSAT satellites into orbit. However it’s arguably what happened down on the ground which is more impressive.

The RADARSAT satellites are the handiwork of the Canadian Space Agency, a new constellation which Canada is deploying in order to track ecosystem changes and the impact of climate change on northern regions.

SpaceX opted to use a previously-flown rocket for the mission, further demonstrating the value of its reusable space tech. The Falcon 9 that launched this morning was responsible for taking the Crew Dragon capsule on its maiden flight earlier in the year. As the capsule made its way to eventually dock with the International Space Station, SpaceX landed the rocket on a drone ship.

While most rocket launches are spectacle events, today’s proved to be a little less dramatic. Thick fog meant visibility for onlookers was effectively zero, but SpaceX pushed ahead to make the most of what was to be a short window for takeoff. The first stages successfully separated, landing several minutes after launch on Landing Zone 4 at Vandenberg. 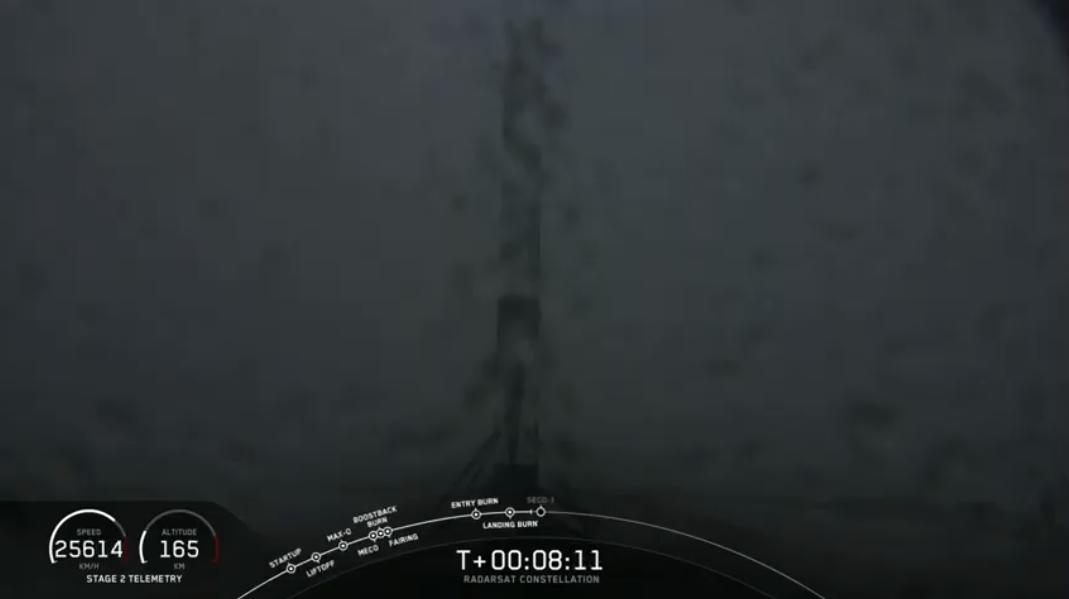 That was despite further thick fog, and was only SpaceX’s second successful Vandenberg landing. Overall, though, it makes it the space company’s 41st successful rocket landing, roughly half of which have been on land and half at sea on drone ships. 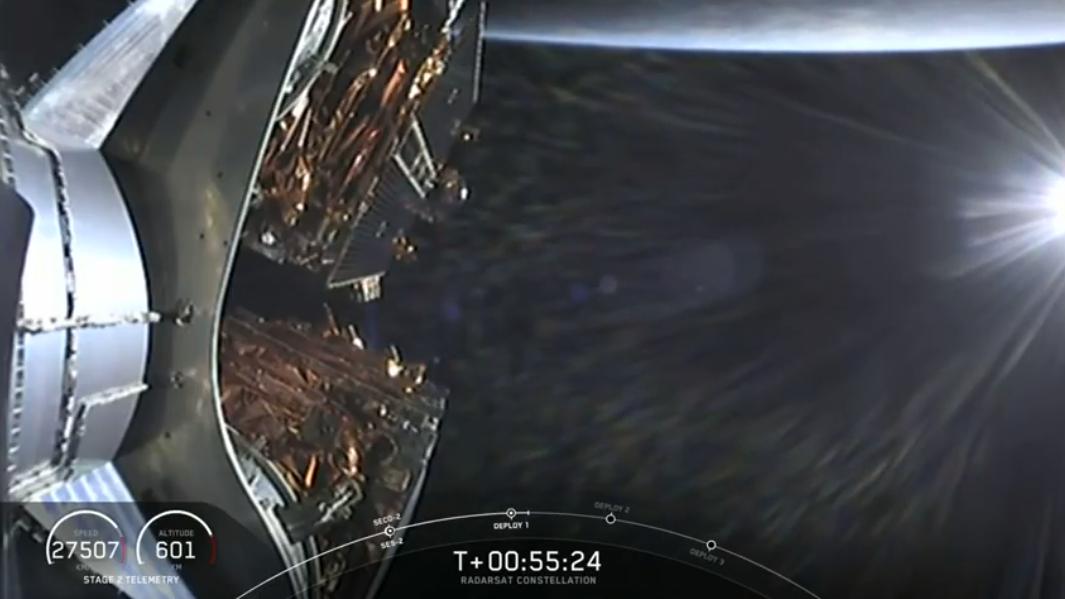 Roughly an hour after launch, the first of the three RADARSAT satellites began their deployment from the Falcon 9. The subsequent two were released as planned. Each is expected to operate for seven years, delivering daily scans of everything from sea conditions, crop health, emergency services deployment and disaster management, and more. They’ll capture approximately 250,000 images per year – a 50x improvement on the first-generation RADARSAT satellites – and orbit Earth once every 96 minutes.

For SpaceX, it’s another important milestone in the company demonstrating it can not only launch rockets, but do so in a way that’s economically viable. Reusable technology will be instrumental in that, particularly as missions become more frequent. Things are only likely to get busier as NASA and other agencies ramp up commercial use of facilities like the International Space Station, and pave the way for missions to the Moon, Mars, and even space tourism.