The Lexus Hoverboard demo has gone live, with a full 2-minute video of the real-deal innovation playing out in the world’s first “hoverpark.” This hoverboard requires that the user be hovering above a metal surface, so we can safely assume that every bit of footage you see here was captured above a surface that, at some distance below the surface, is metal enough. Here Lexus demonstrates “the desire to create enjoyment out of motion.” We’ll take two please in neon pink, thank you.

The following video was captured by Lexus in Spain at the world’s one and only hoverpark. Lexus created this hoverpark specifically for the hoverboard, but by all accounts appears to have made it just as easily accessible by any other skateboard-like wheeled device. That’s where the nonsense comes into play.

What you’re seeing here is what appears to be a demonstration of the hoverboard hovering in any direction anywhere in the park. In fact it’s only on a cleverly disguised rail.

The board is indeed hovering, but it’s only hovering in one direction. In fact, according to The Verge, it’s not really nearly as accessible as the trailer you see above would have you believe. Color us disappointed.

The device won’t be for sale, and it’s not in the pipeline for Lexus to mass-produce. You won’t have one in time to ride to the 30th anniversary of Back to the Future. Sadness for all.

The good news is, this board hovers. The bad news is – it doesn’t do much other than that, in a straight line, only in one place. 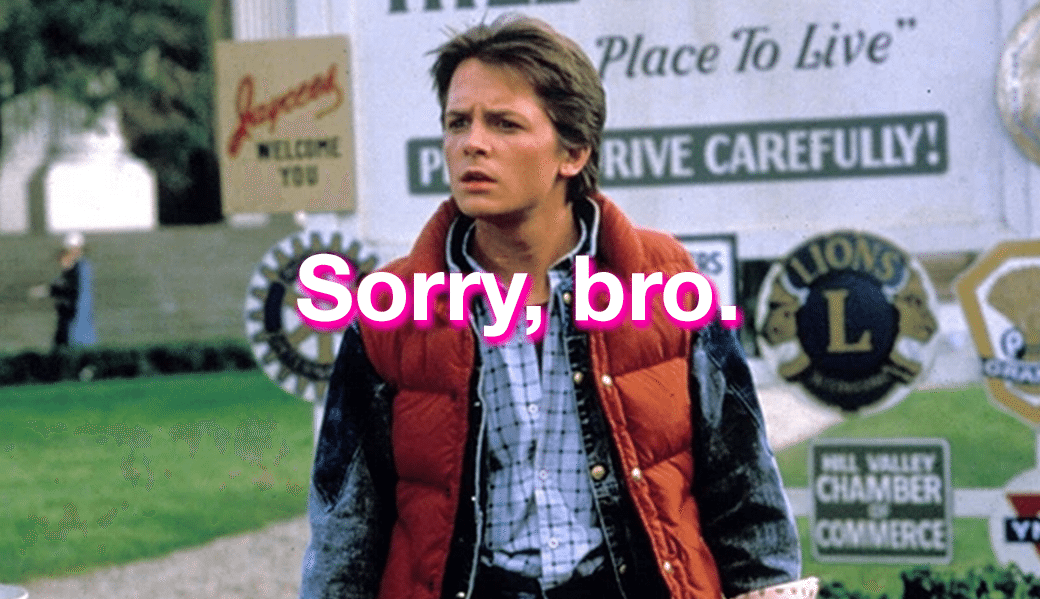 Head to the timeline below for more hoverboard action, and see if you can find one that’s really coming to market.