Sony’s e-paper watch plan rumors sounded mysterious when they surfaced recently, but it turns out we’d actually seen the face-changing, power-sipping timepiece before, only under a different name. In fact, the distinctive timepiece – which uses e-paper not only for the watchface itself, but around the strap itself – was quietly launched on a crowdfunding site as the Fashion Entertainments FES Watch, a brand which Sony has now confirmed was set up by the skunkworks team at the company looking into the broader practical applications of screens more commonly found on e-readers like the Kindle.

In fact, Sony pointed out the WSJ, the FES Watch project actually went live back in September. The goal was to keep Sony’s reputation inadvertently overshadowing or artificially buoying the team’s assessment of true market potential.

“We hid Sony’s name because we wanted to test the real value of the product,” one person involved told the paper, “whether there will be demand for our concept.”

The team, unnamed, comprises five Sony engineers it’s said, working with the support of an external design firm. Fashion Entertainments was spawned by Sony’s equivalent of Google’s “20-percent time”, with the Japanese company encouraging employees to think outside the box in new ways to use their skills, with the promise of financial support and guidance for projects.

In the case of this particular watch, it’s not especially smart – Sony has its Android Wear range for that – but it is clever. Twenty-four different designs can be shown across the face and strap, switched between either manually or according to the wearer’s movements.

Thanks to the power-sipping nature of e-ink, which only requires electricity when changing what’s displayed, not to maintain it, the timepiece can supposedly last for up to sixty days on a single button battery.

Even without Sony’s name attached, the FES Watch seems to have gone down well. It raised 2m yen ($16,900) and met its initial funding goal in three weeks; that’s only likely to increase now that further attention is being paid to the project. 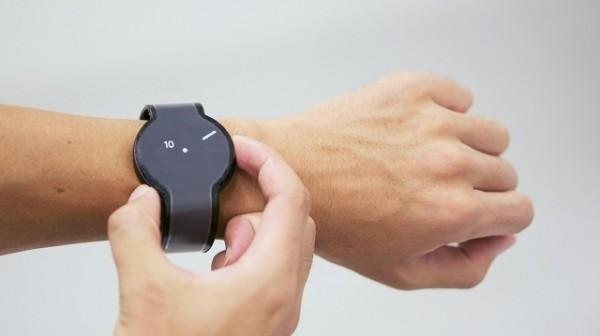 Fashion Entertainments says the first units should arrive with backers around May 2015, though Sony has declined to comment on the possibility of a broader launch.

The FES Watch is not the only e-paper implementation the Sony sub-division is testing, and in fact it’s probably the most mainstream of the ideas publicly confirmed. Also on the drawing board are e-ink based bow ties, hat accessories, and paper holders, it’s said. 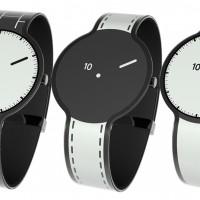 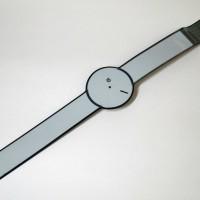 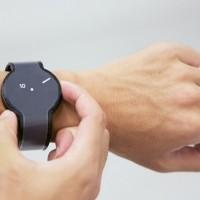 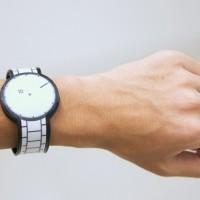