Sony Xperia Pro is a $2.5k Android phone with a killer 5G use-case

Sony’s Xperia Pro is up for sale, but there’s more than just the $2,499.99 price tag to set this particular Android smartphone apart from the crowd. Previewed back at MWC 2020 last February, the Xperia Pro taps its 5G connection to share content as quickly as possible for serious photo and video creators, as well as functioning as a 4K external monitor.

So far, Sony points out, the pitch for 5G has mainly focused on how quickly you can get content to your device. Download a whole movie in a minute, or an album in seconds; play low-latency games with console-quality graphics beamed down from the cloud. What the Xperia Pro does, however, is focus on content upload. 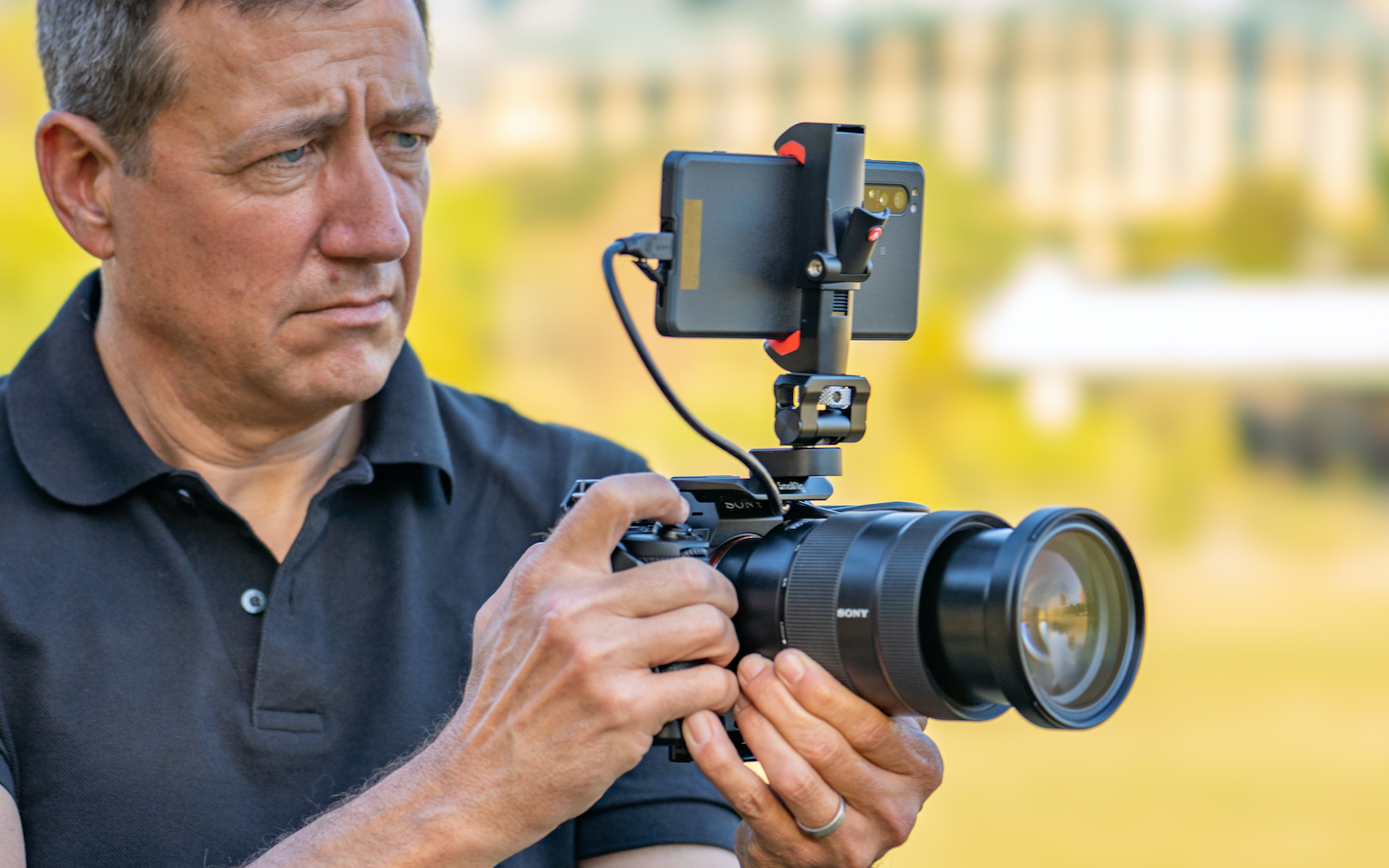 That means, while the Xperia Pro is an Android smartphone in its own right – and similar to the Xperia 1 II launched last February – it’s really designed with content creators using dedicated camera or video hardware in mind. Other smartphones have HDMI out ports: the Xperia Pro has an HDMI input, and with that it can live-stream video.

Other products have promised similar in the past, but they’ve typically been both expensive and have topped out at 4G LTE connections. That means, Sony’s testing found, a ceiling of around 37 Mbps for uploads. Find the Xperia Pro a 5G mmWave connection, meanwhile, and you’re looking at up to 131 Mbps uploads. 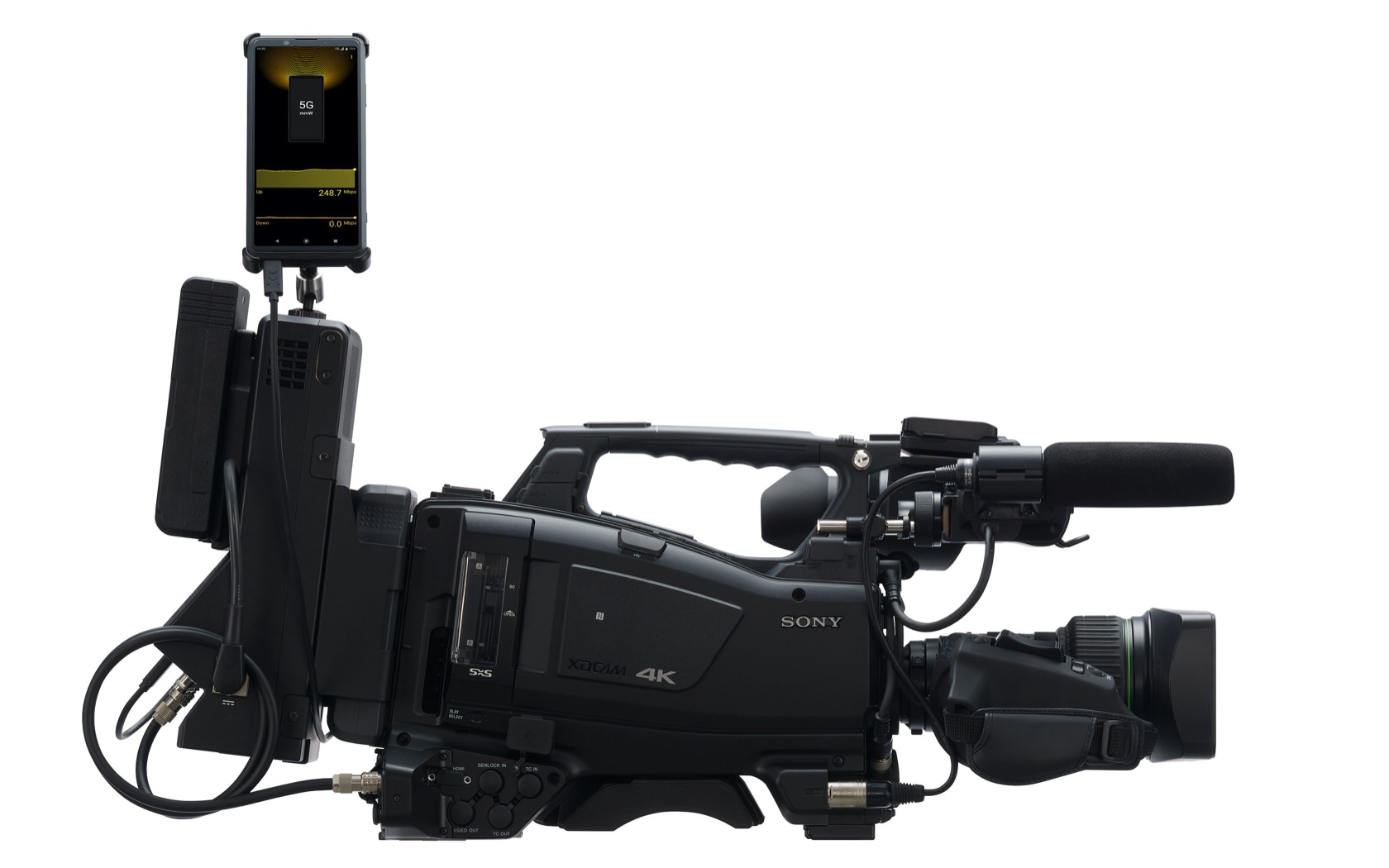 Sony envisages two main uses for that. The first is live-streaming via the HDMI input; the second is USB tethering, for video or photo uploads. Exactly which your camera supports will depend on its specific capabilities. The Xperia Pro will be able to handle pretty much any HDMI input, but USB functionality will vary. The Sony A7S iii, for example, can transfer stills and video over USB, but the A9 and A9ii can only handle still images using Sony’s ethernet-to-USB adapter. WiFi tethering, meanwhile, should work with any camera company’s mobile app, such as Sony’s own Imaging Edge software for smartphones.

The phone itself sticks closely to the Xperia 1 II recipe. Most importantly, that means a 21:9 aspect 6.5-inch 4K 2922 x 1644 OLED display, which Sony says is a first in the industry. It can handle up to 4k 60/30/24fps, with 10-bit support coming in a future firmware update. On the back there are the same three cameras as the Xperia 1 II used – no slouches in their own right – while inside there’s Qualcomm’s Snapdragon 865 chipset, 12GB of RAM, 512GB of storage, and a 4,000 mAh battery. Sony isn’t saying yet how long it expects that to last if you’re hitting the 5G network in earnest. Dual-SIM support can handle either two SIM cards or one plus a microSDXC memory card. 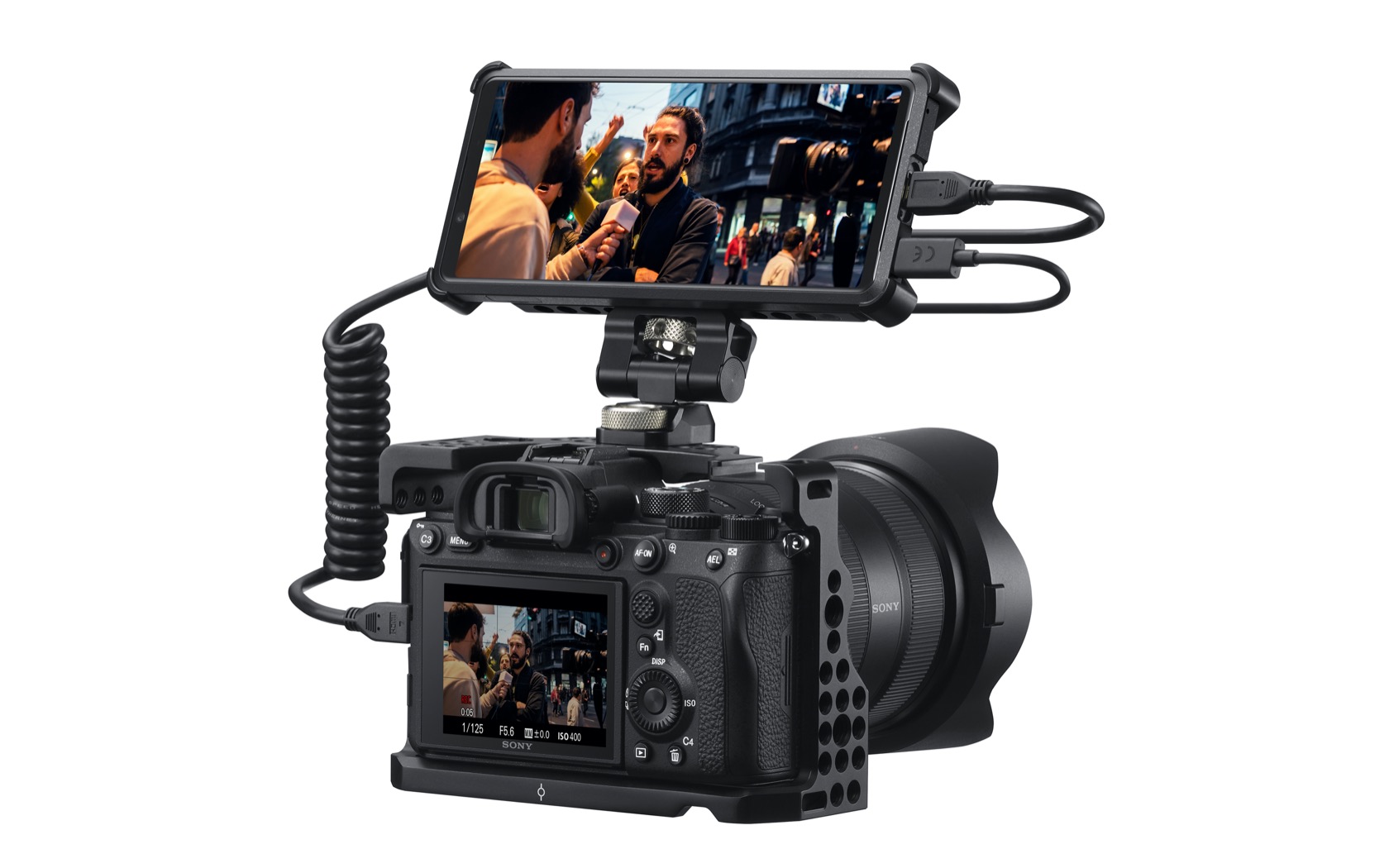 On the bottom there’s both a USB Type-C 3.2 for power and data, and an HDMI micro input for video. The latter supports 4K60p HDR, and works both with live-streaming and Sony’s external monitor app. That supports screen zoom, grid lines, brightness adjustment, and the ability to rotate the video 180-degrees. Sony says it’s in talks with the engineering team regarding adding focus and exposure peaking, as well as the ability to record directly from the HDMI input, features which currently aren’t supported.

The casing is made from a different material to the Xperia 1 II, to maximize performance from the 360-degree antennas, and it gets unique power management and thermal management systems. It’s still IP65/68 compliant, though. 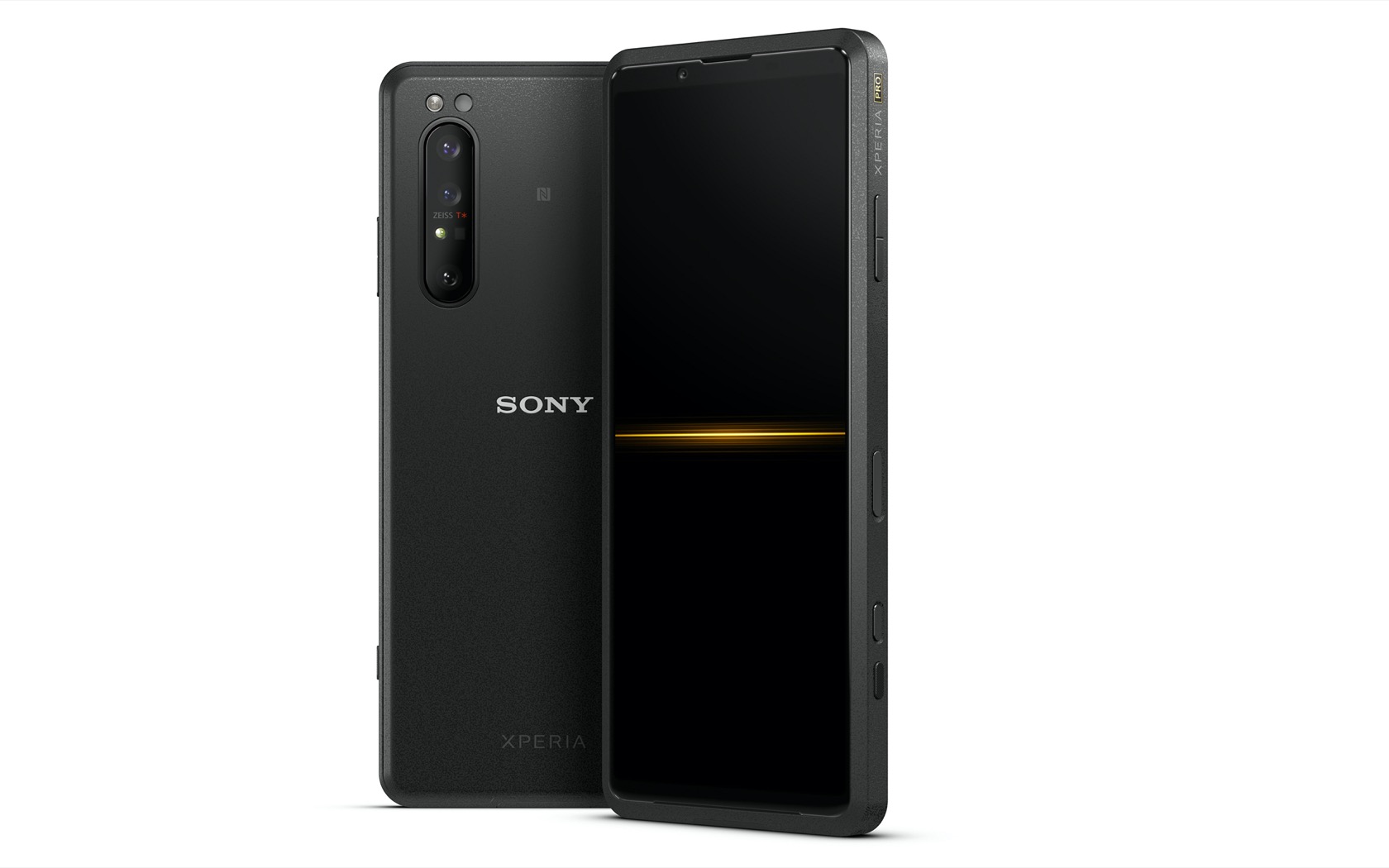 There are a handful of caveats to bear in mind, unsurprisingly. The biggest is that Sony’s most impressive upload metrics rely on 5G mmWave, and that’s still in relatively short supply. The company tells us it expects mmWave to be available “at many of the venues where we expect this to be used at first,” but it’s definitely fair to say that you can’t just plug all your hardware in and expect the very fastest rates, regardless of location. The Xperia Pro supports Sub-6 GHz 5G too, but Sony doesn’t have comparative benchmarking numbers for that yet. 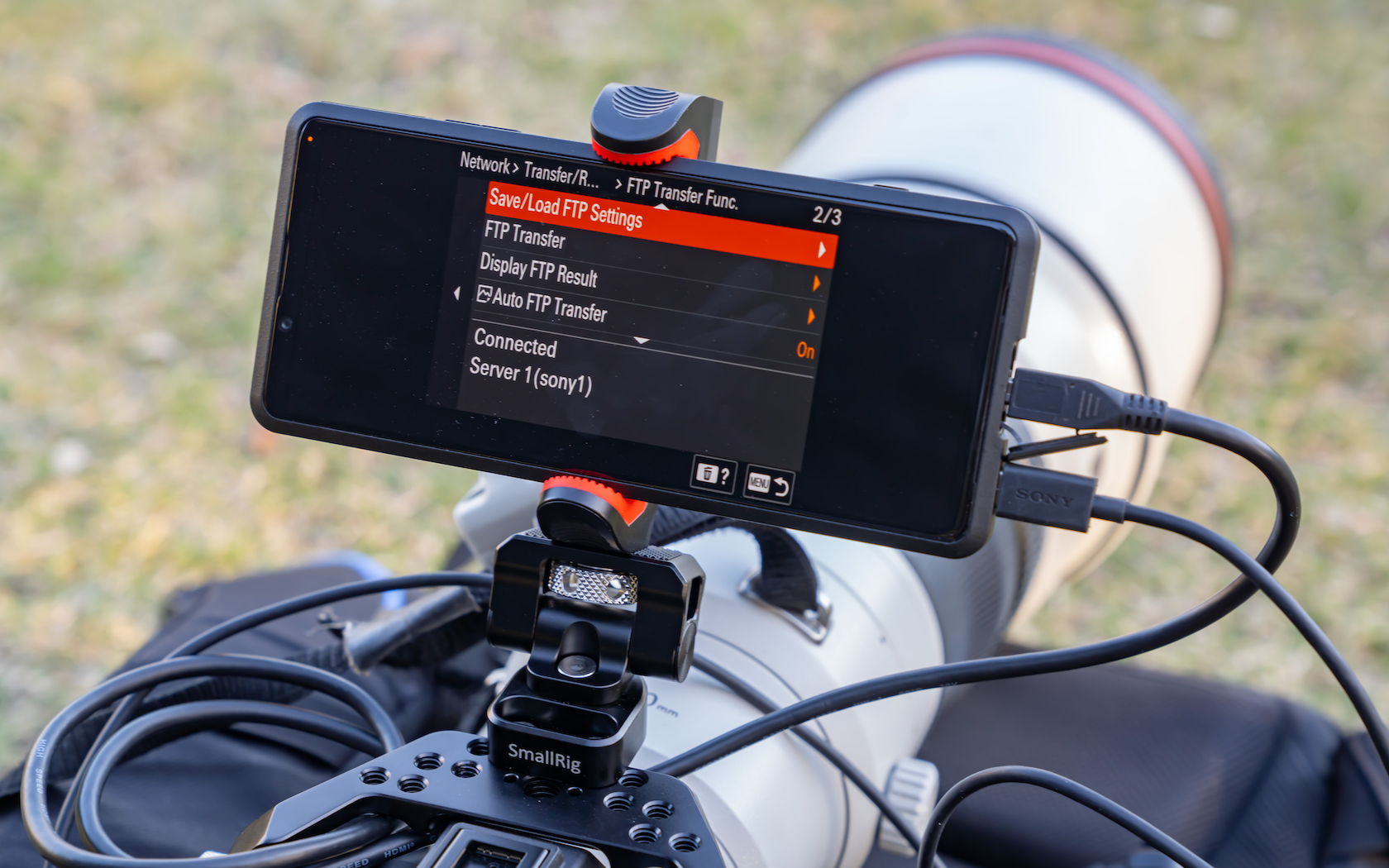 To help pin a mmWave signal down, Sony has made a Network Visualizer app which will be preloaded. It shows how the four antennas are picking up a signal, and its strength, along with a histogram with rates, and can be launched with a programmable quick-access key on the side of the phone. A picture-in-picture mini mode can float the signal strength and network speeds over the top of whatever else is being displayed.

The other big limit is carrier: Sony developed the Xperia Pro with Verizon’s 5G network in mind. That means, while it’ll support 4G LTE across the US carriers, if you want the best 5G performance you’ll need a Verizon SIM. Sony says it’s in discussions with other carriers about 5G support in future, but there’s nothing to announce now, nor launch plans for the UK or Europe. 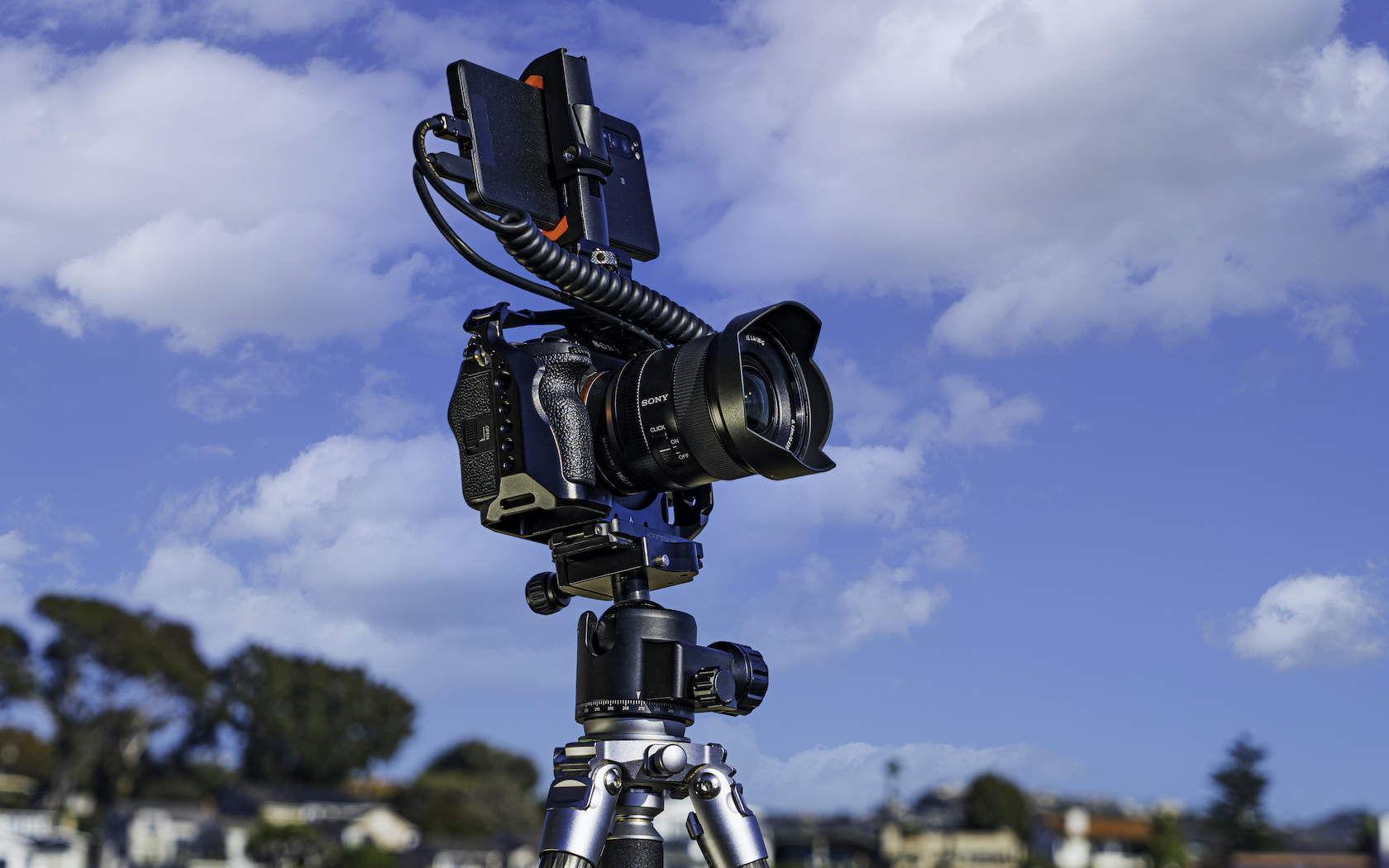 Verizon won’t be ranging the Xperia Pro, with Sony instead offering it unlocked. It’s on sale from today, priced at a hefty $2,499.99. The company justifies that premium by pointing to existing live-streaming devices, which are typically $2k+ and top out at 1080p, along with existing external monitors which can be $800+ and also max out at 1080p. The reality, Sony says, is that the encoder part of the phone just isn’t cheap, but it’s confident the pro users it has in mind will be more than willing to pay for the flexibility on offer.