Sony has a new set of active noise canceling earbuds, with the WF-SP800N offering a more fitness-focused twist on the flagship WF-1000XM3. Like those well-reviewed earbuds, the new SP800N are fully wireless and promise adjustable noise cancellation, but there are a few good reasons you might want to go for this cheaper pair.

Sony’s “arc” ear loop system will probably make a difference there, too. As well as four interchangeable sizes of silicone ear tip in the box, Sony is including two sizes of ear loop. They nestle into the whorls of your ear to help keep the SP800N ‘buds in place. 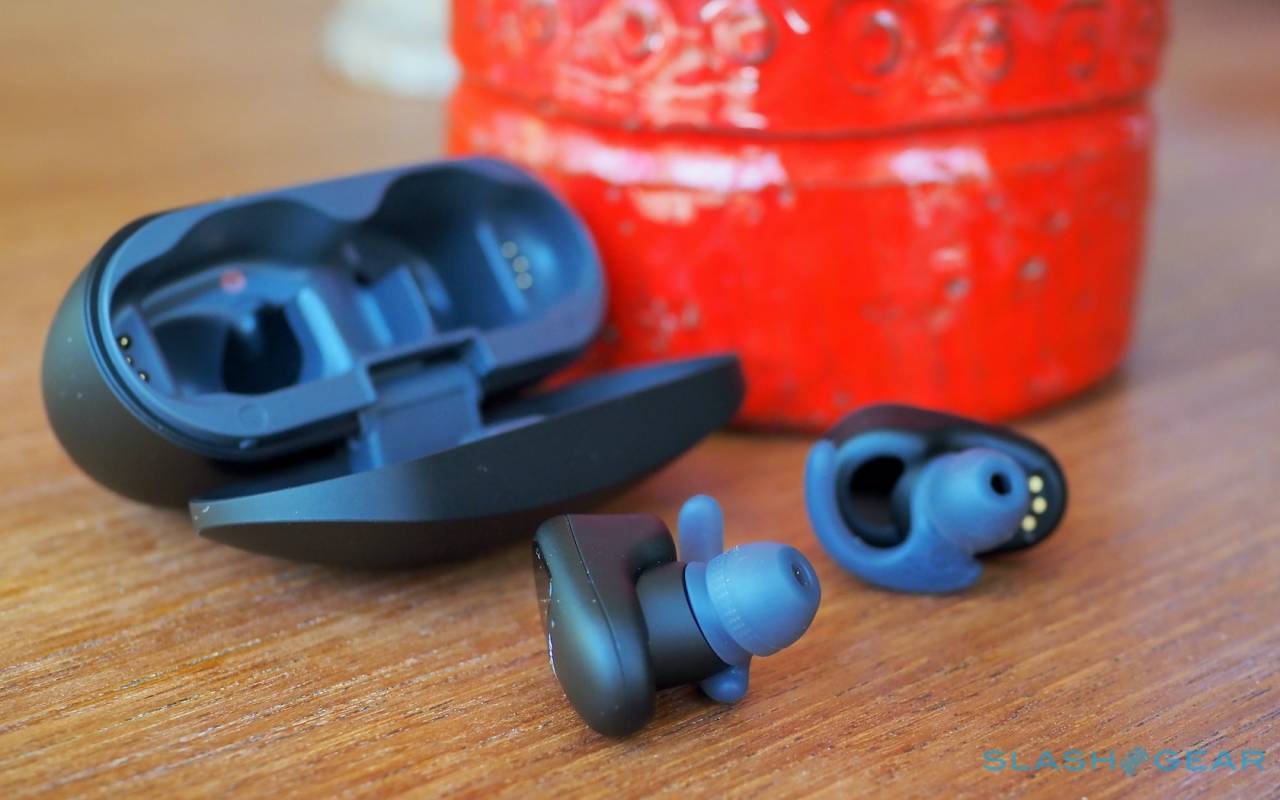 As for the active noise cancellation, this new set misses out on Sony’s flagship QN1e processor. Instead they get a simpler version, that uses one microphone for tracking ambient noise per earbud, rather than two. Sony’s Headphone app does still allow you to adjust the exact level of ANC you’re getting, however, and there’s an Ambient mode which allows through a certain amount of environmental noise so that you can hear people shouting for you, or cross the street without risk of getting unexpectedly run down.

Like Sony’s existing ANC earbuds and headphones, there’s the option to turn on adaptive cancellation. That allows the earbuds to automatically adjust the level depending on the conditions: whether you’re walking, for instance, or sitting on a plane. 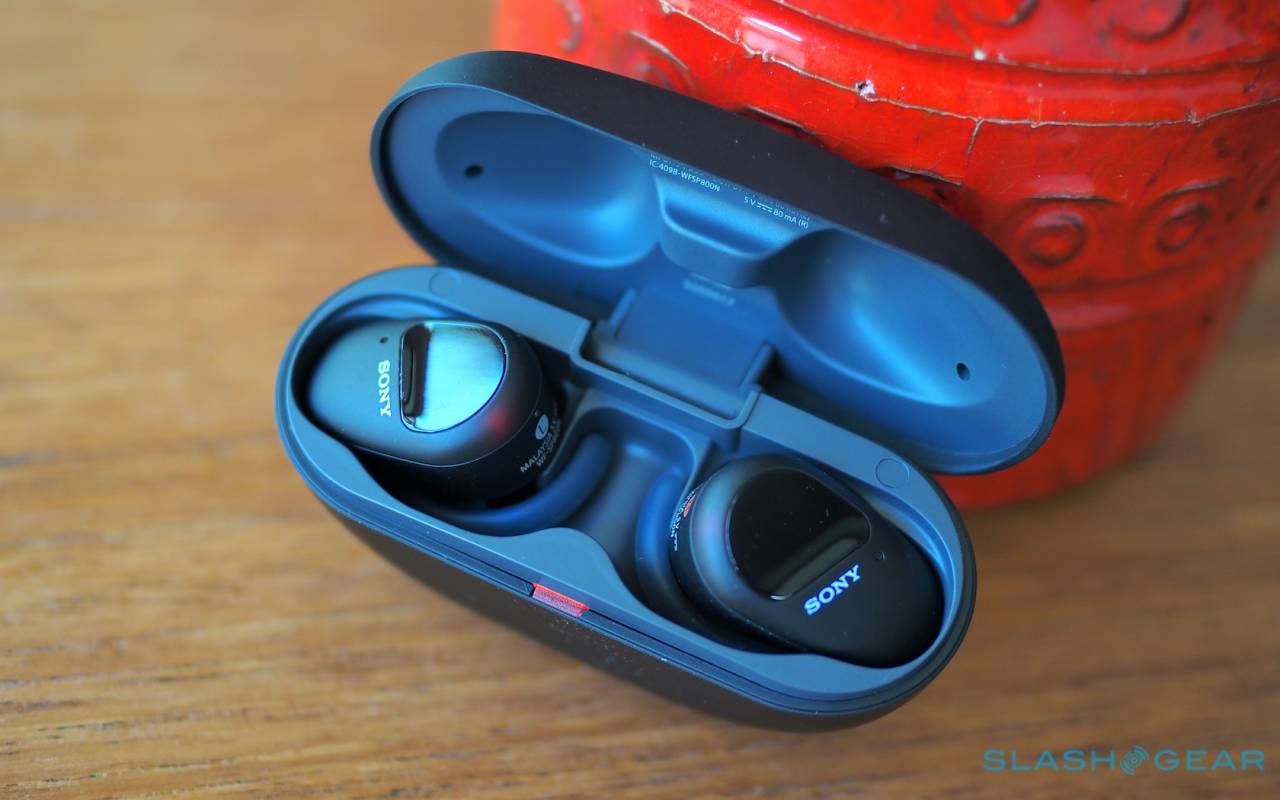 Alternatively, there’s automatic adjustments based on location. Turn on the optional location learning, and Sony’s app will periodically suggest new locations to be saved, and allow you to customize the ANC settings for that place. So, you could have one set of configurations for when you’re at home, and another when you’re at work.

Battery life clocks in at an impressive 9 hours per earbud: that’s twice what an AirPod Pro will manage. Turn off ANC and it extends to 13 hours per ‘bud. With the case, you’ll get another complete charge, so up to 18 hours total with ANC enabled or 26 hours with it off. The case itself charges via USB-C, and 10 minutes in the case is enough for up to an hour of playback. 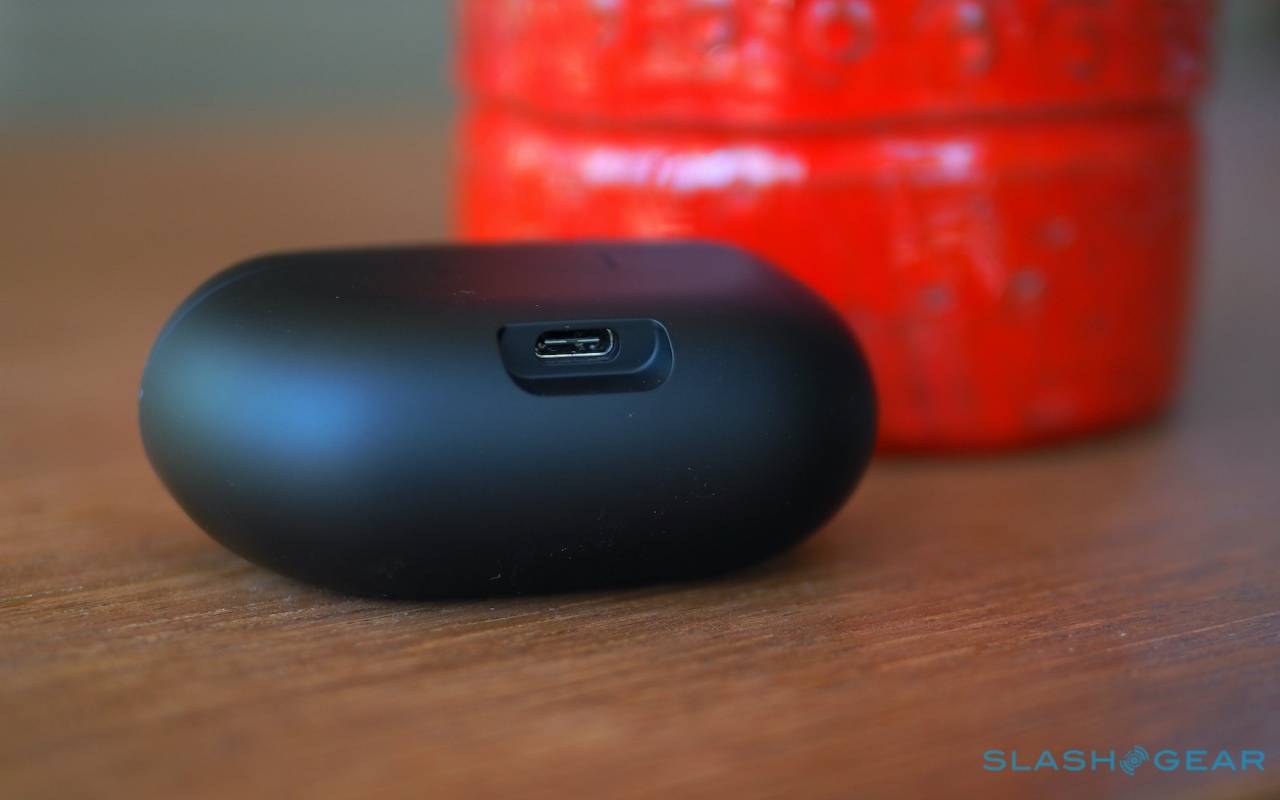 Control is via touch pads on the outside of each bud, just like on the WF-1000XM3’s. Those taps and holds are customizable in the Sony Headphone app, but out of the box a tap of the right earbud toggles play/pause, two taps skips forward, three skips back, and holding the pad triggers your phone’s voice assistant. Tapping the left earbud, meanwhile, switches Ambient mode on and off, while holding it switches on the Quick Attention mode when you need to reply to someone or hear an announcement. 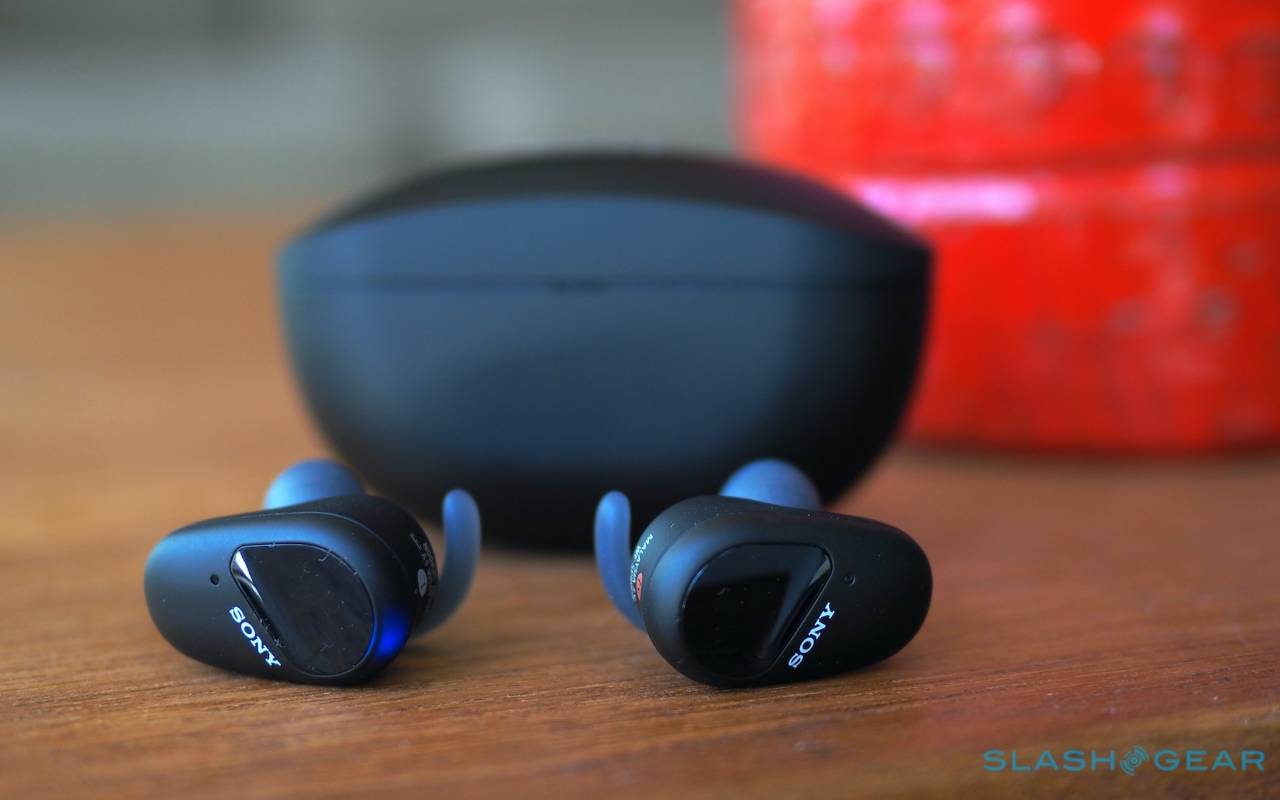 Finally, there’s onboard Amazon Alexa support – using the data connection from your phone – and wearing detection that automatically pauses your music when you take out an earbud. You don’t get the DSEE HX audio upscaling of the WF-1000XM3, but Sony does include its Extra Bass system for more low-end performance, and there’s support for 3D Reality Audio if you have a suitable source.

The Sony WF-SP800N is available from today, in black and blue; the earbuds are priced at $199.99. Standby for our full review.