Squint in just the right way, and what you’ll see is Sony’s upcoming IFA 2014 range, a trio of devices that suggests two phones and a small tablet are in the pipeline. The video, as with most teasers, is light on details, though we already have a fair assumption about what Sony is readying for its press conference on September 3rd at the Berlin show.

Top of the agenda is likely to be the Sony Xperia Z3, the third-generation of Sony’s flagship smartphone. TENAAA certification leaked the main specs earlier in August, like a 5.2-inch display and a 20.7-megapixel camera.

We’re also expecting it to stick with the waterproof body design that has served Sony so well over the past couple of generations. After all, it recently launched a suite of waterproof applications to highlight how useful being able to get your smartphone wet can be. 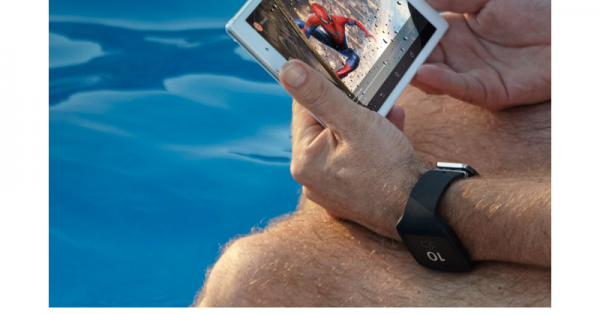 As for the tablet, that’s most probably the Sony Xperia Z3 Tablet Compact, which the company itself leaked recently. Expected to have a roughly 8-inch display – making it a direct rival for the iPad mini – and run at Full HD resolution with TRILUMINOS and X-Reality technologies, the tablet is believed to pack Qualcomm’s Snapdragon 801 chipset with 3GB of memory.

On the back, meanwhile, is expected to be an 8-megapixel camera with an Exmor RS sensor.

The smaller phone is a little more mysterious, though it’s likely to target the midrange and potentially be the Xperia Z2 Compact that leaked back in April.

Absent is any indication of the SmartWatch 3, the wearable which we also caught sight of alongside the Xperia Z3 Tablet Compact. We’ll presumably find out more about that at IFA 2014 next week.