Sony aibo is back: 5 things to know

Sony’s aibo is back and, more than a decade after the robot dog project was shuttered, there’s a newer, smarter version to steal your heart. Benefiting from the latest in robotics, artificial intelligence (AI), and the cloud, the new aibo it wraps the cutting-edge in a seriously cute design. Read on for the five big things you need to know.

1. aibo will be more expressive

The original aibo most commonly looked like a dog, but they were a lot less expressive than the average pooch. While by the end the mouth and head were articulated, along with the ears, there was nothing more detailed than that. Sony added face LEDs in the latter generations, which could show mood by virtue of different colors, but that was it. 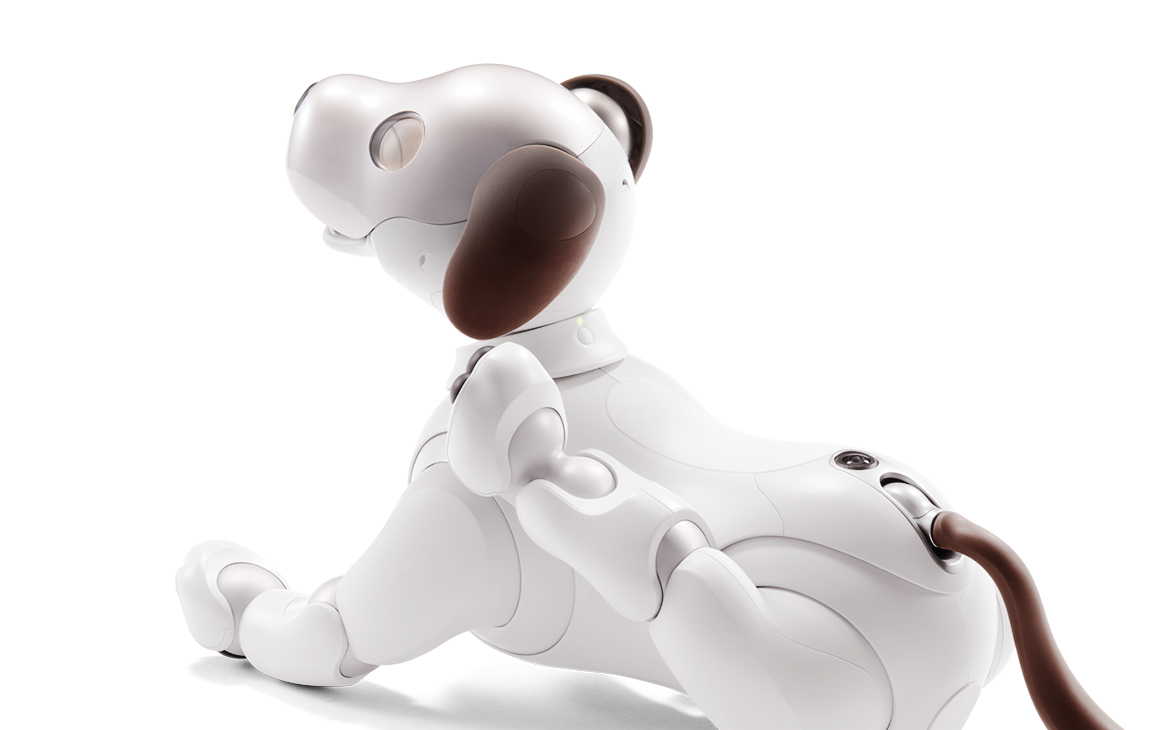 The new aibo, however, gets the latest in display technology to benefit from. Its eyes are in fact each tiny, circular OLED panels, which allow it to do things like look around, blink, and do other lifelike movements. That’s combined with ear and mouth motions too.

One of the things people love most about dogs is the loyalty they show to their owners. The original aibo could eventually recognize 100 different voice commands and, depending on how it had been petted, played with, and generally raised from the start, would choose whether or not to obey them or be more mischievous. However, it fell far short of a true artificial intelligence. 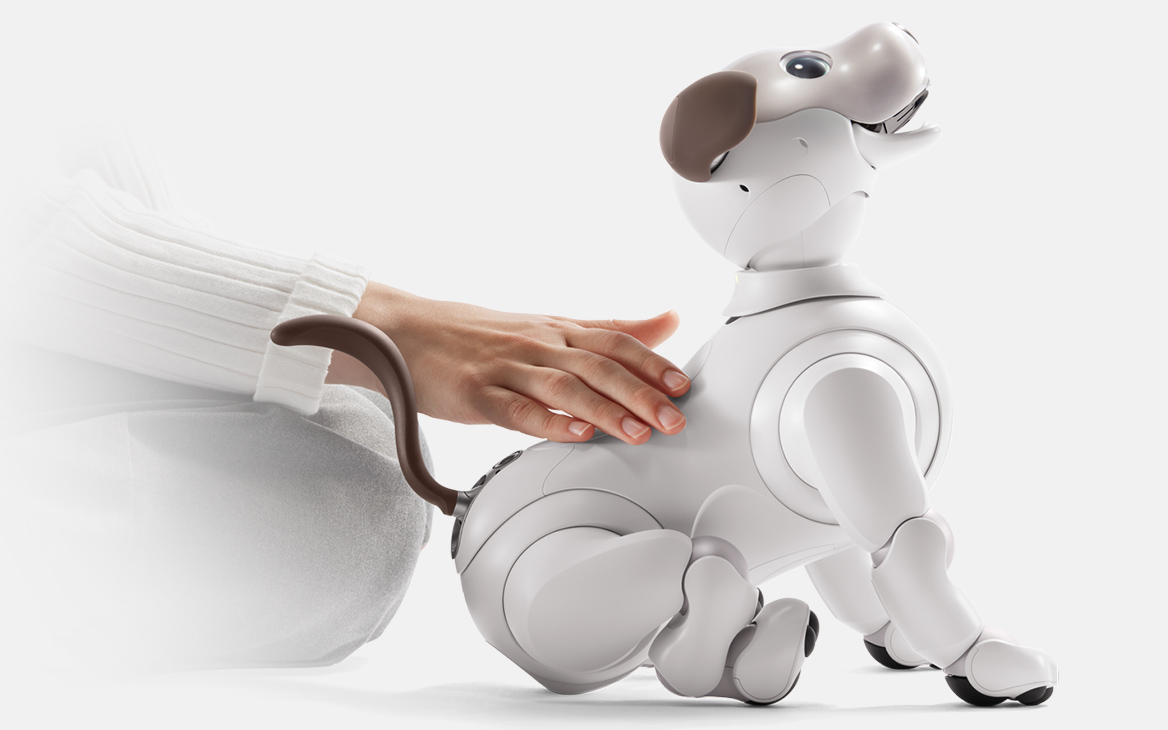 That’s something Sony says it can do today, however. The new aibo’s AI promises far more personalization, as the robot dog interacts with its owners and builds its own personality. It’ll be more curious, too, automatically going out to find people in the home like a real puppy might, and then recognizing spoken praise in addition to spotting human smiles and enjoying head and back-scratches.

3. Your dog is in the cloud

By the time the third-generation of the original aibo arrived, back in 2003, the robot dog could communicate with its owner’s PC via WiFi. The new aibo, however, gets a full link to the cloud, via both WiFi and an embedded LTE connection. That promises the sort of advantages that no regular dog training can offer. 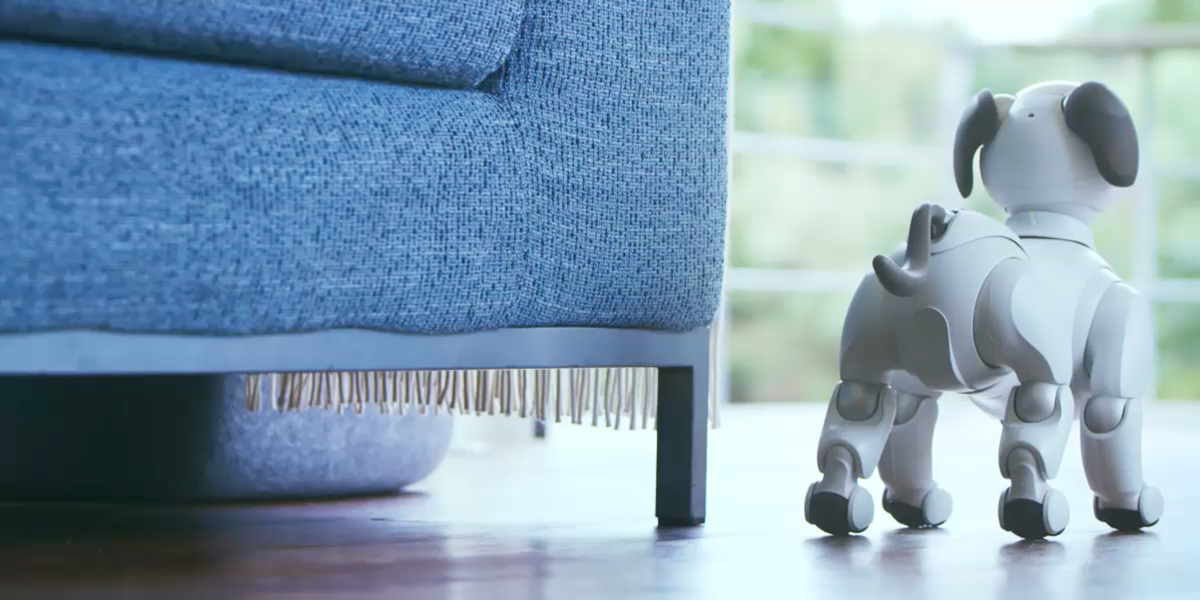 As long as the owner gives permission, the new aibo can upload information from how it’s interacting with its owners to the cloud. Those learnings are collated across all of the dogs, with Sony saying that the result is that each dog can be smarter.

On a more practical level, the cloud integration will also act as a backup of each dog’s personality. If the hardware breaks, Sony plans to offer the ability to restore that personality to a new aibo unit. That might not teach kids about the inevitability of death and the transience of life, but it’ll probably save on some tears at the time.

4. aibo is a roaming camera

The idea of a robot also being a photographer isn’t new. Mayfield Robotics’ Kuri promises to capture snapshots of your family life, for instance, while Jibo – although unable to move away from wherever it’s placed – also counts “photographer” among its talents. Sony is getting into the action too, with the new aibo able to capture images from its built-in nose camera.

They’re accessed via the My aibo app, which Sony will launch in the new year. There, there’ll be a gallery of aibo Photos, which will show all the images the robot has snapped. Although they might not be as perfectly staged as you and your iPhone camera, it’s possible that a dog’s-nose view will get some entertaining playtime angles that you otherwise wouldn’t see.

5. Underneath, there’s some serious tech

Making a robot that acts like an animal might look easy – indeed, the original aibo spawned plenty of cheaper, less capable copycats – but robotics still isn’t simple. Fitting 22 axes freedom-of-movement into a relatively compact form factor meant new actuators needed to be developed. Sony says these ultra-compact 1- and 2-axis motors are key to how smooth and lifelike its new dog’s motions can be.

On top of that, you have a fish-eye camera which tracks the robot’s position in its space. Sony is using them for simultaneous location and mapping (SLAM), which has long been a challenge for the robotics community. It’s that which gives the new aibo its sense of where it is in the home, what it can interact with, and what obstacles it needs to avoid. Sony says the dog will start out, as in the real world, with a tentative approach to its environment, but roam further afield from that as its confidence – and its digital mapping – grows. 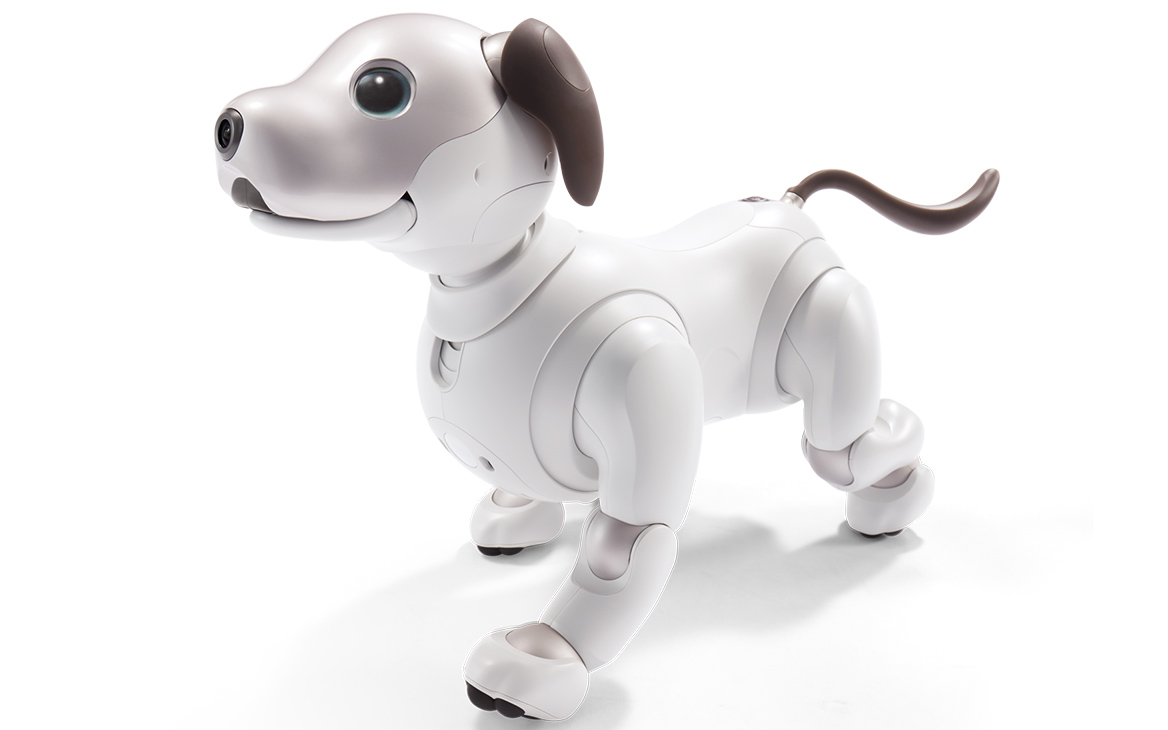 Meanwhile, there are pressure sensors on the back, in the head, and on the jaw, along with paw pads that can track the floor that aibo is walking on. The dog can spot movement and light, and there are 6-axis motion sensors in both the head and the torso. Someone, Sony still found space to fit a battery, good enough for around two hours runtime. A full charge on the charging mat takes around three hours.

Sony’s original aibo models are some of the most fondly-remembered robots. Though they were astonishingly capable at the time, however, viewed with modern eyes they seem a little more like automatons and less like facsimiles of true animals. This new aibo ERS-1000 looks like it could change that.

Cloud-processing, collaborative robot learning, and affordable SLAM have been some of the big improvements in robotics over the past few years. What the new aibo does on top of that, though, is wrap the tech in a form-factor that begs to be played with. None of the “uncanny valley” of a human ‘bot, but something which already has preconceptions around training, play, and dealing with the occasional mistake.