Sony Japan have announced a bevy of new Walkman PMPs, the NW-A840, S740 and S640.  The A840-series gets an OLED display like its X-Series sibling, but in this case its a regular display rather than a touchscreen.  Still, it manages to be the thinnest Walkman to-date, at just 7.2mm thick, despite that 2.8-inch display, up to 64GB of storage and a battery apparently good for up to 29 hours of music playback or 9 hours of video.

You can also hook the A840 Walkmans up to your TV, with up to 720 x 480 resolution video supported.  There’s also ambient noise reduction, drag & drop content transfer from your PS3, and a set of the company’s high-end MDR-EX300SL earbuds. 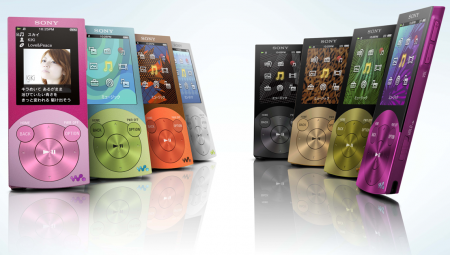 As for the S740 and S640 Walkmans, they have the same headphones and video-out capabilities as the A840, but smaller 2-inch LCD displays.  Some models include integrated speakers, while others have noise-cancellation.

[via OLED-info and via Sony Insider]