Sony has revealed the eagerly-awaited Alpha 7S III, its latest mirrorless camera, though some of the company’s decisions about its capabilities may leave photographers torn. The latest in the A7 series, the camera has a new 12.1-megapixel full-frame sensor along with Sony’s new BIONZ XR image processor, but videographers may be frustrated to find that 8K video recording is absent.

Instead, the A7S III tops out at 4K 120p with 10-bit 4:2:2 color depth. That’s certainly not shabby, but it’s not quite the high-end resolution many had been hoping Sony would embrace. 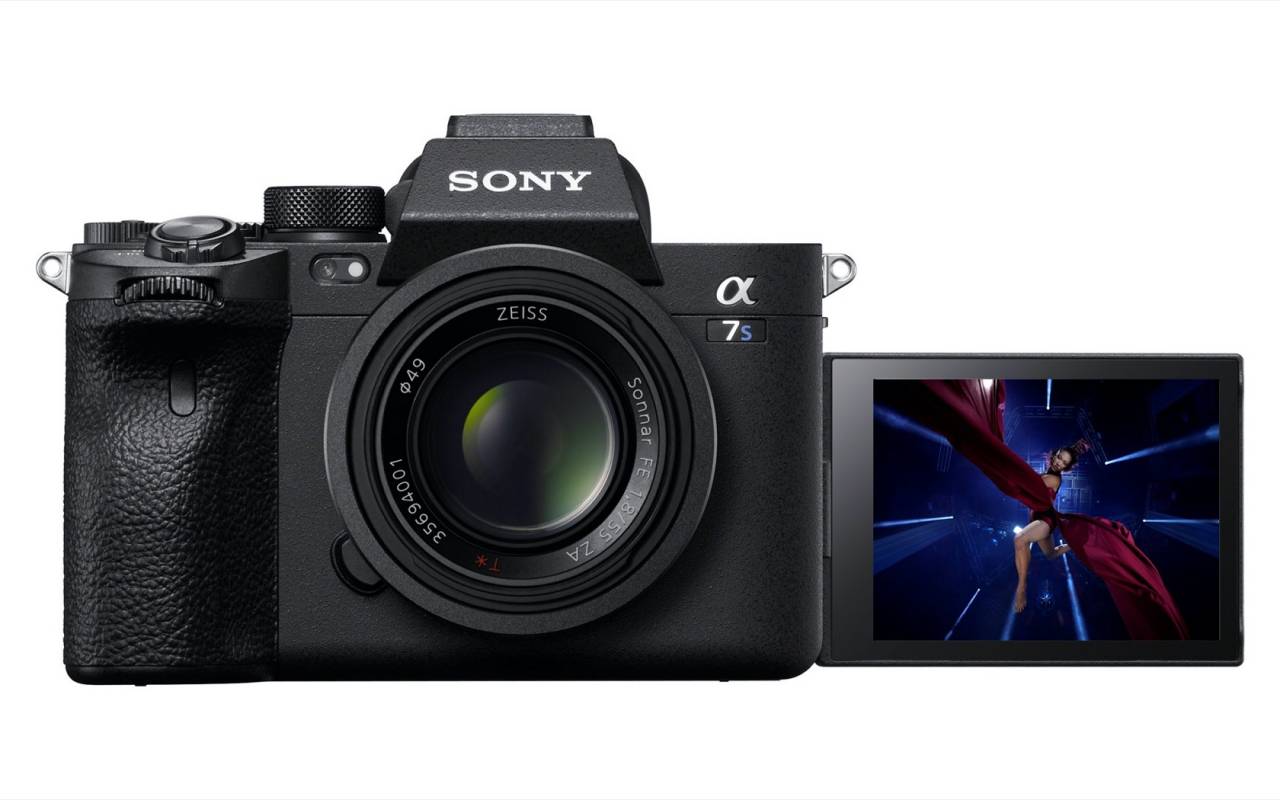 At least your 4K will be flexible. Sony says the A7S III supports All-Intra and MPEG-H HEVC/H.265 coding (XAVC HS), with three color gamut options – S-Gamut, S-Gamut3, and S-Gamut3.Cine – as well. There’s both S-Log3 gamma curves and HLG (Hybrid Log-Gamma) picture profiles. Via HDMI and an external recorder, the camera will shoot up to 4K 60p 16-bit RAW video too. 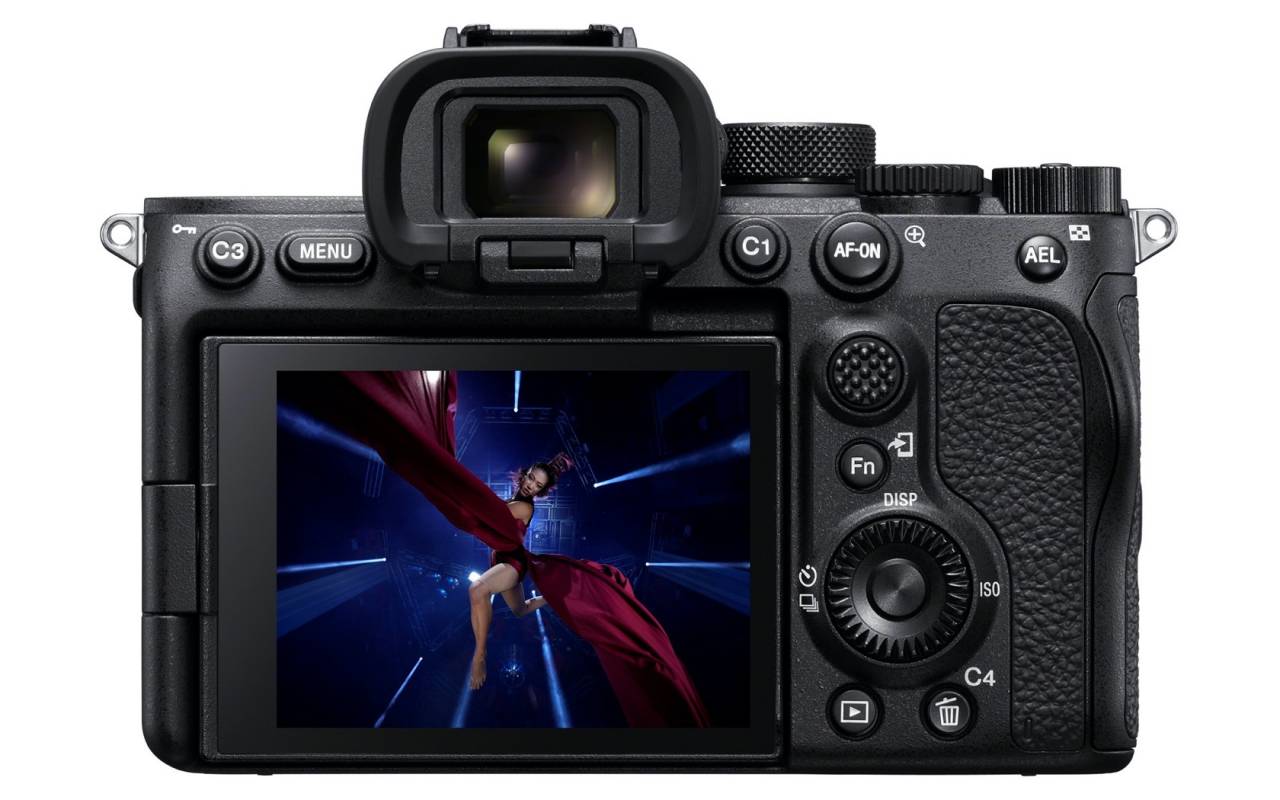 For stills, the new back-illuminated Exmor R sensor and BIONZ XR image processing engine – said to be eight times more powerful than its predecessor – now support ISO 80-102,400 (expandable to 80-409,600 for video and 40-409,600 for stills). Sony says there’s around 1 stop of noise reduction in the middle and high sensitivity ranges, too. 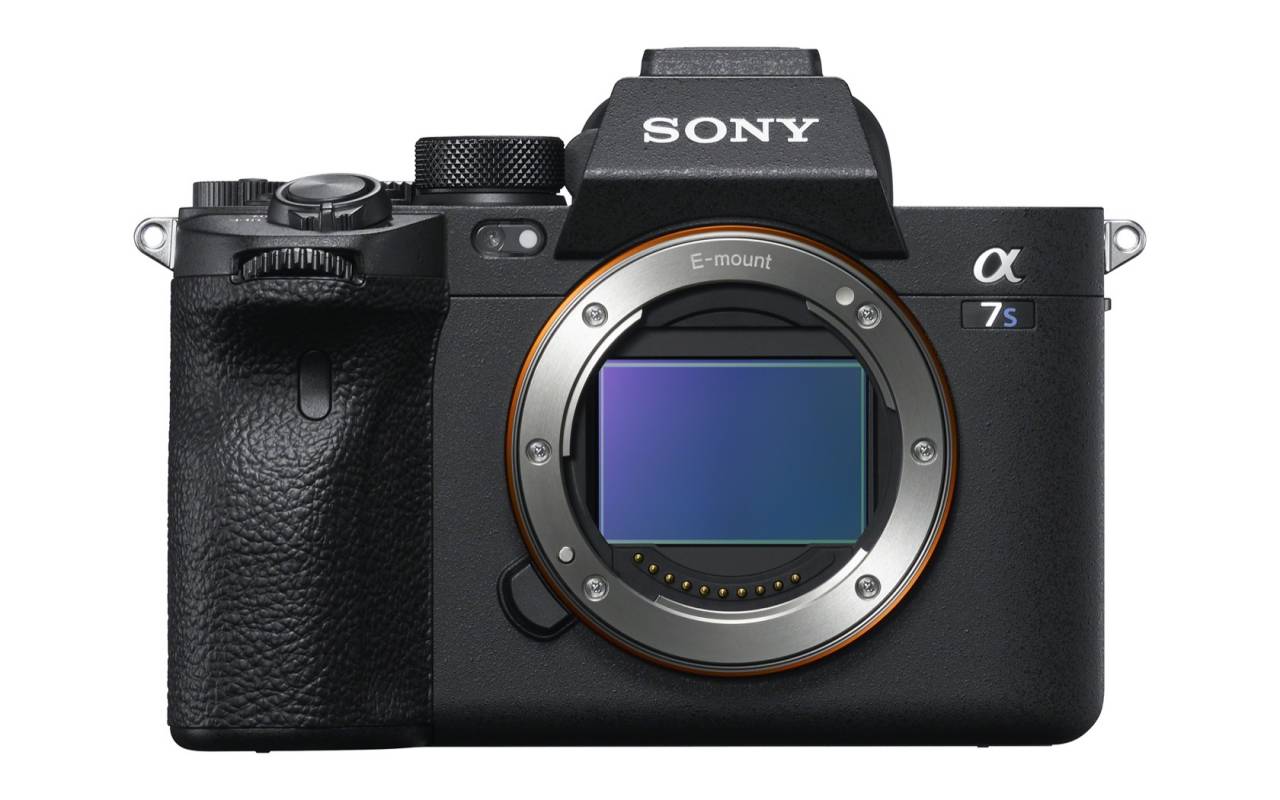 You’ll also get better color and texture of things like foliage and skin, the company promises, while a new Visible light + IR Sensor should improve auto white balance performance. There’s support for 1,000+ uncompressed RAW captures at up to 10fps, or up to 8fps in live view mode, with either the mechanical or electronic shutter.

On the autofocus side, there’s a Fast Hybrid AF system that combines phase-detection and contrast-detection AF for the first time on an Alpha 7S camera. Real-time Tracking and Real-time Eye AF are supported too, the latter having a 30-percent bump in performance. There are 759 phase-detection AF points, covering 92-percent of the sensor. 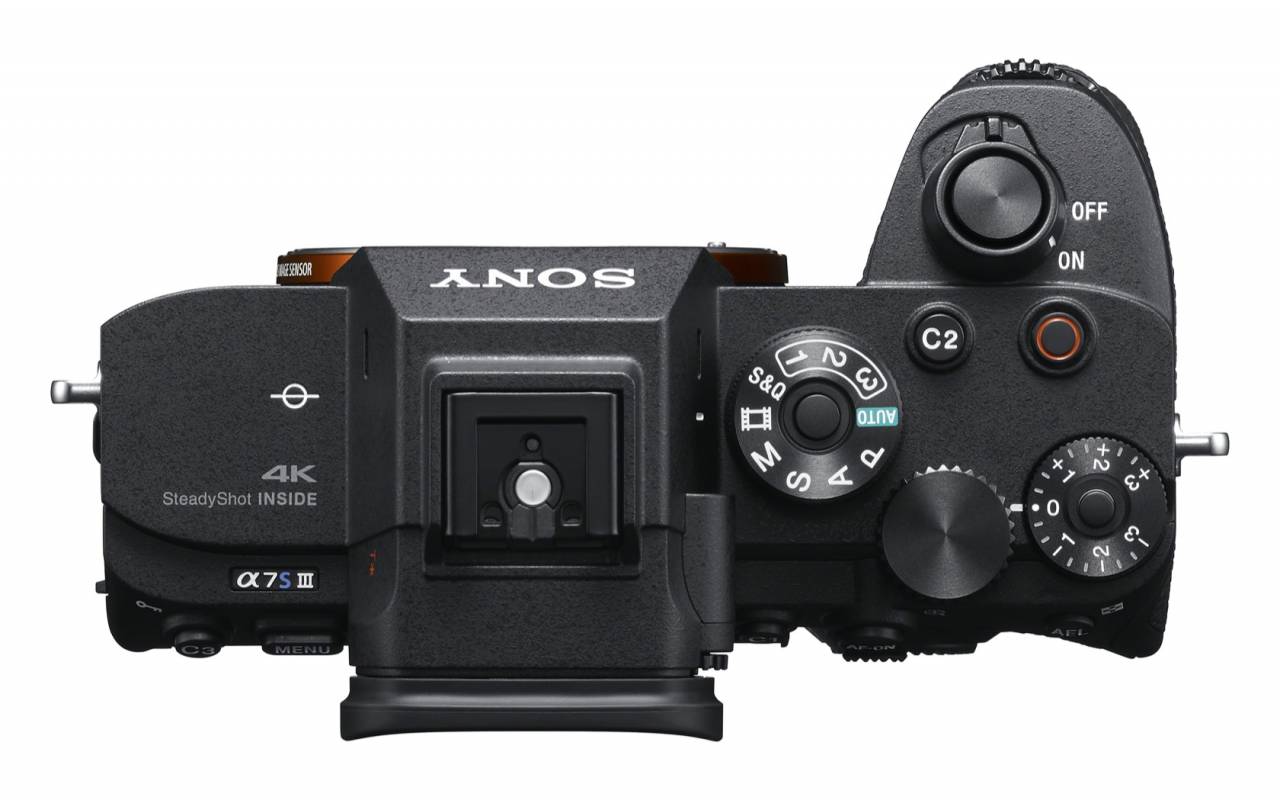 Perhaps most important is heat management, something we’ve seen Canon get called out on recently with its new EOS R5. Here, Sony says that it can shoot more than an hour of 4K 60p 10-bit 4:2:2 video, even with the A7S III being fanless. 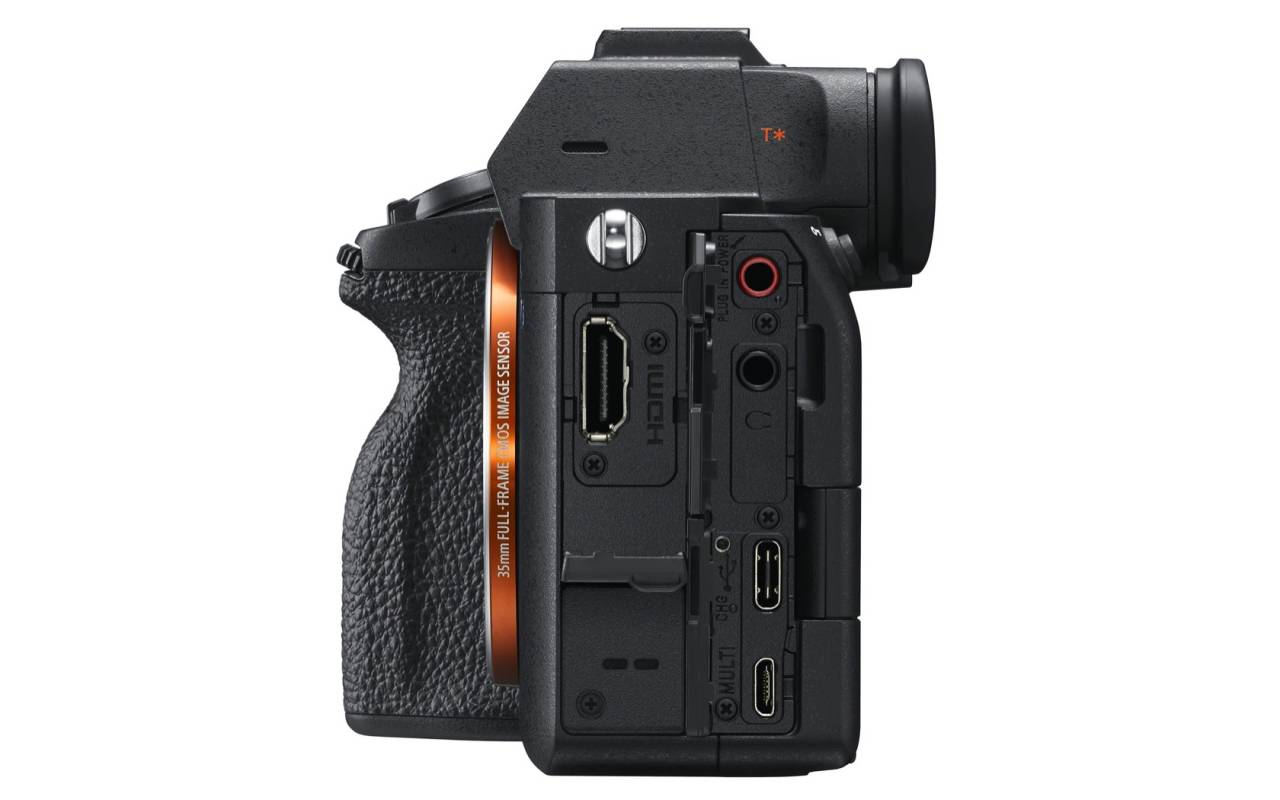 On the back there’s a vary-angle 3.0-inch 1.44 million dot touchscreen, together with a 9.44 million dot 0.64-inch Quad XGA electronic OLED viewfinder with 0.9x magnification. That’s a world’s first, Sony says, as are the pair of CFexpress Type A media slots – also compatible with UHS-I and UHS-II SDXC/SDHC cards – while HEIF support is a first for a Sony camera. 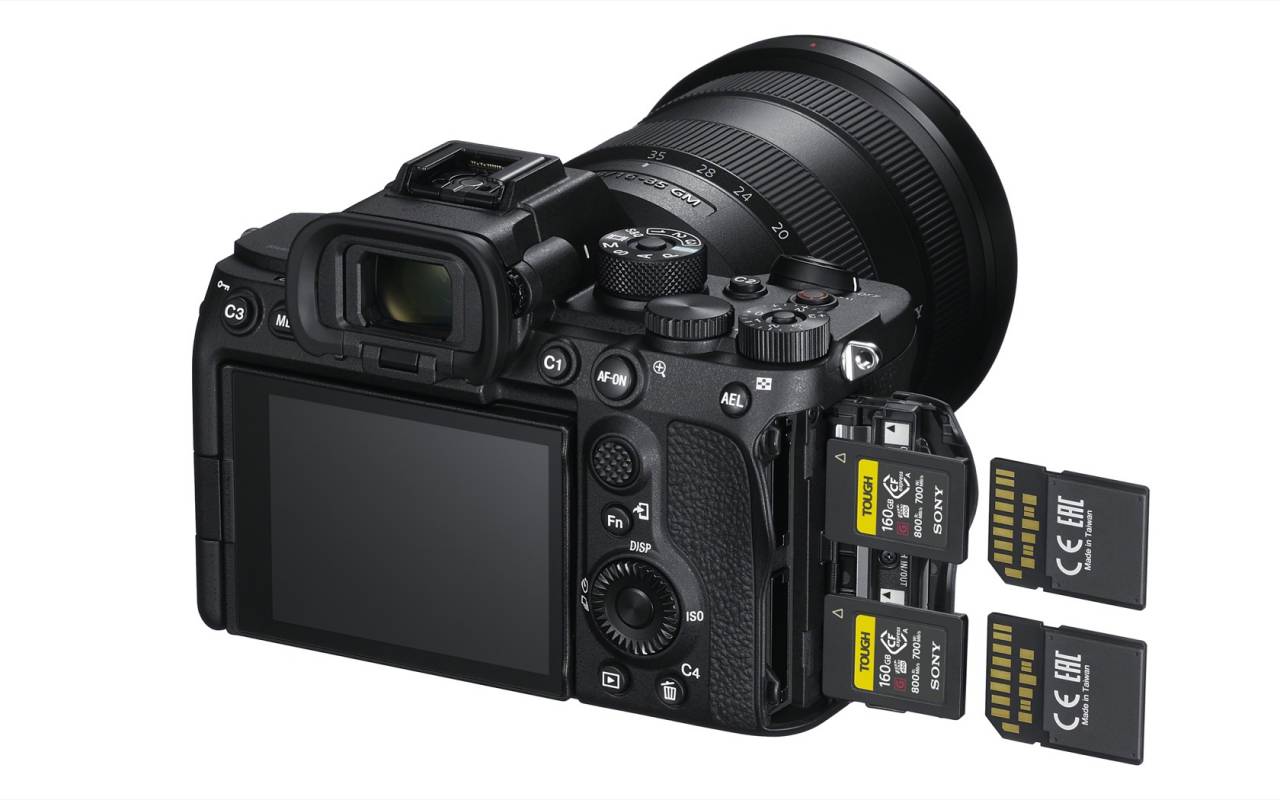 Sony has revamped its menus, to make them easier to sift through, and there’s a new grip design along with moisture and dust resistance. A USB-PD port is included too, and there’s built-in WiFi 802.11ac. With a USB Type-C cable there’s support for using up to a 5G external modem for wireless uploads. 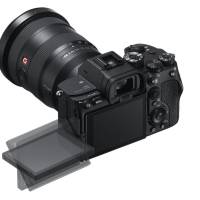 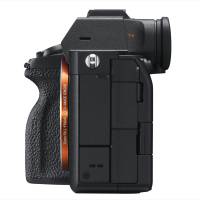 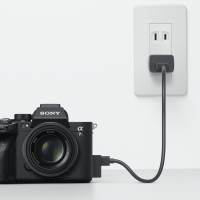 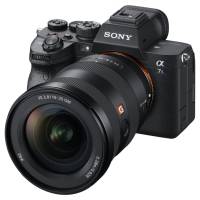 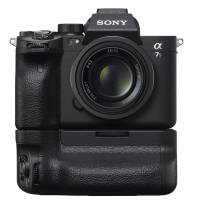