Sonos has inadvertently confirmed the existence of a smaller, likely cheaper subwoofer for those who aren’t interested in the Gen 3 Sub. The new model was revealed in the Sonos app on a page that details adding a second subwoofer to a Sonos audio setup. Though the company hasn’t yet officially announced the model, the menu reveals a couple of key details.

Sonos announced the Gen 3 Sub subwoofer in May 2020 alongside its then-new Arc soundbar. The large square-shaped subwoofer remains available to purchase, enriching one’s home entertainment experience, but with a substantial price tag of $749 USD. That is too high of a price for some consumers to justify, which may be where the leaked Sub Mini comes in.

The Sub Mini’s existence was confirmed in the Sonos app, at least based on a screenshot shared by Reddit user S114HED in the Sonos subreddit. The screenshot is from Sonos’ “Quick Help” documentation on connecting a second Sub to one’s existing audio setup, the support for which was introduced in December 2020. 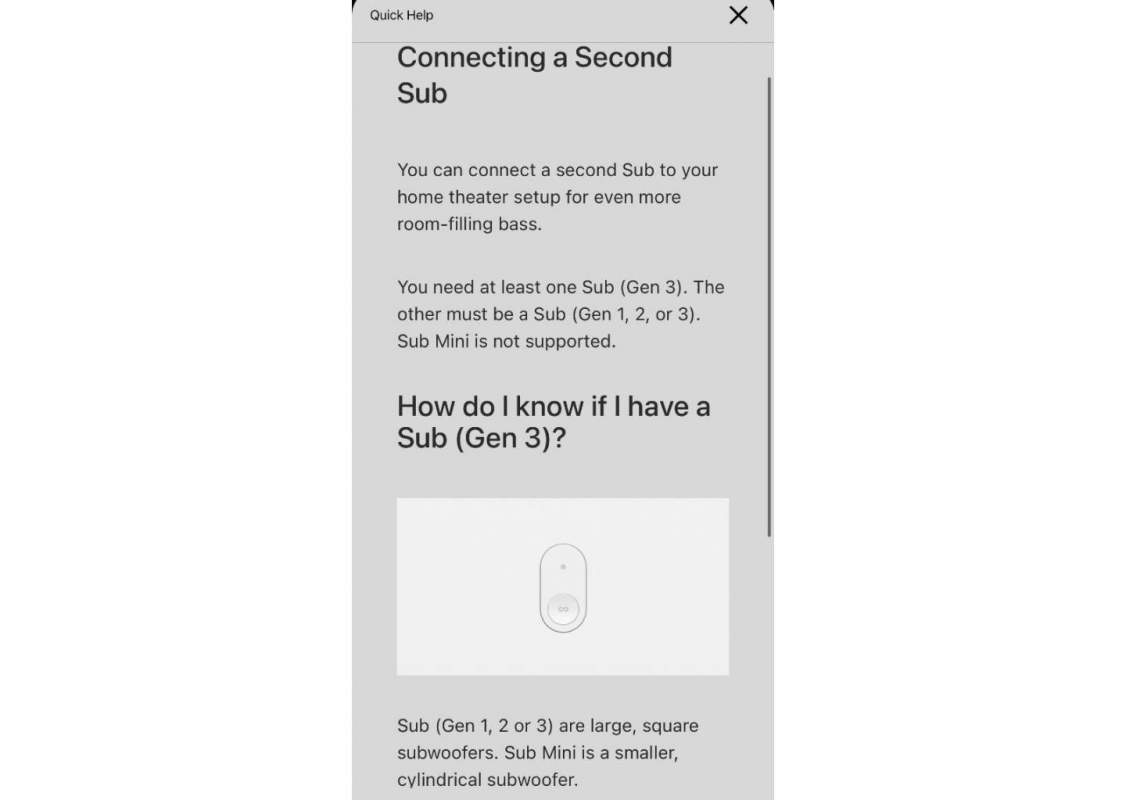 The Sub Mini is mentioned twice in the screenshot, including a visual description of the device: a “smaller, cylindrical subwoofer” compared to the larger and cube-shaped Gen 3 Sub. Unfortunately, the Sub Mini can’t be added as a second subwoofer to an audio setup that already has a Sub unit. Though the Sub Mini has appeared in the Sonos app, it remains unannounced and the company hasn’t yet commented on the leak.

Another key detail still missing is the Sub Mini’s price, though it’s very likely it’ll cost less than the pricey Gen 3 Sub. The model will likely slot into the audio product line to meet demand from Sonos users who would like to add a subwoofer to their Arc soundbar, for example, but who aren’t willing to drop nearly a grand on the Sub.

It’s too soon to say when Sonos will officially announce the Sub Mini, though its presence in the Sonos app means the launch is likely to happen in the relatively near future.