This is the first Snapdragon 845 smartphone and, if you’re thinking “that looks like a pretty generic Android device,” then you’re not far off the mark. In fact, the reference designs are the most generic phones of all: they’re simply designed to give device OEMs and other companies an idea of what to expect from the new chips. In fact, Qualcomm has two such devices it showed me.

The first is more like a shortened VHS cassette than a phone, which allows for more ports than you’d get on the average commercial smartphone. It has all the core components, however – like fingerprint and iris scanners – even if they’re not especially ergonomically placed. It’s one of the early designs that Qualcomm provides to its partners. 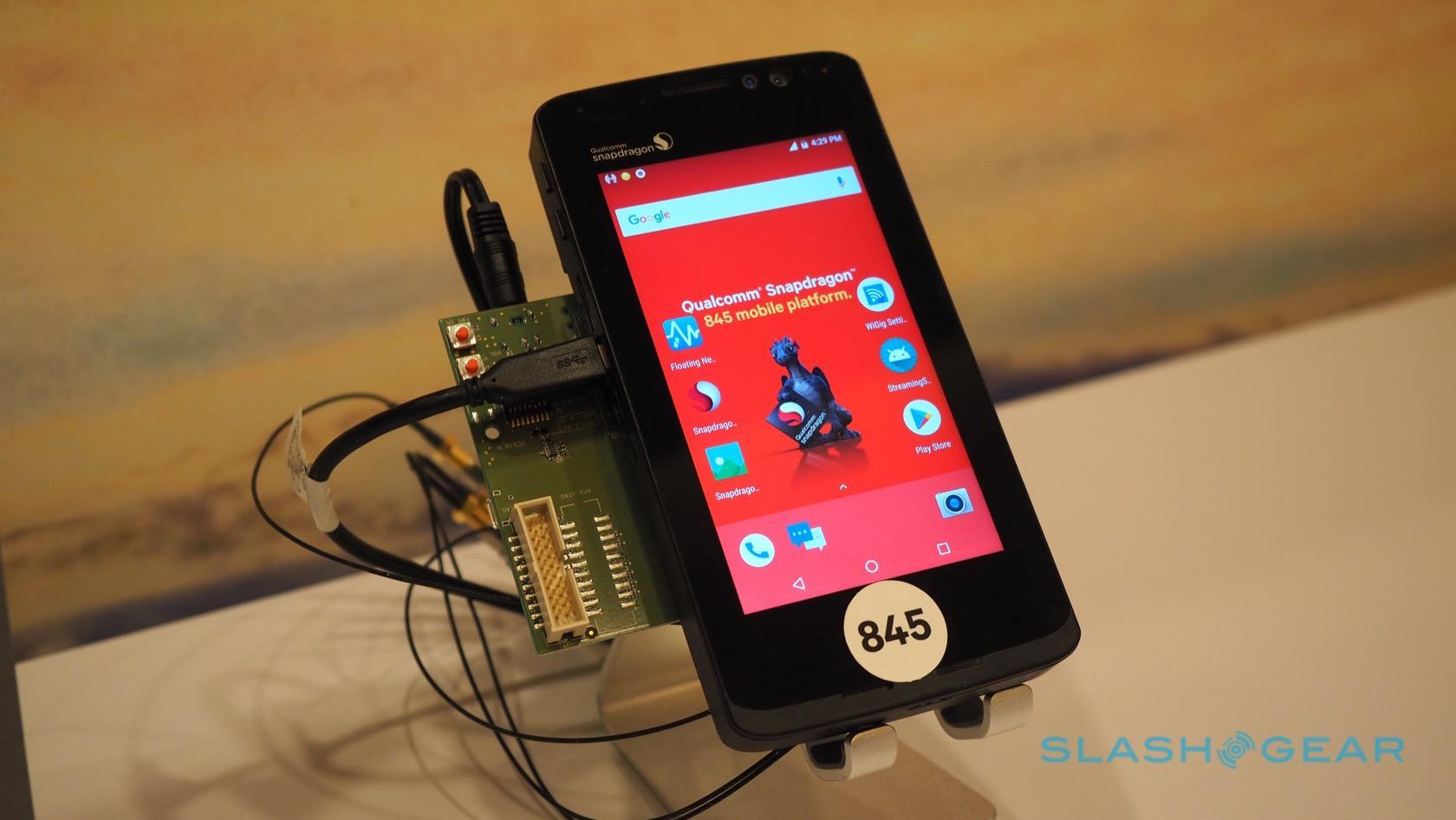 Far more akin to what you’d expect to find in a carrier store, meanwhile, is the second design. That looks like a fairly bland Android device – think along the lines of a Nexus 5 or thereabouts – though you still get things like a 2K display and dual rear cameras. It’s a lot closer to what manufacturers’ final production handsets will resemble.

With those, Qualcomm could demonstrate some of what makes the Snapdragon 845 special. It’s worth remembering that these early demos manage to both under- and over-sell the chipset’s capabilities. On the one hand, things like Gigabit LTE throughput tests give results you’ll never see in the real world; on the other, the generally homegrown apps Qualcomm uses to showcase the new and improved hardware and software features lack the UX and UI design that you’d expect from an OEM device. 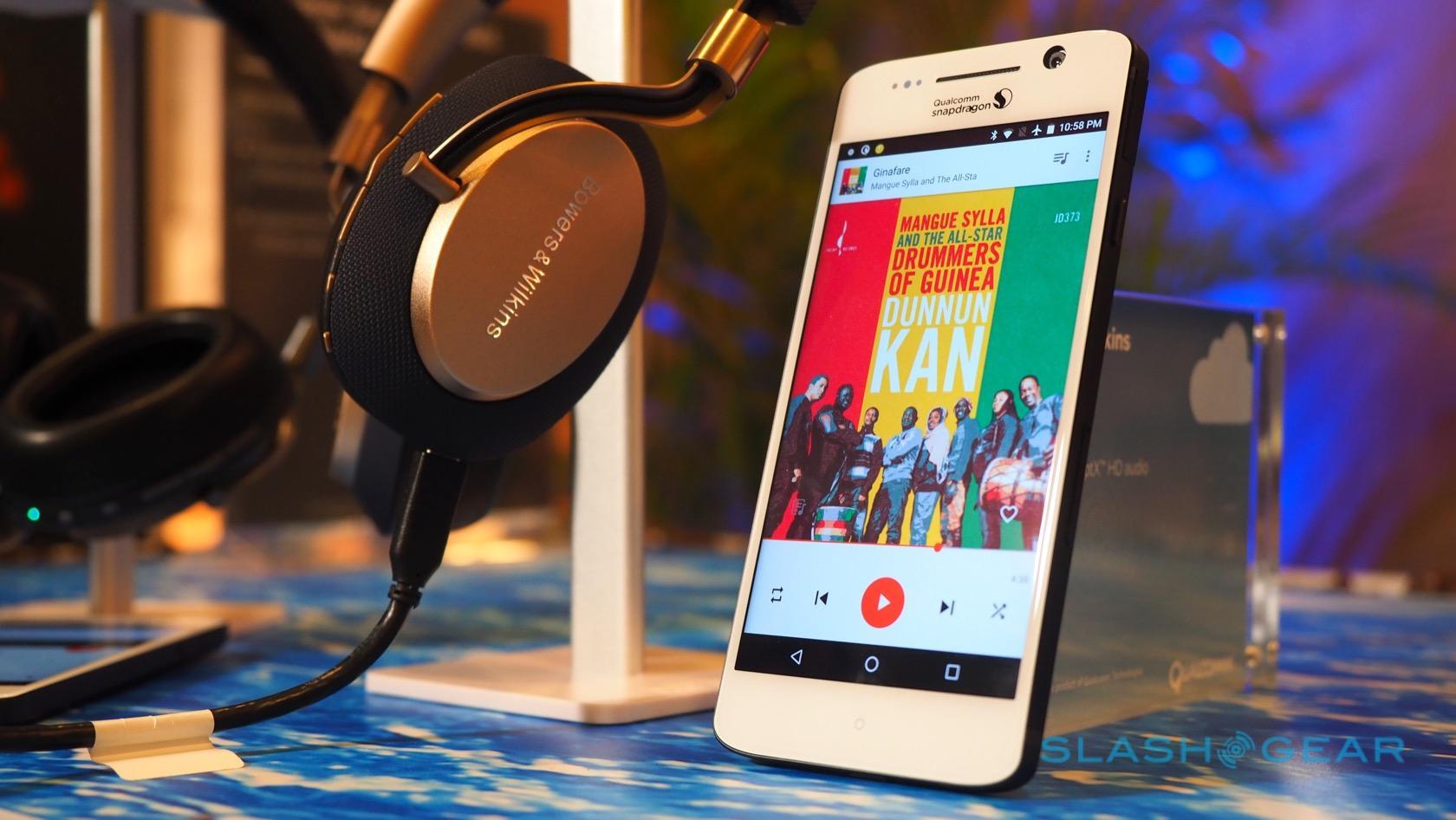 So, how did Qualcomm pitch the Snapdragon 845? With a combination of speed, security, and computational photography. First up, a side-by-side benchmark between the newest Snapdragon and some of its range-mates, like the Snapdragon 835 and the Snapdragon 660. The focus here wasn’t just on performance – clearly, the new SoC will be the fastest – but how that was balanced with power consumption. 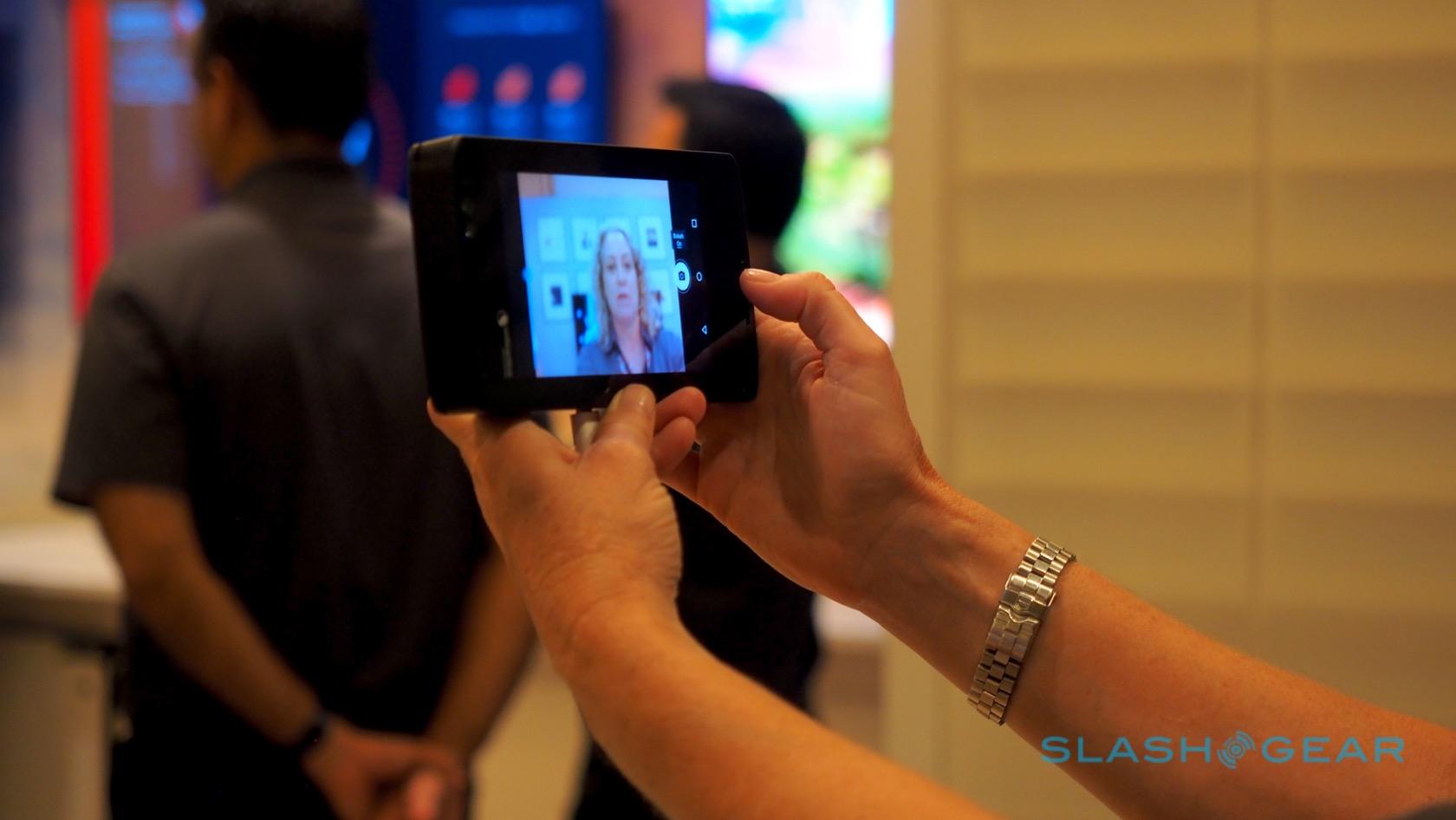 For instance, running GFXBench’s Manhattan OpenGL 3.1 benchmark on Snapdragon 845 and 835 reference designs side-by-side, the newer chipset used about 25-percent less power. Playing a 1080p video file across the Snapdragon 845, 835, and 660 devices, meanwhile, the new chipset used approximately 15-20 percent less power than the 660. Now, the Snapdragon 660 is obviously a lower-tier SoC, but it’s also known for being impressively power-frugal, and you might have expected the more powerful Snapdragon 845 to also have a greater appetite. 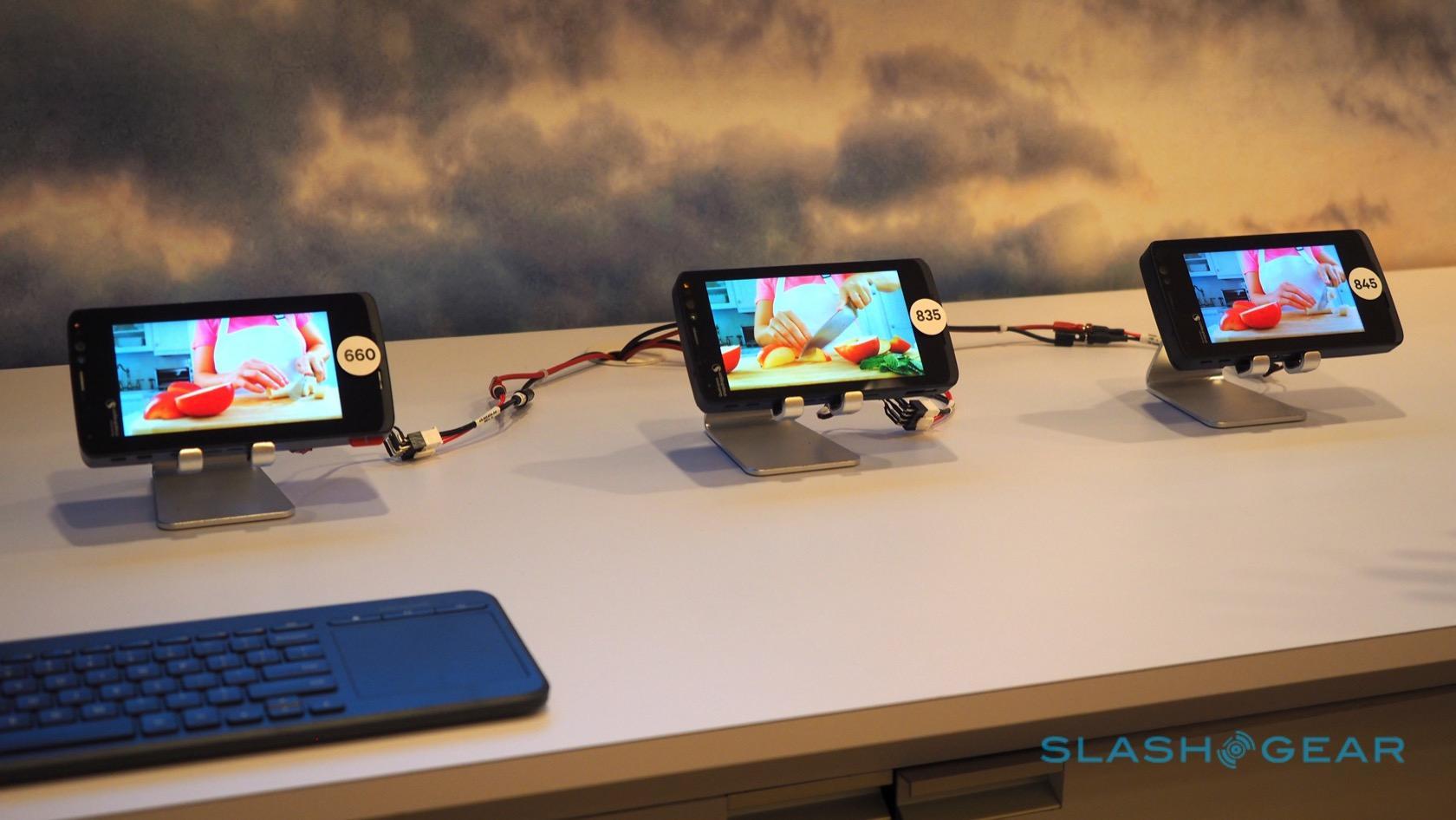 Elsewhere, it was the Snapdragon X20 LTE modem that was on display. That has carrier aggregation that can now combine twelve data streams from up to five bands, and also supports LAA unlicensed spectrum. On paper, the result could be up to 1.2 Gbps and far better network capacity, though as I said you’ll never see real-world speeds close to this. Still, with some networks beginning to roll out unlicensed spectrum usage, it’s something that could increasingly set the X20 apart. 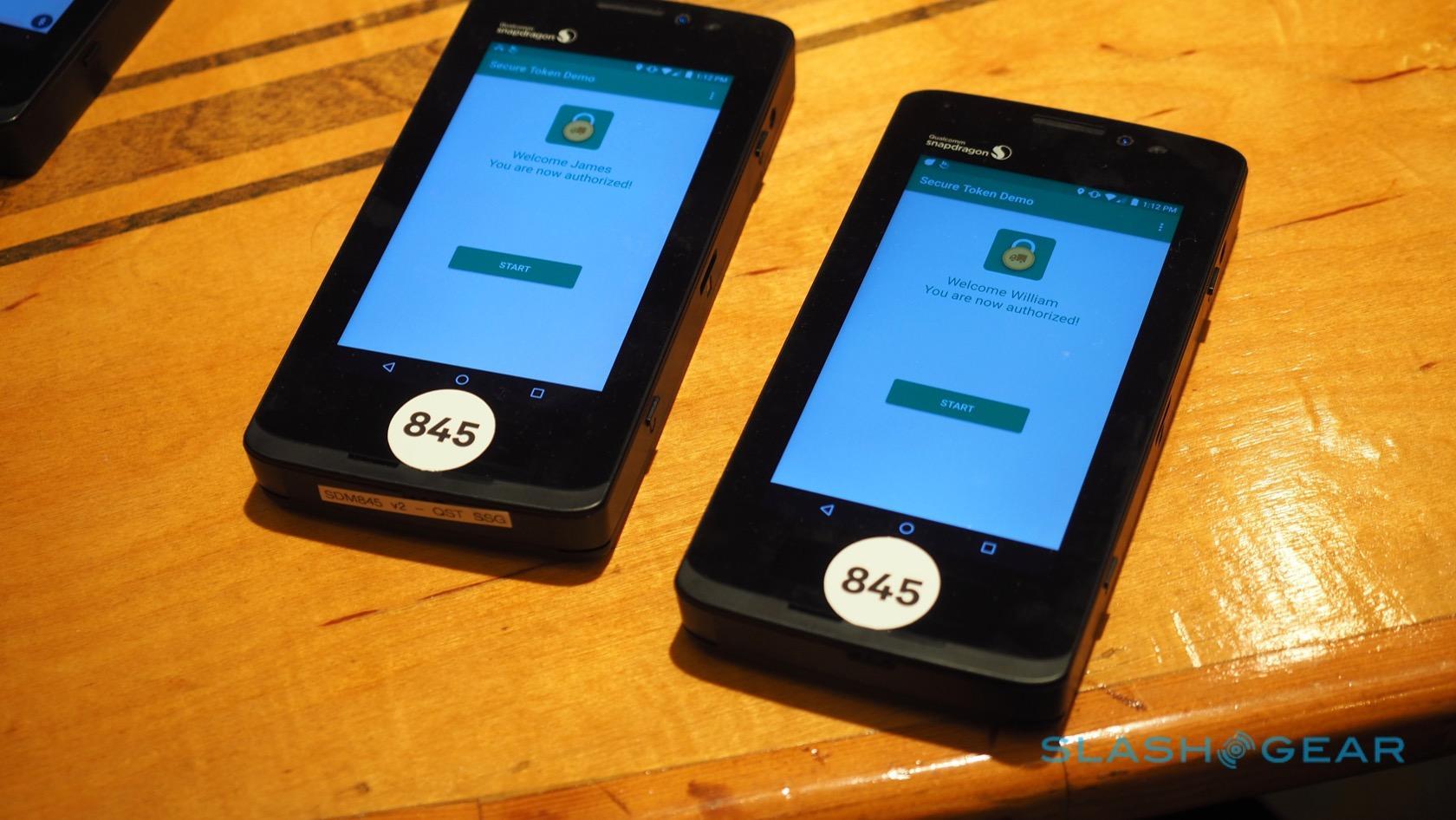 On the security side, Qualcomm demonstrated the potential of the Snapdragon 845’s Secure Processing Unit. That’s effectively an isolated processor all of its own, complete with memory, a crypto engine, a random number generator, and more. It also, importantly, has direct links to things like the phone’s GPS, camera, fingerprint sensor, and more. 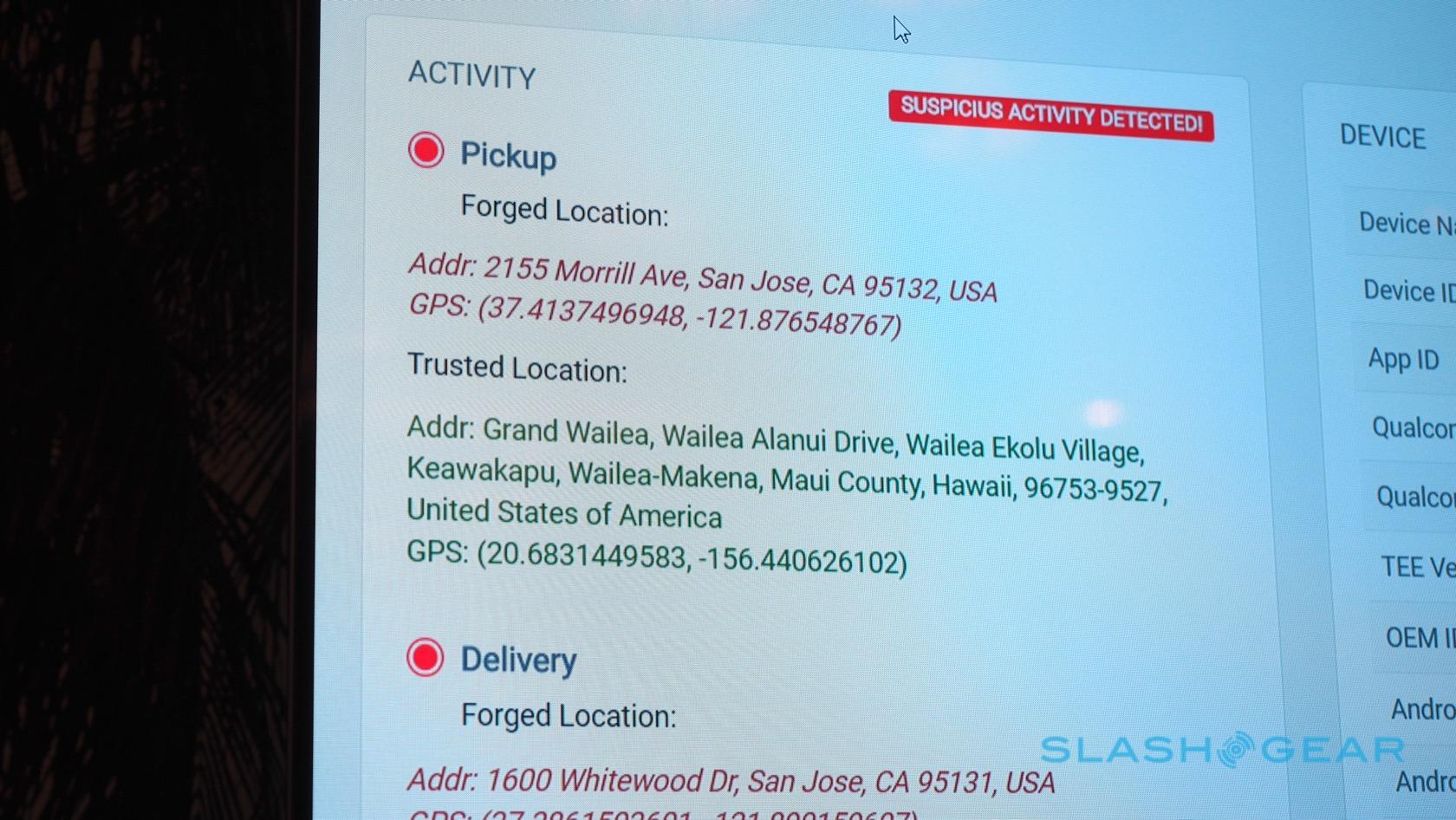 In Qualcomm’s demo, it showed how the Secure Processing Unit could be used to defeat a location spoofing hack. There are plenty of apps available for Android which can fake a phone’s location: however, since the Snapdragon 845 feeds positioning data straight from the GPS to the security enclave, it bypasses any such falsification. That will come into its own when banks, carriers, and other companies start demanding more accountability from things like biometric access to mobile banking and more, credentials that are also locked away inside this more secure area of the SoC. 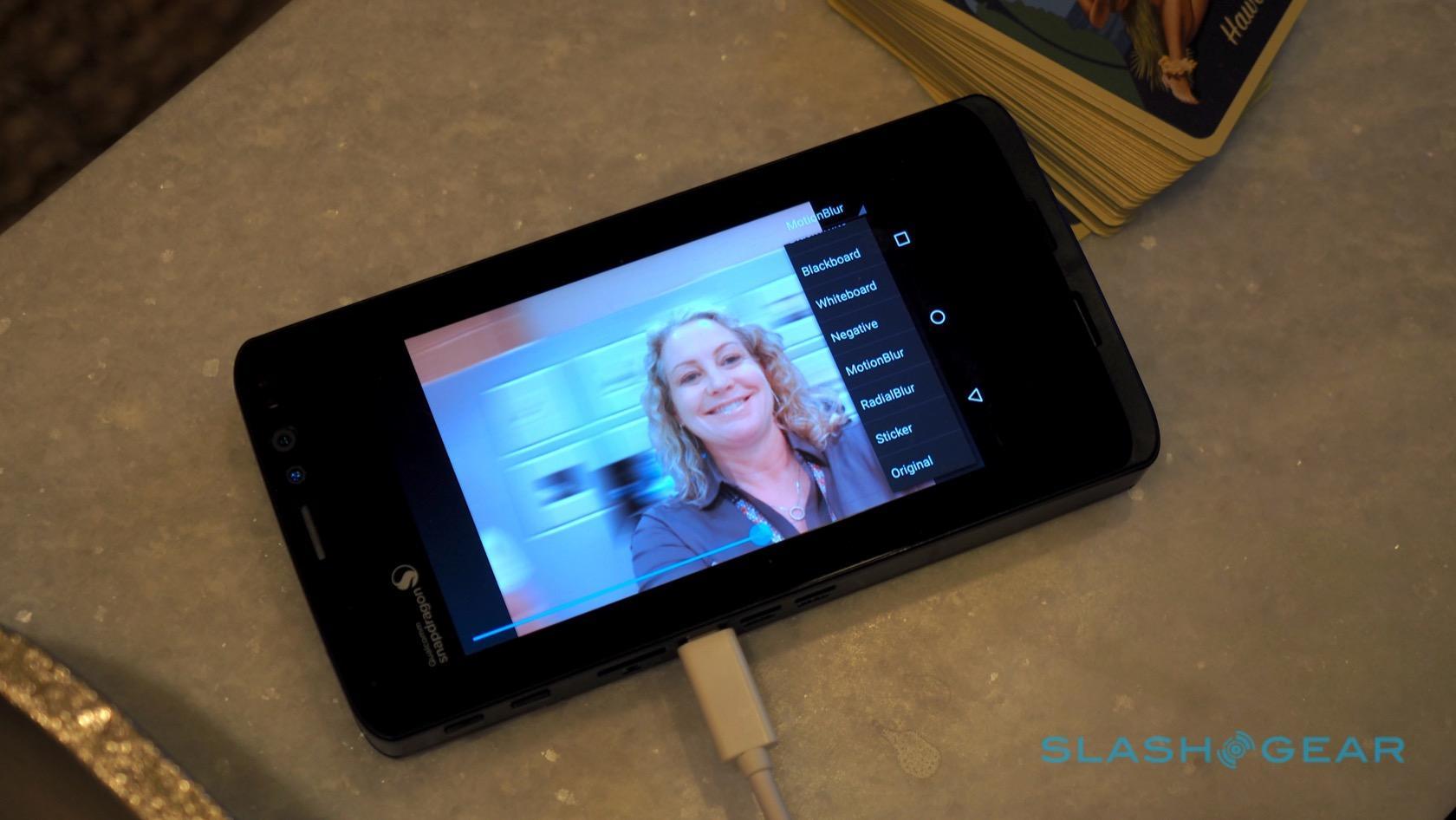 Finally, there’s computational photography. Though the Snapdragon 845 reference design has dual main cameras, Qualcomm is pushing AI as a route to things like portrait-mode bokeh and real-time video manipulation with a single lens, all on-device. In a portrait mode app Qualcomm created, for instance, the front-facing camera on the phone could use depth information to automatically remove the background and replace it with something else. 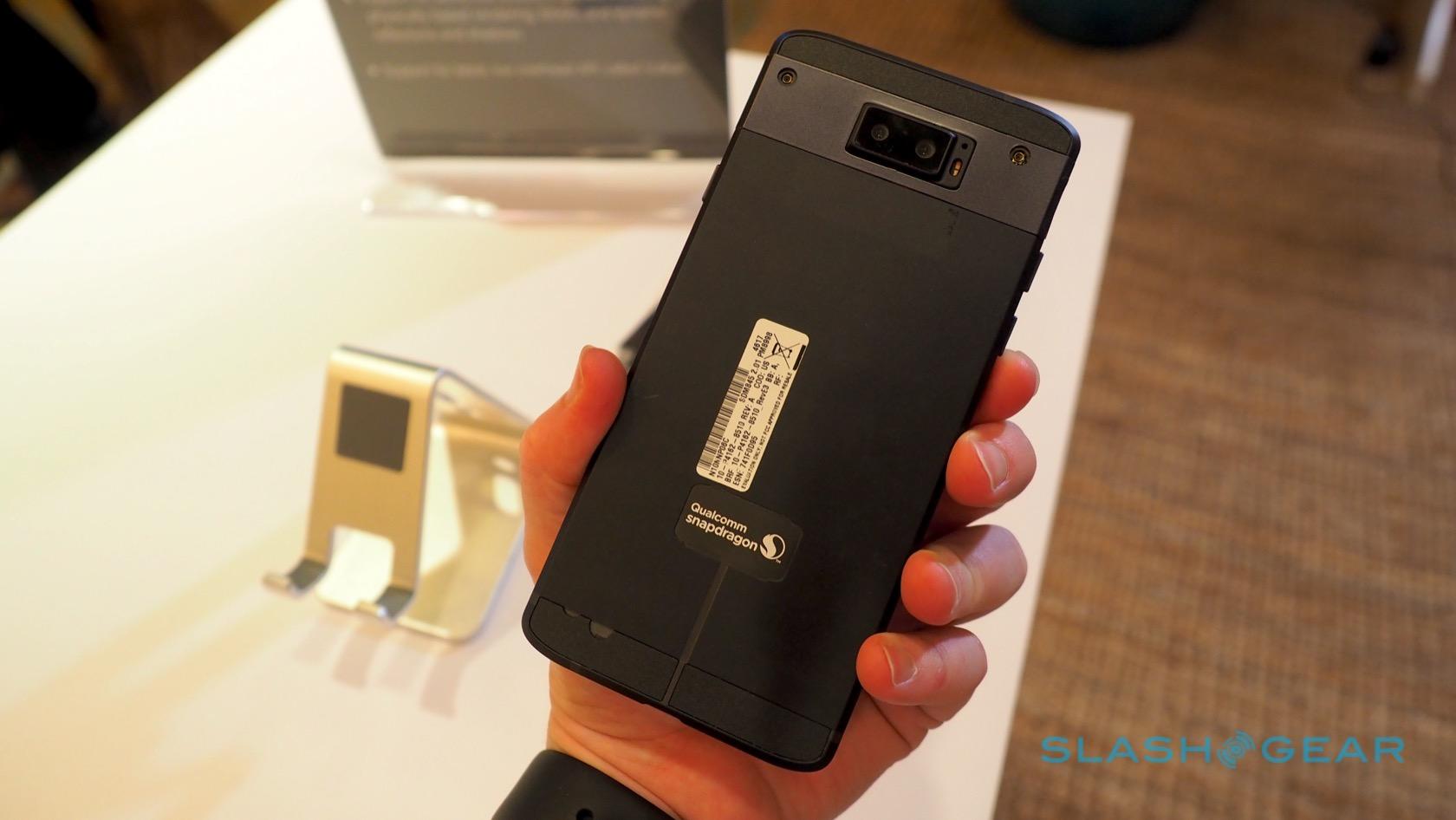 The additions for augmented, virtual, and mixed reality will also pay dividends, particularly in alternative form-factors. ODG was on hand with its R9 AR headset, which is actually based on the Snapdragon 835. According to ODG’s Nima Shams, however, work is already underway to build on the Snapdragon 845’s new room-scale 6-degree-of-freedom (6DoF) mapping and SLAM, which will make tracking user movement in 3D space even more accurate, not to mention better fix virtual objects among their real-world counterparts. 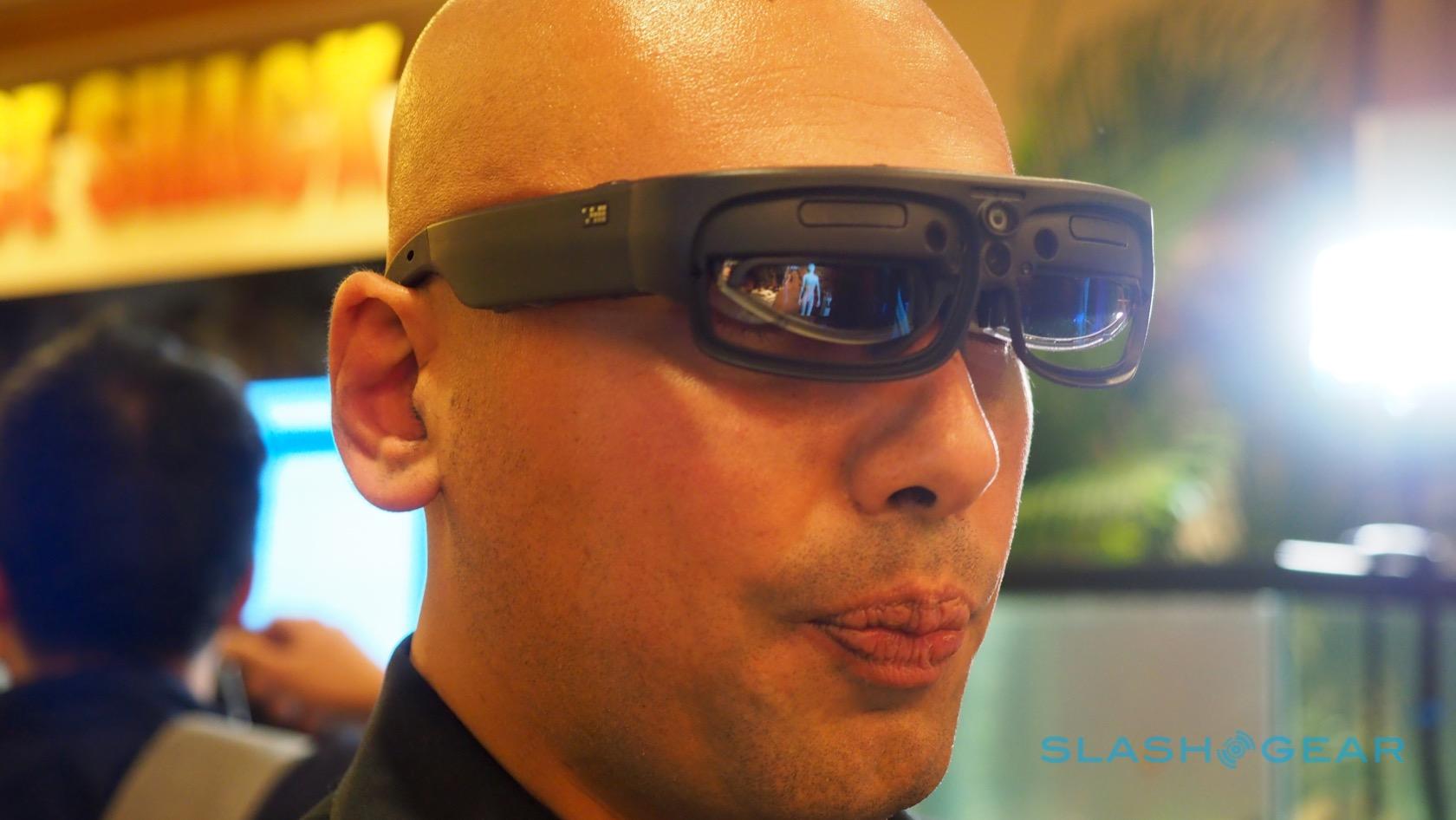 MORE What you need to know about the Snapdragon 845

In a separate demo, Qualcomm showed a VR headset onto which a Leap Motion sensor had been grafted. The Snapdragon 845 will include native support for tracking individual hands and fingers. Holding my hands in front of the sensor array, I was able to manipulate virtual controls and grab tools.

How much of this functionality makes it through to devices you and I can actually go out and buy depends on manufacturers, of course. Qualcomm has the reference design, the chip capabilities, and plenty of SDKs and software tools to build production features based on what it’s been showing this week, but in the end it comes down to what companies making phones, tablets, wearables, and other devices decide their audience wants. We’ll know more about that in early 2018, when the first Snapdragon 845 based products are due to hit shelves.