Apple may have planted its flag on the idea that artificial intelligence (AI) can still be mindful of privacy, but Qualcomm is looking to unlock the same for Android with the new Snapdragon 845. The new system-on-chip (SoC), unveiled today, will help device and service-makers break their phones, apps, and other products away from their tether to the cloud. It also puts a renewed focus on security.

Traditionally, the ability of services like Google Photos to identify who is in each shot, or Google Home to pick out individual voices and figure out who’s speaking, have relied on server-side processing. The exponential growth of cloud services, not to mention the ability there for service providers to bring together data from a huge variety of sources and improve the AI smarts collectivity, has meant that embracing such products can have a hit on individual privacy. 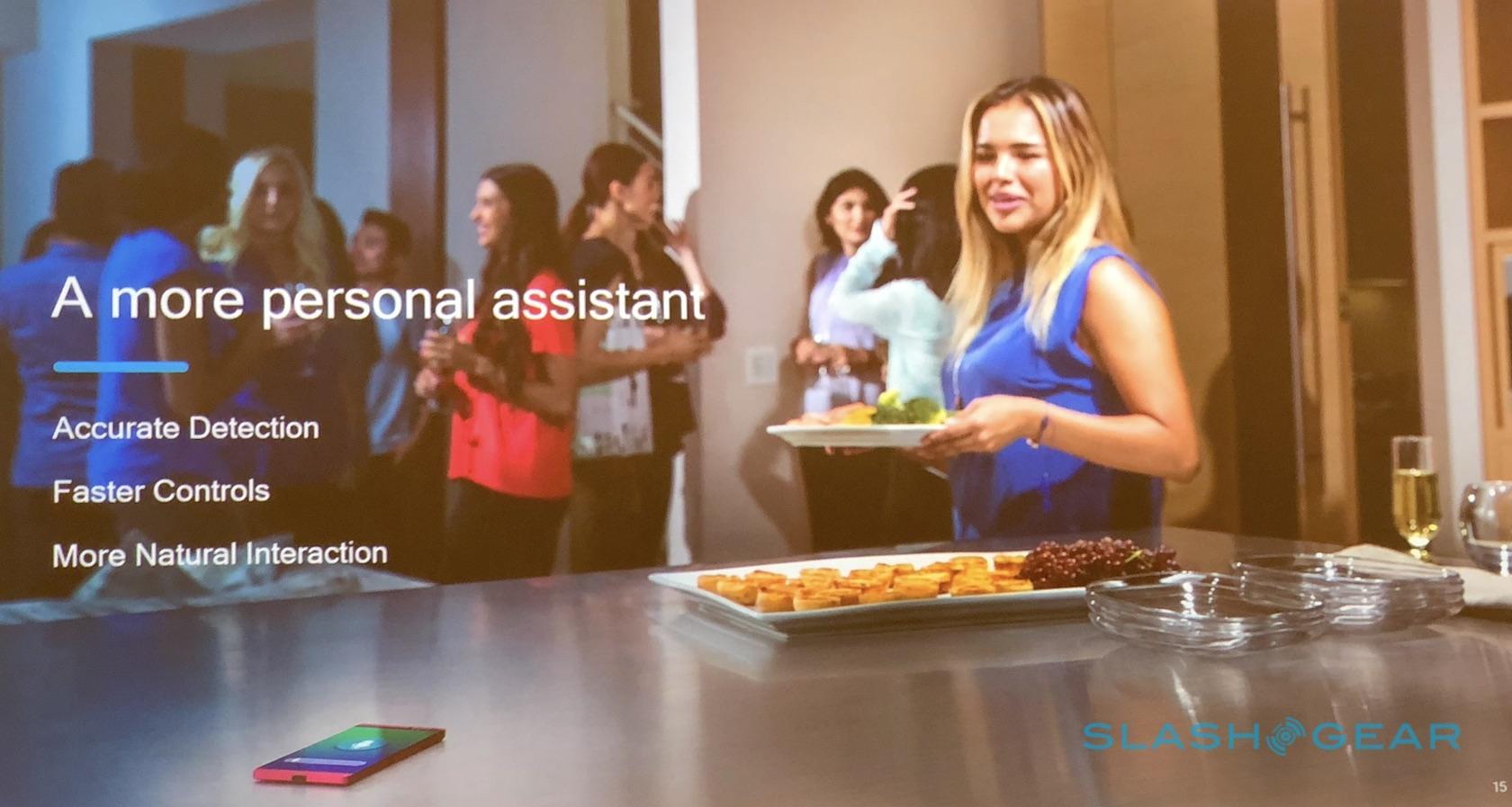 Now, Qualcomm is looking to change that. “Just because I don’t share data,” Gary Brotman, Director, Head of AI and Machine Learning Product Management at Qualcomm, argues, “doesn’t mean I shouldn’t be able to benefit from a user experience on my device.”

It’s an argument Apple has made in recent years, hoping to differentiate itself from Android and other platforms. The iPhone’s ability to recognize people in photos, for instance, is done on-device rather than outsourced to the cloud. The Snapdragon 845 will allow other devices to do similar, with the new Hexagon 685 DSP, Adreno 630 visual processing subsystem, and Kryo 385 CPU being harnessed for a wide variety of deep neural network platforms. 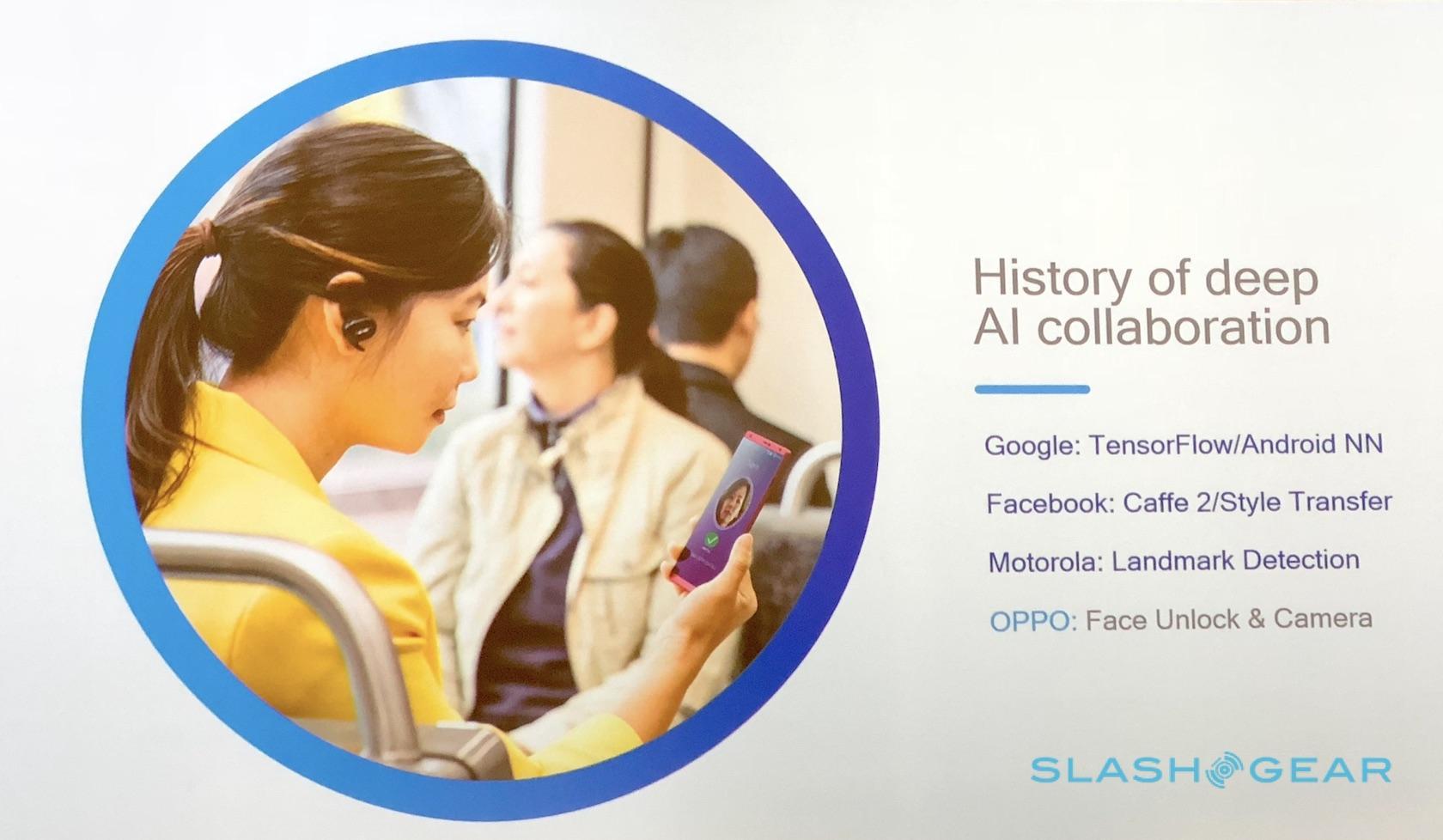 That’ll include TensorFlowLite, Onnx’s Caffe2, CNTK, and MXNet, and new optimizations for other networks. Qualcomm is already working on such things with a variety of partners, like Google, Facebook, Motorola for its landmark detection, and OPPO for its face-unlock and camera. However, the Snapdragon 845 will also significantly cut latency, the chip-maker says. 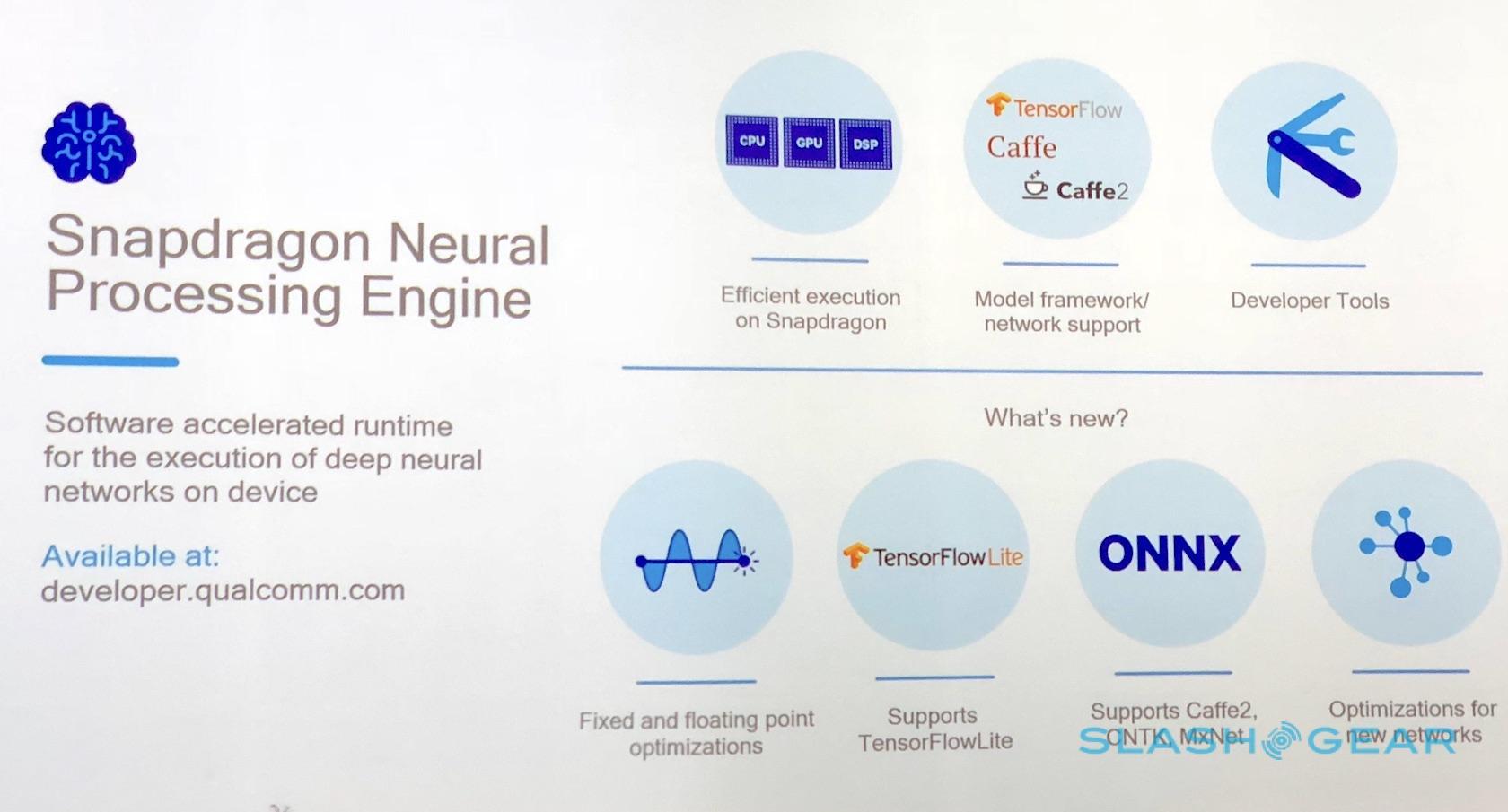 Arguably that’s just as important as privacy, Qualcomm’s Brotman argues, as we make more use of AI services. “You don’t want that to be latency-ridden. You want that dialog to be natural, like you’re talking to a human, not a machine.”

What you might want to have entrusted to a machine, mind, is security. As biometric methods of unlocking devices, apps, and services rise, not to mention our devices become even more capacious repositories of our data, that opens new issues. “It’s one thing to have your password hacked and have to change it,” Keith Kressin, Senior Vice President of Product Management at Qualcomm, points out. “It’s another to have to change your biometric security.” 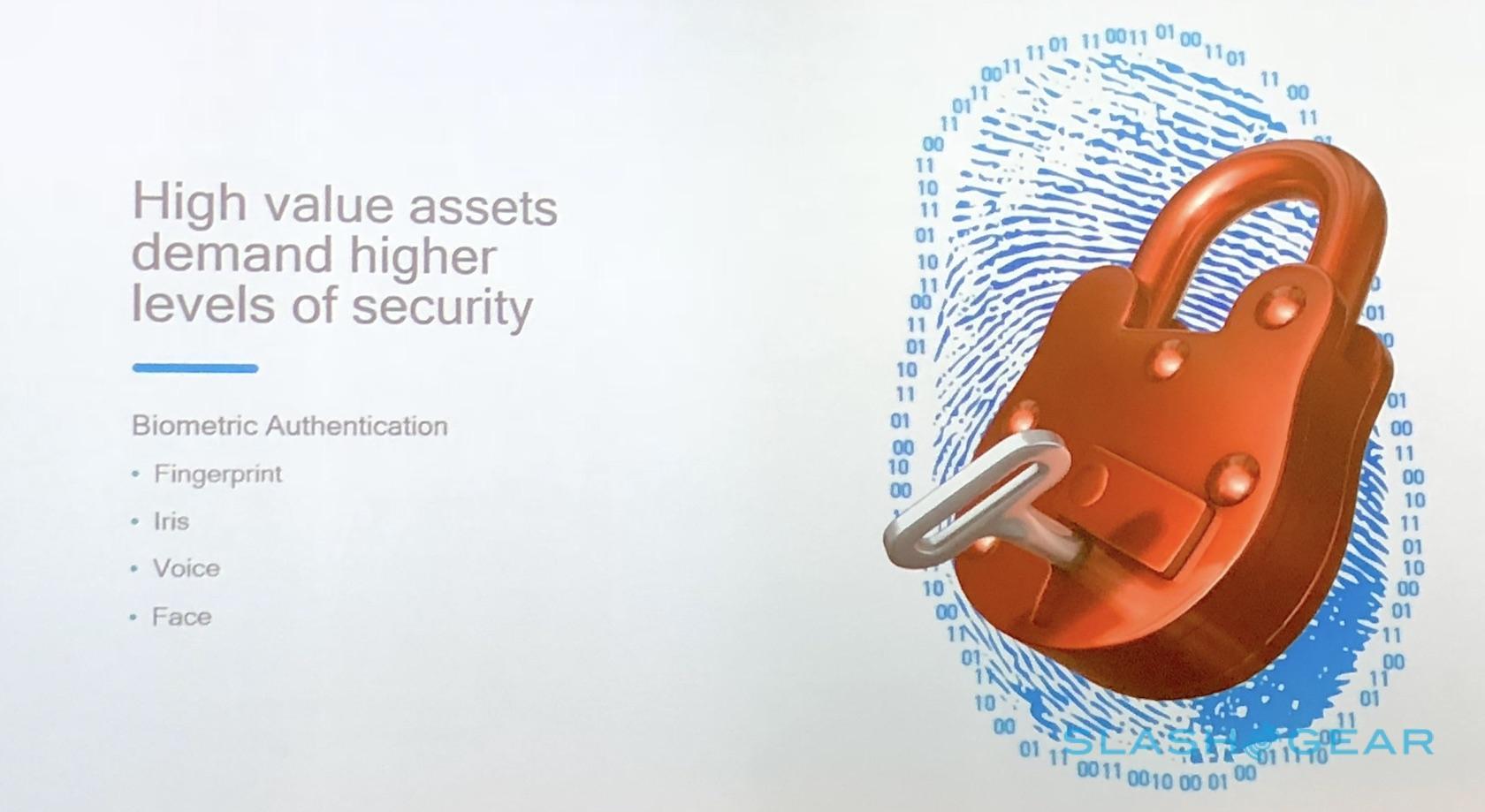 The answer is a new security architecture, which is being introduced for the first time on the Snapdragon 845. It’s a “secure vault built right into the heart of the platform,” Sy Choudhury, Senior Director, Product Management, says. Dubbed the Secure Processing Unit, it’s an isolated section of the SoC that works in a similar way to what Apple is doing with its Secure Enclave on its own Ax chipsets. 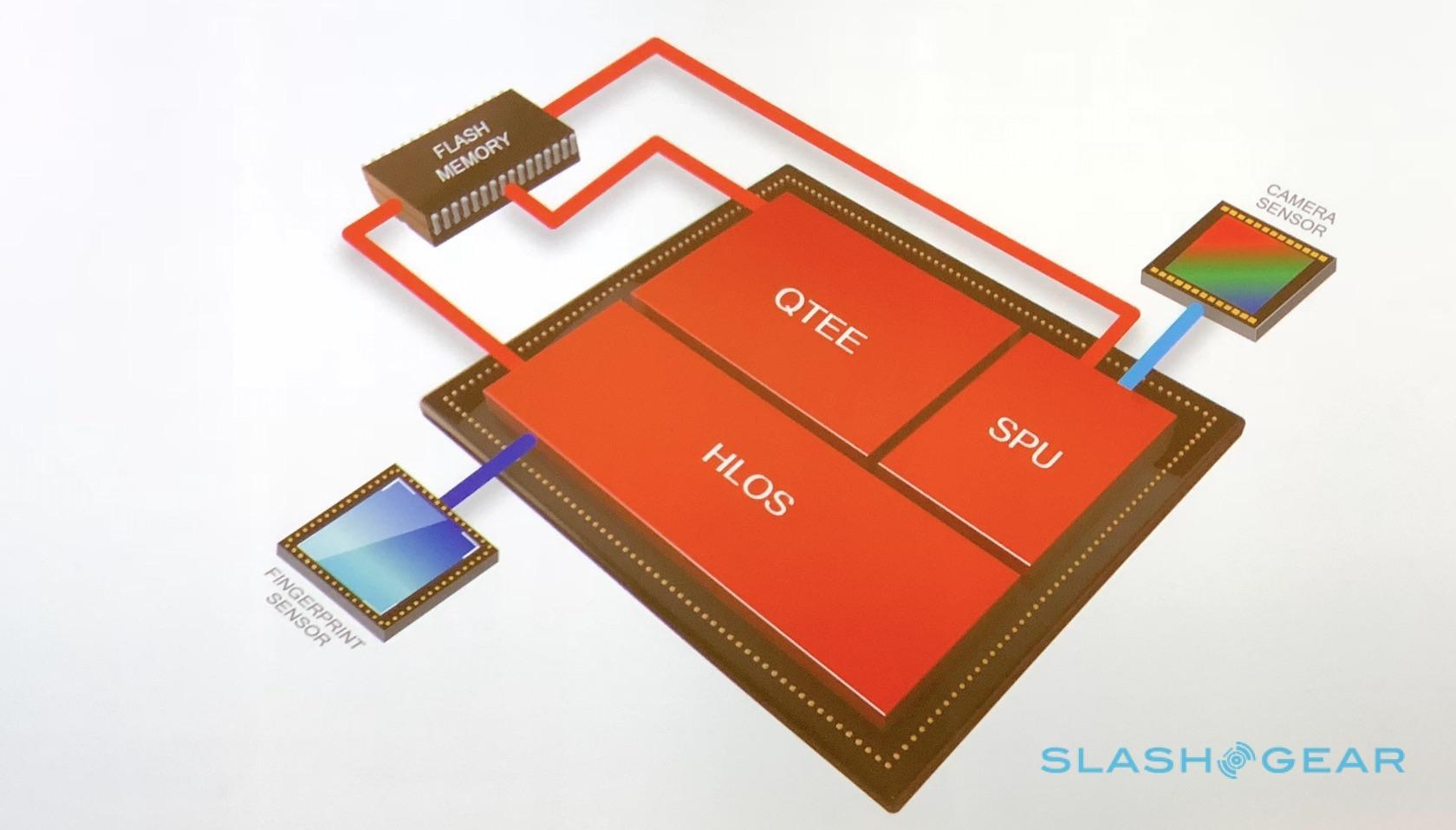 That means, if rogue software is trying to attack the biometric data, or the digital key management’s passwords, user data, and application data that’s locked down by the key-generator in the Secure Processing Unit, there’s a firewall between them and the rest of the SoC. “With the first wave of 845 devices you’ll see biometrics protected such as fingerprint and iris,” Choudhury says. “With the second wave, you’ll see face-unlock, and voice.” 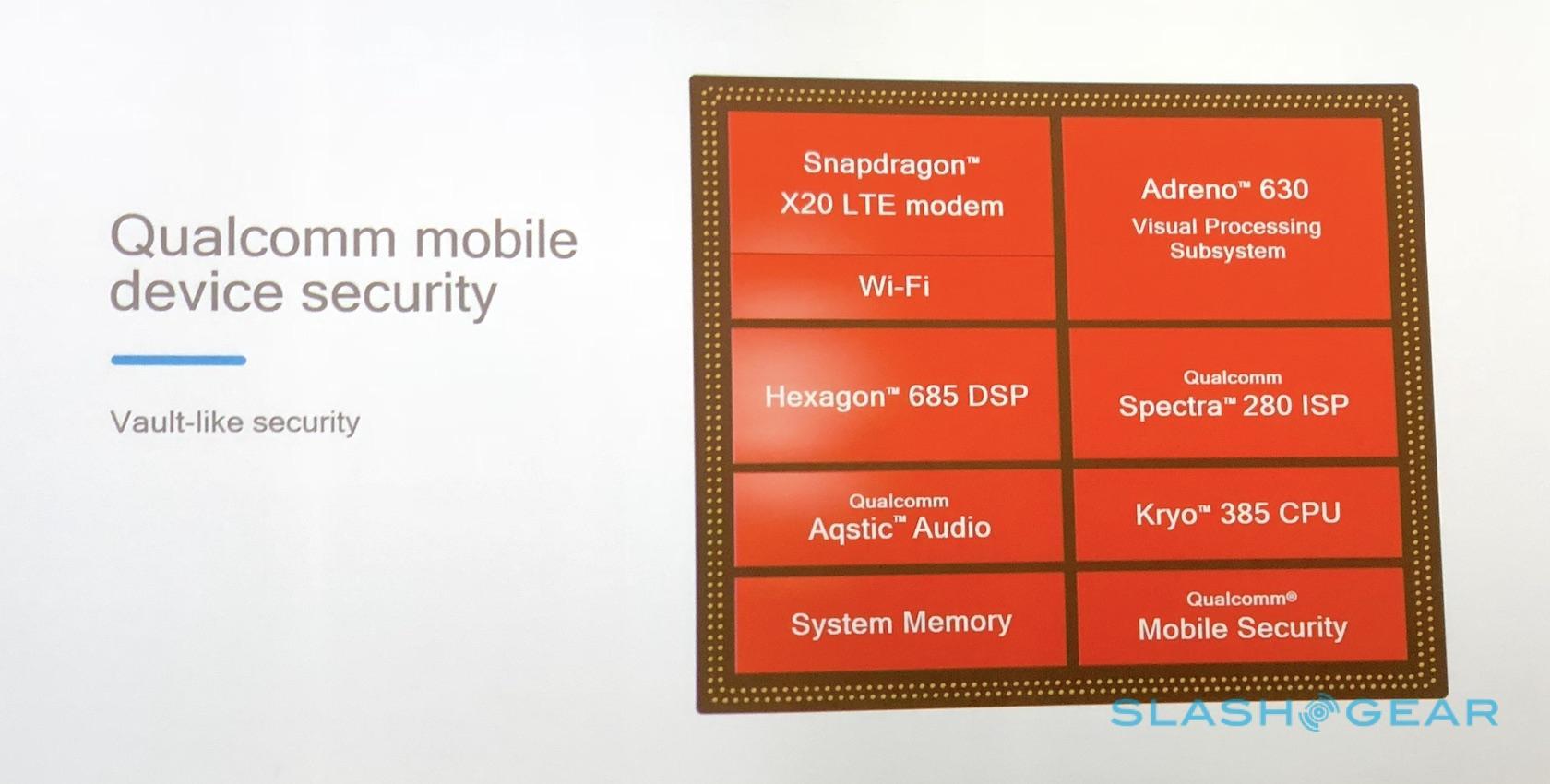 For device-makers, it’ll be an opportunity to bring together what were traditionally different components – like secure chips in SIMs or on credit cards – into the Secure Processing Unit. Devices can be smaller and more integrated, important for wearables and AR headsets, but still give support for mobile payments and transit passes. We’ll see the first fruits of those new devices come early 2018. 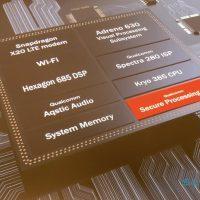 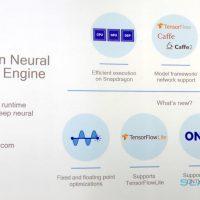 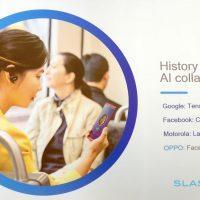 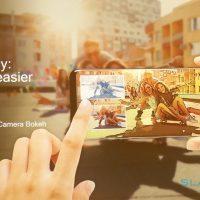 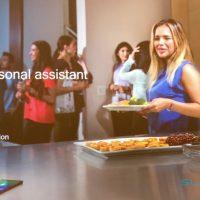 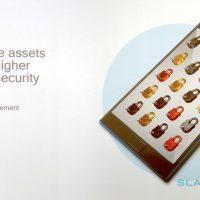 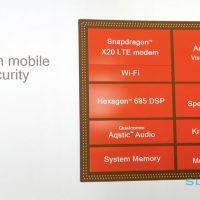 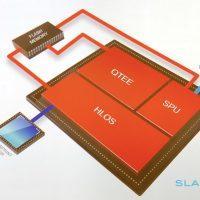 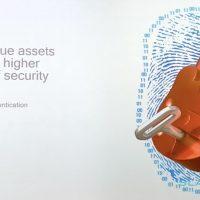