NASA’s Perseverance has been acting as remote camera operator for the Ingenuity Mars Helicopter’s three flights, but the tables were turned on the latest launch when the historic aircraft snapped a shot in return. Though Ingenuity isn’t designed to carry any science experiments – proving the helicopter can fly on Mars is itself the big test – it does have a camera onboard.

David Bailey probably shouldn’t be worried. Ingenuity’s color camera captures at 4208 x 3120 resolution, and is fixed in the fuselage of the helicopter pointed down from the horizon at a roughly 22-degree angle. 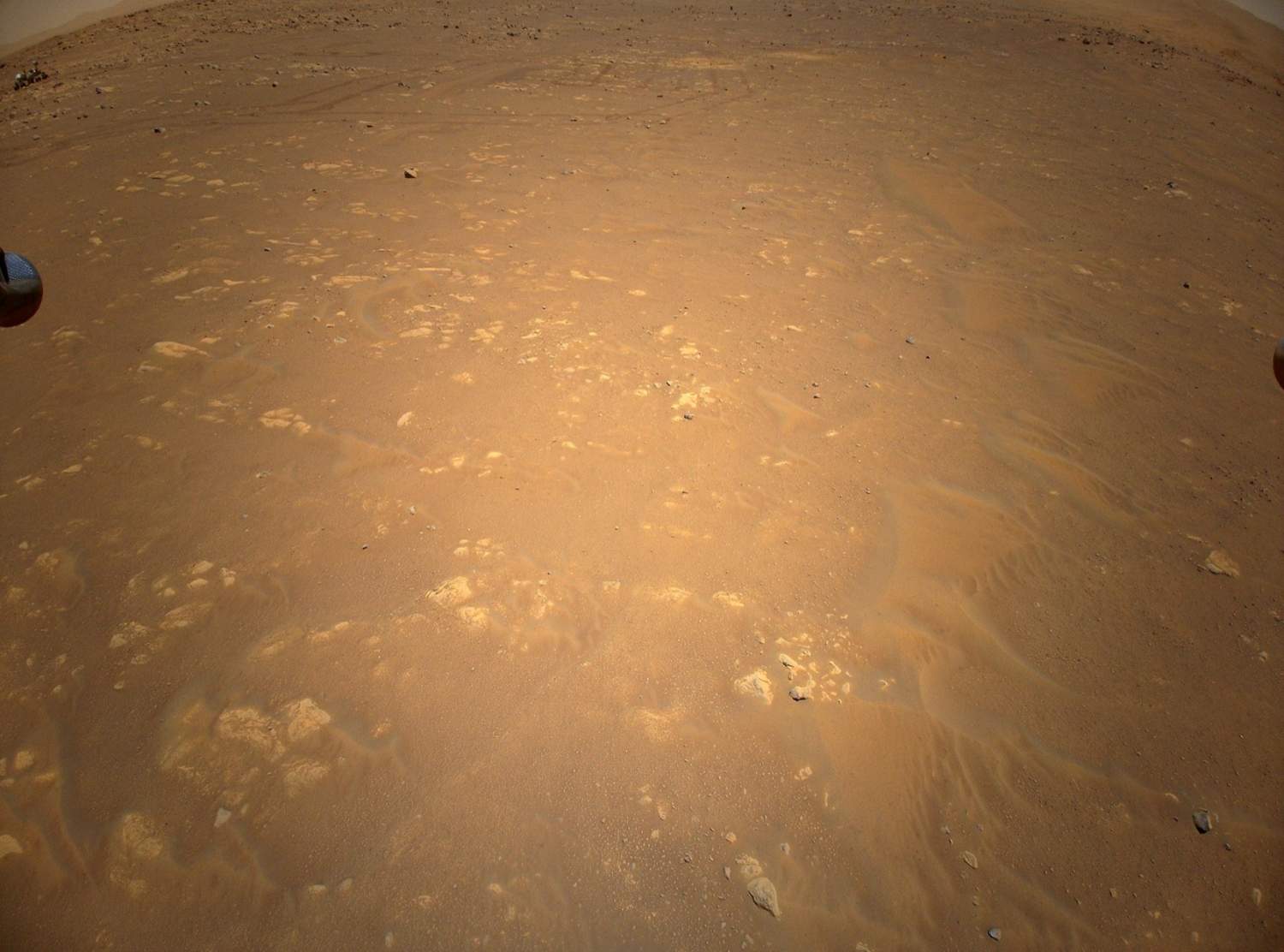 Still, that was enough for Ingenuity’s third flight to capture Perseverance itself as it hovered and maneuvered. Taken on April 25, the picture shows the distant rover on the far upper left-hand corner of the frame. At the time, NASA says, the helicopter was roughly 16 feet off the ground.

Perseverance was a safe 279 feet or so away, part of the precautions being taken by NASA and the Jet Propulsion Lab (JPL) responsible for the rover and the helicopter. Should Ingenuity encounter some sort of cataclysmic issue that brings it tumbling down to the Martian surface unexpectedly, the hope is that Perseverance will be sufficiently distant so as to avoid being damaged. While Mars’ gravity may be lower than Ingenuity would encounter on Earth, it’s still heavy enough to cause some problems should the two collide.

The safe distance Perseverance can retreat to is, of course, limited, since it’s the helicopter’s link back to the JPL team. The two use a low-power Zigbee connection – more commonly associated with smart home and IoT devices back on Earth, with products like Philips Hue connected light bulbs reliant on Zigbee for their mesh network – with the rover relaying data from Ingenuity back home. It’s not exactly a broadband-scale connection: think more along the lines of 250 kbit/s, with range of around 3,300 feet. 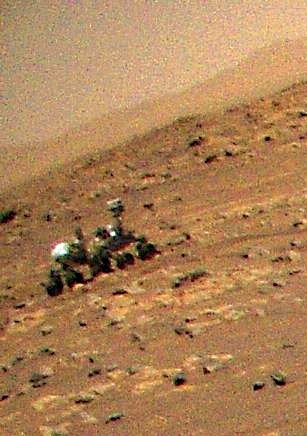 The goal is to demonstrate how useful aircraft could be in future space missions, with Ingenuity our first example of controlled, powered flight on a different planet. That might one day mean helicopters or drones that survey areas of planets like Mars that ground-based rovers are unable to reach, or using aircraft as communication relays for future crewed missions.

Perseverance, meanwhile, has been using Mastcam-Z – its head-mounted camera – to record Ingenuity’s three flight attempts so far. That was an easy matter for the first two launches, but the helicopter’s most recent flight saw it escape the rover’s field of vision, having been programmed to fly 164 feet downrange of the landing spot it eventually returned to.