NASA’s Ingenuity Mars helicopter successfully took off from the surface of the red planet, hovered, and then landed safely again today, the first example of powered, controlled flight on another planet. The historic experiment is the culmination of a wild ride for Ingenuity, tucked against the belly of the Mars Perseverance rover until it was carefully lowered to the planet’s surface earlier this month.

While Perseverance is expected to spend the next few years exploring Jezero Crater where it landed, performing science experiments and collecting samples for future return to Earth, Ingenuity has a very different goal. It saw NASA and the Jet Propulsion Laboratory attempt something never before tried, controlled flight on another planet in our Solar System.

The first takeoff was delayed as the JPL team worked through some final issues, but Ingenuity successfully launched this morning, Monday, April 19, at 6:46am EDT. It climbed to its preset maximum altitude of 10 feet, and then hovered there for 30 seconds. Finally, it gently descended again, safely touching down once more after 39.1 seconds of total flight.

Today’s flight time wasn’t picked by chance. The JPL team selected it because of signs there would be the “optimal energy and flight conditions,” NASA says, for the solar-powered helicopter. That’s vital, given Mars’ comparatively thin atmosphere presents a challenge to the two 4-foot-wide rotor blades.

Much like with Perseverance’s hectic descent to the planet, Ingenuity’s first flight was completely autonomous. The helicopter communicates with Earth by using the rover as a relay. Time lag between signals from one planet to the next mean the latencies involved are simply far too great for real-time control by the JPL operators. 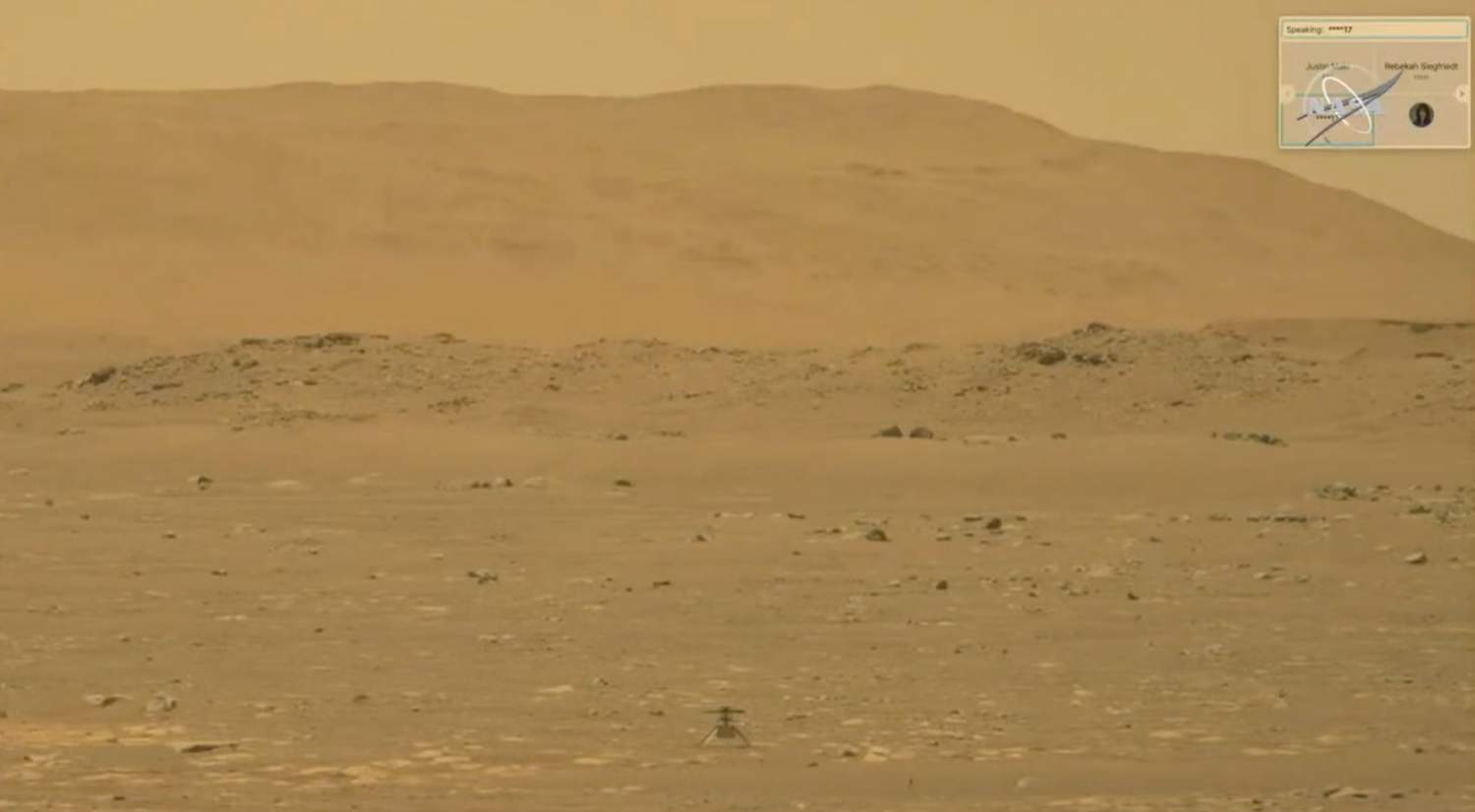 Unlike Perseverance, the SUV-sized body of which is packed with scientific instruments, Ingenuity is itself the experiment. It weighs 4 pounds and stands just over 19-inches tall, and was constructed from a mixture of off-the-shelf and custom parts, NASA says. A primary goal was to simply show the feasibility of flight for future potential missions, where airborne craft could perform surveys, take photos, and more.

You wouldn’t believe what I just saw.

The area in which Ingenuity made this first, record-setting flight will be named Wright Brothers Field, NASA said today. That, NASA Associate Administrator for Science Thomas Zurbuchen explained, was a nod to the first flight on Earth more than a century ago.

“Now, 117 years after the Wright brothers succeeded in making the first flight on our planet, NASA’s Ingenuity helicopter has succeeded in performing this amazing feat on another world,” Zurbuchen said. “While these two iconic moments in aviation history may be separated by time and 173 million miles of space, they now will forever be linked. As an homage to the two innovative bicycle makers from Dayton, this first of many airfields on other worlds will now be known as Wright Brothers Field, in recognition of the ingenuity and innovation that continue to propel exploration.” 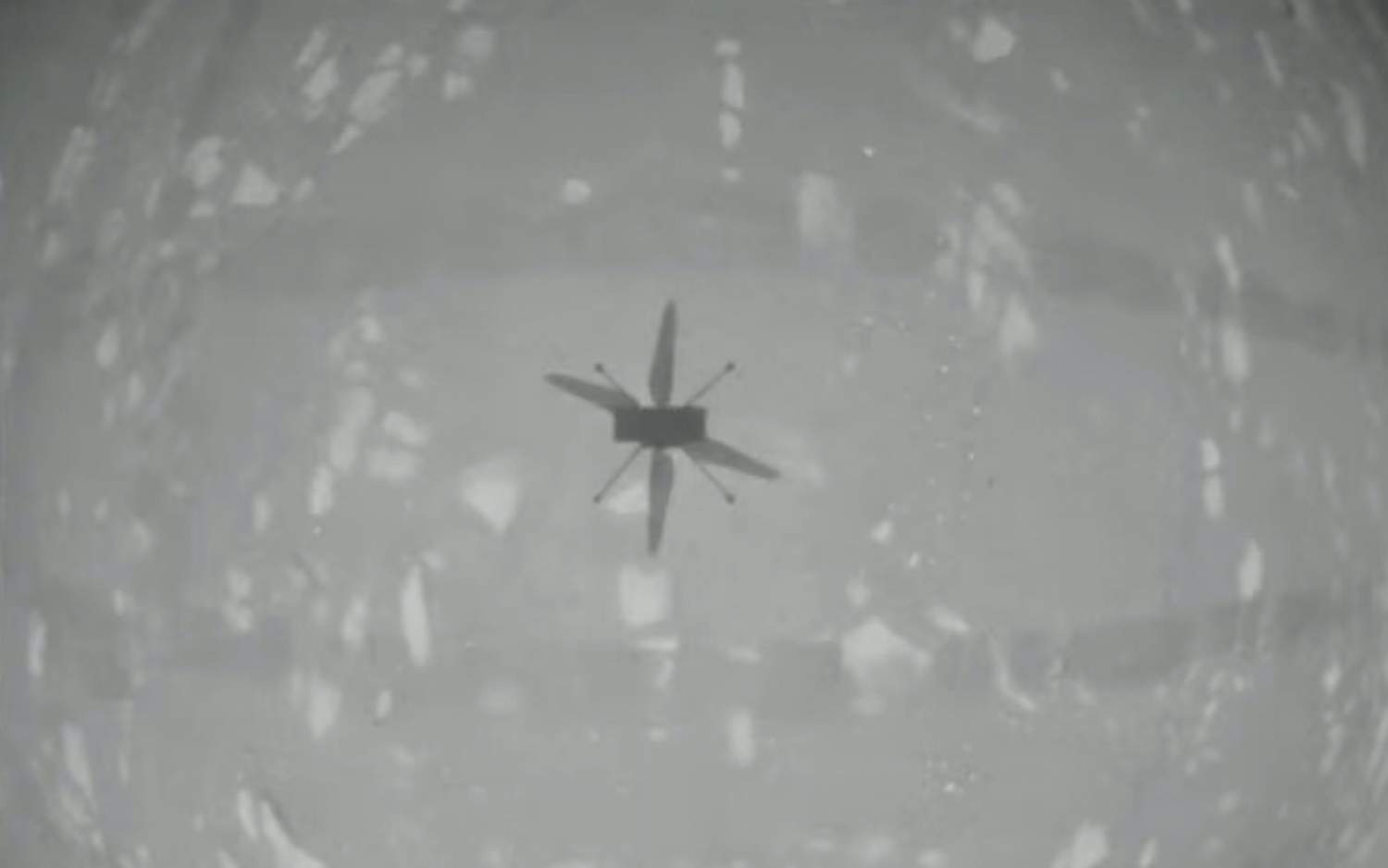 Perseverance, meanwhile, parked around 211 feet away from Ingenuity’s launching spot, having retreated from the Mars helicopter so as to avoid blocking its solar panels. It acted as camera-operator for the flight attempt, and will be responsible for beaming back more data from Ingenuity as part of its regular transfers back to NASA.

As for the next flight, the date for that is still being worked on. The JPL team will be using the returned data as well as Perseverance’s photos to figure out the goals for Ingenuity’s next attempt, which NASA says will be scheduled no earlier than April 22.