When it comes to home entertainment, 3D is the buzzword of 2011. Listen to what the manufacturers and retailers are saying, and you’d believe your living room simply isn’t up to scratch if it doesn’t have a 3D-capable set taking pride of place. SlashGear 101 goes back to basics to figure out exactly what 3D is, how it works in the home, and what considerations you’ll need to take into account if you want to join the third-dimension.

Not any more. Theater audiences decades ago were hooking flimsy cardboard glasses over their ears and settling in to watch cheap 3D movies, but the home technology has come on in leaps and bounds since then. The glasses themselves look more like a semi-fashionable pair of Oakleys than something you’d find free in a cereal box and, while the principles of 3D are the same, they don’t work in the same way.

3D content takes advantage of the fact that each of our eyes see things from a slightly different angle. Out in the real, naturally-3D world, those two angles are combined by the brain and so we get a 3D perspective; when you’re dealing with a flat, 2D display, you have to figure out some way of showing each eye a slightly different picture, preferably as close as possible to the same time.

Those cardboard specs – known as “anaglyph” glasses – did it by offsetting the red and blue colors of the movie slightly: the eye with the red lens couldn’t see the red part of the picture, and vice-versa with the blue lens. That meant two different views from one single onscreen image. Problem was, the colors got mangled in the process, and so film-makers could only use a limited palette.

Modern 3D TVs either use special passive (i.e. unpowered) or active (i.e. powered) glasses to create the 3D effect. Passive glasses use polarized lenses, like polarized sunglasses, which restrict the light reaching each eye; a filter layer over the TV splits the picture into the left and right eye channels, so that the brain gets two slightly different perspectives which it can combine into 3D. 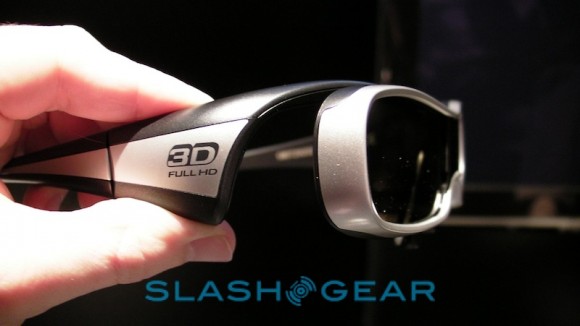 Active glasses are more complex, with each lens being optically clear but in fact a sheet of liquid-crystal like a calculator display. Rather than the TV showing the left and right eye images simultaneously, as with passive 3D, it rapidly flips between the two images; at the same time, the glasses blank out the opposite eye, so that only one eye sees one image at a time. Basically, when the TV is showing what the right eye should see, the glasses make sure the left eye is obstructed. Thanks to the high speed that the images are switched, and that the active “shutter” glasses flick between the eyes, the brain actually sees a consistent picture from each rather than spotting the obstructions, and then builds those pictures into 3D.

What if I don’t want to wear glasses?

Doing away with 3D glasses – whether active or passive – is the holy grail for TV manufacturers. Usually known as “autostereoscopy” there are various methods by which it can be achieved, though none are really ready for a commercial launch in the living room.

The drawbacks of both systems are plentiful, but primarily it’s the limited “sweet spot” in which viewers must sit in order to see the 3D effect. In the Nintendo 3DS, for instance, the gamer’s eyes must be directly in front of the 3D screen; not so difficult when you’re working with a handheld console, but a different matter when you want a TV in your living room which multiple people can watch. Samsung and other manufacturers have developed large-scale glasses-free 3D prototypes, but the general consensus is that they won’t be ready for the market until they can support larger numbers of simultaneous viewers.

So what should I buy?

The choice between active and passive 3D comes, in part, down to cost. Passive glasses, because they have no electronic parts and merely rely on polarized lenses, are far cheaper; active glasses need batteries and to wirelessly synchronize to the TV they’re being used with (so they blank off each eye in correct time with the changing display), so tend to be more expensive. Most 3D TVs come with one set of glasses, but if you’re buying further pairs for the rest of the family, that can quickly get expensive.

There’s also the issue of compatibility, with active glasses from some brands not being usable with other manufacturers’ TVs. A universal standard is in development, but so far it’s a work-in-progress. Basically, the glasses you use with your 3D TV might not work with the 3D TV your friend chooses. 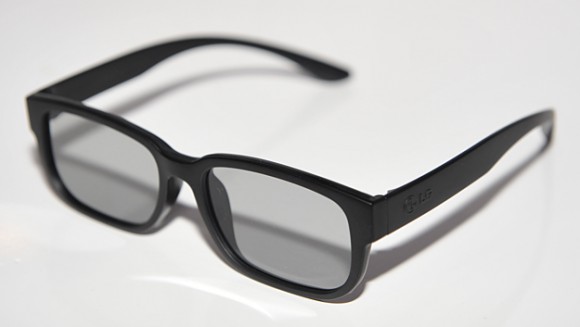 The nature of each technology also has its drawbacks. Because of the way passive 3D glasses work, with polarized lenses, you need to be looking at the TV straight-on or the effect won’t work. That means no lying down on the sofa and watching 3D at an angle. Active 3D glasses, meanwhile, can suffer from flickering problems with fast-moving films, sports and other content: that’s because the TV’s refresh rate – the speed at which the picture on-screen changes – is effectively halved since it’s having to show two image for each single frame (one for each eye).

In practice, the viewer limitations of passive glasses and the general improvement in TV refresh rates mean that active glasses are the best way forward for most living rooms. Still, it’s worth trying both systems in-store before you buy, since some people find the active 3D flicker issue more frustrating than others. A future SlashGear 101 buyer’s guide will look at which 3D TVs should be on your shortlist.

Okay, so what can I watch?

A 3D TV is only half of the story: you also need content to watch on it. Right now that’s limited, primarily because 3D films and shows are only appealing the minority subset of those who have upgraded to a compatible TV. In the US, DirecTV offers three channels with 3D content, including ESPN 3D, while Comcast plans to offer it in June this year alongside its “3D Events” channel of occasional programming. In the UK, satellite provider Sky offers the Sky 3D channel.

Pre-recorded 3D content is easier to find, and usually involves a 3D-capable Blu-ray player. An increasing number of titles, such as Avatar, are being released on Blu-ray in 3D versions. Meanwhile, Samsung and others plan to launch 3D video-on-demand services – which allow you to buy or rent digital 3D content, downloaded through your internet connection – over the coming months and years.

As for creating your own 3D content, manufacturers are gradually introducing 3D camcorders which will allow you to capture family memories in three-dimensions. In a future SlashGear 101 we’ll run down the 3D options open for the home videographer.