In order for you to be prepared for the NASA Curiosity rover mission to Mars that’s going to touch down – if all goes according to plan – on August 5th, we’ve put this simple guide together for you! What you’ll find here is a step-by-step showing of how the landing will occur as well as a round-up of some interesting promotions and videos NASA has worked up to make sure the whole world knows about the landing. The NASA Curiosity rover Mars landing livestream video will be popping up tomorrow in the evening – get knowledgeable right now!

You’ll want to begin with the extremely entertaining and easy-to-understand video presented by NASA which shows how the landing will go down. This process starts with the organization that is running the whole show: the Mars Science Laboratory. This group will attempt to land the Mars rover Curiosity on the surface of the planet Mars on the 5th of August, 2012, the spacecraft carrying the rover having been launched back on the 26th of November, 2011.

Once the spacecraft is in the correct location near Mars, the lander will be launched and will be on the ground in 7 minutes. Entry, Descent, and Landing, is the sequence that will take place in 7 minutes, this sequence is also known as EDL and – in the video above – “7 minutes of terror.” This is because the signals that are being sent back to Earth telling NASA how far the landing craft has gotten take 14 minutes to arrive. In other words, the landing will take place in a span of minutes that NASA cannot see until 7 minutes after the landing -or crash – has occurred. 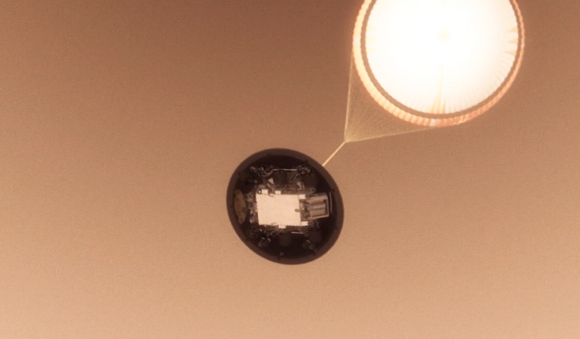 The sequence is marked by the following action points:

All of that make sense to you? It’s like a giant sandwich – the craft pulls off pieces of bread and filling as it reaches the planet, with the final component – let’s call it the pickle – being all that’s left in the end. Click the image here to see a larger version of the guide which will make it all clear – thanks NASA! 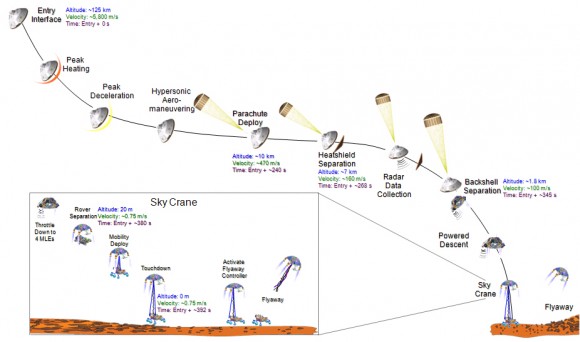 From here you’ll want to know where to watch it all go down live (delayed, of course, but just as live as you’re going to see it without actually being on Mars to watch it.) Our list of feeds can be found in the [NASA Curiosity Livestream post] created earlier this week.

Next have a peek at a collection of NASA promotions of this launch as set up and out over the past few weeks – all the way back to the first announcement of the mission back near the end of 2011! 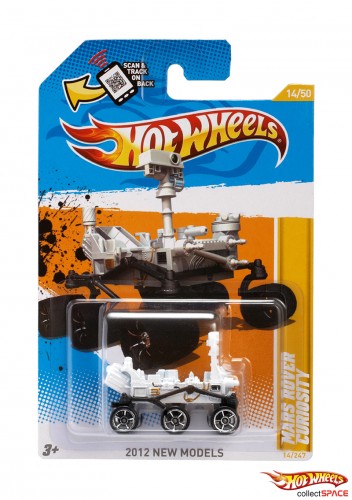 Those of you on non-PC machines will want to take a peek at the Xbox 360 Kinect game that’ll allow you to take part in the landing from your own own. On that note you’ll also want to see the iPad and iPhone apps created by NASA for at-home watchers as well. For collectors of oddities from events such as these, NASA has collaborated with Mattel toys to create a Hot Wheels rover so you can keep this Mars exploration with you on your desk forever. 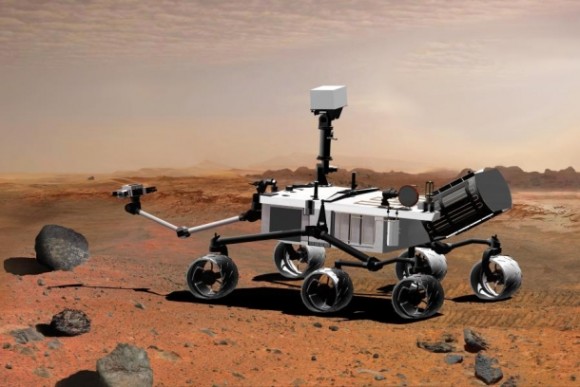 After the launch is complete, you should know that NASA has confirmed that they won’t go to Mars alone when the first manned-mission takes place. And finally, for those of you that want to track this mission all the way back to our first mention of it, head to the posts on the launch, the waiting on the launch pad, and to James Cameron’s involvement in the whole project – hint: it has to do with 3D cameras – imagine that!

Also be sure to stick around here on SlashGear as we continue to cover this historic space mission with features and news bits throughout it’s on-Mars life as well!