Skydio’s self-flying drone is getting Apple Watch control, bringing the key autopilot features of the intelligent flying camera out of the app and to your wrist. Arriving as an update today, the new Apple Watch interface promises to make it even easier than before to operate the Skydio R1 and navigate through its various tracking modes. At the same time, the R1 drone is also arriving in Apple Stores.

Skydio launched the R1 back in February, promising an unseen degree of intelligence in the drone space. Bristling with cameras, the quadcopter can be manually piloted via a smartphone app, but really it’s intended to be used in autonomous mode. That allows person tracking, complex fly-by maneuvers, and more, without demanding operators first put in hours of training. 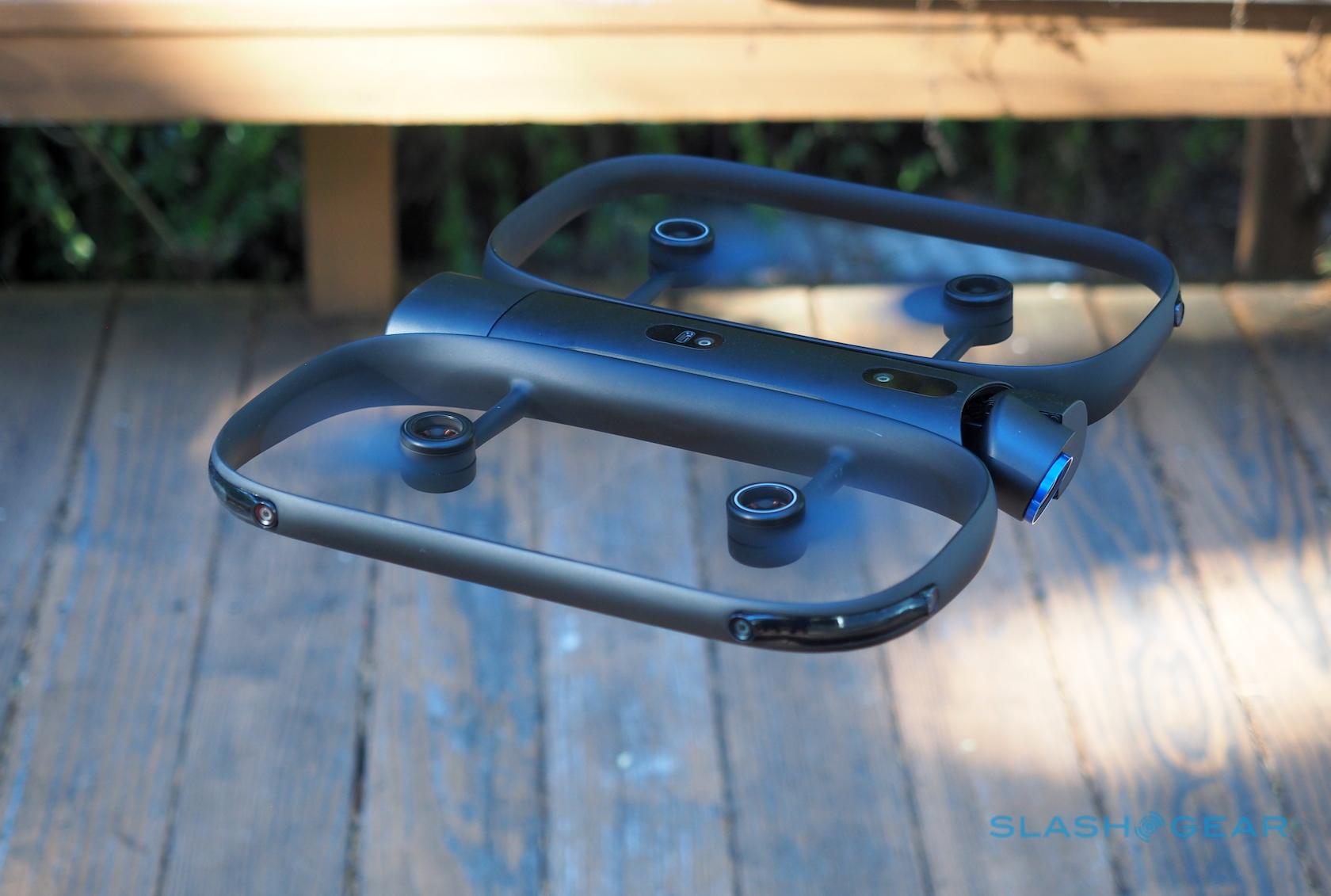 Since then, Skydio has added a variety of cinematic modes, including the ability to have the R1 track and follow a car. It’s presets like that which are being lifted out of the existing app and into Skydio’s first Apple Watch app.

The Apple Watch app isn’t intended to replace the Skydio smartphone interface altogether. That’s still used to launch the drone, change its settings, land it, and transfer video from the R1 afterwards. Instead, the smartwatch interface brings the most common features to your wrist, allowing you to stay in the moment. 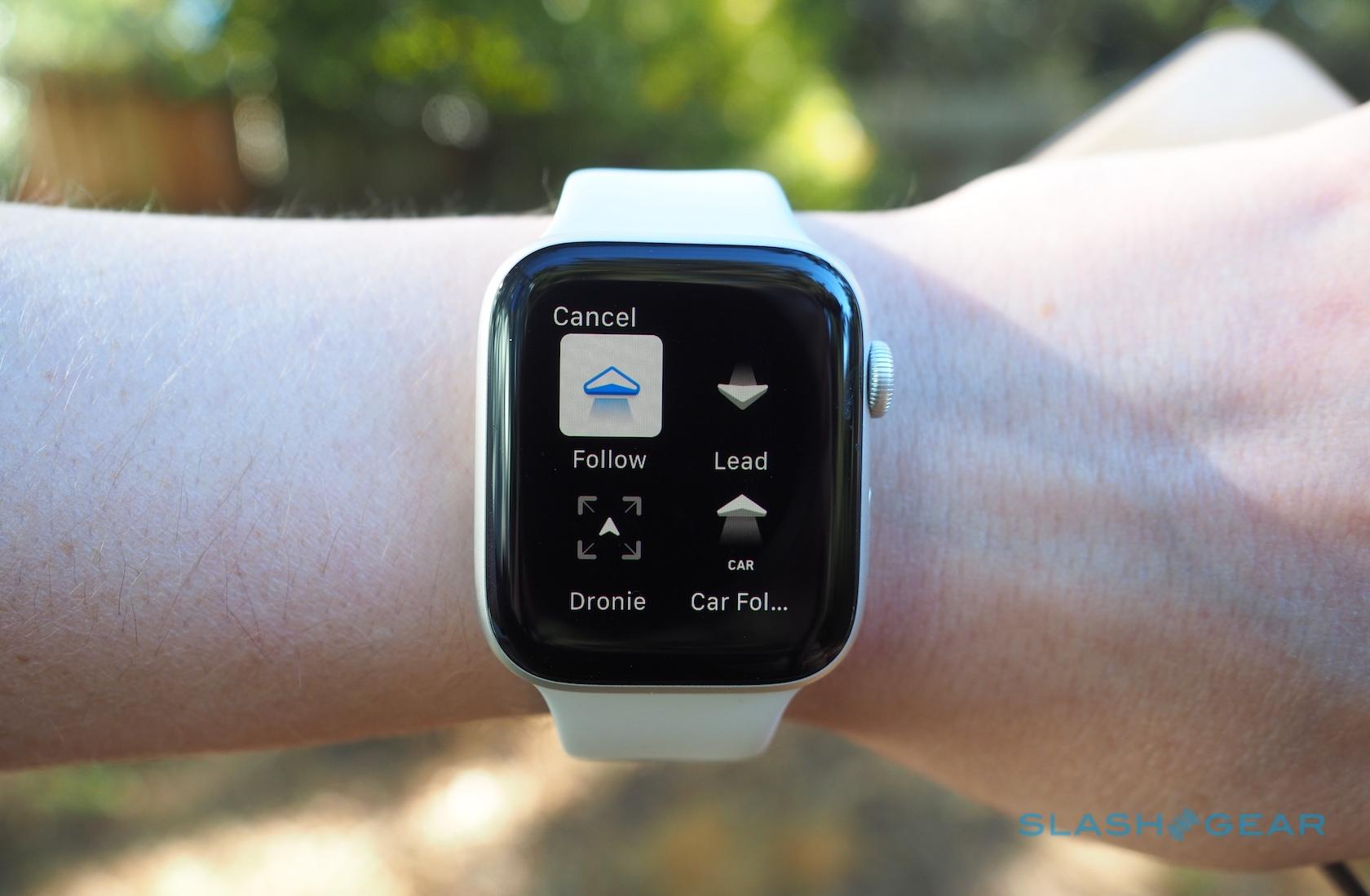 I’ve been testing a beta version for the past week, and it’s been noticeably more convenient having swifter access to the R1’s features. It took me a while to learn to trust Skydio’s AI and relax into allowing the autopilot to do its object-avoidance: watching a $1,999 drone go swinging toward a tree without my hands poised over the controls to rescue it was nerve-racking at first, though the R1 never actually crashed. After you build that trust, though, it’s easy to pull up the Skydio interface on your wrist and quickly tap through the controls. 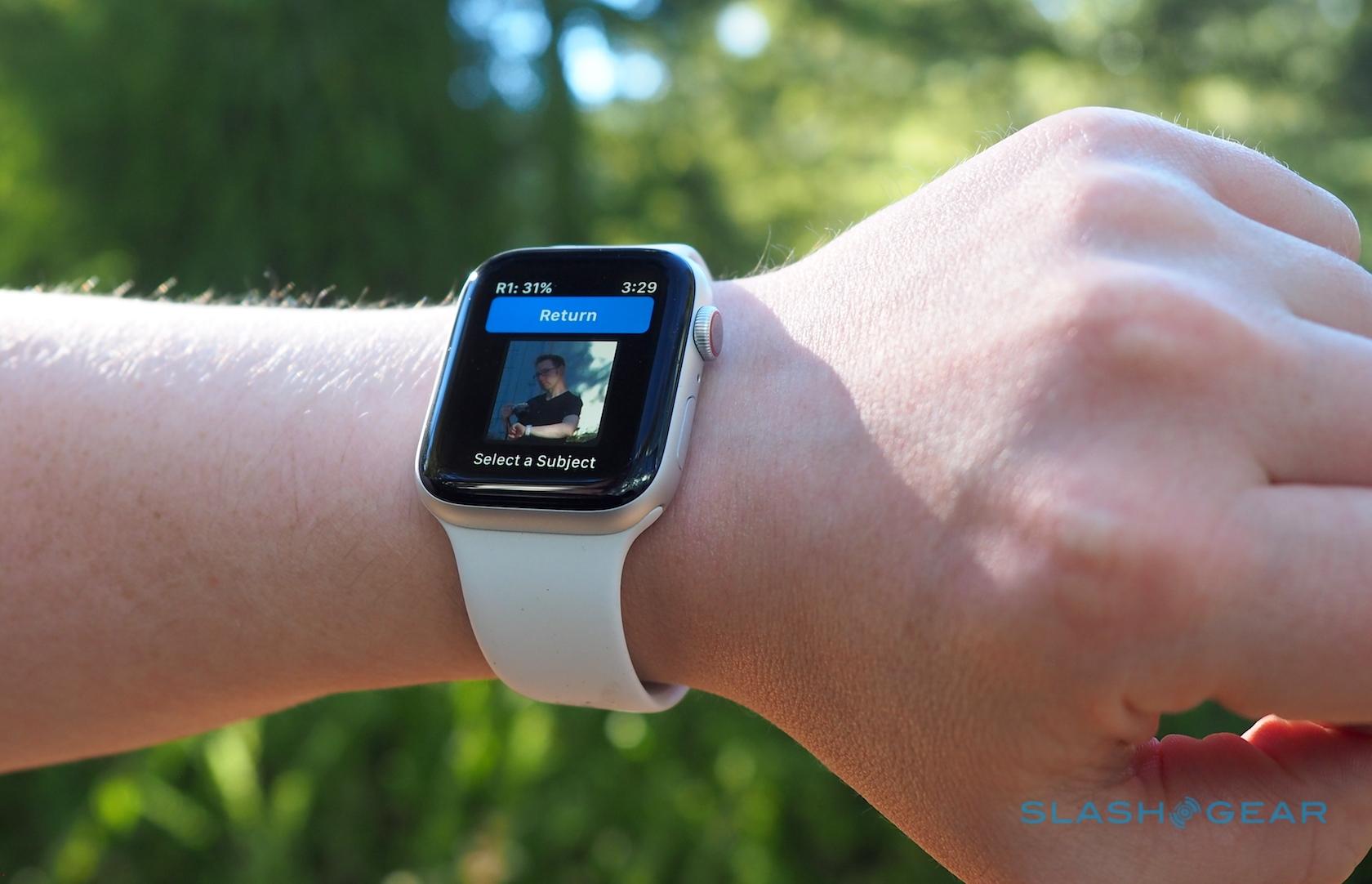 That UI shows thumbnails of everybody the R1’s camera sees, which you can swipe between to select a subject to follow. If the drone isn’t facing in the right way, you can rotate it by turning the Apple Watch’s Digital Crown. The primary menus include Follow, Lead, Drone, Car Follow, Tripod, Side, Rocket, and Boomerang, but there are other cinematic modes in a submenu. 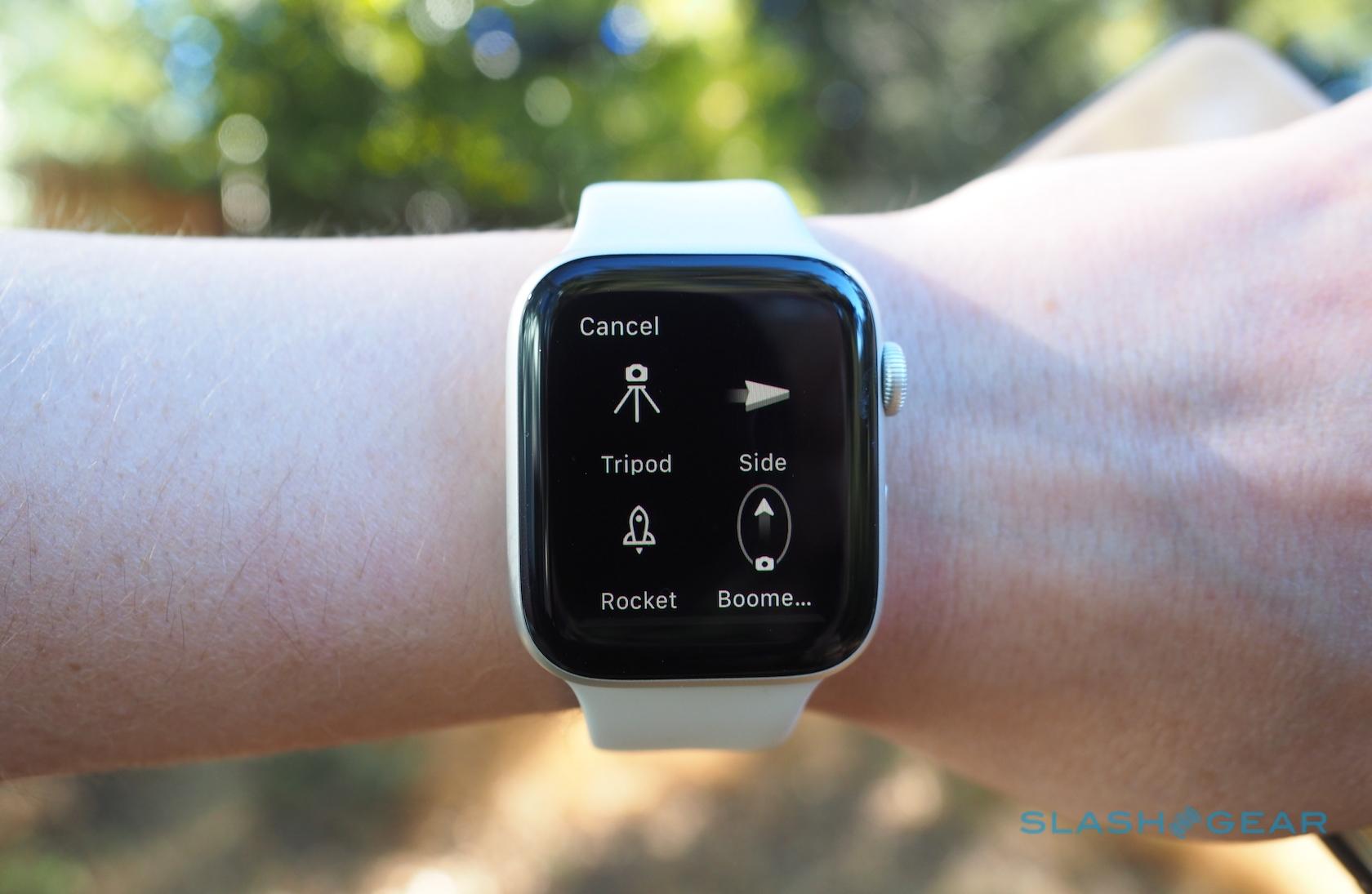 Importantly, the way the R1 operates isn’t changed by adding the Apple Watch controls. In Follow mode, for instance, the drone still uses person-tracking to lock onto a subject: it’s not just following the location of the watch. That means you can control it, and have it follow someone else, even if you’re the person wearing the watch. 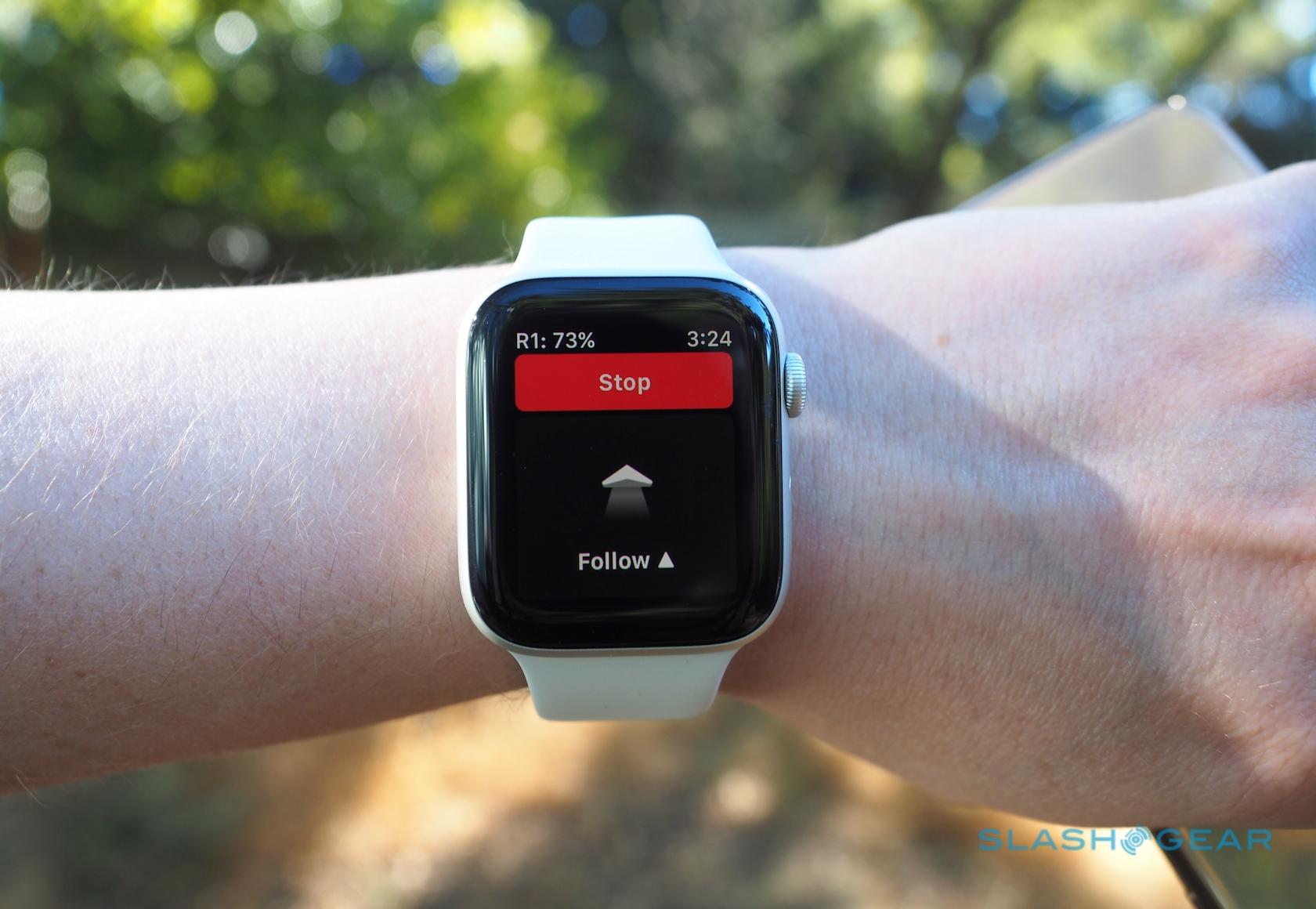 The app also shows the current battery level of the drone, and has a button to bring it back to you. What you can’t do is land it from your wrist: that requires pulling up the smartphone app.

Honestly, initially I wasn’t convinced that the Apple Watch integration would be all that useful. My experience with drones has typically been a very hands-on affair, something the small display of the smartwatch seemed completely at odds with. The combination of exceedingly clever autopilot, however, and the simplistic UI Skydio has built won me over. 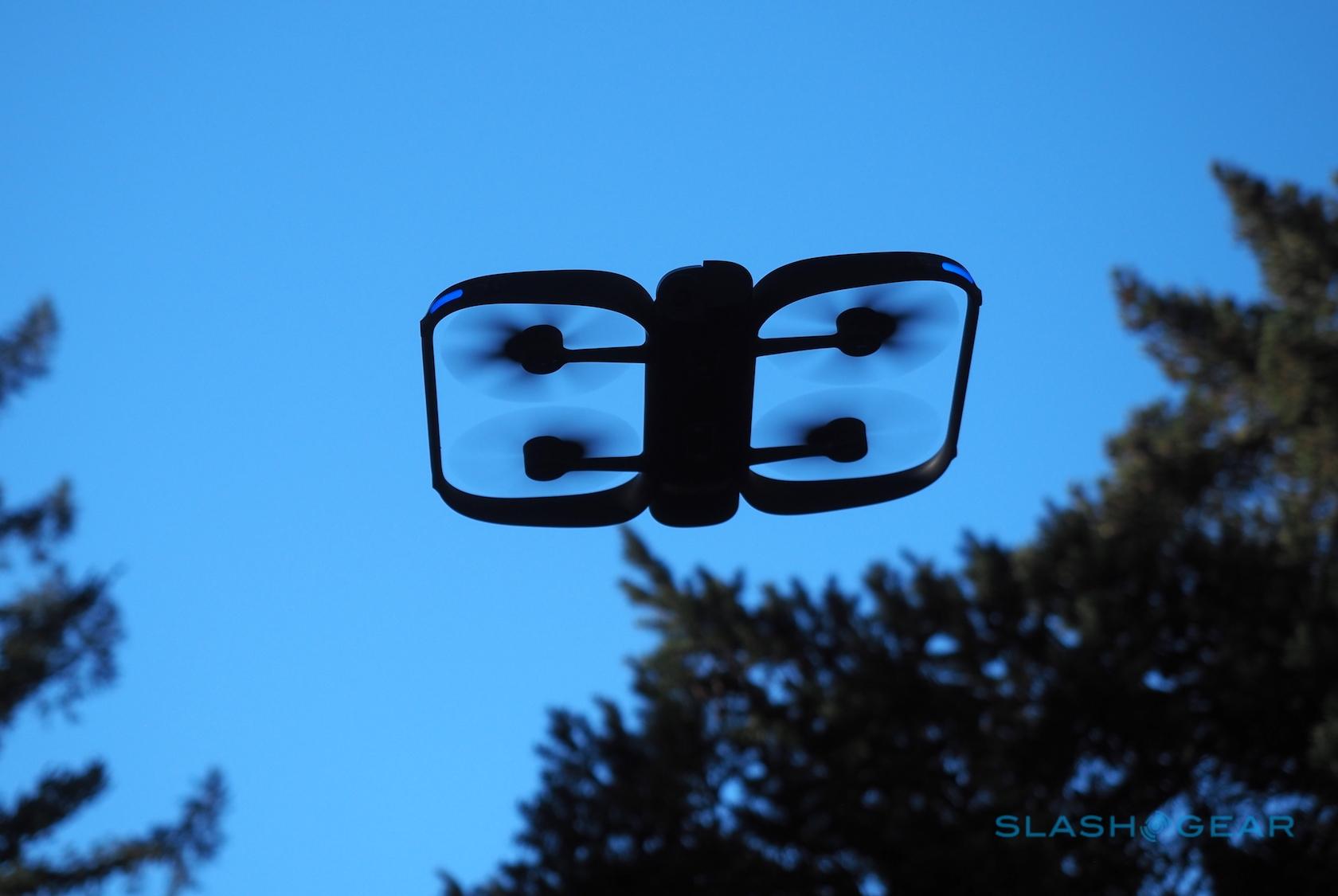 The R1 will now be in a better place to do the same with other would-be flying camera users too, with the news that Skydio is headed into Apple Stores. There it’ll be Apple’s premium drone option, sharing shelf space with the other heavily-curated items the Cupertino firm sells. If you’re already a Skydio owner, you should be getting the Apple Watch app in an update today.