When is a drone not a drone? When it’s an “autonomous flying camera,” at least according to Skydio and its first product, the R1 camera drone. Aiming to bring drone photography to non-professional pilots, it promises to go beyond just the shot presets and basic following skills of models from DJI and others on the market today, borrowing liberally from AI and robotics tech in the process.

Whereas other drone projects start with a manually-controlled aircraft first and then try to offset the pilot with various autonomous features, Skydio claims to have tackled things from the other direction. The Skydio R1 can be manually controlled, it’s true, though there’s no traditional remote controller as you’d get with a rival drone. Instead, it’s done with a smartphone app and on-screen controls. 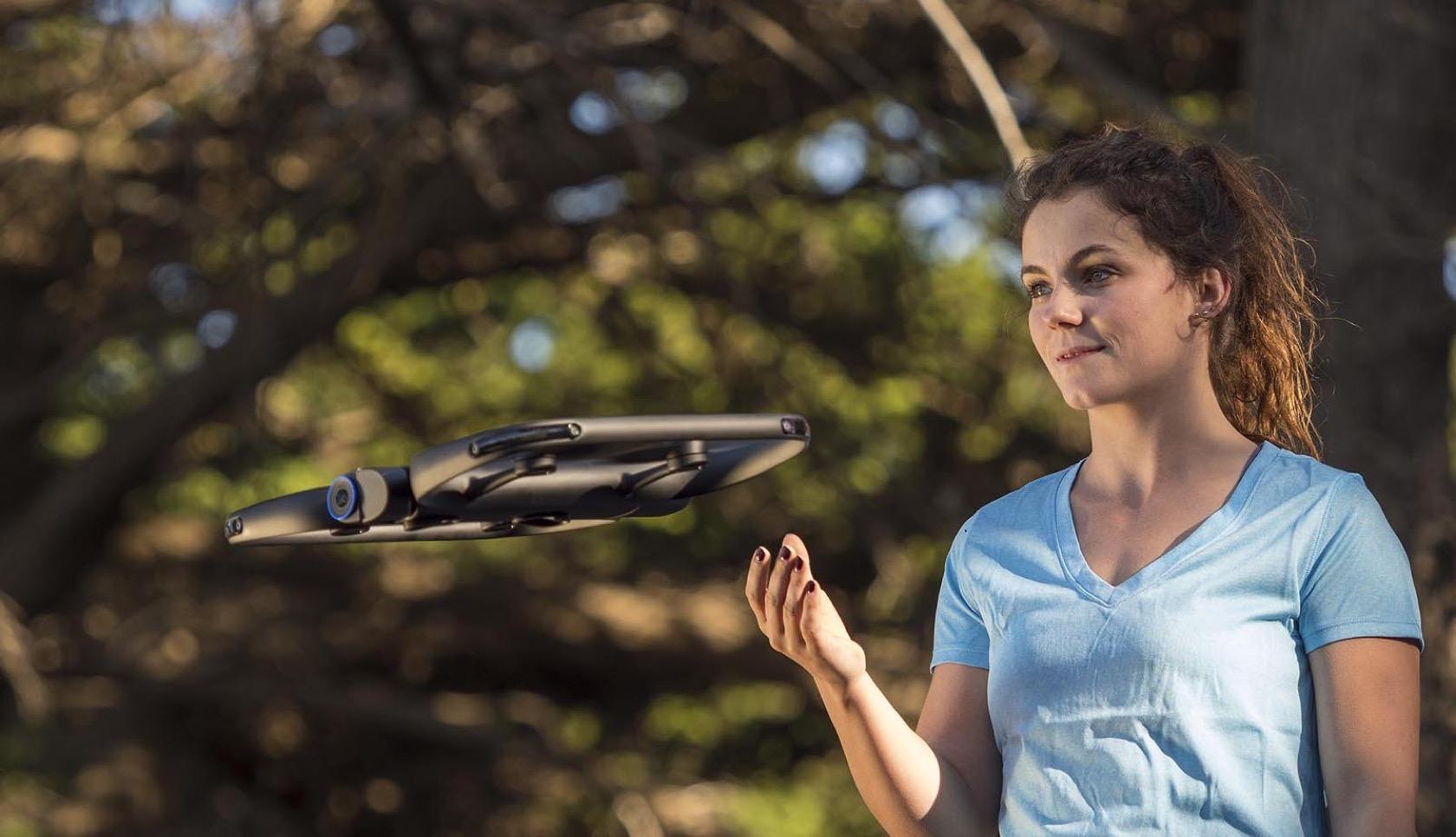 That’s because, really, Skydio is intending users to let the drone fly itself. At the heart is what the company is calling the Skydio Autonomy Engine, an autopilot with real-time vision processing, obstacle avoidance, and movement prediction. Not only is that responsible for deciding how the drone should fly, it’s also considering how it should shoot.

On the front there’s a 4K video camera, mounted on a stabilized 2-axis mechanical gimbal, capable of recording 30fps to the 64 GB of onboard storage with a 150-degree field of view. There are also 1080p/60fps and 30fps modes too. It’s powered by an NVIDAI TX1 GPU, otherwise known as Jetson, which gobbles up a view of the world from the thirteen cameras built into the drone’s frame.

The upshot to all that processing power is ease of use, Skydio says. Getting the R1 drone going is a matter of swiping up in the smartphone app. There are multiple cinematic modes to choose between, including orbiting, side-filming or staying in front of a moving subject, and following them. A “tripod” mode stays still, but still tracks the subject and moves if they get to close, while a “smooth” mode offers a more relaxed version of the follow mode. “Stadium” takes a lofty bird’s eye view of the scene, finally, though Skydio says that other modes will be pushed out through app updates.

The drone itself can fly at up to 25 miles per hour, though isn’t designed – currently – for tracking cars or pets. Neither is it waterproof, though the aluminum and carbon fiber design is intended to slip into a backpack without needing folding. Flight time is 16 minutes from a charge, and Skydio is including two batteries with the R1. 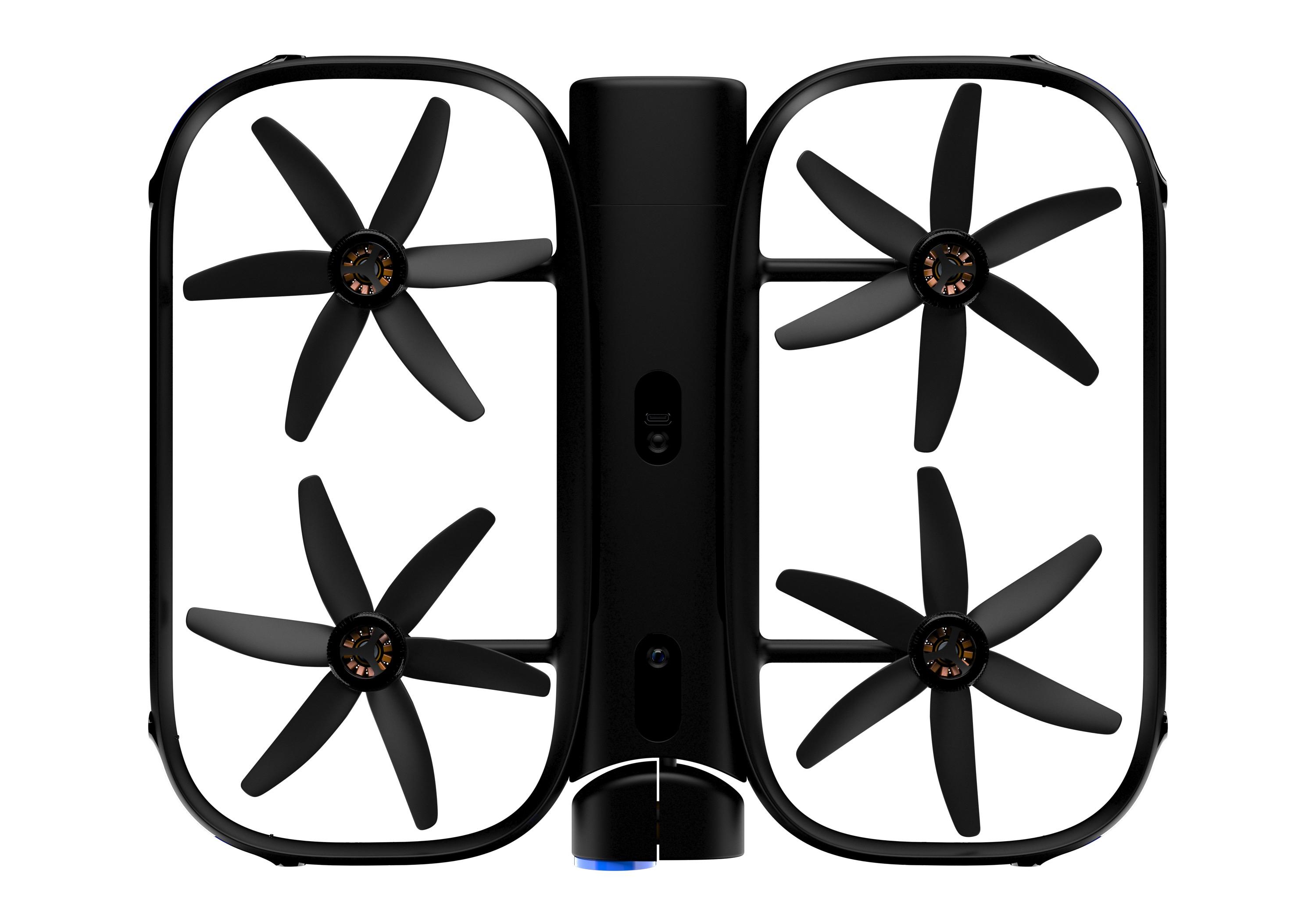 Interestingly, while Skydio is pitching the R1 at creatives and athletes, it also has broader plans in mind. The R1’s hardware and the Skydio Autonomy Engine are designed with third-party apps in mind. While they may not be ready in time for the drone’s initial launch, the goal is clearly to make this a smart platform rather than just a flying camera.

It’s not, of course, the first attempt at such a thing that we’ve seen, though Skydio is undoubtedly hoping for a smoother flight than predecessor projects have managed. Most notorious is probably Lily, which developed a super-simple camera drone with subject-following abilities, took in millions of dollars worth of preorders, and then collapsed spectacularly. The project was rebooted in late 2017, though with a far blander product that struggled to stand out against what DJI and others have been offering.

Skydio doesn’t mention names, but it’s clear the company has thought about such comparisons. “We’re backed by some of the top venture capital firms in silicon valley,” it points out, “and have decided not to announce our product until we were ready to ship it.” That’s a long way from the crowdfunding that Lily and other drones have opted for.