SkreensTV makes Back to the Future II multi-screen a reality

So you’re in the mood to watch more than one TV program at once – you just use your television’s “picture in picture” mode, right? Sure, unless you want more shows than two. Or perhaps you’re in the mood to play a video game while you watch Netflix with a connected iPad through your Apple TV? What if you want to watch three things at once and browse the internet at the same time? There’s SkreensTV for that – a device that will split your TV screen up into pieces.

It’s not a hoverboard. It’s not a flying Delorean. It IS a multi-screen television device. We’re edging in on everything Back to the Future II predicted being right for the world here in 2014 – we’re only one year away from the Future in that second movie in the series, after all. We’ve even almost got the real Nike MAG shoes with power laces! 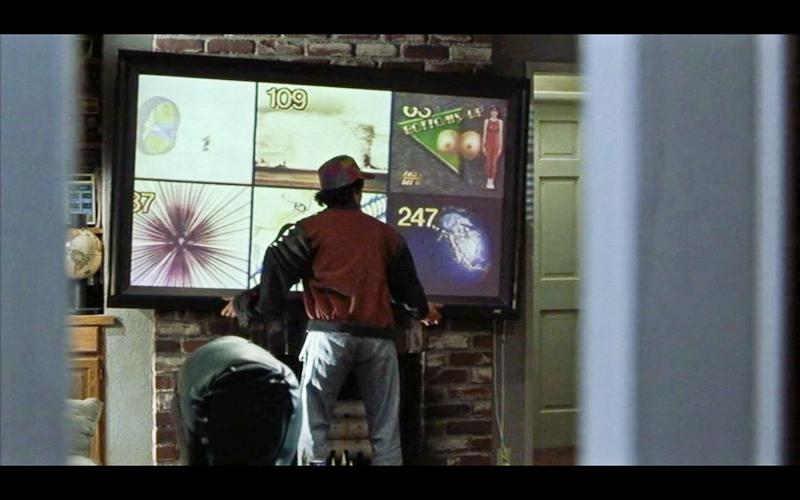 Below you’ll see SkreensTV in action. A father with interest in sports, a mother who loves QVC, a little girl who wants to watch iCarly, and a boy who wants to play Xbox One. How on earth will they ever manage?

My goodness, how could your family have ever sat on the couch before now? Finally, your family can experience togetherness. At last!

And what’s this – you can access more than just your gaming system and set-top box. You can have six different things open at once if you want. Security systems, Roku TV, Chromecast, a web browser, Twitter, DirecTV, Facebook, Cable tv. Whatever you can plug in with an HDMI cable, basically. 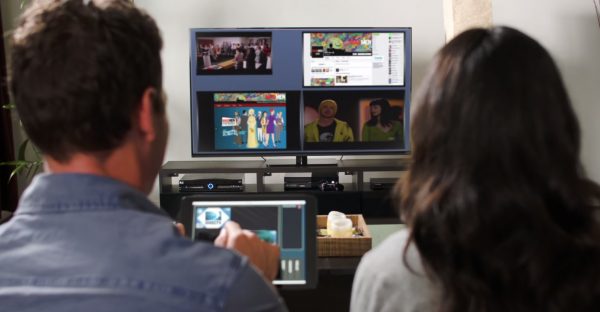 You control the whole setup with an app. Once you have more than one screen running, your tablet will allow you to move and adjust the screens on your TV with a tap.

PlayStation 4 and Xbox One on the same display? Blasphemy! But you can make it happen with SkreensTV. And of course in that case you can listen to your individual system with headphones just so long as you’ve got them connected to your controller. 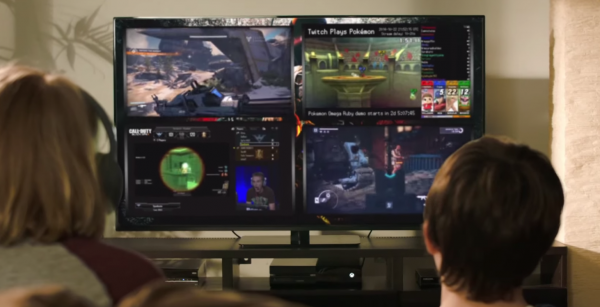 This system is part of an IndeGogo, but doesn’t at the moment seem to be part of the same sort of crowdfunding venture. It has Flexible Funding, which means it doesn’t necessarily have to meet its $200k goal to keep the cash its made during its run.

You can pre-order this device now and it would appear that it doesn’t matter how much of the IndeGogo cost is reached. One SkreensTV unit will cost you $399 USD. That’s with 4GB of internal storage and a “Founders Club Membership” which will allow you to communicate with the rest of the Founders Club community to “shaper SkreensTV and personalize [your] entertainment setup.” Sound like a winner to you?