We’ve had our first look at the beta version of the first person shooter version of SHADOWGUN: DEADZONE, out in beta form on the Google Play app store for Tegra 3 devices exclusively. This game is the multiplayer version of the benchmark-quality shooting game SHADOWGUN that’s been optimized for NVIDIA’s Tegra 3 quad-core processor on the market for some months – now you’ll be able to take your Transformer Prime to the web to shoot em up in real-time! This game is absolutely free – for now – and is available for download right this minute.

This game has a bevy of options including four playable characters, two game modes, and two full maps. These options will expand once the full version of the game is released, but for now it’s time to practice your death skills in a limited fashion. The beta test includes a soldier, mutant, assassin, and a dancer – we’ll leave that last one to you to see for yourself. The two game modes available here at the start are DeathMatch and Zone Control, with the first being a shoot-die-regenerate model with a clock and lots of red.

This release is made specifically for you beta testers out there to try out for free and give lots of feedback to NVIDIA and the creators of the game, Madfinger. With your massive amount of destructive tools on-hand and a perfectly playable iteration out right this second, you’ll have to stop yourself every once in a while and write down your thoughts – you’ll get lost in the destruction if you don’t. 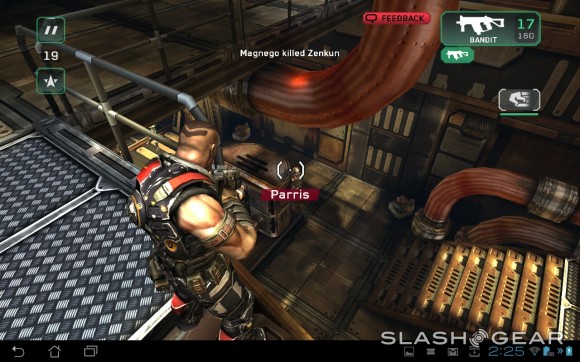 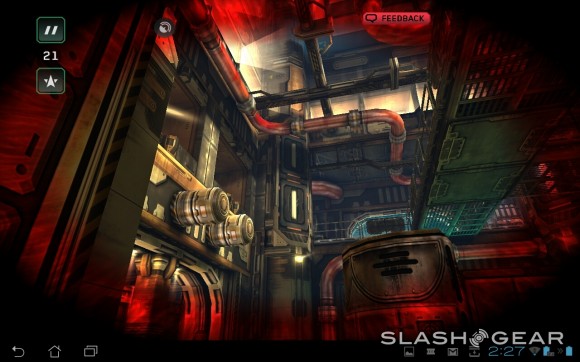 Your feedback can be sent in-game with the Feedback button – make it so! This game will be out in full rather soon, so you’d better get your practice time in right this minute. You can find yours truly in the game at username “Burnsy” – let’s have a round or two! You can download the game now – again, for free – on the [Google Play app store]. Go for it!