Self-driving cars like Google’s distinctive little pods may not need us to drive them any more, but that just means we’ll need a new way of communicating with them if we don’t want to be run over in the street. That’s the conclusion of new research led by Mercedes-Benz, which is working with robotics experts and linguists on ways that autonomous vehicles and pedestrians – or would-be passengers – might be able to talk with gestures and more.

Although self-driving vehicle research has so far focused on replacing the person behind the steering wheel, equally important is how it replaces the verbal and non-verbal methods of communication between driver and those around, Mercedes argues. For instance, drivers often “wave” pedestrians over the road, while people waiting to be picked up point to a space near the sidewalk where they want the car to pull over.

Vehicle-to-vehicle communication is already being developed, which will allow swarms of autonomous cars to report their locations to each other, share details on upcoming traffic jams and accidents, and even hunt down better deals at gas stations. Now, Mercedes-Benz and Ars Electronica Futurelab have been running quadcopter trials to see how motion-tracking or other systems could translate gestures from pedestrians to something smart cars might understand. 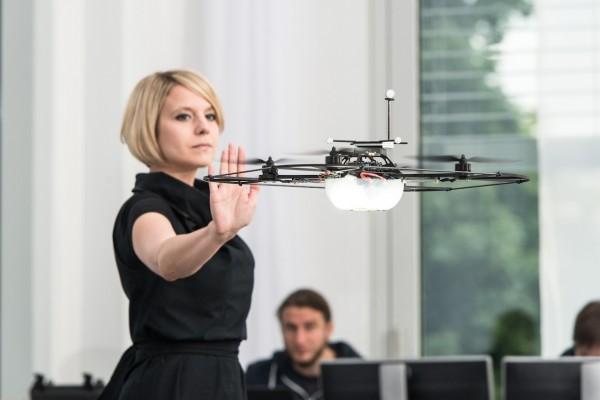 For instance, one trial used a quadcopter which could interpret and react to gestures for hailing, stopping, and steering. An alternative system used a “haptic control object” to do the same, which might one day be embedded in a key fob or similar.

Still undecided is whether it’ll be easier for humans to learn a “robot language” or vice-versa, or if some hybrid of the two is more appropriate. Differences in localized gestures could also present a hurdle, not to mention accommodating disabilities. 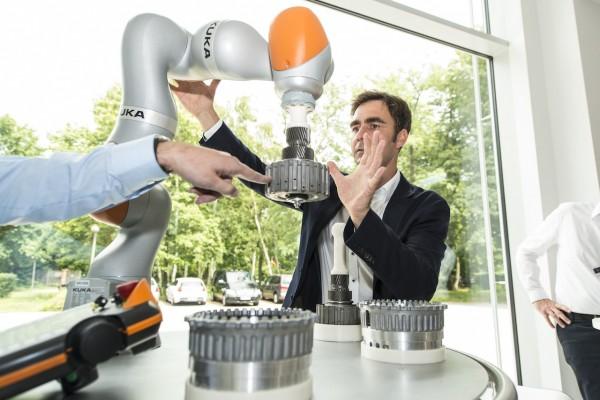 Also yet to be figured out is the extent of how humans and cars might wish to talk, as well as figuring out which person an autonomous vehicle is communicating with, and whether ostensibly similar gestures mean “move on” or “stay back.”

Similarly, how much of the car’s safety awareness should be relayed to pedestrians around it also needs deciding. For instance, a vehicle might flag up another approaching if it spots someone trying to cross the road, but it’s unclear what methods might be used to actually translate that. 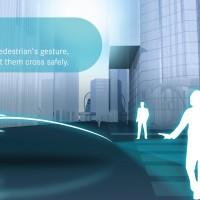 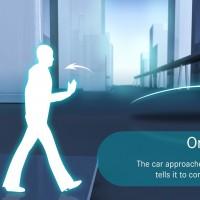 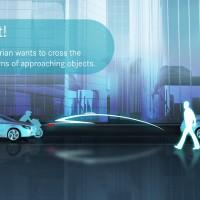 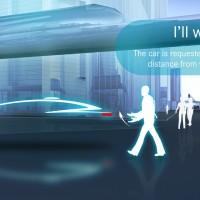 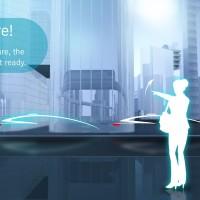 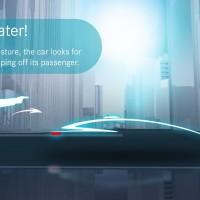