AI and drones give farmers an edge as SeeTree takes off

The smart farmer may want to park a drone next to their tractor, with startup SeeTree promising to use AI and sensor-packed UAVs to bring big data to agriculture. Hovering out of stealth mode today, SeeTree is promising to make a new “intelligence network” for trees, as a way to squeeze more efficiency out of food production.

Using drones to monitor agriculture isn’t new. Alphabet’s X division confirmed last year that it was exploring the possibility, while drone-makers like DJI already have versions intended for commercial use such as on farms. Actually getting a bird’s eye view is arguably the simple part of the challenge, however. 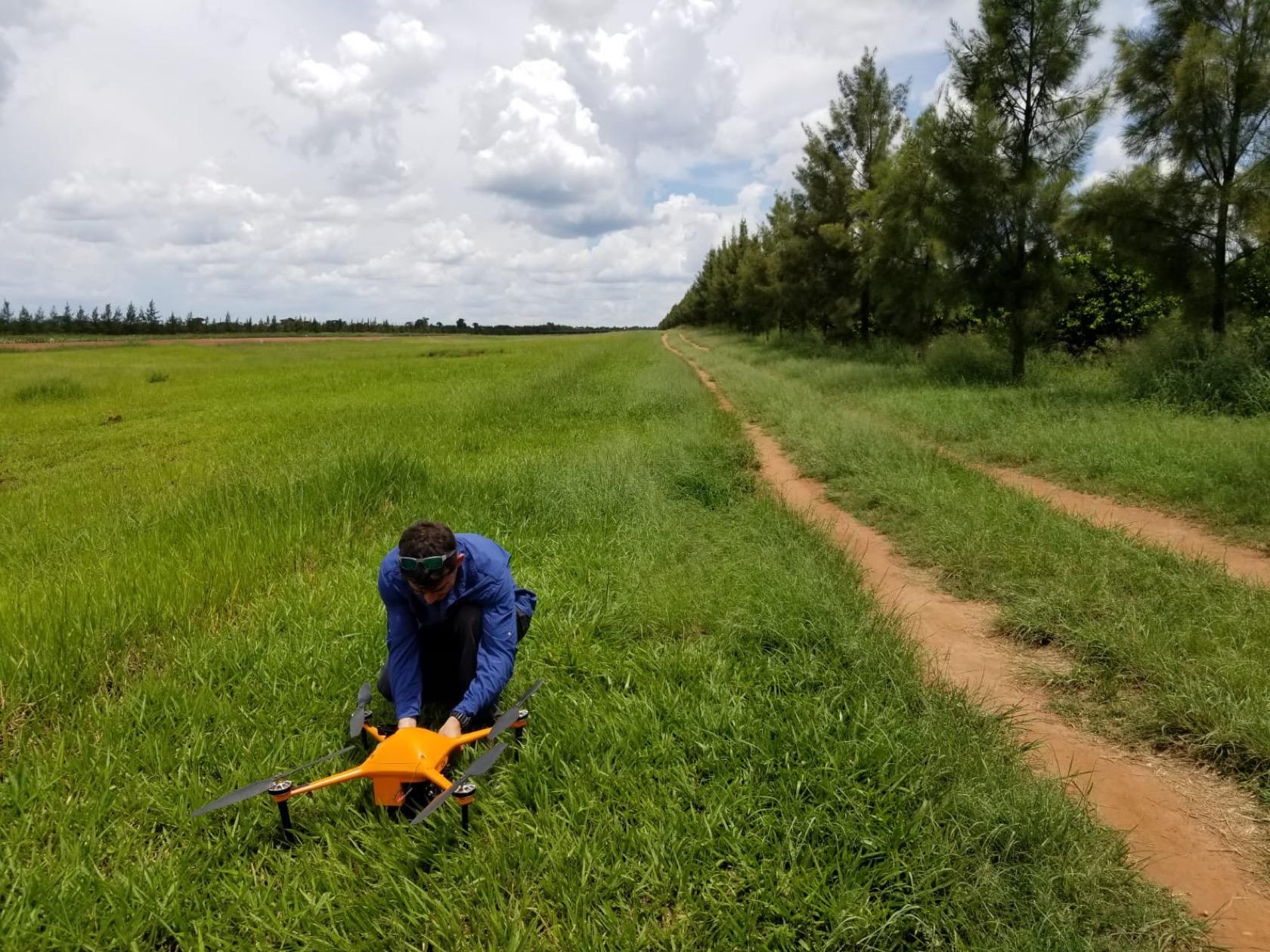 Once you’ve got all that data, you need to understand it. Unlike, say, factory equipment which can be relatively easily connected to the Internet of Things for performance logging and such, trees aren’t so compatible with WiFi and Bluetooth.

That’s where SeeTree comes in. It combines multi-dimensional sensor data from drones with ground sensors and human testers measuring things like soil acidity, light levels, and other growing-related metrics. That data is fed into an AI-powered “agronomic intelligence service” that figures out the health of the farm both on a macro and micro level.

The AI can calculate a yield-per-tree map, for example, from which growers could calculate how valuable it might be to replace trees or selectively thin them out. Different harvest schedules could be calculated, based on the variation in sizes of fruit and how far through the growth development they are. SeeTree says the technology could also give a useful early insight into possible health issues. 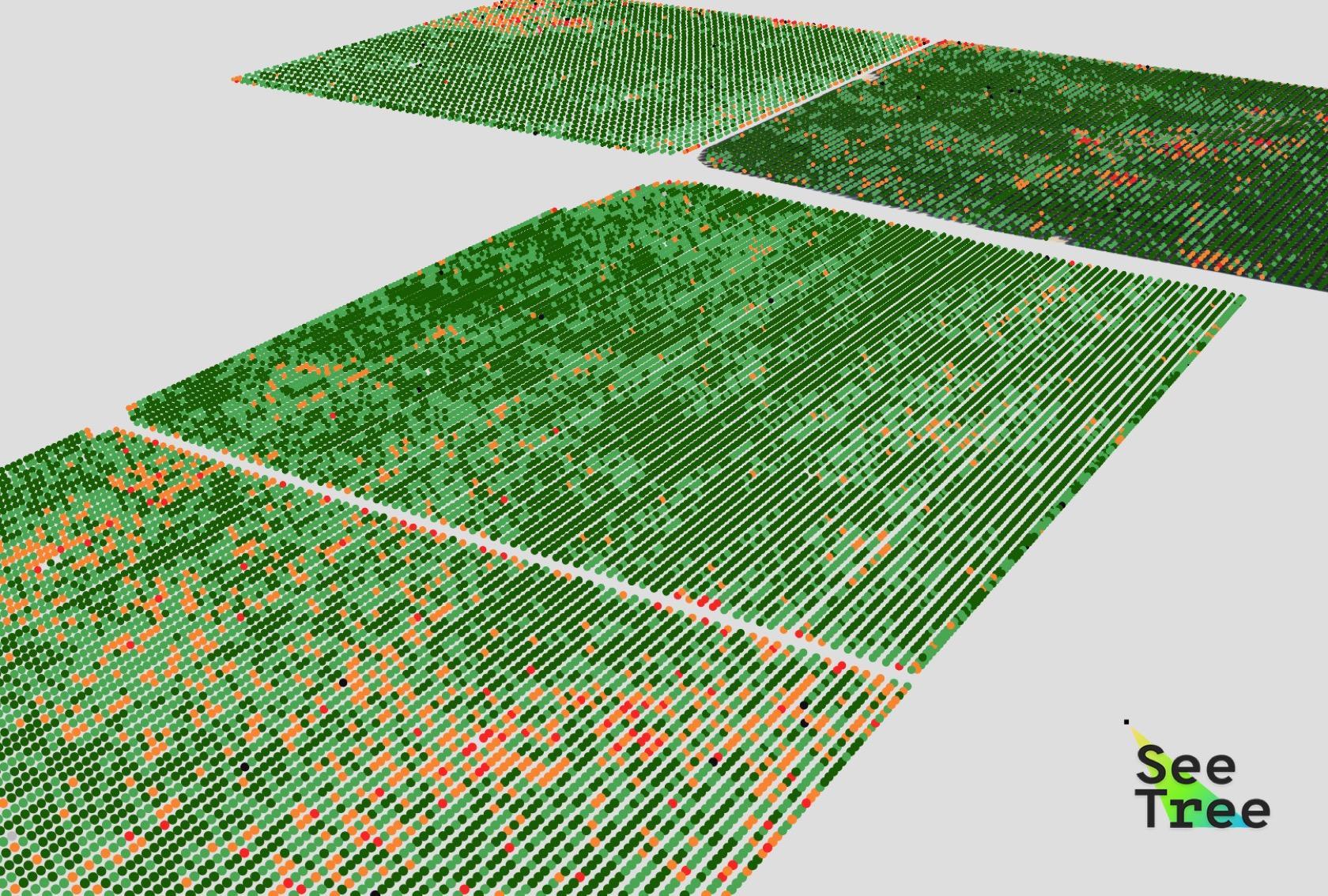 In early trials in Brazil with citrus growers, the company says, it helped with early identification of the spread of HLB disease, also known as “citrus greening.” With SeeTree’s AI, potentially infected trees could be pinpointed sooner and the area treated with pesticides, thus reducing the risk that the disease would spread to nearby healthy trees.

“We saw that even in small areas, the performance of trees can vary due to many different factors, like the variation in soil properties, topography, irrigation infrastructure, tree genetics, pests and diseases, and historical conditions of each tree,” Israel Talpaz, CEO of SeeTree, said of the company’s first phase trials. “We uncovered many examples of clusters of problematic trees within what originally appeared to be a decent-looking grove. There were also numerous instances of strong trees neighboring weak trees.” 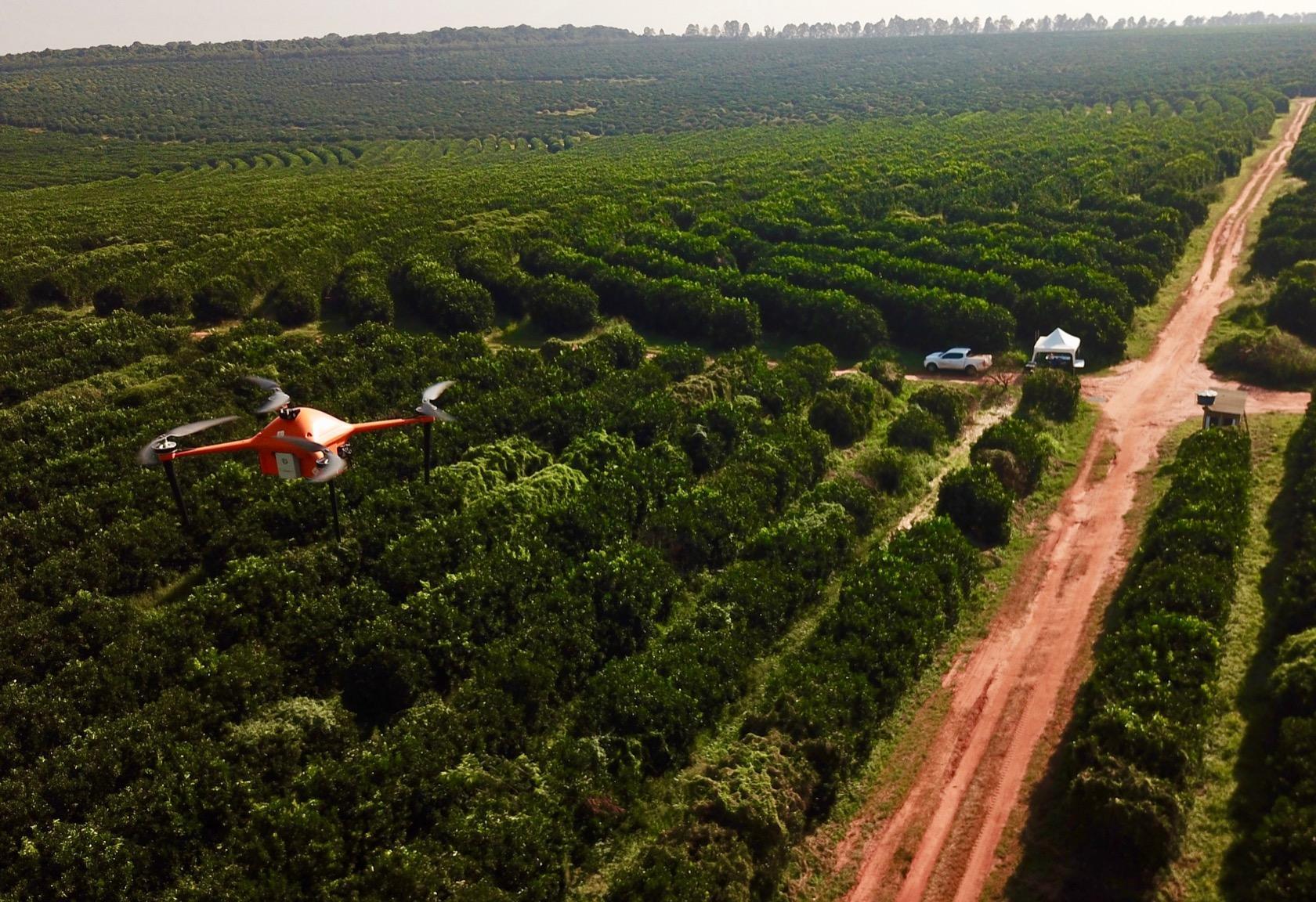 Armed with those insights, farms can do more targeted work to maximize returns. That could mean adjusting how irrigation is balanced across a farm, or understanding how different soil conditions might need different applications of fertilizer and other treatment.

SeeTree just clinched a $15m funding round, and will be spending that on scaling its drone technology and perfecting the overall system. The goal, it says, is to demonstrate that its combination of sensors and drones – along with human experts – is better able to scale for larger growers on percent farms. The next time you see a drone soaring over a field, it might well be counting trees, not just taking photos of them.