Scientists have discovered 83 supermassive black holes nearly as old as the known universe. These black holes in this study were identified by their luminosity – the red dots of light in the image at the head of this article. Each of these dots is a super bright, super luminous active nucleus of energy, forming a supermassive black hole. Gas accretes onto the center, light blasts out.

The team responsible for the reports released this week worked with three major telescopes. Those telescopes were the Subaru Telescope; the Gemini South Telescope in Chile; and the Gran Telescopio Canarias on La Palma in the Canary Islands, Spain. They observed candidates for potential black hole activity using data obtained with the HSC.

The HSC is short for the name for what’s easily the most awesomely-named space research camera in the world. That is the “Hyper Suprime-Cam” (HSC), part of the Subaru Telescope of the National Astronomical Observatory of Japan.

Below you’ll see an artist’s impression of a supermassive black hole – a quasar, with massive amounts of luminosity and energy emitting from its center. This image is courtesy of Yoshiki Matsuoka. 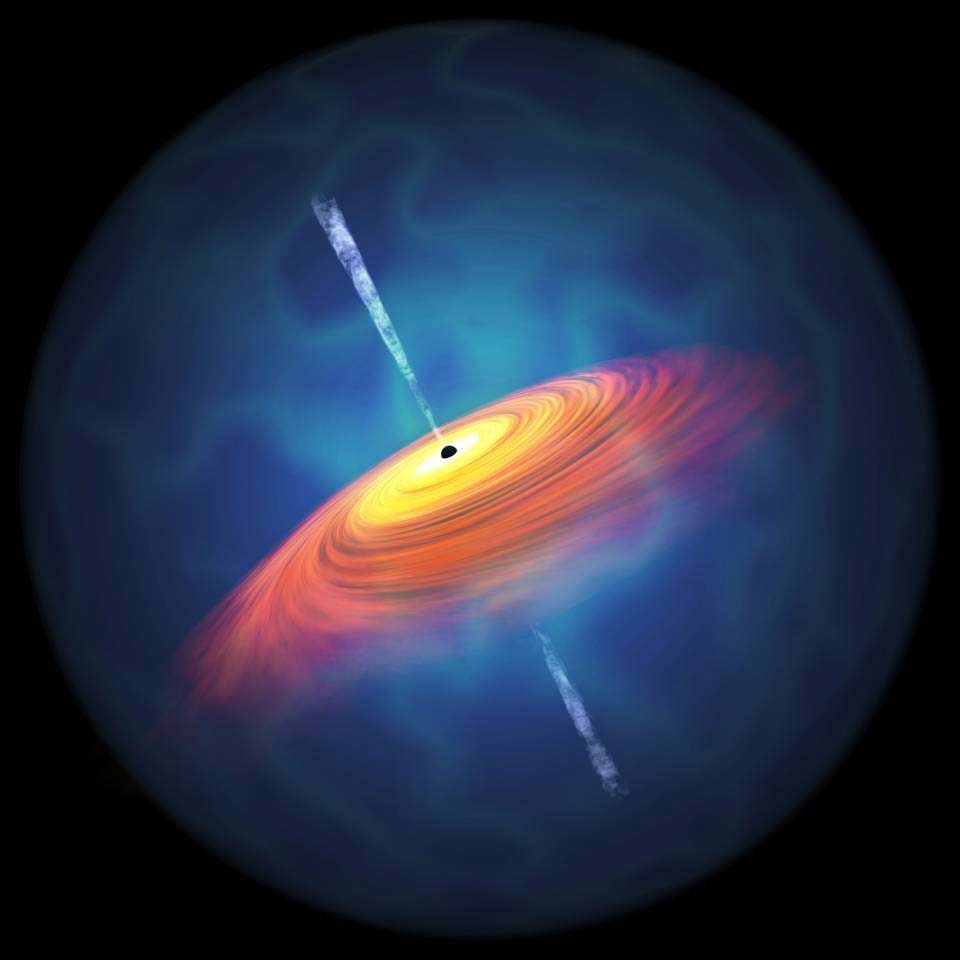 More information on this subject can be found in a series of 5 papers published in The Astrophysical Journal and the Publications of the Astronomical Observatory of Japan. I recommend you begin with “Subaru High-z Exploration of Low-luminosity Quasars (SHELLQs). V. Quasar Luminosity Function and Contribution to Cosmic Reionization at z = 6” and work your way through the list provided by Princeton this week.