This black hole Stephen Hawking coin is bonkers. The United Kingdom’s Royal Mint just started a collection of real-deal coins that’ll be able to be used in the wild – but you’ll far more likely be keeping in your private collection. The collection is centered on British Science, and if Stephen Hawking’s black hole coin is any indication, it’s about to get wacky in here.

The coin illustrates the concept of a black hole. Hawking didn’t discover the existence of black holes on his own, but he DID discover that black holes are not entirely. black. He called this theory “Hawking Radiation,” describing black holes as emitting radiation, thusly evaporating and disappearing over time.

The design of this coin is radical. It’s an optical illusion with rings that make the coin appear to spill unto itself. The designer of the coin goes by the name Edwina Ellis. “Stephen Hawking made difficult subjects accessible, engaging and relatable and this is what I wanted to portray in my design, which is inspired by a lecture he gave in Chile in 2008.” 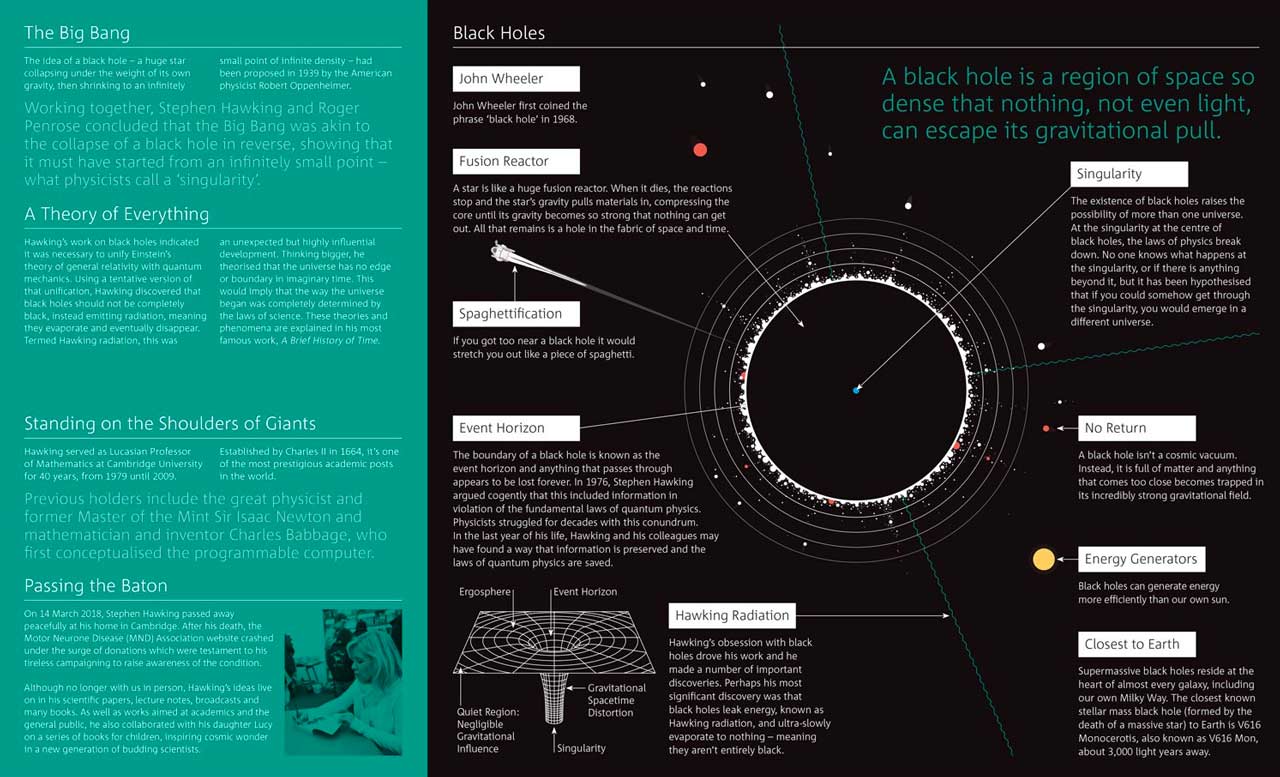 “Hawking, at his playful best, invites the audience to contemplate peering into a black hole before diving in,” said Ellis. “I wanted to fit a big black hole on the tiny coin and wish he was still here chortling at the thought.”

While this is the first of a series of new coins, Hawking is already in good company. UK coins also already honor Sir Isaac Newton and Charles Darwin, two epic historical scientific figures beside which Hawking is currently buried at Westminster Abbey.

Daughter and Son of Stephen Hawking, Lucy and Tim Hawking, struck the new coin at the The Royal Mint this month. OF NOTE: This coin is only being issued as a commemorative edition, so wont LIKELY appear in your change in the UK, but COULD, maybe, if someone was either a crazy person or just very unlucky. 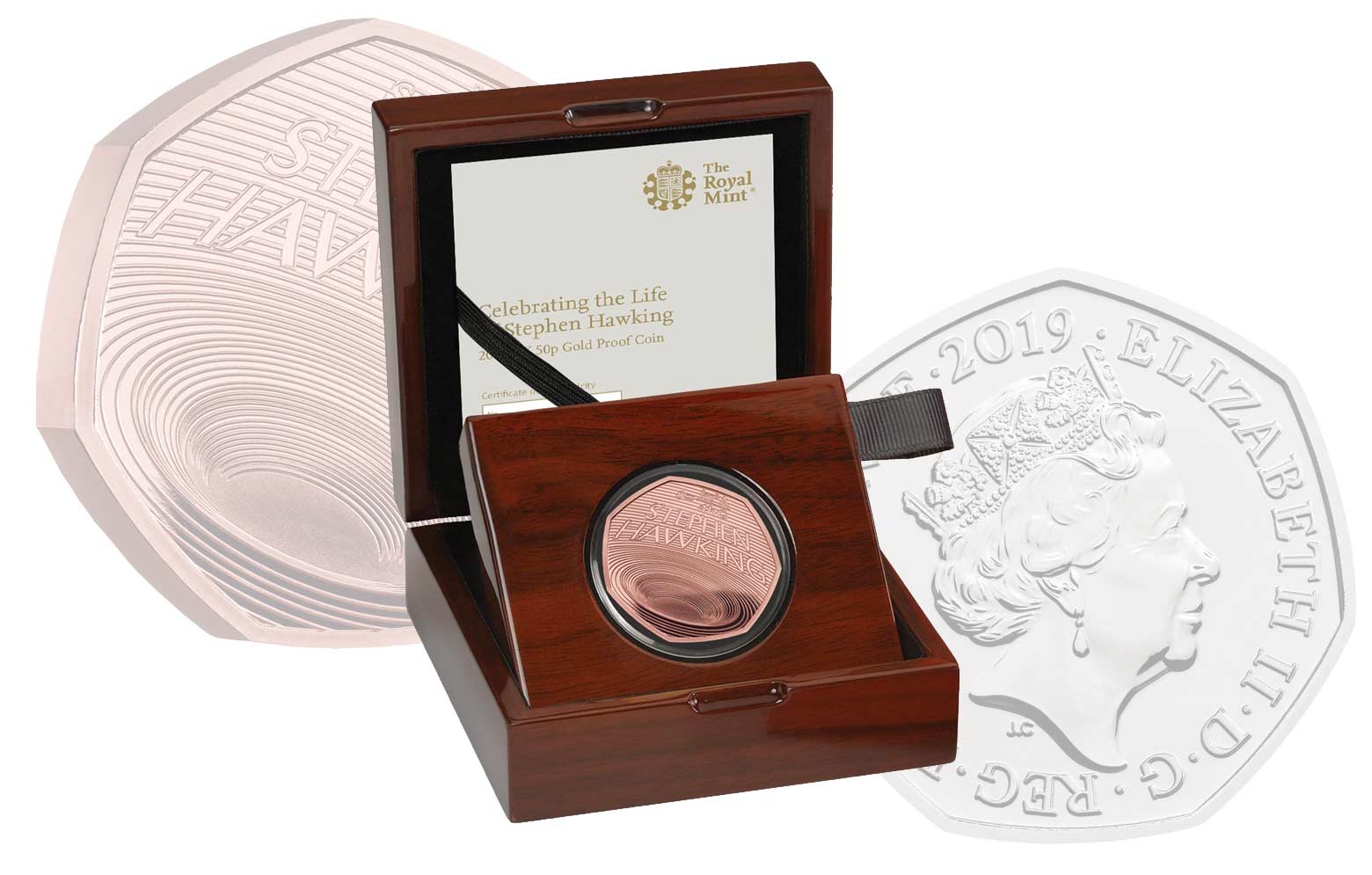 The only reason you’re going to want to turn away from this particular piece of history is the cost. It’s a 50p coin – that, on its own, is worth around 66-cents (USD). If you’re amenable to purchasing a “collectors item” coin that costs several times its non-special value, you might be willing to pay the 10 GBP this coin will cost. If you live outside the UK, good luck!