Samsung’s not giving up on VR: Gear VR GS6 hands-on

I honestly didn’t think I’d have to mess up my charming, hobo-like mess of hair so often at MWC 2015, but Samsung wasn’t going to let me get away without trying the new Gear VR for the Galaxy S6. An updated version of last year’s Gear VR for the Galaxy Note, the new model keeps the same basic principle – your smartphone screen, when docked up-front, becomes a stereoscopic display – but updates it to suit the new Galaxy S6 and S6 edge Samsung announced on Sunday. Thing is, having already been wowed by the HTC Vive, can Samsung’s altogether more straightforward headset compete?

Of course, the reality is that they’re not explicitly meant to, and in fact they approach virtual reality from a slightly different – though fundamental – way. 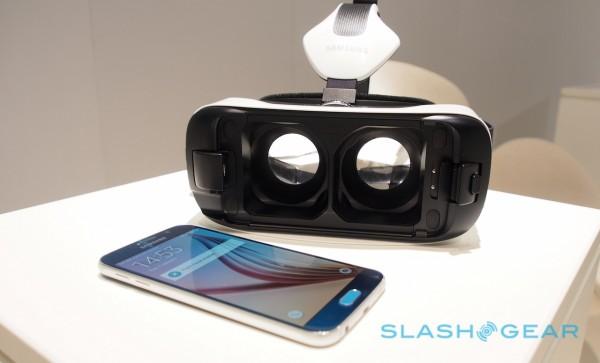 Before that, though, the specs. Smaller – by around 15-percent – than the original, it has new straps and cutaways to let some of your head-heat escape as well as keeping the various sensors inside cool during extended use.

Those sensors include an accelerometer, gyroscope, and a proximity sensor just on the inside, next to the right-hand lens. Your Galaxy S6 or Galaxy S6 edge docks in the front; Samsung has dropped the plastic window of the first Gear VR, and instead there’s a simple latch and hinged docking clip with a microUSB plug inside. 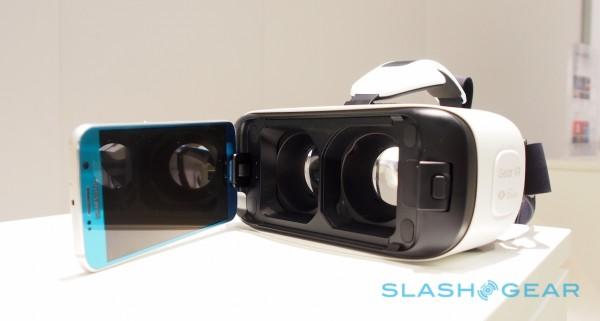 Snapping the phone in takes a couple of seconds, and removing it is similarly straightforward. You still get access to the headphone jack, and of course the camera is left pointing forward, but control is courtesy of a touchpad, volume rocker, and back button on the side.

I was more curious about a control up-top, however, the adjustment wheel for the lenses. Since I’m short-sighted, I either have to wear my glasses while trying out headsets like the Gear VR – as I did when testing the HTC Vive – or rely on their potential for integrated adjustment. 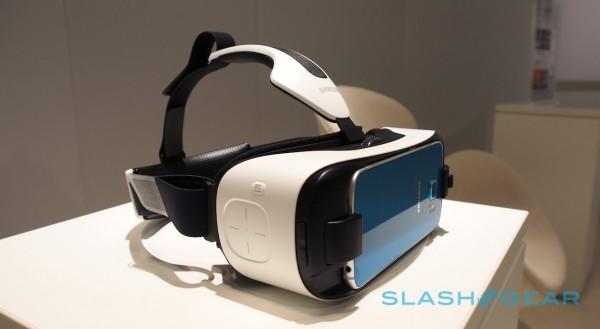 Unfortunately, while some I spoke to said that Samsung’s range of focus tweaking was enough to deal with their short or long-sightedness, it wasn’t quite enough to deal with my own combination of short-sight and a slight astigmatism. Wearing glasses, meanwhile, simply wasn’t an option given the fit of the headset.

It’s a shame, because both the visual quality and the comfort levels have improved with this second-gen version. For a start, it’s altogether lighter and less bulky – the fact that you’re dealing with a lighter smartphone helps there. I didn’t get hot or uncomfortable while wearing it, unlike the original model. 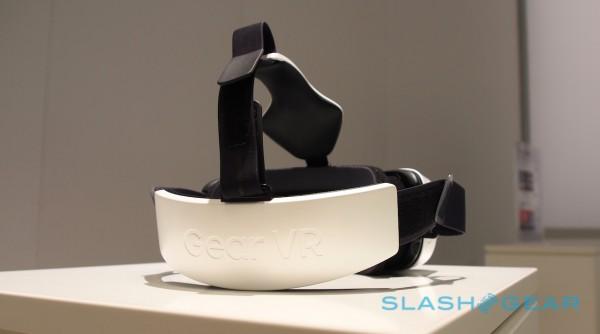 Meanwhile, though the Galaxy S6’s display may be, at 5.1-inches, smaller than that of the Note 4, that means it’s more pixel-dense. You still get 1440p resolution by the time the QHD is split between two eyes, but it’s smoother, with fewer jagged edges and less screen-door effect.

During a 360-degree panoramic video, in which I was able to look around the scene as I raced over a landscape dotted with running horses – Samsung’s demo expert told me “don’t be scared” when looking up and seeing the helicopter hovering above me that the original camera was slung from – the tracking kept up perfectly with my head movements. 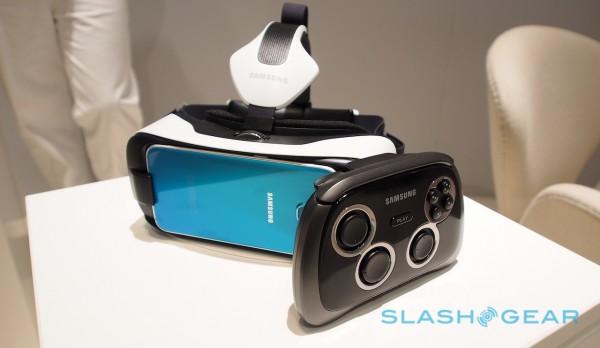 It’s not really fair to compare the Gear VR and HTC Vive directly. HTC’s system, built in association with Steam, turns your room into a full virtual reality arena, complete with incredible precise tracking. Samsung’s system does have some movement tracking, of course, but it’s designed more for turning your head not walking around; similarly, its Bluetooth gamepad – which will also work with the GS6 clamped in alone – is a lot more basic than HTC’s motion-tracked VR controllers.

That’ll likely be communicated in pricing. Neither company has said how much each will cost, though given the original Gear VR was a $199 accessory – and relies on a phone for the processing and display essentials – it’s almost certainly going to be cheaper than HTC can produce Vive. It’s also more portable: you can throw Gear VR into a (fairly capacious) bag, whereas Vive needs lasers mounted in your room and a wired connection to a PC. 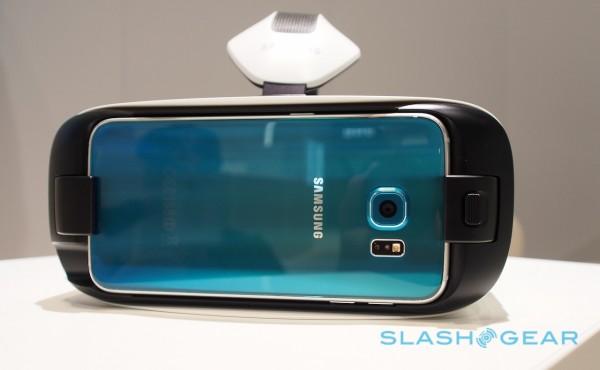 I didn’t have quite the same “I must have this” feeling when I left Samsung as when I walked away from my HTC demo. Whereas Vive feels like a game-changer in virtual reality, Gear VR feels more like a neat entertainment accessory.

That, mind, is just how Samsung is pitching it, and the South Koreans – with their Oculus partners – do have a head-start on content. And, as we’ve seen so many times before, you can have the smartest hardware in the world, but content is inevitably king.

For more on the Galaxy S6 and Galaxy S6 edge, check out our full hands-on from Mobile World Congress. 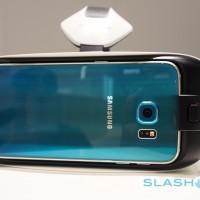 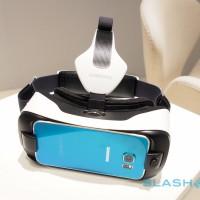 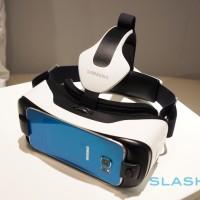 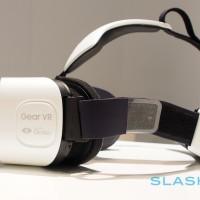 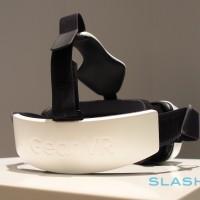 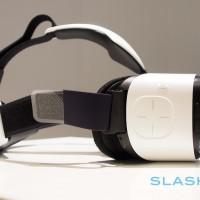 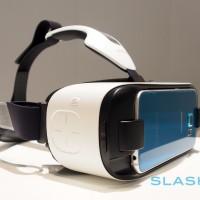 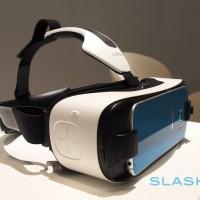 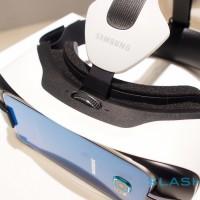 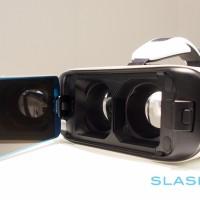 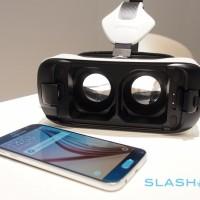 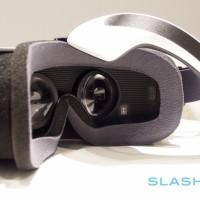 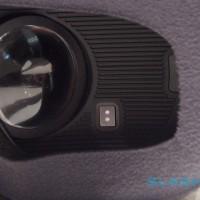 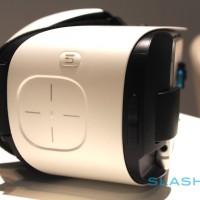 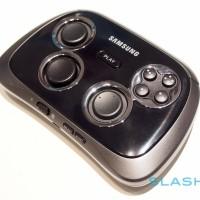 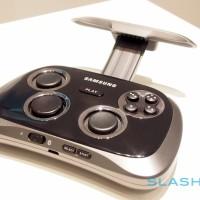 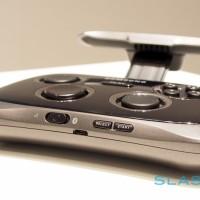 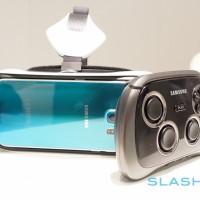 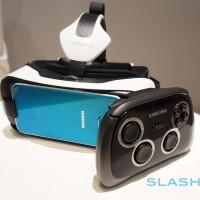