It seems that Samsung is getting back on track when it comes to its fantastical display ambitions. Once known for its obsession for foldable and bendable displays, Samsung is once again the subject of rumors of equally fantastical devices of the future. A recent patent granted to its by the Korean Intellectual Property Office reveals just how much the Korean OEM has thought about the topic. This latest shows a tablet that can fold in three parts to become what could very well be a phablet.

That is, no doubt, what geek dreams are made of. A phone that can be both phone and tablet, relieving you of having to carry both at the same time. Maybe even thrown in a keyboard and you’ve got a laptop that fits in your pocket. Samsung’s obsession with that idea is well noted in the history of the industry and its patent portfolio is probably filled to the brim. It is, however, probably closer to that dream than ever before.

In this patent, the whole device is segmented into three parts, with the two outer panels folding in opposite directions. This way, one side of the folded contraption will have the camera facing outwards, while the opposite side will have the display. One side even shows a bit of the display ala the Galaxy Note Edge. 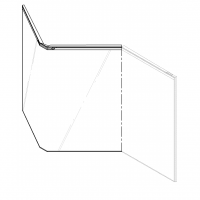 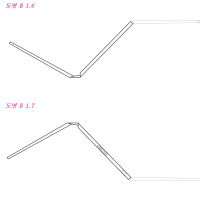 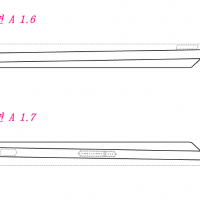 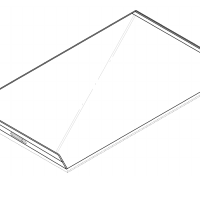 This is quite a different idea from previous single fold prototypes and concepts, which would have had either both or no sides showing the display. It is also somewhat a bit more practical compared to a completely flexible tablet. Only the screen really needs to bend and fold. The rest of the components, especially the battery and the motherboard, can remain in solid cases like before.

Samsung, of course, now has enough experience with bendable displays, as it flaunted in the Galaxy S6 edge. Of course, a curved display and a completely foldable one are very different. That said, Samsung definitely has the resources and the ambition to make it all happen. Just recently, it showed off again its prowess with its transparent and mirrored OLED displays. It might be confident enough to give rumors of a 2016 launch for such devices a bit more credence.