Prepare to get that meta feeling: when we caught up with Samsung for some post-unveil Galaxy Camera play, we thought what better to make the subject of our sample shot gallery than the Android camera itself. So, two Galaxy Cameras in hand (and with a couple of Galaxy Note II units along for the ride) we set out to put the Android snapper through its paces. Read on for sample photos and video of the Galaxy Camera in action.

We’ve not modified or edited the shots, bar the watermark, to give you an idea of what the Galaxy Camera alone is capable of. Still, it’s worth noting that there’s a reasonably comprehensive photo-editing suite onboard by default; you can make basic brightness/contrast style tweaks, crop shots, or fix redeye, or make more noticeable changes such as adding clipart, text and Instagram-style frames, as shown in our hands-on video (also shot using the Galaxy Camera):

As you can see, there’s some focus-hunting when filming close-up, with the Galaxy Camera struggling at times to keep a lock on the subject. In terms of functionality, mind, being able to instantly upload to services like Instagram, all from the camera itself, or indeed send the shot to Facebook, Twitter, Google+ or via email, is a real benefit. Moreover, you can set the Galaxy Camera to automatically upload all new shots to the cloud as you take them, perfect for instant sharing. 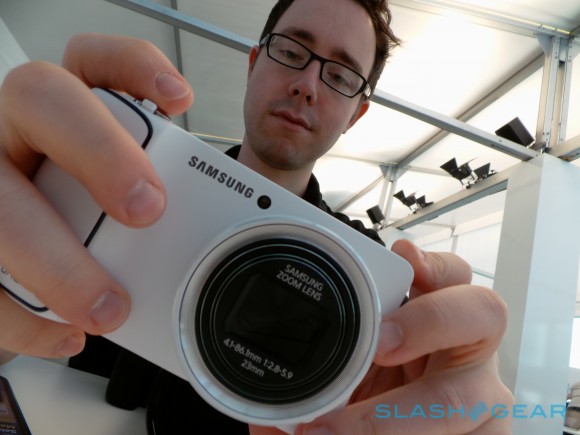 Samsung has pushed the camera option to the forefront of the TouchWiz interface – by default the icon is first in the homescreen quicklaunch bar – but it might be nice to have a dedicated hardware button to launch it. Otherwise, the 4.77-inch Super LCD touchscreen makes navigation incredibly straightforward, with enough space for clear previews of shooting modes and effects, not to mention easy text entry on the onscreen keyboard. It’s worth noting that some Android apps prefer portrait orientation, whereas the Galaxy Camera is most comfortable in landscape: Instagram is a notable offender, refusing to rotate. 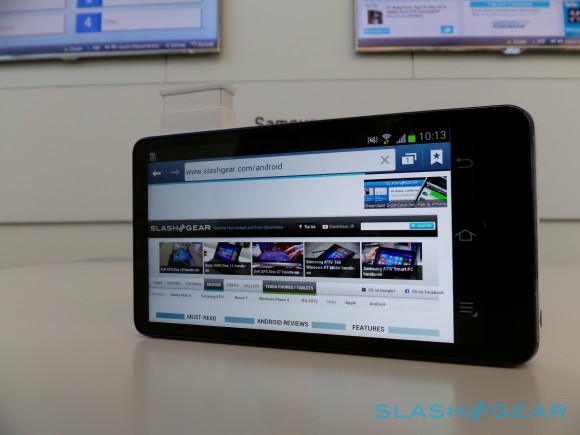 Stills look solid though not outstanding; this is, after all, a point and shoot. Touch-focus makes framing easy, and there’s little lag when you hit the shutter button; we did find that we initially kept tapping the silver onscreen button on the right, thinking more of camera apps on Android phones, but which on the Galaxy Camera actually pulls out the mode menu. Samsung is quick to point out that the camera isn’t running final software yet, so both photo and video output – not to mention things like focus hunting – may be changed by the time it reaches shelves. We’ve more hands-on impressions with the Galaxy Camera here. 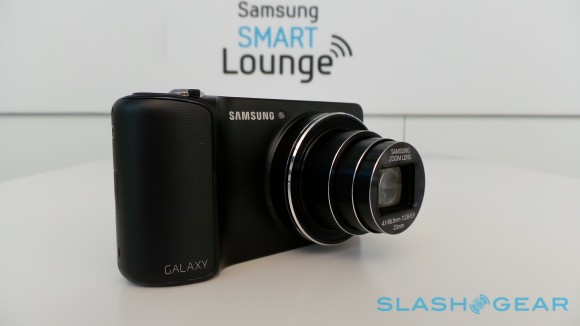 Just to reiterate, all of the photos in the gallery are unedited and as they came from the Galaxy Camera itself; the watermarks are the only thing we’ve added. Let us know whether you’re convinced by Samsung’s newest model in the comments.