Samsung’s latest Android tablet is up for sale today, and if Apple’s iPad line-up is more than you want to spend, a $160 Galaxy Tab A7 Lite could do the trick. Announced back in late May, the newest addition to Samsung’s slate series has a compact design and an 8.7-inch touchscreen. 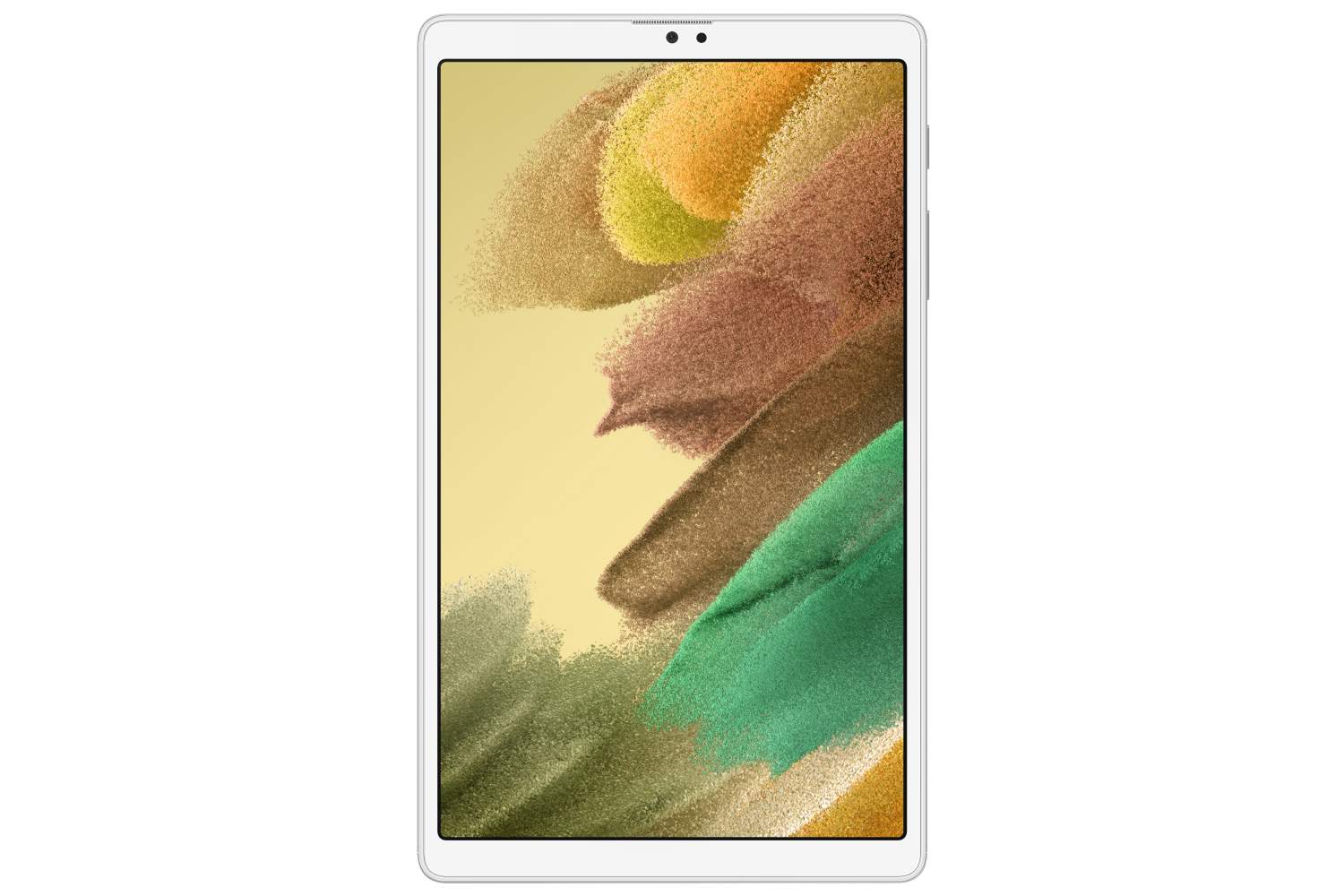 Where the latest iPad mini starts from $399, though, for the same amount you could get two of Samsung’s tablets. The Galaxy Tab A7 Lite is $159.99 for the version of the slate with WiFi connectivity and 32GB of internal storage; a 64GB model is $199.99. Both have a microSD slot which can handle up to 1TB cards .

They run on MediaTek’s Helio P22T octa-core processor, paired with either 3GB of memory for the 32GB model, or 4GB for the 64GB version. Connectivity includes WiFi 802.11ac and Bluetooth 5.0, and there’s a USB Type-C 2.0 port on the bottom. You also get a 3.5mm headphone jack and stereo speakers, and Samsung includes Dolby Atmos audio support too. 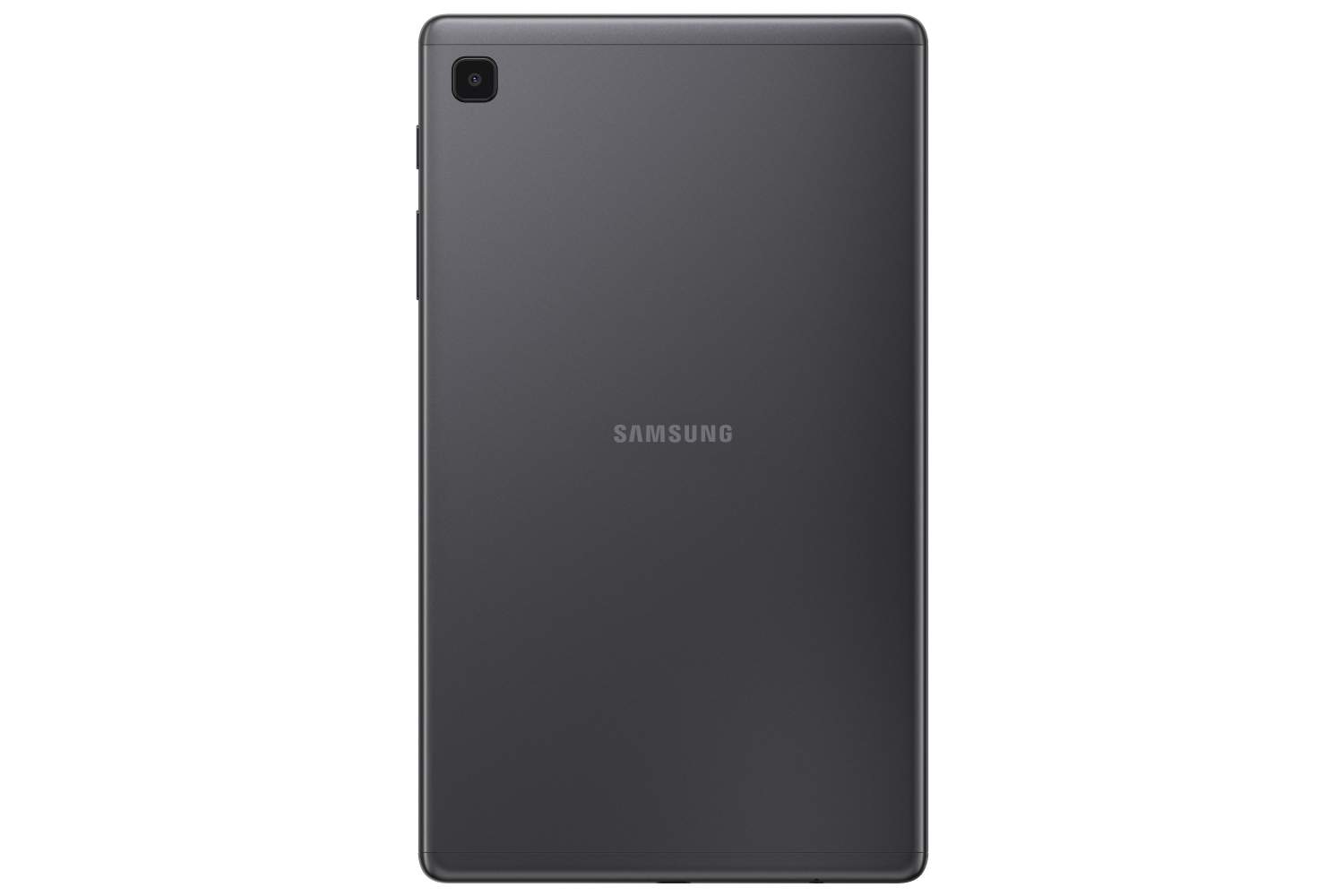 On the front there’s a 2-megapixel fixed-focus camera for selfies and video calls. An 8-megapixel camera on the back can shoot up to Full HD 30fps video, and has autofocus.

As for software, the Galaxy Tab A7 Lite runs Android 11 with Samsung’s usual One UI interface. There’s support for all of the company’s cross-device integrations, including auto-hotspot, the ability to wirelessly cast streaming across devices along with leaving off and resuming media you may have started watching elsewhere, and other links between phones, tablets, and PCs. 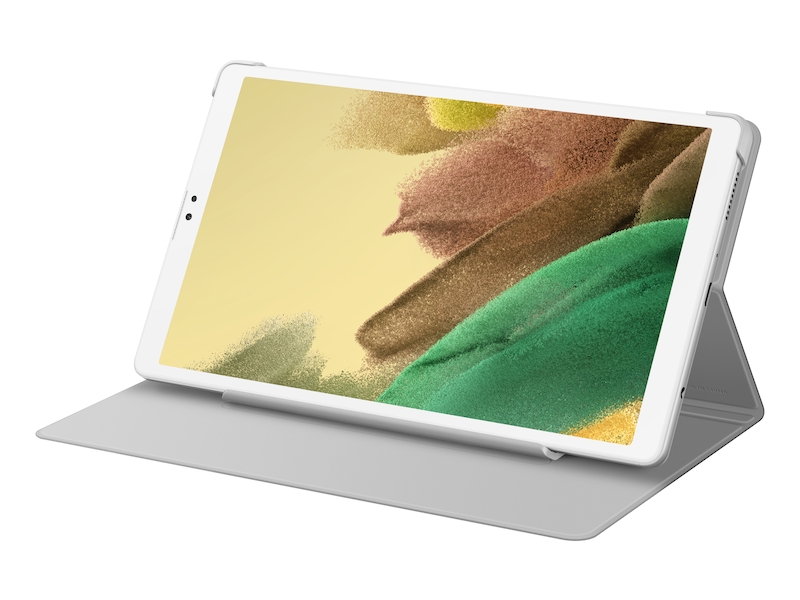 Samsung says that it expects at least a full day of use from the 5,100 mAh battery. While the Galaxy Tab A7 Lite may not be waterproof, it does have a metal casing so that should add a little extra reassurance for day to day use. There’s also an optional Galaxy Book Cover, which protects the tablet like a folio in addition to propping it up as a stand for hands-free video playback. Samsung doesn’t have a keyboard case, though the tablet should work with any standard Bluetooth keyboard.

While the WiFi-only version is available now in silver and gray, Samsung says that the Galaxy Tab A7 Lite LTE – which has an embedded 4G LTE modem too – will be arriving at US carriers in the coming days. Pricing will be confirmed closer to release.