The Samsung Galaxy Tab A7 Lite is a tiny tablet with low-end specs and a nearly-newest version of Android. This tablet has an 8.7-inch TFT tablet with 1340 x 800 pixel resolution with 60Hz refresh rate. This is the sort of tablet you buy if you want a simple, yet updated tablet-sized presentation of Android from Samsung.

The Samsung Galaxy Tab A7 Lite will be sold with Android 11. This tablet’s body measures in at 212.5 x 124.7 x 8mm, and it weighs in at between 366 and 371g, depending on if you’re getting the Wi-Fi version or the LTE version. As it is with any mobile data capable device, you’ll want to make sure this tablet is compatible with your carrier of choice before you drop any money – they don’t always match! 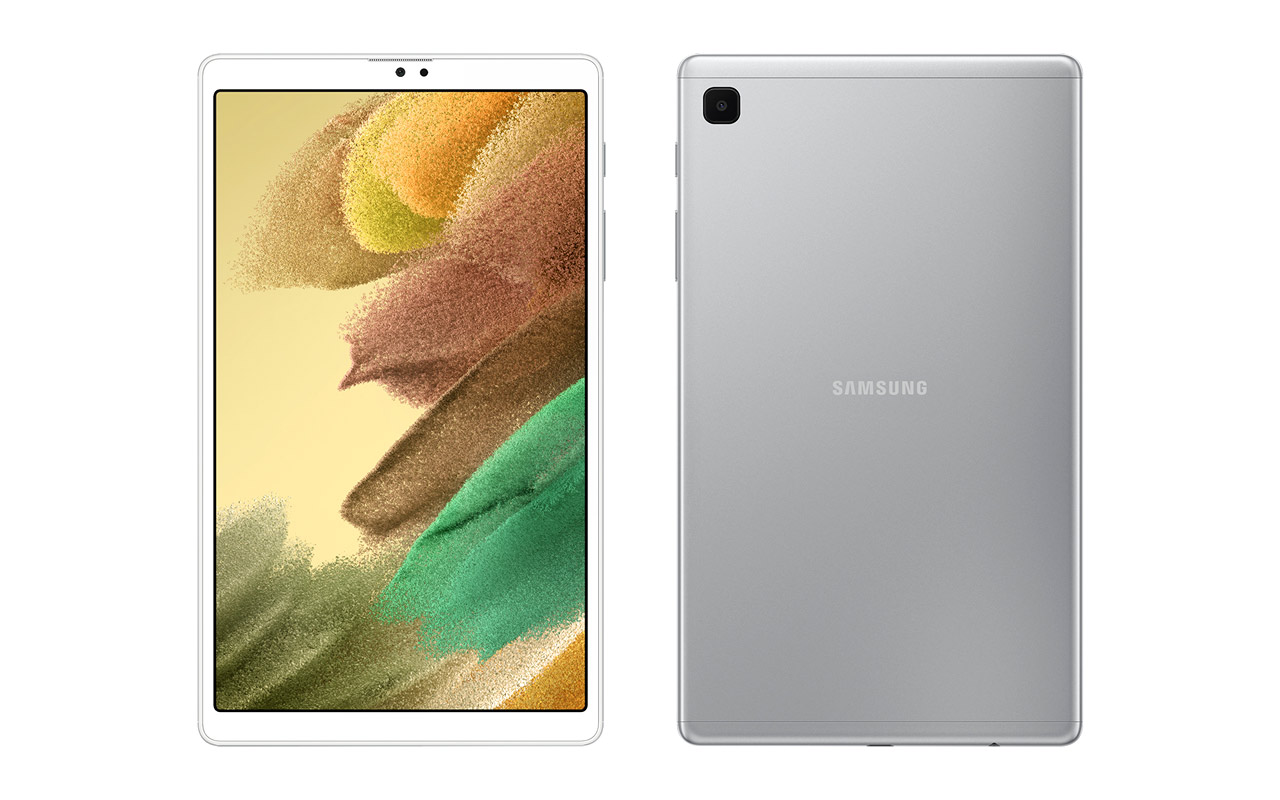 There’ll be two different color versions of this device, one in Gray, the other in Silver. Both versions work with USB-C connectors and both have a standard 3.5mm headphone jack. Both versions have accelerometers, compass, light sensor, GPS (+GLONASS, Beidou, Galileo), and Dolby Atmos audio with dual stereo speakers. That’ll likely be the most impressive part of the device – the speaker system.

If you’re looking for this device in the UK, you’ll find it available for approximately £149 or £179, depending on if you want the WiFi or LTE version. This device will have a release date in June of 2021 with a price in the USA of around $159 USD. If you’re looking for something slightly more impressive, drop back to the Samsung Galaxy Tab S7 FE revealed earlier today. That’s the one you’ll get if you want the highest end of low.