Samsung has a new “FE” device in their lineup – this time it’s a tablet. The Samsung Galaxy Tab S7 FE (Fan Edition) is effectively the same size as the Galaxy Tab S7+, but with slightly less extravagant specifications. It doesn’t have the same 120Hz display, it doesn’t have quite as powerful a processor, and it has the bare minimum in cameras and internal data storage. But it looks good, and it’ll cost less than its predecessors.

Back in September of 2020, we posted a Samsung Galaxy Tab S7+ Review. That device is very, very similar to this new Galaxy Tab S7 FE device. At least it’ll appear to be similar at first glance. They’re definitely designed by the same people, and run basically the same software.

The Galaxy Tab S7 FE has a TFT display that’s 12.3-inches diagonally with 1600 x 2560 pixels across its face. As such, the panel is larger than the original with the same amount of pixels as the original. The panel is the same size as the S7+ model, but has fewer pixels than that device. This FE version’s panel is also limited to 60Hz, rather than the 120Hz given to its predecessors.

You’ll still get an S Pen, it’ll still charge wirelessly thanks to the magnetic back panel system included with the tablet. This device still works with Samsung DeX and you can buy a Book Cover Keyboard. 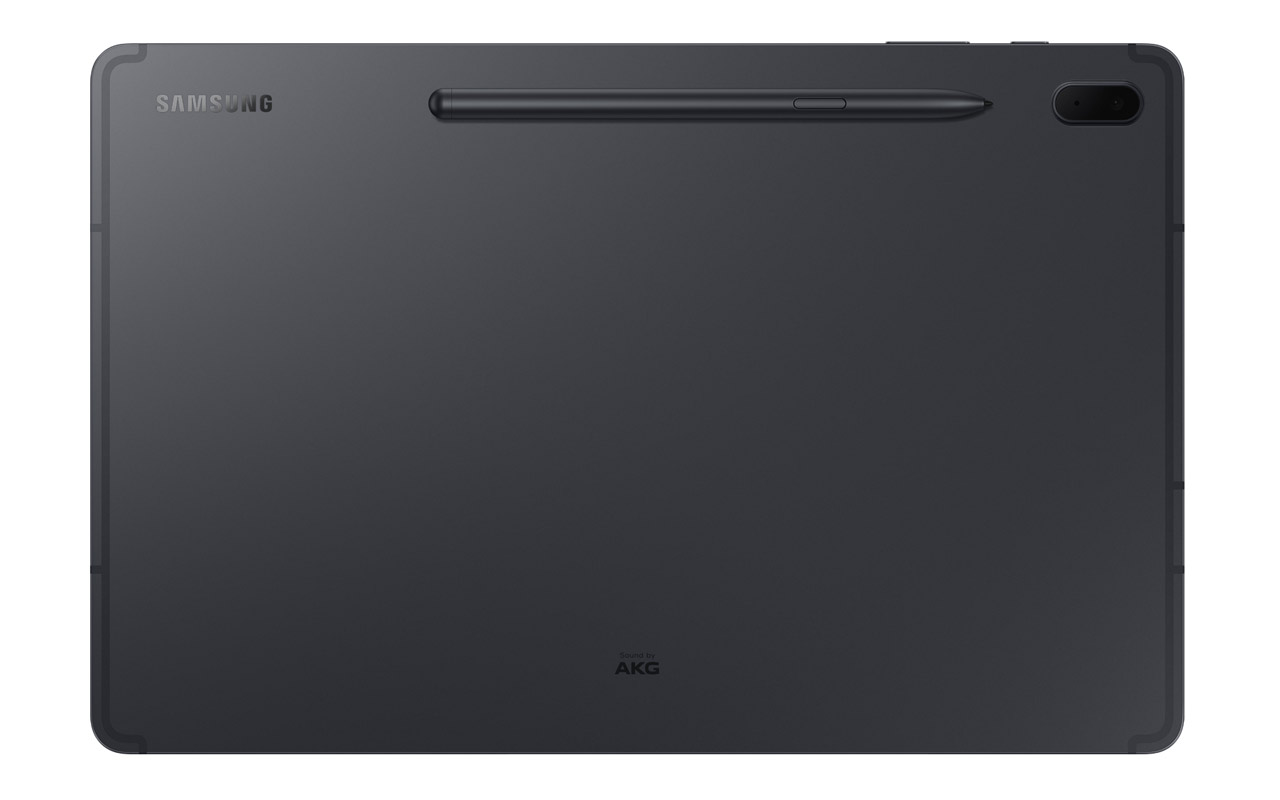 This Samsung Galaxy Tab S7 FE comes with a Qualcomm Snapdragon 750G processor. This is slightly less powerful than its predecessors, both of which use the Qualcomm Snapdragon 865. All devices have the ability to connect with GSM, HSPA, 4G LTE, and 5G bands. You’ll want to make sure you know which bands your carrier works with and whether your carrier will work with your chosen tablet before you buy.

The Samsung Galaxy Tab S7 FE will be released in four colors, including Mystic Black, Mystic Silver, Mystic Green, and Mystic Pink. Pricing will start at approximately $850 USD in the USA, and the release date is June 18, 2021.