Samsung has revealed the wireless charging kit for the Galaxy S III, a combination of a new battery cover for the third-gen flagship smartphone, and a desk cradle. Set to add the wireless power capabilities we loved from Palm’s webOS models to a far more appealing Android device, the optional kit will allow Galaxy S III owners to cut another cord.

Cord cutting has been a pretty common theme in Samsung’s Galaxy S III announcement. The company is also pushing AllShare, its wireless media streaming technology – both AllShare Cast, which sends out content from the phone, and AllShare Play, which can access content stored on other devices worldwide for playback and editing – and will be opening up the technology to developers too.

Technical specifications for the wireless charger kit have not been released, so it’s unclear whether it will recharge the Galaxy S III at the same rate as a regular microUSB connection. Based on our experience with third-party inductive chargers, there’s usually a penalty involved in terms of time, but the convenience of dropping your phone into a cradle generally outweighs that.

Pricing is yet to be confirmed, but the Wireless Charging Kit is one of several accessories for the Galaxy S III shown off today. We’ve got full details up on the site. 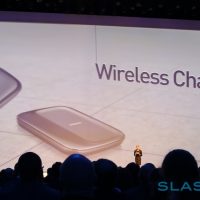 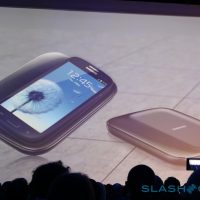 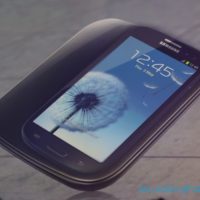